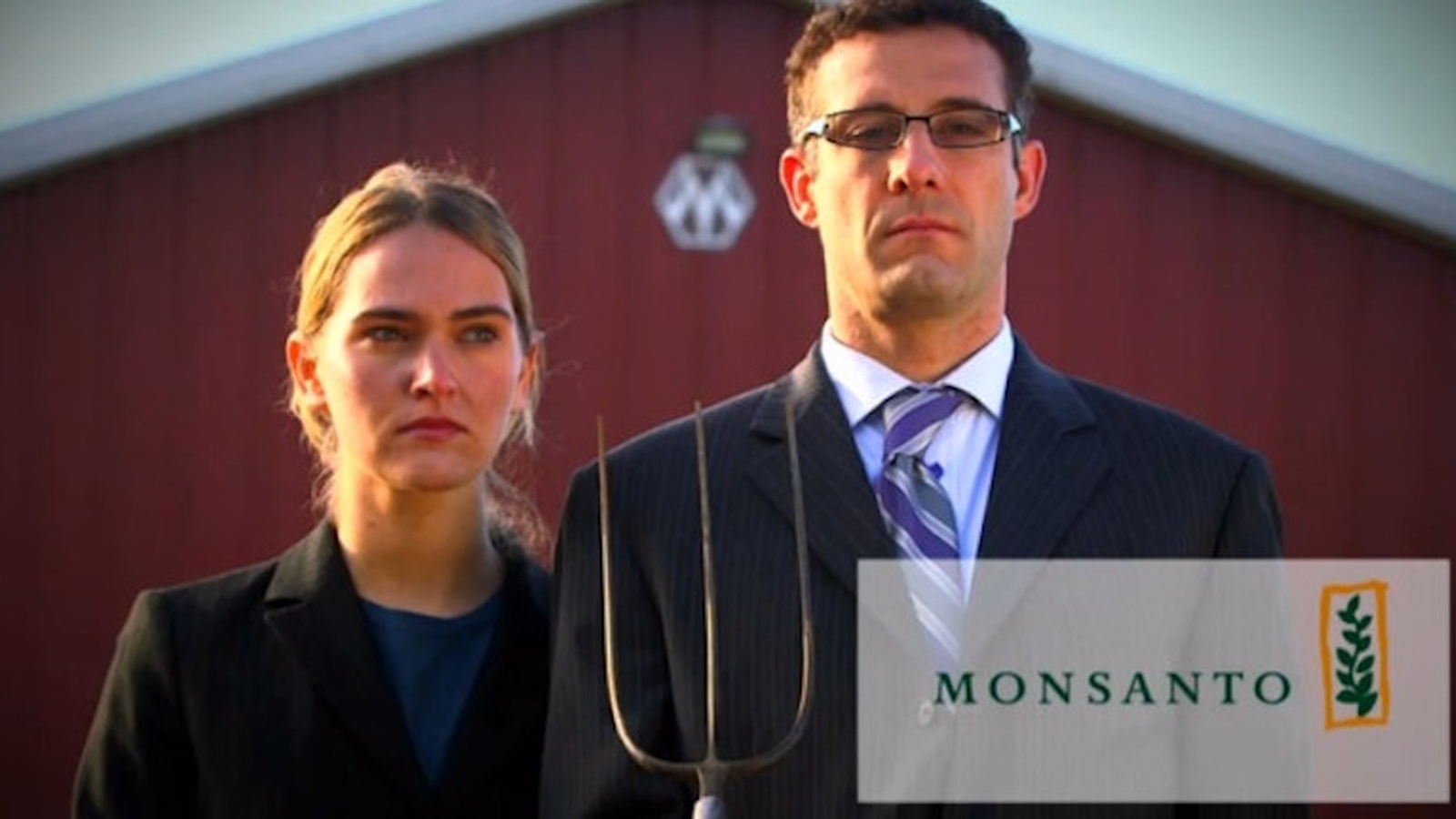 The Daily Show takes on Monsanto

The recent patent outrage from Monsanto is so ridiculous it's almost laughable! What are they doing? Forcing farmers to pay a yearly licensing fee to use new seeds, instead of reusing the ones from previous harvests like farmers have been doing for as long as we've been growing food! Then suing the farmers who reuse seeds from the year before instead of ordering new ones! They have successfully argued that they spend millions of dollars developing new crop varieties and that these products should be treated as proprietary inventions with full patent protection. Just as it's illegal to reproduce CD's or DVD's, farmers are not allowed to copy the GM seeds they purchase from companies like Monsanto.

But farmers who don't use these seeds are also being sued! Despite not using the seed, if their fields are unintentionally contaminated with them, they are 'breaking the law'. Over 140 lawsuits have been filed against farmers for using the seeds "without permission", and more than 700 cases have been settled out of court! And Monsanto is winning!

Monsanto tells us that their products are about the best thing to come along since sliced bread. For years they’ve been promising that Genetically Modified Organisms (GMOs) would reduce pesticide use, increase yields, reduce water consumption, and offer foods that are more tasty and more nutritious. I wish they were right.

But in the 20 years since GMO crops first came on the market, studies have found that they have led to higher pesticide use, and no meaningful improvement in flavor, nutrition, yield or water requirements. Instead, what they’ve created are plants that are engineered to withstand massive dosing of toxic herbicides, and plants that function as living pesticide factories. Monsanto’s Bt. corn, for example, is actually registered with the EPA as a pesticide.

With concern about GMOs and other changes to our increasingly toxic food supply growing fast, and with deaths from cancer, heart disease, diabetes, and other lifestyle and environment-related illness continuing to mount, more and more people are demanding to know the truth about our food.

In response, the 200,000+ member Food Revolution Network is offering a free online Food Revolution Summit. From April 25-May 3, some of the top food experts on the planet will be providing insights and clear calls to action in this teleseminar that is also being broadcast without charge on the Internet.

Monsanto, McDonald’s, and Coca-Cola probably aren’t too happy about the prospect of tens of thousands of thousands of people getting informed and mobilized.
But if you love life, safe food, and the truth, then you might want to check it out and sign up for free here.