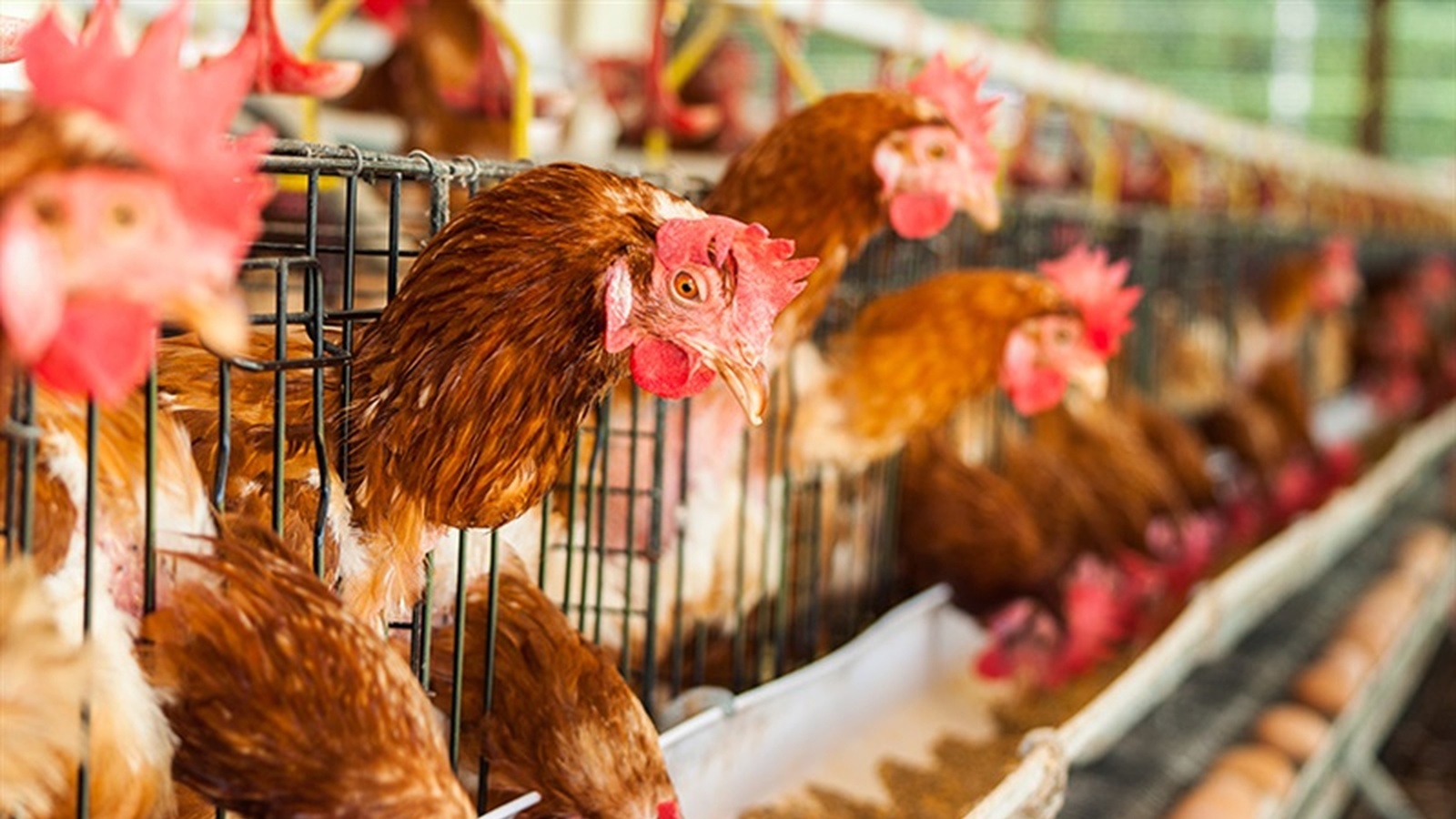 6 foods too cruel to eat

You may not be aware of what happens behind the closed doors of factory farms. That's because they don't want you to find out!
The brutality and horrific conditions animals are subjected to in these factories is simply unacceptable. All kinds of animals are being mistreated and harmed as part of a world-wide food chain that spares minimal thought for the animals in the system.

It breaks our heart to see so much unnecessary suffering but with more awareness, we can help change the outcomes for these animals.

There is so much cruelty occurring in factory farms, but today we’re highlighting what we believe to be 6 of the most gut-wrenching of all!

If you’re easily squeamish, you may want to proceed with caution.

This 'delicacy' is made by ramming pipes down the throats of geese each day pumping grain and fat into their stomachs, in a process known as “gavage.” This force-feeding causes the birds’ livers to swell to up to 10 times their normal size! They’re kept in horrific conditions, crammed into tiny, crowded cages. So distressed, they rip out their own feathers and attack each other, whilst struggling to stand because of their engorged abdomens. Unable to bathe or groom themselves. Many of them die from choking on their own vomit or from the grain being forced down their throat and entering their lungs.

In one factory, workers are expected to force-feed 500 birds, three times a day! This fast pace inflicts life-threatening injuries on the birds, so much so that workers are given a bonus if they kill less than 50 birds per month! Sickening! Not convinced? Watch this video.

Most mother pigs in the U.S. spend their entire adult lives confined to cramped metal crates. After giving birth, mother pigs are moved to “farrowing crates,” with only a tiny additional concrete area on which the piglets can nurse, surrounded by cold metal bars and forced to lie on wet, feces-covered floors.

Piglets are taken away less than a month after being born, with male piglets castrated without pain killers. Both males and females get their tails cut off, teeth clipped in half, and ears mutilated. Forced to live in their own feces and vomit until fat enough for slaughter, and pumped with antibiotics as a growth promoter. At any given time, more than one-quarter of pigs suffer from mange, yet many farmers simply kill sick animals instead of giving them medicine or veterinary care in order to save money. You can find out more here.

What a horrendous way to treat such sophisticated, intelligent and loving animals!

Female calves are slaughtered or kept alive to produce milk, but the male calves are taken away from their mothers as young as one day old to be chained in tiny stalls for a mere 3 to 18 weeks and raised for veal. They're fed a milk substitute designed to make them gain at least 2 pounds a day, whilst being fed a diet purposely low in iron so they become anemic, and their flesh stays pale. Their short lives are lived in suffering, terrified and desperate for their mothers, and suffering from illness such as diarrhea, pneumonia, and lameness. Truly heartbreaking!

Calves are removed from their mothers as early as one day after being born, so that the mother can be used for milk production. The cows spend their entire lives standing on concrete floors or confined to massive, crowded lots, where they are forced to live in their own feces. The natural lifespan of cows is approximately 20 years, producing milk for 8 or 9 of these years. However, due to the stress and diseases caused by these inhumane conditions, their milk production slows early, and they are rendered worthless to the dairy industry by the young age of 4 or 5! These cows are then sent for slaughter, if they haven’t already met their cruel fate as a result of developing painful inflammation of the mammary glands (mastitis)!

Most hens spend their lives in battery cages crammed in with 5 to 11 other hens, stacked tier upon tier in huge warehouses. The wire mesh of the cages rubs off their feathers, chafes their skin, and causes their feet to become crippled, as well as developing osteoporosis, resulting in broken bones. As only the female chicks are "useful", millions of day-old male chicks are killed in a high-speed grinder every year. Although chickens can live for more than a decade, hens raised for their eggs are exhausted, and their egg production begins to wane when they are about 2 years old. When this occurs, they’re slaughtered. The chickens are caught by workers and shoved into crates so forcefully their bones are broken. Once they reach the slaughterhouse, they are dumped from their crates and hung upside down in shackles, further injuring their legs, which are already tender and often broken. Their throats are cut open by machines without any pain killers, and they are immersed in scalding-hot water for feather removal. Disgusting!

Traditionally, all beef was grassfed, but thanks to government subsidies and increase in demand, it's cheaper and faster to feed them grain.

After the first few months of life spent on pasture or rangeland grazing on grass or alfalfa, the steers are rapidly fattened using grain. Enormous amounts of corn, soy-based protein supplements, antibiotics and other drugs, including growth hormones are pumped into the steers to speed up the 'fattening' process. This unnaturally rapid weight gain is profoundly disturbing to the animal's digestive system.

A cow's rumen naturally produces a lot of gas, which is expelled by belching during rumination. But consuming a diet high in starch, and low on roughage, rumination practically stops, and a layer of foamy slime that can trap gas forms in the rumen. This inflates the rumen like a balloon, pressing against their lungs and, if no action is taken (usually a forced hose down their esophagus), the cow suffocates to death!

The high corn diet can also result in acidosis, causing potentially lethal heartburn or sickness. Acidotic animals stop eating their food, eat dirt, pant and salivate excessively and paw at their bellies. Resulting in diarrhea, ulcers, bloating, liver disease and a general weakening of the immune system that leaves the animal vulnerable to everything from pneumonia to feedlot polio. It's unnatural and incredibly unkind!

How To Make A Difference

Choosing to consume animal products is a personal choice, however the easiest way to reduce this torment and horrific torture is to opt for a plant-based diet. If you do eat meat and other animal products, research where your food comes from, and source local, ethical and humane farms. Opt for Free-Range, Grass Fed, Organic, Hormone and Antibiotic-Free, avoiding factory farmed products at all costs!

What are some foods you would never eat?