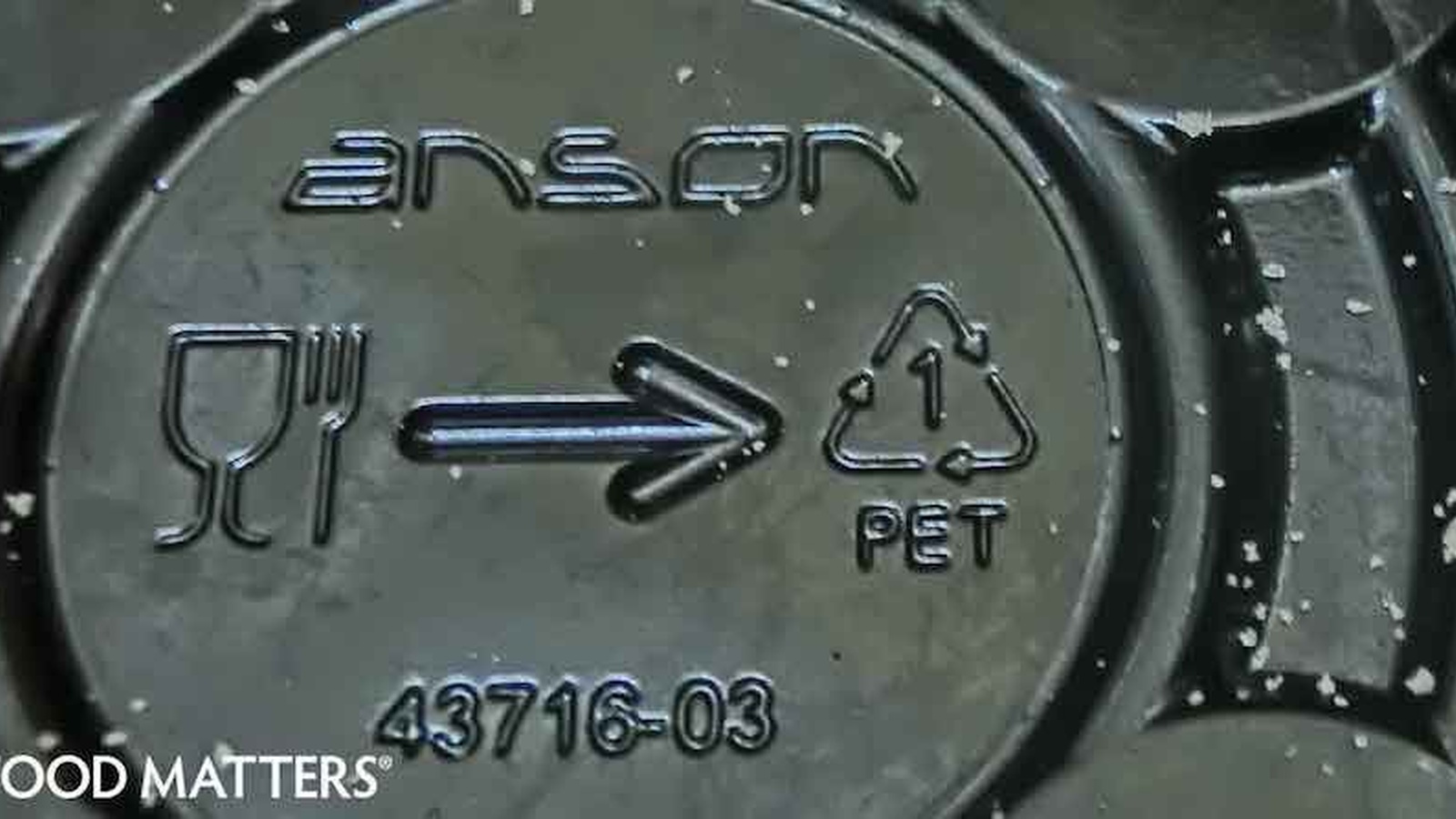 Earlier this year, when Germans were cracking open boxes of chocolate muesli—a common breakfast cereal in their country—it’s unlikely their thoughts slid to the chemical 4-methylbenzophenone, much less to the fact that this component of printing ink had slipped from the outside of the cardboard box and into the cereal. That is, until the European Food Safety Authority (EFSA) was asked to look into the matter.

Open a cereal box or a carton of juice, breathe in an asthma drug from an inhaler, or pop an antihistamine pill out of a plastic pouch’s metal foil. You are probably thinking about the product you’re about to consume and not about its packaging—except, perhaps, for a twinge of regret about contributing to landfill waste. But here’s something to keep in mind: Even when the wrapping comes off, you inevitably ingest some of the container.

Plastic, rubber, cardboard, metal, and glass packaging act as a barrier against all sorts of contamination, but they are also a source of contamination. Speak with anyone who produces, studies, or regulates packaging, and you will hear this point repeated: It is not a question of whether packaging components will leach into a product, it’s a question of how much. “If you have a material in contact with food, and if it’s not completely inert—and there are no completely inert materials—something in the packaging will end up in the food,” says Dimitrios Spyropoulos, a regulator at EFSA.

The same holds true for pharmaceuticals. “You will always have leachables,” says Guirag Poochikian, a retired U.S. Food & Drug Administration regulator who used to evaluate leachables from inhaler devices. “The question is ‘What are they, and what is their safety margin’ ” in humans?

As analytical technology improves—in some cases allowing parts-per-trillion levels of detection—trace, and sometimes not-so-trace, levels of thousands of different leachables can be measured in food and pharmaceuticals. More challenging is tracking down the source of migrating compounds and figuring out what levels are harmful to human health. Controversies over what migration levels constitute harmful human exposure continue to simmer. And even as researchers come up with new strategies for reducing leachables, cases of unexpected packaging chemicals migrating into food or drug formulations point to the need for further diligence.

Packaging leachables have a daunting number of potential sources: They can originate from the molecular makeup of the container or from chemicals a container encounters during manufacturing, sterilization, or shipping.

Plastic is by far the most common packaging material—think food and pill bottles, plastic wrap, prefilled syringes that carry units of injectable drugs, or even intravenous-fluid bags.

Leachables from plastics can include everything from leftover monomer building blocks to additives used to make plastic strong or malleable. Probably the most infamous leachable from plastics is bisphenol A (BPA), which is used as a building block in polycarbonate bottles and in the epoxy-resin liners of metal cans.

Last year, the Canadian government banned the use of BPA in baby bottles as a precautionary measure against the risk that its presence could cause endocrine disruption in children—a risk that other regulatory agencies such as FDA dispute. But BPA is just one of hundreds of molecules that can migrate out of plastics.

Other specialized packaging materials include the waxy wrapping that covers hamburgers or lines the inside of microwavable popcorn bags. Recently, Scott Mabury, a chemist at the University of Toronto, showed that this kind of packaging leaches polyfluoroalkyl phosphoric acids (PAPs), which are then absorbed by humans and accumulate in the body. These compounds can be metabolized in the body to perfluorinated carboxylic acids, which may be carcinogenic and hormone disrupting.

And then there is ink. Most packaging is covered with some form of print, be it branding or a bar code. Unfortunately, the chemicals used for printing have an uncanny ability to wind up in food and pharmaceuticals. Besides this year’s muesli case, millions of liters of infant formula were recalled in 2005 in Italy, Portugal, Spain, and France when another printing-ink component called isopropylthioxanthone was found in the product. Tetra Pak, the firm that supplied the formula’s packaging to Nestlé, has since phased out the chemical’s use.

Only after leachables have been identified, quantified, and sourced does the most critical step occur: determining what levels of leachables in food or drugs pose a risk to human health. Regulatory agencies have entirely different approaches to assessing the risk in food versus pharmaceuticals.

In the U.S., the Code of Federal Regulations lists ingredients that manufacturers may use to make packaging that contacts food, including a limit of how much of the additive can be present in the packaging. If a company wants to get a new additive approved, it must figure out how much leaches out of the packaging and into the food over 30 days; further migration for the remainder of the product’s shelf life is extrapolated, Begley says. In some cases, migration is assumed to be 100%, he adds.

In the European Union, a specific list of food-allowable components exists only for plastic packaging. All other components of packaging are subject to a general rule that food-contact materials should “not transfer their constituents to food in quantities which could endanger human health,” Spyropoulos says. When evaluating the possible health risk of food-packaging constituents, EFSA assumes a consumer will eat 1 kg of food containing the ingredient in question and sets limits on the basis of toxicological concerns of that consumption.

When it comes to pharmaceuticals, governments worldwide have not made any regulations on leachables. Instead, regulators, including those in the U.S. and the EU, evaluate the risk of leachables from a new drug’s packaging on a case-by-case basis as the drug traverses regulatory approval. Although there are no set rules for drugs, some of the elements of pharmaceutical packaging evaluation are more stringent than for food. For example, FDA requires data on pharmaceutical leachables throughout the entire shelf life of the product, instead of just the 30 days for food. “Pharmaceutical companies often look to packaging components that are allowed in food as starting points for drug-packaging design,” Stults said at the conference.

Generating toxicological data for a given leachable, which is expensive because it often involves animal studies, can lag behind the leachable’s identification. For example, in the case of contamination of infant formula by the ink compound isopropylthioxanthone, EFSA had to work with a limited amount of toxicological data for the compound. In the end, the agency concluded that the levels of isopropylthioxanthone didn’t pose problems to infants, but, “We said to industry that if it was going to be used, we would need more toxicological data,” EFSA’s Spyropoulos says. “Industry preferred not to use more money to do the studies but to abandon its use.”

The packaging industry is also coming up with new ingredients and additives that leach less but do the same job. For example, after the EU banned the use of di(2-ethylhexyl) phthalate plasticizers in baby toys in 2005, companies developed a cornucopia of substitutes such as pentanediol diiso butyrates, cyclohexanedicarboxylic acid esters, and monostearate derivatives.

The common feature of all potential solutions to the leachables problem is that they cost money—sometimes several times the price of the components they replace. It remains to be seen whether consumers are willing to pay more for expensive packaging that reduces leaching into their food and drugs.

Keep an eye out for the following "suspect" numbers found on the bottom of plastic packaging.

A possible carcinogen.  Found in cooking bottles and clear food packaging, number 3 plastics may release toxins into your food and drinks.  The risk is heightened when these containers are put through the dishwater, heated up, or frozen.

Number six plastics are what we call Styrofoam, and release toxins into our food when heated up.

Found in baby bottles, water bottles (like mine), and food containers, number 7 containers can leach bisphenol A- a hormone disruptor that can lead to neural and behavioral problems in children.  BPA is a synthetic hormone that  can stimulate premature puberty and even lead to breast development in males.  BPA has also been linked to prostate cancer.