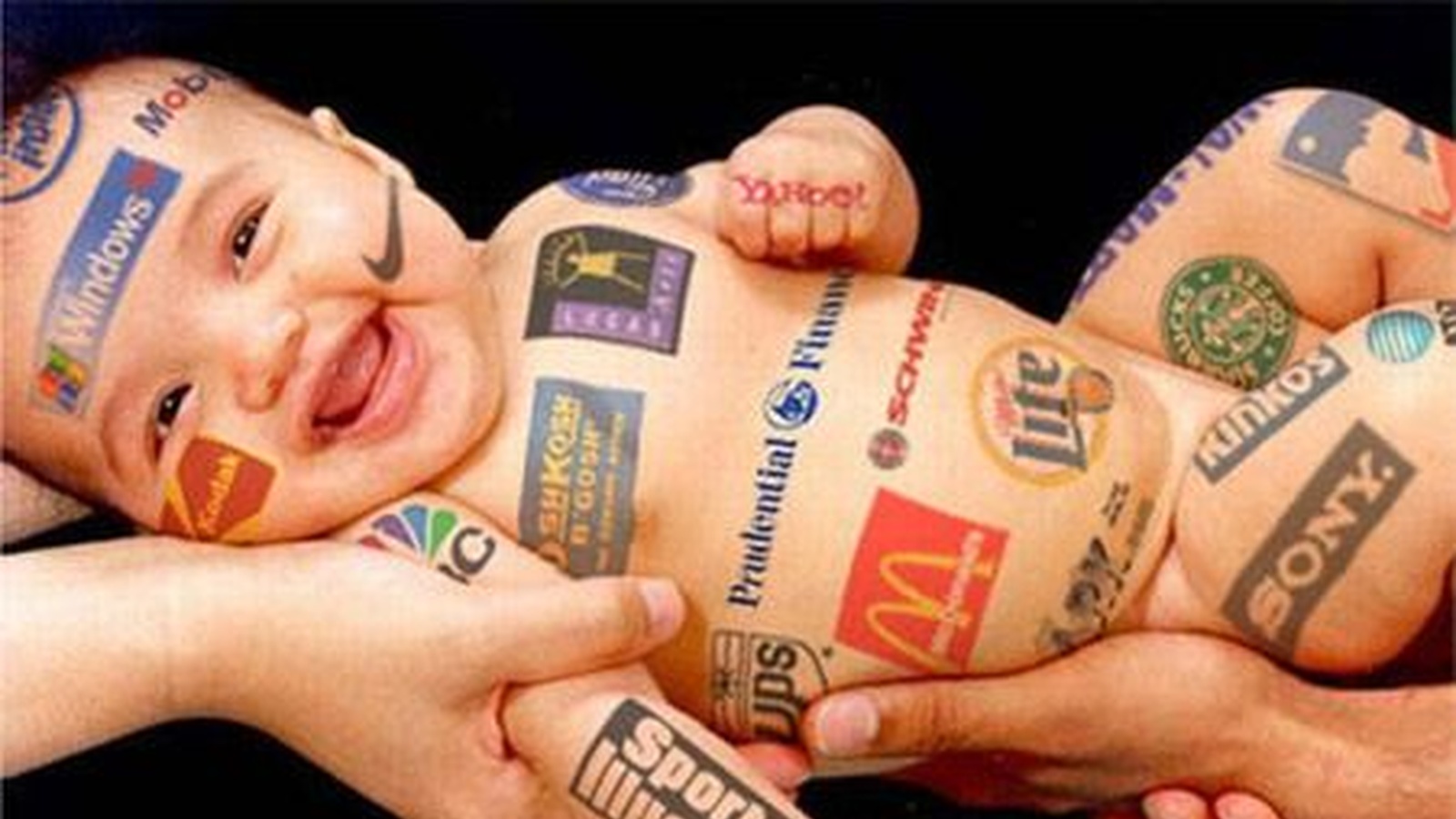 Marketing To Our Kids: Have We Gone Too Far?

I can't be the only one noticing it. In fact I'm pretty sure I'm not. Drugs are being marketed directly to our children. If you don't believe me, just take a closer look at the commercials plastered around our TV shows at an estimated and alarming 80 an hour, many targeting our little ones with images of animals and cartoons. Everywhere in the world, except the United States and New Zealand, direct-to-consumer pharmaceutical drug advertising is prohibited. Perhaps it's time to think about why it should be banned here, too.

TV ads are designed to make an impact. They are meant to foster brand familiarity and loyalty. They appeal to our emotions. They often emphasize our shortcomings as fathers, mothers, friends, and spouses. Commercials influence us into thinking that using a particular product is a normal, ordinary, good idea: an everyday thing to do that everybody is doing.

I remember being shocked the first time I saw a pharmaceutical drug ad on TV. I couldn't believe that anyone would take a medication with a list of side effects that seemed so much worse than the disease it supposedly helped treat. Now, it is easy to become numb to them. The sheer volume of drug advertisements we are inundated with on a regular basis practically ensures we accept them as a natural part of life. Now that their presence isn't as shocking, it is easy to pay more attention to the beautiful imagery on the screen rather than the described dangers of the drug. I can rattle off brand name after brand name, and I'm not even paying attention, nor do I have any interest in them.

Until recently. When my baby girl starting pointing at cartoons and animals in pharmaceutical ads, I had had enough. 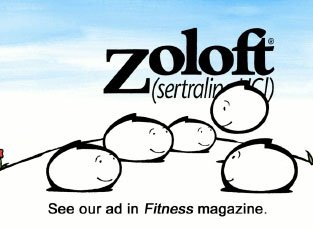 There is no money in selling something nobody believes in. Drug companies want their commercials to be appealing. When I was little, I once asked my dad why they called a certain candy a "Thin Mint." He said because no one would buy them if they called them "Fat Mints."

Drug ads are alluring, especially to young eyes. The commercial for the drug Abilify, a buddy for your antidepressant, has a friendly little cartoon "A" coming to the rescue of a happy little Rx pill and a lovely cartoon woman. Variants of their commercial showcase a childish depression cloud and a rainy cartoon umbrella. A quick glance would have you believing you are watching children's programming meant to teach about the alphabet or the weather.

The antidepressant Zoloft bouncing cartoon ball can't be described as anything but cute (who doesn't love a cowlick?) and even more "adult" commercials like those for the inhaler Spiriva have real live elephants capturing the attention of my toddler.

How about those positively mesmerizing Lunesta commercials with the peaceful glowing butterflies? (She loves those.) An entire nation appears to be on drugs as the butterflies, indicated with thousands of illuminated specks, glow across a map of the United States. They capture your attention as a voice softly coos, "Join us." This particular ad doesn't even tell you the name of the drug, and therefore doesn't have to tell you what is wrong with the drug, either.

The commercial advises you to seek out their website, ProjectLuna.com, which dons a name rather similar to their "unnamed" product. Of course, they've already made you familiar with their drug in numerous other broadcasts, so they don't even need to tell you what it's for. It's kind of like the Nike Swoosh. We all know what it means.

Do adults really need cartoons to understand what a drug can do? Or is there a more sinister plot afoot?


A Lesson to Be Learned, Again 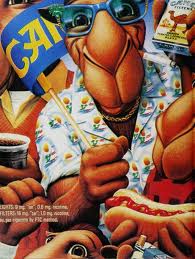 Have we forgotten about Joe? Perhaps we should take a step back in time and consider the R.J. Reynolds Tobacco Company. Joe Camel, the cartoon promotion for Camel cigarettes, "which the Federal Trade Commission (FTC) alleges was successful in appealing to many children and adolescents under 18, induced many young people to begin smoking or to continue smoking cigarettes and as a result caused significant injury to their health and safety."

R.J. Reynolds was accused of promoting a "dangerous" product through "a campaign that was attractive to those too young to purchase cigarettes legally." Joe Camel was "as recognizable to kids as Mickey Mouse." After the campaign started, the FTC claimed "the percentage of kids who smoked Camels became larger than the percentage of adults who smoked Camels". Were kids starting to smoke, and continuing to smoke, because of good ol' Joe? Were they too young to know what hit 'em?

As to "medicine," I used to use very little of this stuff for infants. Now, I categorically state: just say no to drugs.

We're Asking for It

Maybe kids can't get their own prescription, but they know someone who can get it for them. We lead by example. We are going to our doctors and asking for drugs for ourselves and for our children. Our doctors are all too happy to dole them out. They'll even throw in some free samples to get you started. There are billions of dollars spent every year advertising drugs directly to us, and it is working. The most heavily advertised pharmaceuticals see the largest increase in prescriptions and purchases. 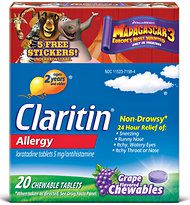 I believe advertising drugs in a child-friendly way is dangerous. For example, what kid doesn't have a bad day? Or a ton of them? Being moody is part of being human, and it is certainly part of being an adolescent. Putting the idea in a young mind that being upset is an emotion that should be medicated is tricky territory. Critics of the pharmaceutical industry agree that "a lot of money can be made from healthy people who believe they are sick".

Kids want to be happy. Parents want to help their children feel better. They may see minimized risk due to the positive associations drawn from drug commercials. We may be overconfident in drugs and in the doctors that prescribe them. We may think, "Well, if my physician gave it to me, it must be okay."

Making drugs a common and everyday part of life: it appears that's what pharmaceutical companies are trying to do. I think back to school trips I took with my middle school students. We are required to carry their medications when we travel, and each year, over the course of many, the hefty Ziploc bags I lugged around filled with medications grew and grew until I practically had my backpack overflowing with them. Eight to twelve kids, and a backpack full of meds. What was happening? I was surprised, but perhaps I shouldn't be: One out of every two people in America is taking prescription medications. And so too is their cat.

It took 23 years before Joe Camel was taken out. How long before we pop the Zoloft bubble and squash the Nasonex bumblebee?

Drugs are dangerous. The front page of Zoloft's own website states "Antidepressant medicines may increase suicidal thoughts or actions in some children, teenagers, and young adults especially within the first few months of treatment".

With over a hundred thousand deaths every year due to pharmaceuticals taken as directed, I really don't want my kid to be among them.