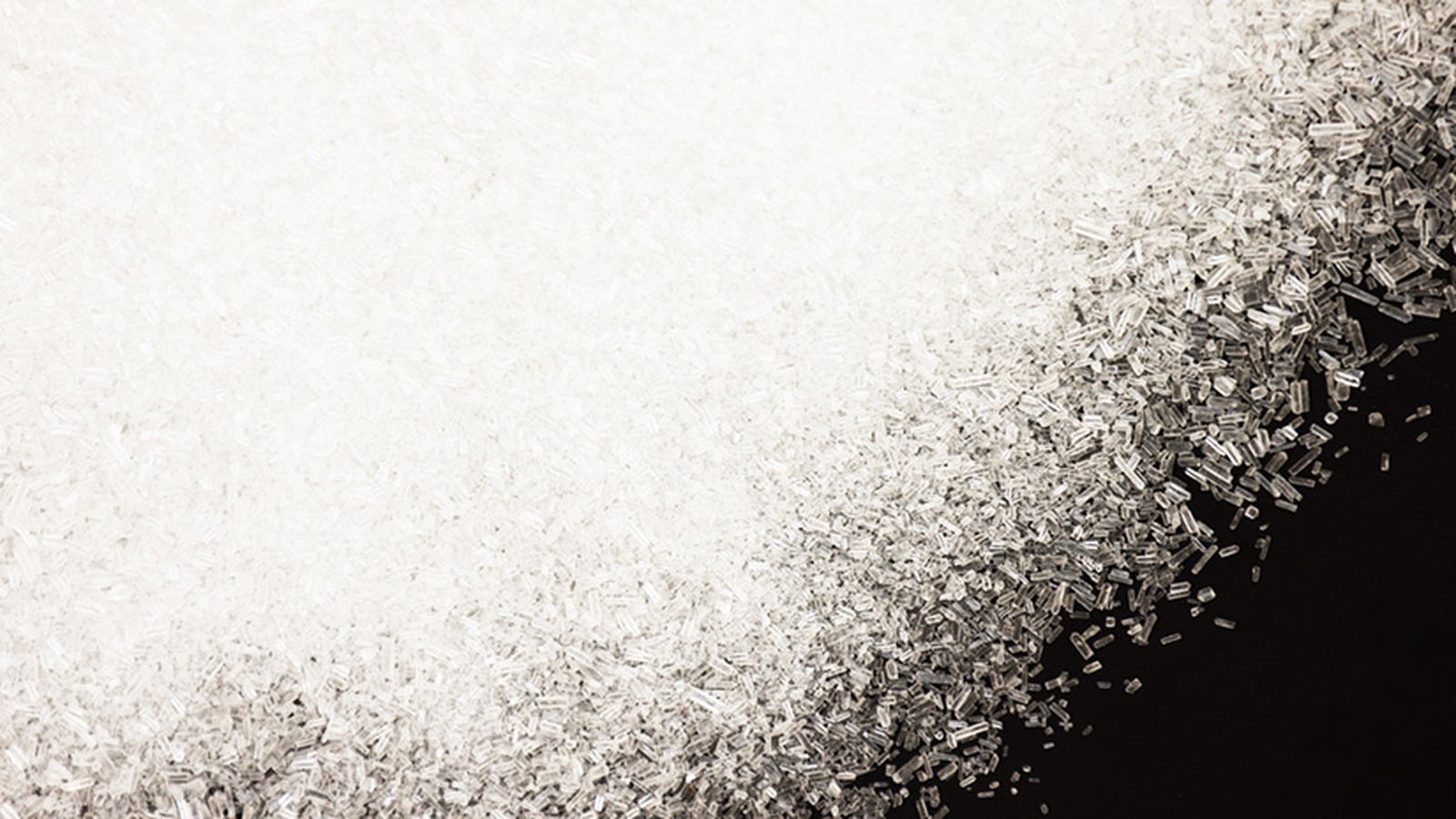 The Dangers of MSG

(NaturalNews) MSG, or Monosodium Glutamate is a salt that is chemically converted into a flavour enhancer. Research has shown that MSG, found in most popular processed foods, causes weight gain and obesity in lab animals by damaging the appetite regulation center in the area of the brain known as the hypothalamus, causing leptin resistence. Leptin is the hormone that controls how much a person feels like eating. The fullness, gratification and satisfaction that come from having eaten is completely lost when MSG is consumed, leading to an urge to eat that never stops. A recent cross-sectional study in China supports the conclusion that what was seen in the animal studies also applies to people.

The study, reported in the August edition of Obesity examined the association between MSG intake and weight gain in humans. Researchers conducted a cross-sectional study involving 752 healthy Chinese people ages 40-59. These people were randomly sampled from three rural villages in north and south China. Forty-eight percent were women. The great majority of the participants prepared their foods at home, without use of commercially processed foods. For the study, participants were told to add quantified amounts of MSG when preparing their foods. Eighty-two percent of the participants were MSG users. Their average intake was 330 milligrams per day.

After adjusting for confounders including physical activity and total energy intake, the researchers found that MSG consumption was positively related to increases in body mass index. Weight gain was significantly greater in MSG users than in nonusers. For the third of participants using the highest amount of MSG, the odds of reaching overweight status were between 2.10 and 2.75 greater than for nonusers.

MSG is an excitotoxin that causes brain damage

MSG is a food additive found in almost all commercially prepared and packaged food. It supercharges the taste of food, but not in the way you would think. MSG operates on the brain, fooling it into thinking food tastes really great. MSG is an excitotoxin in the brain, meaning that it over stimulates the brain causing the production of excessive amounts of dopamine. This creates a drug-like rush that provides a brief sensation of well being. It is highly addictive, causing its consumers to keep coming back for more and end up overeating. In the process, brain cells are destroyed.

Because MSG damages the brain and alters the ability of the brain to respond to the signal from the hormone leptin that satiety has occurred, it is a prime culprit in the epidemic of obesity that has everyone scratching their heads as to cause. Several research studies have shown that ingestion of MSG induces obesity in rats. In fact, when researchers want to fatten up lab rats for experiments, they feed them MSG because its effect is so predictable and rats will bulk up with regularity. MSG destroys the hard wiring in the brain of a rat like it does in the brain of a person.

Corporations that sell processed food love MSG because it makes cheap ingredients taste great. The success of their highly addictive branded flavors depends on their ability to stimulate the brain and create a repetitive response to these products. Instead of creating a quality product that tastes good on its own merits, processed food producers just lace a low integrity food product with MSG without regard for the negative effects it will have on the person who eats this product.

One of corporate America's best friends, the FDA, has said for many years that consumption of MSG is safe, and has condoned its use as an additive flavor enhancer in countless processed and branded food products. As obesity has reached epidemic proportions in American society, the FDA has purposefully ignored the steady stream of research showing its obesity producing effects. WHY is the US government OK with MSG in our food, especially when obesity and diabetes appear to be a problems they would like to address? Good question.

Chronic inflammation is a common theme in a variety of disease pathways, including autoimmune diseases. It is a concern due to its increasing prevalence in the westernized world and its direct correlation with lifestyle factors, particularly the diet. Diet caused liver damage may lead to liver cancer. In a study reported in the February-March, 2008 edition of the Journal of Autoimmunity, researchers reported that injecting MSG in mice leads to significant liver inflammation along with obesity and type 2 diabetes. To address the long-term consequences of MSG on inflammation, they performed serial analysis of MSG injected mice and focused in particular on liver pathology.

They found that by the age of 6 and 12 months, all MSG treated mice developed liver inflammation and structural change. Lesions were detected in some cases. They concluded that their results take on considerable significance in light of the widespread usage of dietary MSG and suggested that MSG should have its safety profile re-examined and potentially be withdrawn from the food chain.

The FDA condones food producers hiding MSG in their products

When people become aware of the dangers to their health and well being from the use of MSG, they no longer want to buy products that contain it. The producers of processed foods know that people don't want to consume MSG but are unwilling to remove it from their products because without it, people wouldn't want to buy them unless the quality was greatly improved, a task which would raise the cost of production. So they have gone to extremes to hide MSG in their products and this has been allowed by the FDA.

The use of MSG is another example of how corporate America has turned its back on the very consumers who buy their products, all in the name of greed. By continuing to pump their products full of MSG after knowing their customers do not want to consume it, food corporations are showing the ultimate in contempt for the food buying public, a contempt which should produce outrage rather than brand loyalty.


MSG is the world's most widely used flavor enhancer

It's very difficult to find any canned or packaged food item that does not contain MSG in one of its hidden forms. It's in canned and boxed soups, dried soup mixes, frozen prepared meals, canned prepared meals, fast food, junk food, snack food, Chinese food, gravy, stew, chili, canned beans, salad dressing, seasoning blends and mixes, bullion, broths, and prepared pasta products. Most restaurant food contains loads of MSG. It's what makes the restaurant experience so compelling. Hot food bars at grocery stores have foods containing MSG. Even high priced prepared foods that market themselves as gourmet are laced with MSG, such as the soup mixes and other non-dessert products at Harry and David's

You won't escape MSG shopping at Whole Foods or other stores that claim to sell healthy food. Many of the bagged, bottled, frozen and canned foods at Whole Foods contain MSG hidden under another name. Some of the deli dishes as well as those on the hot bar and the take-out rack contain hidden MSG.

Most processed food for children also contains high levels of MSG, such as spaghetti O's and other prepared pasta or pasta mixes, alphabet soup and chicken noodle soup, microwavable cups, packaged dinners marketed to kids, and much more. A meal of MSG containing food can raise the blood level of excitotoxin to a value proven in primates to destroy brain cells. A child's brain is four times mores sensitive to damage by excitotoxins than is the brain of an adult.

Chronic MSG ingestion by children may be one reason behind the nation's falling test scores, as well as attention and hyperactivity problems exhibited by children at home and at school.

The best way avoid MSG is by buying whole foods and preparing them at home. The next best thing is to become an expert at label reading and knowing the various disguises under which MSG travels. There are a few packaged prepared items at traditional grocery stores that do not contain MSG. At health food stores there are many more.

When you have managed to avoid MSG for a period of time and adjusted to the delicious taste of food as it was meant to be experienced, you will be shocked when you go out to a restaurant and taste food loaded with MSG again. You will know instantly because the flavor is so intense it is almost eye popping, and you suddenly want to just keep eating and eating.

Sometimes you just can't get around having to eat food that contains MSG. Eating at a restaurant with friends, an invitation to the boss' house for dinner, the need to stop for fast food while on a trip and many other situations can crop up where exposure to MSG is inevitable. A recent study found that pre-treating yourself with a supplement of red clover before you dine can nullify the potential for brain damage from MSG.

Phytomedicine, June 5, 2008 edition, reports researchers finding that the natural mixture of phytoestrogenic isoflavones found in red clover can protect the brain from MSG toxicity. They used a human cortical cell line to test the efficacy of a red clover fraction. When the cells were pretreated with red clover isoflavones there was a significant increase in cell survival and a significant decreased in the release of an enzyme indicating cell damage. The pretreatment also prevented the morphological disruption caused by MSG.

The following foods contain MSG in amounts large enough to cause reactions in those sensitive to it.: