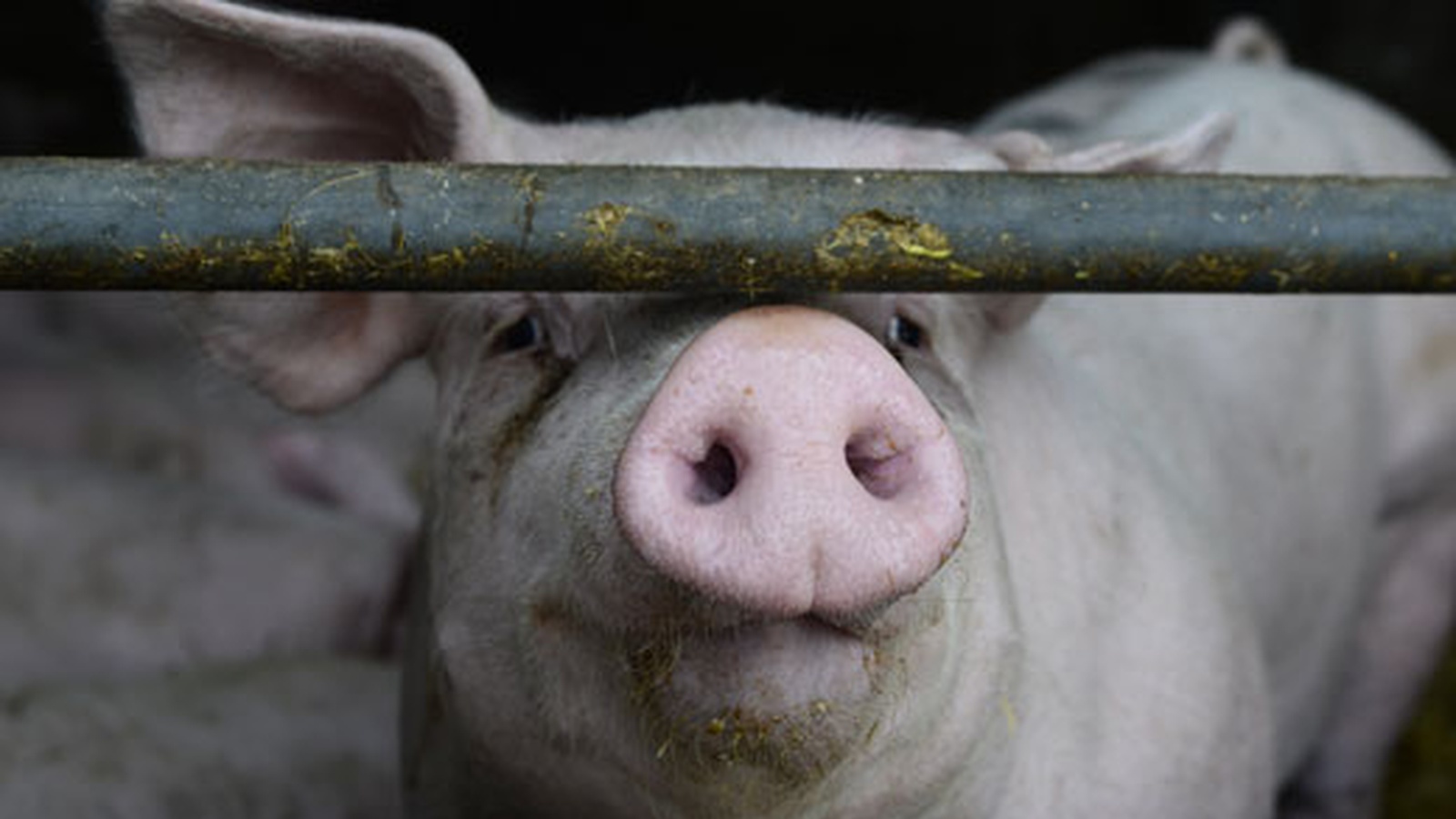 What is Factory Farming?

In the last few decades, consolidation of food production has concentrated power in the hands of fewer and fewer corporations. Many of today's farms are actually large industrial facilities, not the green pastures and red barns that most Americans imagine. These consolidated operations are able to produce food in high volume but have little to no regard for the environment, animal welfare, or food safety. In order to maximize profits, factory farms often put the health of consumers and rural communities at risk.

What is a Factory Farm?

The government calls these facilities Concentrated Animal Feeding Operations (CAFOs). The Environmental Protection Agency (EPA) defines a CAFO as "new and existing operations which stable or confine and feed or maintain for a total of 45 days or more in any 12-month period more than the number of animals specified" in categories that they list out. In addition, "there's no grass or other vegetation in the confinement area during the normal growing season."

Numbers for both large and medium CAFOs (factory farms) are listed on the EPA's site. A large CAFO includes 1000 cattle, 2500 hogs over 55 pounds, or 125,000 chickens. A liquid manure system is used where the animal's urine and faeces are mixed with water and held either under the facility or outside in huge open air lagoons. These manure systems create a tremendous amount of pollution.

Unnaturally large numbers of animals are confined closely together. Cattle feedlots generally contain thousands of animals in one place, while many egg-laying businesses house one million or more chickens. The main animals for such operations are cows, pigs, chickens and turkeys, but this practice is also applied to sheep, goats, rabbits, and various types of poultry.

Because factory farms are considered “agricultural” instead of “industrial,” they are not subject to the regulation that their scale of production (and level of pollution) warrants. Because they employ powerful lobbyists that can sway the government agencies responsible for monitoring agricultural practices, industrial farms are left free to pollute, to hire undocumented workers (and pay them next to nothing), and to locate their businesses without regard to the impact that has on surrounding communities.

Does Industrial Agriculture Feed the World?

Some argue that factory farming is the only way to meet the growing demand for food in the world today, but this is not true. Industrial production of food has resulted in massive waste, while hundreds of millions of people still live with hunger. 80% of all grains and beans grown in the US are used to feed livestock animals. Each kilogram of meat represents several kilograms of grain that could be consumed directly by humans, not to mention the water and farmland required to grow the grain. To put this in perspective, of all the agricultural land in the U.S., 80 percent is used to raise animals for food and grow the grain to feed them—that’s almost half the total land mass of the lower 48 states. Clearly, this is a very unsustainable way of inhabiting our planet.

What You Can Do

We can all help put an end to the factory farming system by buying our food from smaller, sustainable farms. These businesses still aim to profit from their labour, but that’s not their only objective. They have essentially a triple bottom line - of social, environmental and financial gain - which means they won’t sacrifice the health of the land or the quality of food simply to make a few dollars more.