Organic produce is labeled organic when it has been grown, raised, harvested and packaged without the use of harmful chemicals, such as fertilizers, pesticides, insecticides, growth hormones or antibiotics. Organic also means the produce has not been genetically modified. When we choose organic we not only look after the health of our own body and immune system but also the health of our family, the health of our soil and the health of our planet. So everyone wins. The best way to get organic produce in the home is to grow it yourself. If that's not an option, try your local grocer, farmers market, or search the internet for a company that delivers organic produce to your door.

The Missing Link Between Health and Agriculture 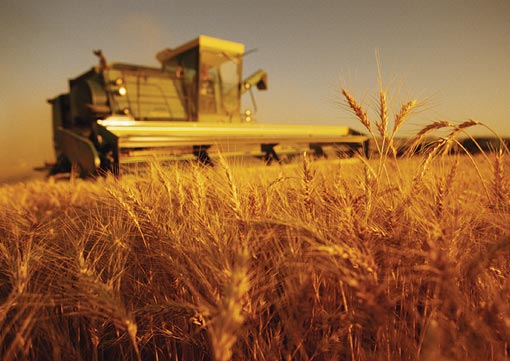 The world wide debate on the effects of conventional farming practices on soil fertility is getting a lot of attention. And so it should, as many start taking ecologists' warnings more serious and are discovering for themselves that maintenance of soil fertility is critical to the sustainability of our food supply.

Conventional farming practices see the soil as a means to an end. Driven by the dollar, soils are used and used and nutrients are drawn out of the soil rendering them as new deserts. Without crop rotation the soils are, if you will, stripped of their minerals. Farmers are then forced to periodically saturate their crops with unnatural chemical fertilizers.

These fertilizers however are made up of primarily 3 nutrients N, P, K, (Nitrogen, Phosphorus and Potassium), but as Charlotte Gerson in Food Matters asks, "Where are the rest of the 52 minerals needed for optimum soil health? They are missing!"

So poor soil health is leading to poor plant health and when plants are deficient they lose their defences and then the bugs come. Then the farmers come crying to the chemical companies for help who are more than happy to supply these deadly toxins like pesticides, herbicides and fungicides.

Over the short term these vitamin and mineral deficiencies manifest themselves as mood swings, lack of energy, joint pain, failing eyesight, hearing loss and thousands of other ailments that medical science would tell us to accept with advancing age.

Over the long term these deficiencies contribute to major illnesses such as cancer, heart disease, diabetes and mental Illness.

So where do we go from here?

As Jerome I. Rodale (founder of Rodale Press and known for his Prevention Magazine) noted many years ago:

It was from studying the Hunzan people, who are nestled in the mountains of North Pakistan, that Rodale developed many of his ideas about organic agriculture. He believed that the legendary health and vitality of the Hunzan people grew directly out of their profound agricultural systems. The Hunzan agriculture was the pinnacle of the organic way of life and an ideal model for humanity to follow.

Their sophisticated system was fully symbiotic. The agricultural terraces where the crops grew were strategically irrigated with the mineral rich water that flowed down the mountain. Commercial pesticides and fertilizers were not available to them so instead they used the mineral rich ash from wood fires and carefully collected compost from the village.

As this process was repeated endlessly over the centuries it conditioned and enriched the soil with minerals and through their intelligent farming practices there were never any issues with top soil erosion.

This shows that the health of our soil and our methods of agriculture are critical to the supply of our food chain. And interestingly enough, top soil erosion has played a determining role in the decline and demise of many great civilizations including those of the ancient Egypt, Greece and the Mayans.

It is estimated that more than 3 billion tons of topsoil is eroded from US farmlands each year and soil is eroding seven times faster than it is being built up naturally. In organic farming, soil is the foundation of the food chain and it is therefore critically important to support organic and sustainable agriculture sooner rather than later for the health of our people.

Find Organic Produce in Your Area: