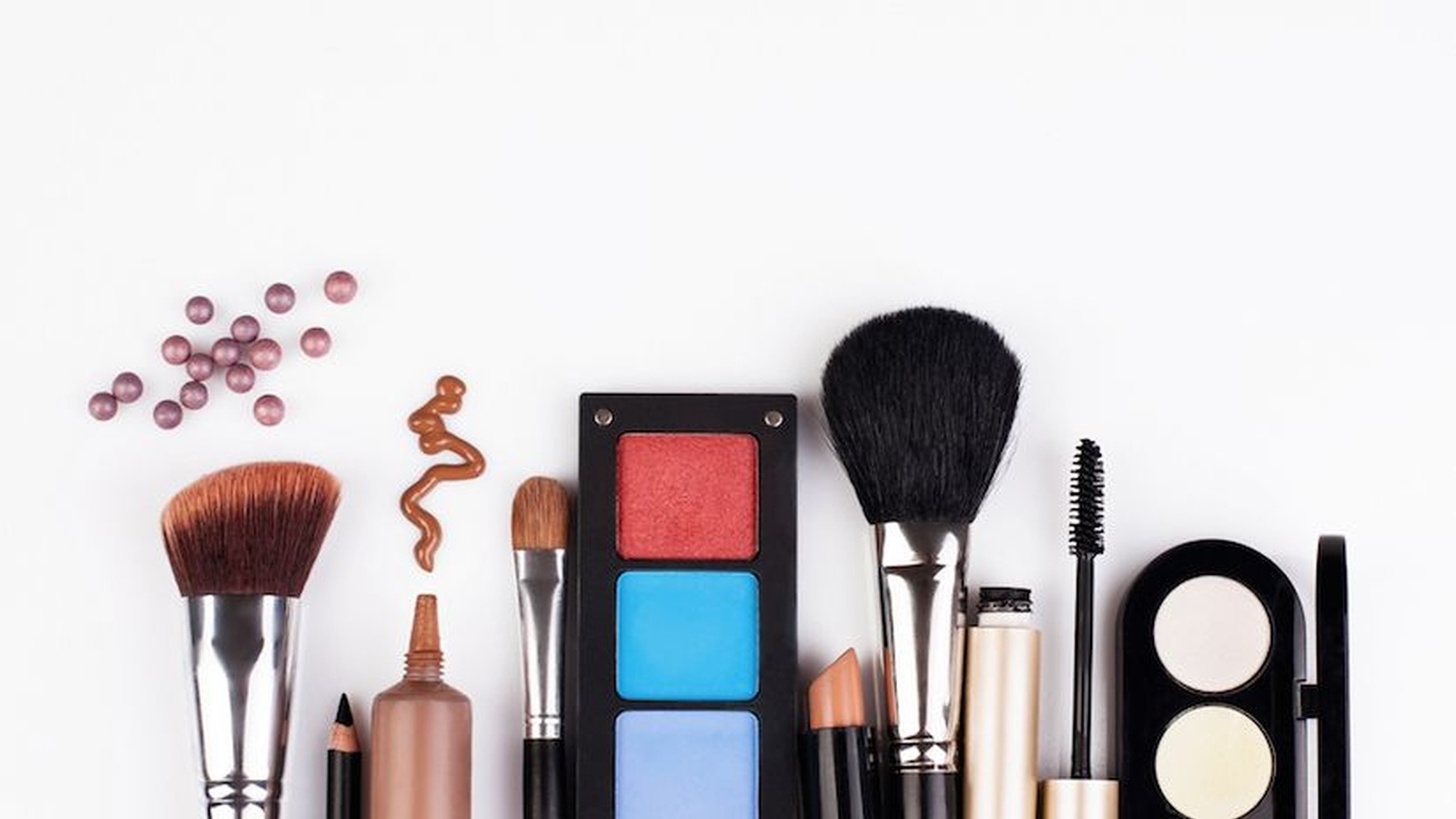 You’ve cleaned up your diet, banned harsh cleaning products from your arsenal, and even traded your synthetic products for organic skin care. You’re on the path to natural bliss, but there’s just one area left to tackle…

Swapping your regular makeup products for natural versions can seem like the scariest step in the transition. You found mascara that takes your eyelashes to new heights, a lipstick that makes your pout pop, and a foundation that makes your skin look like it traveled back in time. Why would you give those things up?

Under current law, the FDA doesn’t require cosmetics companies to conduct safety assessments on their products. Harmful ingredients can be easily masked under confusing or deceptive titles like “fragrance.” They may even be listed, plain and simple, on the label, but with no messages to inform consumers of their potentially harmful effects.

If makeup is a part of your daily routine, it’s vital to think about what you’re putting on your skin. Your pores absorb what you put on them—they don’t know any better! That lipstick on your teeth? You ate that.

So let’s talk about some toxic chemicals in the makeup and how to get healthy with our beauty routines!

Phthalates are a group of chemicals that may be disruptive to the endocrine system, which is responsible for hormone production. Such interference can lead to developmental, reproductive, and neurological damage.

The effects of phthalates may be related to their ability to mimic human hormones. A study by the University of Maryland reported that exposure to phthalates could cause reproductive abnormalities and decreased production of testosterone in males, as well as decreased male fertility. Other studies show a link between phthalates and premature delivery and endometriosis in women.

Where would you find phthalates? They’re used to plasticize products, making them more flexible or better able to hold in color and scent. From deodorant to nail polish to scented lip balm, the catch here is that these chemicals can be grouped under and listed as “fragrance.” Companies claim their fragrance formulas as “trade secret,” and thus don’t have to specify on the label which ingredients are included.

Your best bet is to avoid products that list “fragrance” and choose ones that use plant oils and essences to give them the “yum” factor.

We know that lead is bad for us. We stopped putting it in our paint, right? So why is it showing up in our foundation, lipsticks, and even whitening toothpaste?

Lead is a proven neurotoxin linked to miscarriage, reduced fertility, and delays in the onset of puberty for females. About seven years ago, the Campaign for Safe Cosmetics found lead in over half of the 33 brands of lipstick they tested. A more recent study by the FDA tested popular brands and found 400 that contained up to 7.19ppm of lead.

It is inevitable that some lipstick ends up making it past the target area and into your belly. For those who wear it regularly, this could harm your health in the long run.

How does lead make it into cosmetics? It isn’t added as an ingredient, but rather makes its way in through contamination. Color additives are some of the most common sources. The best way to avoid lead is to buy makeup from companies that make products in small batches and avoid contamination, or to buy products colored with fruit and other natural pigments.

3. Quaternium-15 and Other Formaldehyde-Releasing Preservatives

You may already know that treated wood, such as particleboard, can release formaldehyde, but did you know to watch out for it in your makeup?

When some chemicals break down, they release harmful formaldehyde gas, classified as a known human carcinogen by the U.S. Department of Health and Human Researchers and the International Agency for Research on Cancer.

The main risk is through inhalation. The European Union (E.U.) mandates that formaldehyde-releasing preservatives in cosmetics be labeled as such if they exceed .05%. For those outside the E.U., we have to get savvy with our ingredient vetting.

Quaternium-15 is one of the more common ones, used in mascara, pressed powders, and eyeliners. In addition to potentially causing cancer, this ingredient can cause skin sensitivities and irritation. It belongs to a class of compounds called quaternary ammonium compounds, or “quats.” Quats have many uses—as preservatives, surfactants, germicides and conditioning agents. Choose products that use natural alternatives that perform similar functions such as rosemary, honey, tea tree oil, grapefruit seed extract, and vitamin E.

Polyethylene glycols, or PEGs, are petroleum-based compounds that are used to thicken, soften, and gelatinize cosmetics, making them a common ingredient in cream-based products. The main issue with PEGs is that they are often contaminated with ethylene oxide and 1,4-dioxane.

Ethylene oxide is a known human carcinogen, potentially harmful to the nervous system and human development. 1,4-dioxane is a possible human carcinogen that can remain in the environment for long periods of time without degrading.

PEG compounds also enhance the penetration of other ingredients into your skin, which is great if these other ingredients are healthy, but not so much if they are harmful. The number next to PEG indicates how many units of ethylene glycol they comprise, such as PEG-4 or PEG-150. The lower the number, the more easily the product absorbs into your skin.

This is another unhealthy ingredient that’s thrown into our products so we can keep them on our shelves for a longer period of time. BHA and BHT are used as preservatives in dozens of products.

In your makeup and skin care products:

These chemicals are endocrine disruptors, may induce skin allergies, and are linked to organ, developmental, and reproductive toxicity.

The E.U. prohibits the use of BHA as a fragrance and the European Commission on Endocrine Disruption lists it as a Category 1 priority substance due to evidence that it interferes with hormonal function. No thank you!

There’s evidence that suggests that BHT mimics estrogen, which can throw off hormonal function in both men and women. In some situations, this additive can promote the growth of tumors.

Both BHT and BHA bioaccumulate. Given the wide variety of food and cosmetic products they are used in, accumulation over time could lead to serious health consequences. Avoid these ingredients, and turn to products with natural preservatives instead, like aspen bark extract and vitamin E.

They’re practically famous. If you’ve heard of one class of ingredients you should avoid in your makeup, it’s parabens. They’re the most widely used preservatives in cosmetics, and they have no troubles penetrating your skin.

The European Commission on Endocrine Disruption lists parabens as Category 1 priority substances because of evidence they interfere with hormone function. I only let one thing toy with my hormones, and that’s the moon!

Parabens can mimic estrogen, and have been detected in human breast cancer tissue. They also interfere with reproduction, the nervous system, and the immune system—all things we would like to keep in well-working order.

Because parabens have gained such a bad rep, some companies now use phenoxyethanol, but phenoxyethanol is not the good witch of the north! It has many of the same harmful effects. Japan recently banned phenoxyethanol in cosmetics, and the U.S. Food and Drug Administration put out a consumer alert warning that it can “depress the central nervous system and may cause vomiting and diarrhea” in infants. Avoid both parabens and phenoxyethanol in your skin care!

We’ve already talked your ear off, so we’ll keep these last ones short. Put these ingredients on your radar:

Found in foundations, this is an unstable chemical linked with endocrine disruption and thyroid disorders.

A type of coal tar dye sometimes listed as CL followed by a five-digit number. It’s a respiratory toxicant and can be contaminated with heavy metals.

Used in cosmetics to soften, smooth, and moisten, they disrupt the endocrine system and are toxic to the reproductive system. Look for ingredients that end in -siloxane or -methicone and avoid these products!

We’re not here to scare you! We don’t want you to have nightmares that your future offspring will be jeopardized all because you wanted to sport a red lip, or that your loved one will get sick because you bought her an eye shadow palette for her birthday. But we have options when it comes to what we put on our faces and bodies. If the makeup industry isn’t going to make transparency a priority, we have to take it upon ourselves to do our research so we can make healthy choices.

Be sure to check out the Special Offer from AnnMarie Gianni and Food Matters, or get a sample for only $10. 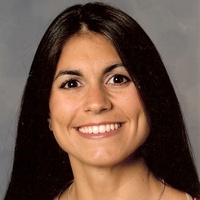