Are You Still Using A Microwave Oven?

We are always looking to discover new ways of making our lives easier through innovative inventions. What we often fail to understand however, is that not all inventions are good for our health. Microwave ovens are one such invention that has been widely mistaken as a healthy convenience.

Do you rely on the convenience of a microwave over a stove, to cook or heat your food? If yes, then you might want to stop and think again before placing your life in the hands on this so called “harmless” man-made invention.

The first microwave oven was invented by Raytheon after the World War II. Back then, it didn’t seem like such an important invention for home use. A few years later, microwave ovens gained a lot of popularity for reheating previously-cooked foods and cooking vegetables. Over the last couple of decades, microwave ovens have become a necessity, and now you will rarely find a kitchen without one!

Today, over 90% of homes in America, use microwave ovens for re-heating foods, and for daily meal preparations.  It is so easy to use as it just takes a few minutes to get the meal on the table “ready to eat”. However, as you may already know, a microwave oven essentially uses microwave radiations to heat polarized molecules in food. Unfortunately, these microwave radiations have been found to distort the molecular structure of foods. As a result, microwave preparations lack healthy nutrients as most of them are destroyed during heating!

Did you know that the Soviet Union banned microwaves in 1976? Why do you think they would do so and yet the American Government still hasn’t warned us anything about it? Microwave ovens continue to be used in every home, and the reason is simple – microwaves are convenient and energy efficient way of preparing food.

Is Microwaved Food Both Safe and Healthy?

Here, are a few studies and results that indicate why this may not be the case. 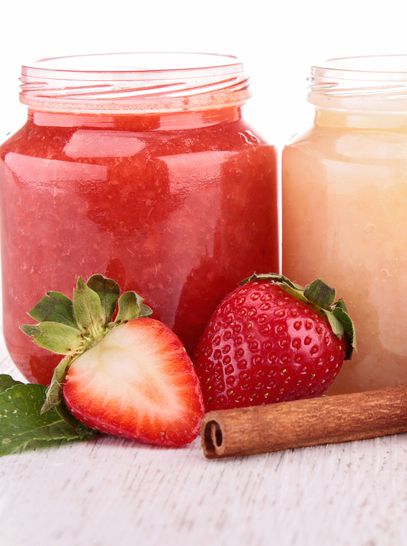 1. Microwaves Are Harmful For Baby Food

It has been found that cooking food in microwaves is an unhealthy and unnatural approach for preparing baby food. According to Young Families, the Minnesota Extension Service of the University of Minnesota published in 1989, milk bottle heated in microwaves may cause harm to the baby who drinks it.

High milk temperature (often resulted due to overheating) could not only burn a baby’s mouth and throat, the steam all encapsulated in the bottle may also cause the bottle to explode due to the presence of radiation gases within it.

Maybe these effects can be ignored or averted, but the fact that milk heated in a microwave may change the molecular structure of the milk is something that calls for attention. Microwave radiations can cause the essential nutrients in the baby foods to be lost, making them unfit for consumption. It’s just like feeding fake milk to the child with no real nutrients at all.

The study further confirmed that it may be better and much safer to heat the bottle by placing it under a tap of warm water for a few minutes than to heat it in a microwave oven.

2. Microwaves Can Destroy Your Blood

Another shocking discovery about microwave radiations came into the limelight when a nurse in an Oklahoma hospital used microwaves for warming the blood used for transfusion in a patient. The patient immediately died because of this transfusion. It was found that microwaves injected some kind of destructive substances in our blood when we heat it.

To understand why microwaves are dangerous for health, a study was carried out by Raum & Zelt in 1992 which showed some noticeable changes in the human build after consuming microwave heated milk and vegetables.

In this study, 8 volunteers ate different combinations of the same food cooked in different ways, which caused different changes in the blood of the volunteers. Hemoglobin, which is an important constituent of blood decreased while white blood cells and cholesterol increased. Lymphocytes, which provide immunity to the body, also decreased which is quite an alarming sign. Bacteria also increased after eating the microwave heated food.

4. Microwaved Food Can Cause Cancer 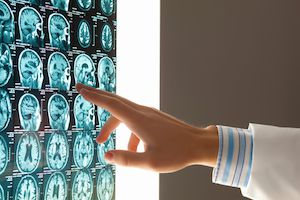 A food scientist by the name of Dr. Hans Ulrich Hertel who worked with one of the major companies of Switzerland carried out a research which showed striking discoveries about cooking food in microwaves. Dr. Hertel was fired from his company because of raising questions on how the food was prepared.  His famous research with a Lausanne university professor which showed that food cooked in microwaves has cancerous effects.

Dr. Hertel and Dr. Bernard H. Blanc collaborated on a clinical study at the Swiss Federal Institute of Technology and the University Institute for Biochemistry. Determined to study the physiology of the human body, Dr. Hertel carried out experiments to find out the effects of “microwaved” nutrients on human blood. He showed that microwave radiations completely destroy the nutrients in the food and could cause very bad effects on the human body. He also found out that microwaved food decreased hemoglobin in our body and could increase the cholesterol levels.

Comfort OR Health? The Choice Is Yours!

The FDA, the government and even the manufacturers themselves may never tell you these harmful effects of cooking food in microwaves. As it is evident, microwave ovens are not really the recommended method of cooking. You could either live in denial and keep on using it or give your life some value and start cooking food on stoves. Use the conventional and the safer way!

Tell us in the comments below what you think of microwave ovens.

10 Signs Your Liver Needs Some Love

How Meditation Can Help You Make Healthy Eating Choices