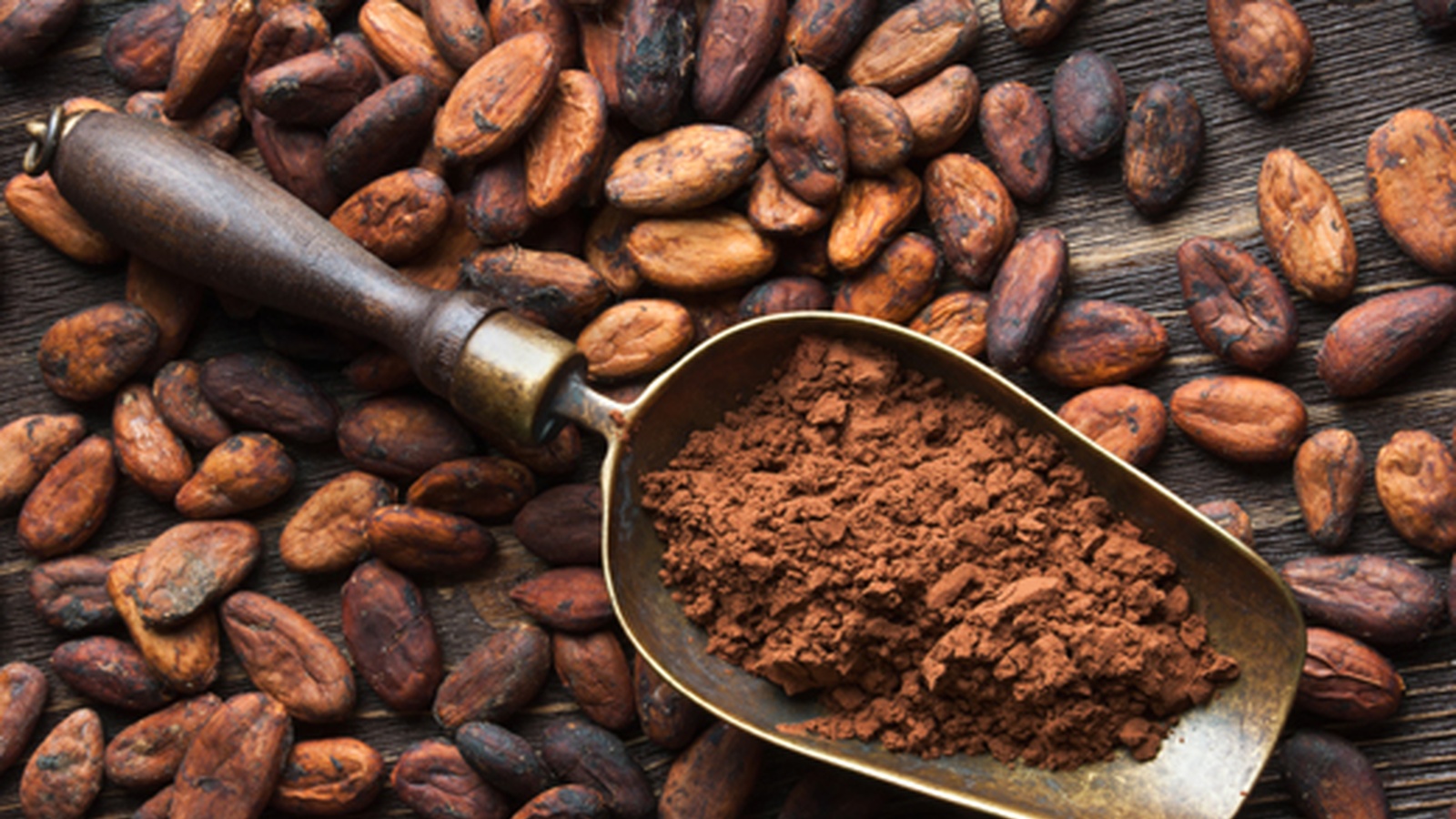 How To Find Good Quality Chocolate

The health benefits of dark chocolate are all the rage right now, with increasing numbers of studies pointing to its rich concentrations of beneficial antioxidants and polyphenols.

This applies particularly to dark chocolate because it contains a higher concentration of cacao seeds than milk chocolate, and therein lies the secret to its health-promoting powers.

How to Identify High-Quality Chocolate… and Determine the Right ‘Dose’

Although raw cacao is the most nutritious form, most of the health studies to date involve consumption of cocoa or chocolate, not raw cacao. And the results are STILL significantly positive. This fact suggests a good portion of the nutritional benefit of chocolate is retained after processing.

Your goal then is to find a chocolate that has been minimally processed, but still palatable. You don't want to eliminate too many of the health benefits by eating a product that contains a lot of sugar and chemicals.

The closer your cocoa is to its natural raw state, the higher its nutritional value.

Ideally, your chocolate or cocoa should be consumed raw (cacao). When selecting chocolate, you can optimize its nutritional punch by looking for higher cacao and lower sugar content. In general, the darker the chocolate, the higher the cacao. However, cacao is fairly bitter, so the higher the percentage of cacao, the more bitter it is (the flavanols are what make the chocolate bitter, so manufacturers often remove them. But, it's those flavanols that are responsible for many of chocolate's health benefits). To counteract the bitterness, most chocolate is sweetened, so it's a matter of balancing nutritional benefit with palatability.

If you can tolerate the flavor of raw cacao, however, then that's the absolute best option. Milk chocolate is not a good choice as it contains both pasteurized milk and large quantities of sugar, which will significantly dampen its health benefits. White chocolate is also high in sugar and contains none of the phytonutrients, so it is not a good choice either. Dark chocolate, as high in cacao and as bitter as you can stand is your best option.

Cacao refers to the plant, a small evergreen tree of the species Theobroma cacao, which is cultivated for its seeds, also known as cacao beans or cocoa beans. The term “chocolate” refers to the solid food or candy made from a preparation of cacao seeds (typically roasted). If the cacao seeds are not roasted, then you have "raw chocolate," which is also typically sweetened.

Cocoa, on the other hand, refers to the powder made from roasted, husked, and ground cacao seeds, from which most of the fat has been removed. Knowing the meaning of these terms is important, because if you think you’re improving your health by eating typical chocolate candies, you’re being misled.

That being said, however, certain types of chocolate, as well as cocoa powder and cacao, are turning out to be powerful superfoods that rank right up there among the most anti-inflammatory and antioxidant-rich foods known to mankind.

In general, it seems preferable to consume smaller amounts of chocolate at more frequent intervals, much like the principle of split dosing for supplements, in order to ensure a steadier stream of nutrients in your bloodstream. According to Dr. Golomb, studies show daily consumption in divided doses (two to three times per day) is probably beneficial, as long as you aren't going overboard in quantity and as long as you're eating high-quality chocolate. 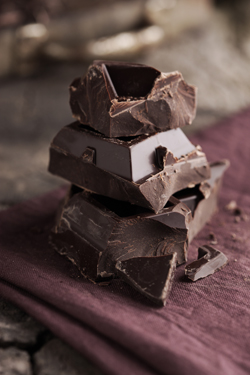 Research presented at the 247th National Meeting & Exposition of the American Chemical Society (ACS) claims to have unraveled the precise reason why dark chocolate is so beneficial. While it’s known that cocoa powder is rich in antioxidants, including catechin and epicatechin, along with a small amount of fiber, it was thought that these molecules were poorly digested and absorbed due to their large size.

The new study found, however, that your gut bacteria breaks down and ferments the components in dark chocolate, turning them into anti-inflammatory compounds that benefit your health. In particular, beneficial microbes, including Bifidobacterium and lactic acid bacteria “feasted” on chocolate, according to the researchers.

The study, which involved three cocoa powders tested in a model digestive tract, may help explain why chocolate has been found to be so good for your heart, as the anti-inflammatory compounds may reduce inflammation of cardiovascular tissue. The study’s lead author explained:

“In our study, we found that the fiber is fermented and the large polyphenolic polymers are metabolized to smaller molecules, which are more easily absorbed. These smaller polymers exhibit anti-inflammatory activity… When these compounds are absorbed by the body, they lessen the inflammation of cardiovascular tissue, reducing the long-term risk of stroke.”

Eating Your Chocolate with Prebiotics May Boost Its Benefits

The researchers suggested that consuming cocoa along with prebiotics may be one way to encourage the conversion of polyphenols into highly absorbable anti-inflammatory compounds in your stomach. Prebiotics are carbohydrates found in whole foods that you can’t digest… but which beneficial bacteria can, acting as “food” for them.

Unprocessed whole foods, such as onions and garlic, are among the best prebiotics, so if you’re eating right, you should be getting plenty of prebiotics. It would seem that taking steps to encourage healthful gut bacteria, in general, would also ensure that you have enough beneficial bacteria available to help break down and ferment the healthy substances in cocoa.

This includes not only avoiding sugar and grains, but also eating naturally fermented foods and/or taking a high-quality probiotic supplement. One of the major results of eating a healthy diet, is that you cause your beneficial gut bacteria to flourish, and they secondarily perform the real "magic" of restoring your health. Interestingly, the researchers also suggested consuming dark chocolate with antioxidant-rich solid fruits, such as pomegranate or acai, as another way to boost its health potential.

Chocolate and Your Heart: What Does the Research Say? 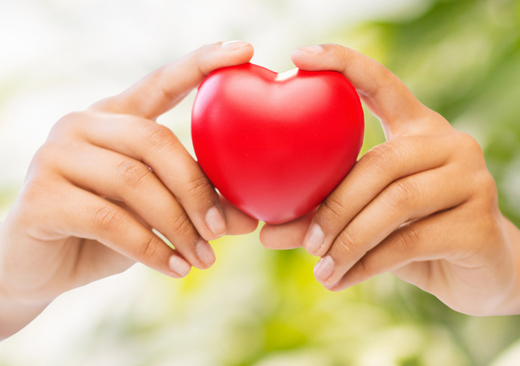 A seven-study meta-analysis sought to find a link between chocolate consumption and certain cardiometabolic disorders, such as coronary heart disease, stroke, diabetes and metabolic syndrome. Along with those disorders are related problems like hypertension, elevated fasting glucose and triglycerides, high cholesterol and abdominal obesity.

But rather than negative effects, scientists found that chocolate, specifically the dark, unprocessed and raw cacao kinds, actually reduced the risk of such disorders.

In fact, the highest levels of chocolate consumption were associated with a 37 percent reduction in cardiovascular disease and a 29 percent reduction in stroke compared with the lowest levels! Other research has also shown that the antioxidant and anti-inflammatory compounds in chocolate may lower your risk of heart attack and stroke considerably.

Another way chocolate may provide cardiovascular benefit is by assisting with nitric oxide metabolism, as described by Ori Hofmekler. Nitric oxide protects your heart by relaxing your blood vessels and thereby lowering your blood pressure.

However, nitric oxide production produces adverse reactions and toxic metabolites, which must be neutralized by your body so they don't result in oxidative damage to your blood vessel lining (by peroxynitrite oxidation and nitration reactions). Cocoa polyphenols protect your body from these metabolites and help counter the typical age-related decline in nitric oxide production.

The promise of chocolate to improve heart health is so strong that a three-year study on that very topic was just launched by the National Heart, Lung and Blood Institute in partnership with (who else but) candy maker Mars, Inc. The study will involve cocoa flavanols taken in pill form… not the more popular chocolate-bar form. It will be the first large study of its kind (involving 18,000 people) to look into the potential role of cocoa flavanols in high-dose form, without the added sugar and fat of chocolate. As the AP reported:

“The candy company (Mars) has patented a way to extract flavanols from cocoa in high concentration and put them in capsules. Mars and some other companies sell cocoa extract capsules, but with less active ingredient than those that will be tested in the study, candy contains even less.”

Chocolate Is Linked to 40+ Health Benefits

In case you were wondering, it’s not only your heart that might benefit from the compounds in cacao and cocoa powder. A wide range of accumulating scientific research has linked its consumption to over 40 distinct health benefits. While most of you have heard about the importance of antioxidants, a primer might help, beginning with the explanation that the formation of free radicals in your cells can damage your DNA to the point that your risk of developing diseases like Alzheimer’s, heart disease, and cancer are elevated.

This is why the antioxidant polyphenols in chocolate are so valuable, as they have the ability to stop free radical-mediated oxidation. This helps to decrease your risk of those diseases and others by directly interfering with one of the major preventable causes of chronic degenerative diseases.

Chocolate also contains other potent plant “chemicals,” including anandamide, named after the Sanskrit word for “bliss,” which is a neurotransmitter in the brain that temporarily blocks feelings of pain and anxiety. The caffeine and theobromine in chocolate have been shown to produce higher levels of physical energy and mental alertness, and there are likely many more healthy chocolate compounds that have yet to be discovered. The following table highlights just some of the benefits conferred by the cocoa bean.

Are You On The Crazy Cacao Band Wagon? If So, How Do You Eat Yours?