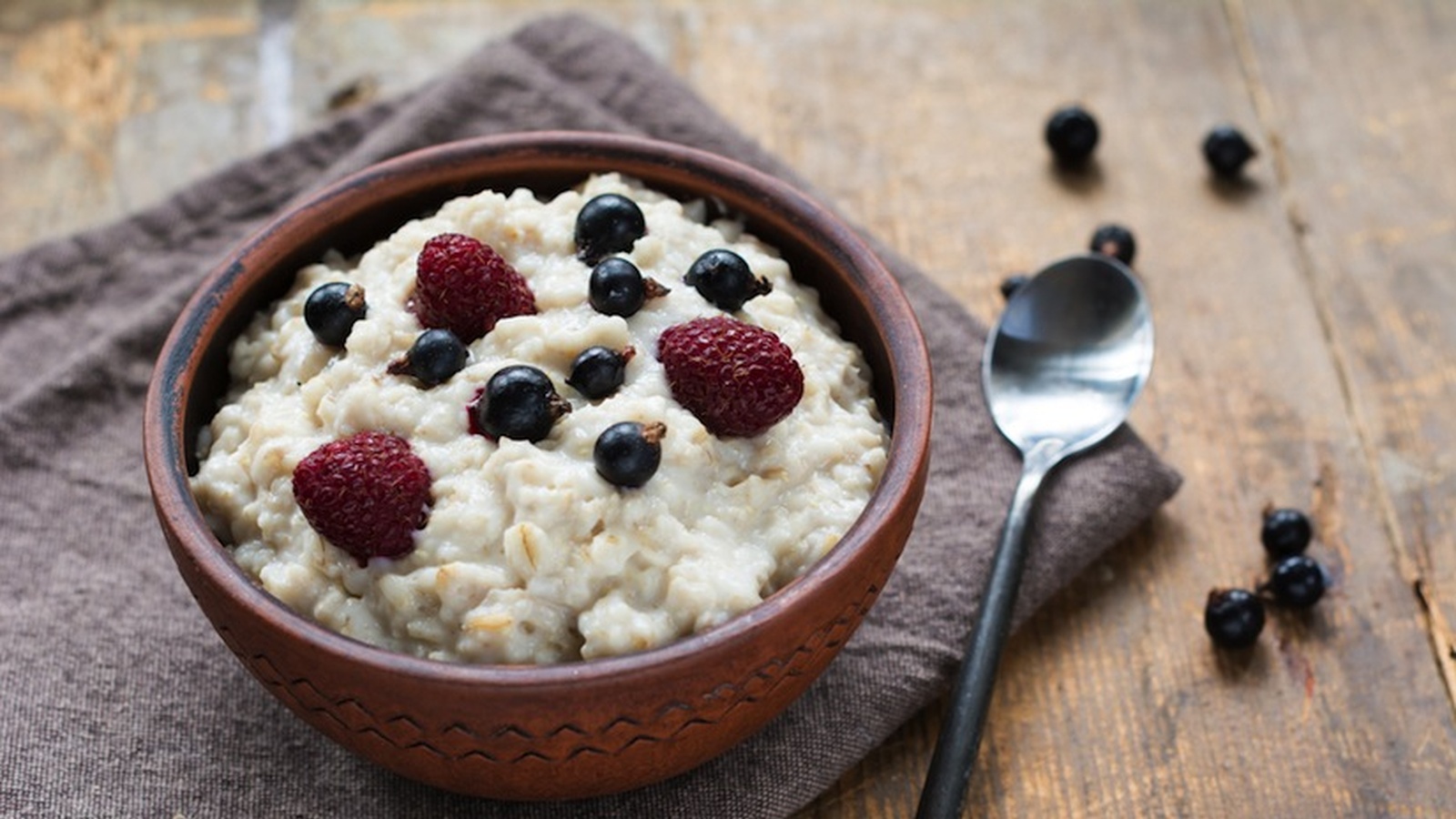 New evidence reveals our ancestors ate porridge more than 32,000 years ago! In a new study, researchers analyzed preserved starch grains that were still stuck to stone grinding tools found in Italy, Russia and the Czech Republic. The results are published in Proceedings of the National Academy of Sciences.

Now, the Paleolithic Era isn't renowned for its culinary masterpieces. Meat, nuts and berries were commonplace, whereas farmed grains were strictly off the menu. At least that's what we used to think. However, new evidence shows that the Paleolithic people may have also scoffed up oats, and even made heart-warming porridge!

Traces of starchy oats have been found on an ancient pestle. And the chemistry of the food grains indicates that these old oats were heated up with liquid to make an ancient porridge, perfect for hungry people of the early Stone Age.

The oats have been traced back some 32,000 years, well before the farming revolution began around 12,000 years ago. This means that the grains are from the Paleolithic Era, which ended some 10,000 years ago, and represent the earliest known human consumption of oats. The Paleolithic people steadily developed their use of tools, which appears to have included food grinders that could be used on grains.

Mariotti Lippi from the University of Florence, an author on the study, told New Scientist that the oats appeared to have been warmed up before grinding to make the process easier. Heating the oats releases trapped moisture, drying them out.

The grains found were also starchy, gelatinous and swollen. This indicates that they were probably heated after grinding as well. The starch in the oats changes as they are heated so that they can absorb moisture, and the whole mixture becomes thick and gloopy.

All this indicates that the dish of the day for Paleolithic people in Europe may just have been porridge.

This isn't the first example of such behavior, as it is already known that these people ground up grains and root plants to make flour, and possibly cooked those into little flatbreads (although not especially flavorsome ones, we bet).

“We’ve had evidence of the processing of roots and cattails, but here we’ve got a grain, and a grain that we’re very familiar with,” Matt Pope, an archeologist from University College London, told New Scientist. “If we were to look more systematically for ground stone technology we would find this is a more widespread phenomenon.”

If you follow the paleo diet, will you be adding porridge back in?