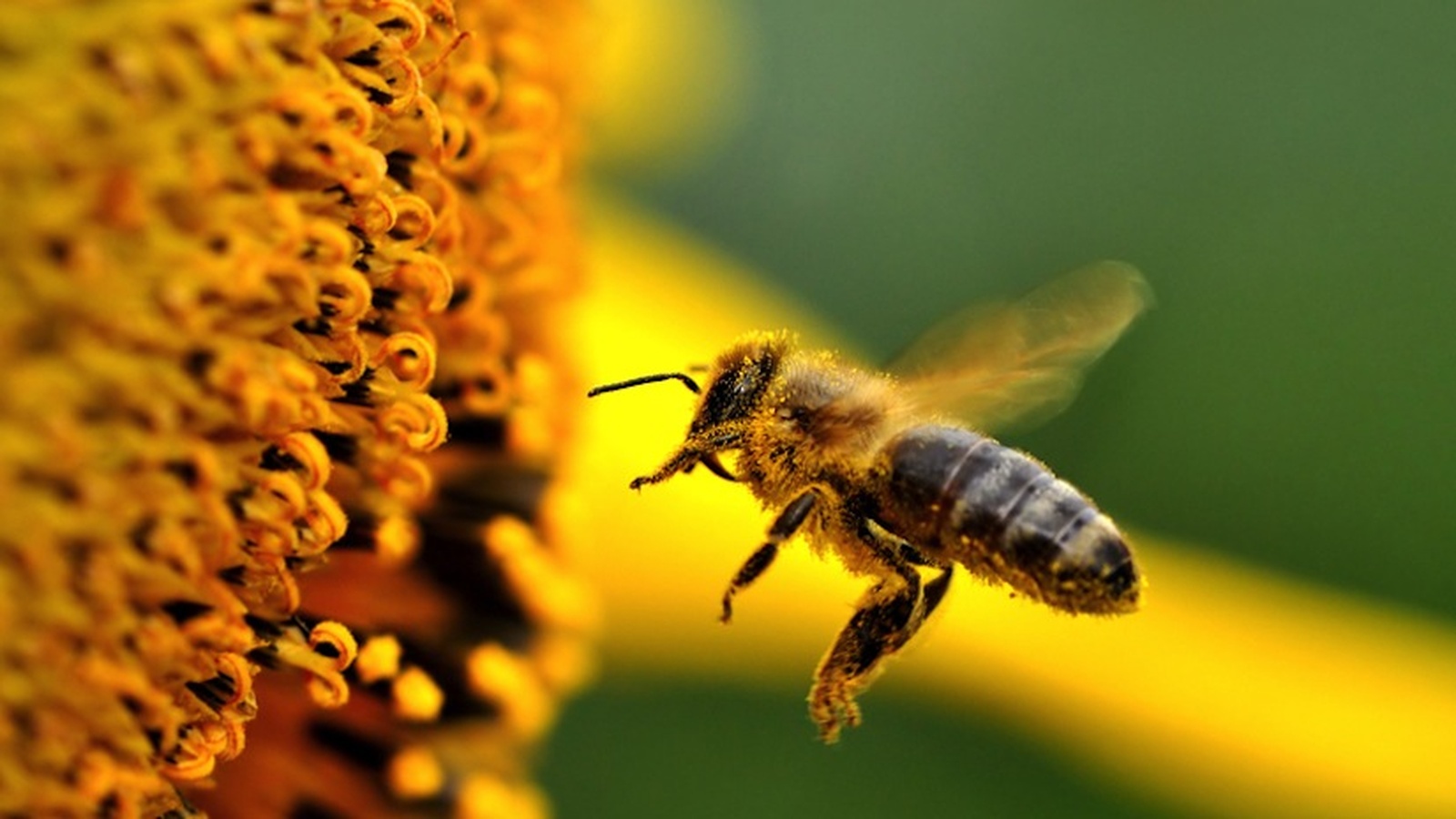 A new generation of pesticides could be to blame for Britain's vanishing honeybees, a study has shown. The chemicals, which are routinely used on farms and garden centers, attack the central systems of insects and make bee colonies more vulnerable to disease and pests, researchers say.

The claims, which appear in an unpublished study carried out at the US Department of Agriculture's Bee Research Laboratory, add to the evidence that pesticides are partly responsible for the mysterious decline of one of the world's best loved insects.

Wildlife campaigners today called for urgent research into the links between the chemicals and the collapse of bee colonies around the world. Scientists are baffled by Britain's disappearing honeybees. Since the 1980s numbers have fallen by half.

The new study, led by Dr Jeffrey Pettis, one of the U.S.'s top bee experts, found that exposure to a class of pesticides called neo-nicotinoids makes bees more susceptible to infection - even at doses too low to be detected in the creature's bodies. Neo-nicotinoids, which were introduced in the 1990s, are applied to seeds and are found in low levels throughout a growing plant - including in its pollen and nectar.

They were introduced to replace the controversial organo phosphates because they appeared to be harmless to mammals and people. Neo-nicotinoids is used on a large scale on plantation crops of rape seed oil, wheat and sugar and in garden center plants. The U.S. research has yet to be published, but it is discussed in a new documentary film called 'The Strange Disappearance of The Bees' and 'The Vanishing of The Bees'. Insect charity Buglife said previous studies in France had found a link between pesticides and the vanishing of the bees.

Director Matt Shardlow said: 'This American study shows that even at levels where you can no longer detect the substance in bees, it is still having an impact on their health. 'People have been wondering what is the cause of the decline of bees and moths and bumblebees in Britain. And the research is further evidence that pesticides are a potential cause.'

The Co-op is so concerned about neo-nicotinoids it has banned them on its UK farms. Bayer - the German chemical giant that makes many of the neo-nicotinoids used in Europe - insisted its products did not harm bees.

A spokesman said it was difficult to comment on unpublished studies and that it was impossible to look at the methods used by the researchers. 'I'm sure there are some very interesting effects Dr Pettis has seen in a laboratory, but in reality, when you get to what's important to everybody which is what happens in the field, you don't see these things happening,' he said. 'Bees are a very ,very important insects to BayerCropScience and we recognize their importance.' Honey bees are essential for British farmers and are thought to contribute around £200million to the economy by pollinating crops on farms, allotments and in gardens.

In California, honeybees are essential in the almond season, with a 40 billion bee team needed to pollinate about 60 million tress in the Central Valley. They then get driven on to the apple orchards of Washington before pollinating the pumpkins and cranberries of New England and, finally, the blueberries of Maine. Honeybees are definitely busy as they are crucial to keeping about 130 different food crops alive. But their hard work is getting harder and harder as their numbers drop

Pesticides and GMOs are not the sole reason for colony collapse disorder. There are thoughts that overworking bees, coupled with traditional deception of the colonies into thinking it is a warm season year round, are also to blame. Because bees on organic farms have survived the collapse, it has become quite clear pesticides and GM crops are culprits. And beekeepers everywhere are accusing governments and scientists of siding with chemical companies like Bayer.

Bees are essential players in our ecological balance so what can you do to help keep the bees alive?