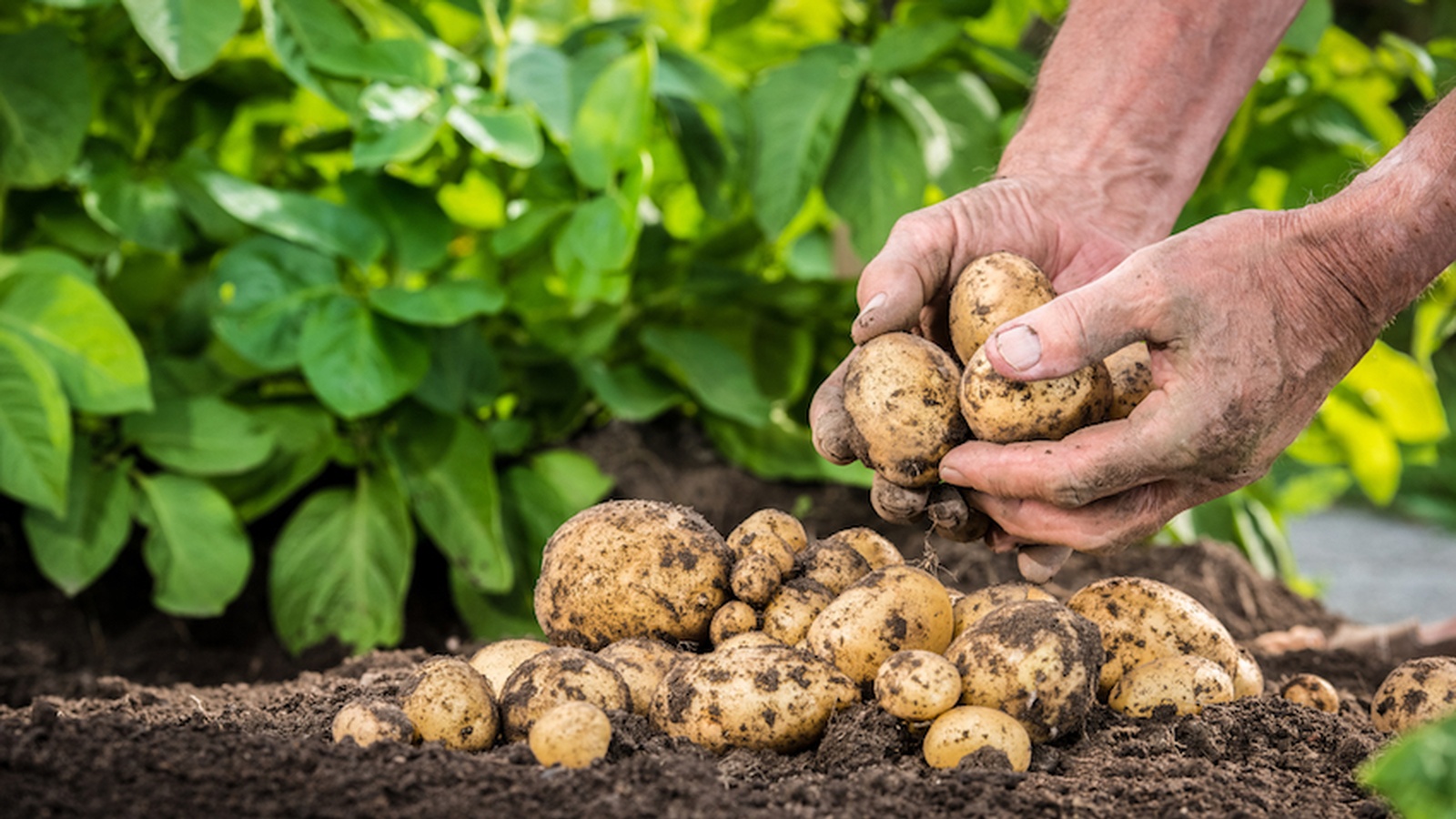 The Diet Principles That Stand The Test Of Time

There is no shortage of diets and cookbooks which promise permanent weight loss or optimal health these days. However, the specific recommendations range from low fat to high fat, from whole grain to no wheat products, from low carbs to gluten-free, from high fiber to FODMAP diets, and often change with time.  The vast marketplace of the internet and social media, and the best seller lists of Amazon and the New York Times, have accelerated the flow of such diet-related information.  In view of all this often conflicting information, how should the average person know what is best for them?

There are three things that you may want to keep in mind when trying to make sense of the ever-changing world of optimal diets:

First, our digestive system, with its intricate connections with its own nervous system and with the brain, has evolved over 500 million years and is so perfect that it has assured that humans have thrived, surviving droughts, famines, the ice age and many other natural disasters.

Diets have changed dramatically during these different environmental conditions, leading to the evolution of a human digestive system that can switch easily from exclusively plant-based diets (when no animal food sources were available) to those high in animal protein without any negative health consequences.

I have proposed that this brain-gut system is comparable to the supercomputers in our technical world, which have immense abilities to make the right decisions for us, and adjust our digestion and our health to ever-changing environments.

Based on the impressive track record of our digestive system in human development, it would seem odd that all of a sudden we need ever-changing advice about what is good for our gut and our overall health.  Based on our evolutionary history, multiple diets should be compatible with human health, as long as they stay within the general framework of what humans have eaten over the past million years.

Second, most of modern dietary recommendations have never been based on hard science or objective evidence but are largely driven by commercial interests, ranging from the dairy and beef industry (telling us that lots of red meat and fat are good for us), the processed food industry (which is trying to sell us food that no longer looks like food and is packed with salt, sugar and fat), the multibillion dollar gluten-free processed food and artificial sweetener industry (which markets their products based on the claims that we can treat and even cure all kinds of chronic diseases). For example, there are hundreds of probiotics marketed on the internet, but with few exceptions, no controlled clinical trials have ever demonstrated any effectiveness in humans.

Thirdly, The great majority of recommended diets that have been promoted by diet books, society and even federal guidelines haven’t taken into account the new science of the gut microbiome, the “forgotten organ”, made up of 100 trillion organisms, 100,000 x more than the stars in our galaxy (Blaser 2014). This situation is comparable with the promotion of healthy lifestyles without taking the brain into consideration!

In addition, once the concept of the gut microbiome was adopted by the media a few years ago, more recent recommendations for gut health have been based on simplistic overinterpretations of available scientific insights. However, the reality is that the microbiome science, despite its exponential growth during the past decade, is still in its infancy, and still has difficulties to define what a healthy gut microbiome represents!

The science is moving so fast that the interest in individual microbes is already fading and giving way to the challenge of understanding the thousands of communication molecules that these microbes produce and which affect our body!

However, there are a few concepts that have emerged from the new microbiome science that you should consider when deciding what to eat; and despite all the evolving science, it is actually quite simple:

Our Gut Microbiome Is A Complex Ecosystem

One of the biggest lessons emerging from the microbiome science is the realization that the trillions of invisible microorganisms living in harmony with us are not randomly floating around in our gut and are expelled in our stool, but are best understood as a highly complex ecosystem in which all organisms are interconnected not only with each other, but also with the nerves, immune cells and hormone-producing cells in our gut.

Like other natural ecosystems around us, such a system can be characterized by the abundance of organisms living in it and by their diversity, which in turn determine its resistance to disease, its resilience to perturbations and optimal health for its host (which is us)!

Judging from the microbiome studies in different peoples around the world, Yanomami people, who have maintained their hunter gatherer lifestyles living in the South American rainforest for thousands of years, have by far the most diverse and abundant gut microbiome – 40% more diverse than that of people living in North American cities.

What You Can Do To Heal Your Gut Microbial Ecosystem, e.g. Restore Its Diversity

Even though they are surrounded by the abundant wildlife of the rainforest, the Yanomami maintain a largely plant-based diet including tubers, various plants, berries and wild fruit, and their limited protein supply comes mainly from fish, wild birds and a very small amount of red meat.  As the main source of protein is lean, the amount of saturated omega-6 fatty acids they consume is minimal.

However, the Yanomami diet contains a large amount of complex carbohydrates (commonly referred to as dietary fiber) which the human digestive system cannot break down without the help of the gut microbes.  Dietary fiber is the ultimate food for our microbes, and has been for hundreds of thousands of years. The more of these fibers you consume from different sources, the more abundant and diverse your microbiome will be.

The Yanomami are not the only people in the world that adhere to such a predominantly plant-based diet.   While there are many traditional diets around the world that are similar in the relative proportions of plant and animal products, including traditional Korean, Okinawan, and other Asian diets, the health benefits of the Mediterranean diet are best supported by scientific evidence, ranging from brain health to the prevention of obesity and metabolic syndrome, and even some cancers.

While diets high in red meat and animal fats may help you to lose weight by putting your organisms in an unhealthy state of ketosis, they are detrimental for the health of your gut microbiome and ultimately to your own health.

I have often wondered why the Yanomami don't take advantage of the abundance of wildlife surrounding them and increase the amount of animal protein in their diet.

Obviously, in Yanomami culture there are no commercial interests to produce inexpensive meat, dairy products or processed food full in high fructose corn syrup.  If there were such interests, many of the animals surrounding them would have been hunted to extinction, with dire consequences for the entire ecosystem of the rainforest and their survival.

Unfortunately, such destruction of natural ecosystems has occurred in many rain forests around the world, where vast portions of ancient forest has been destroyed to make room for cattle farming (to feed our insatiable appetite for beef, and make it possible to consume cheap hamburgers), or to produce palm oil (an ingredient of many processed foods).  Forty percent of the diversity of rainforests around the world is already gone, a number that is surprisingly similar to the reduction in diversity of our gut microbiome in North America.

Maybe instead of exclusively focusing on diets that keep us slim and make us feel good, we should ask the question if there is a diet that is optimal not only for us, but also for the ecosystems that live inside of us (our gut microbiome), and the natural world around us?

As we are an intricate part of this “web of life”, shouldn't such a diet be beneficial for us as well?  So no matter what diet trends are happening, it is worthwhile keeping the above considerations in mind:  there is no question that the foundation of a healthy diet (and healthy environment) remains a diet that looks like real food, is rich in diverse plants, and very low in animal fat, refined sugars and highly processed food, whether you choose to eat meat or not.

What Are Your Thoughts On This Topic? We Would Love To Hear Your Feedback? 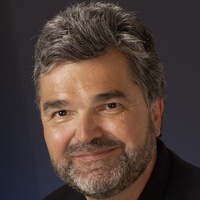 Emeran Mayer is a Gastroenterologist, Neuroscientist and Professor in the Departments of Medicine, Physiology and Psychiatry at the David Geffen School of Medicine at UCLA. He is also the author of the well recognized book, …