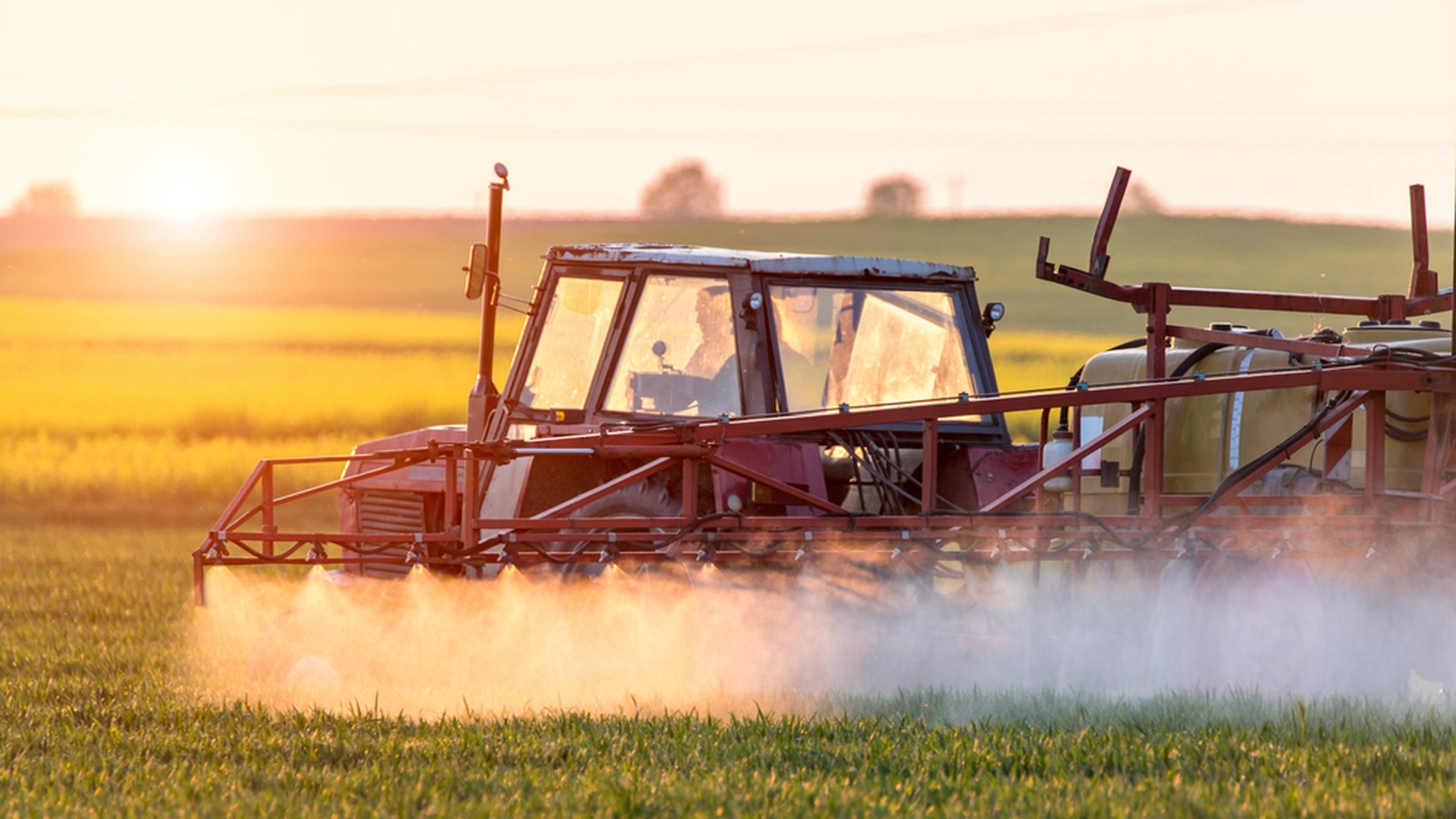 What Is ‘Roundup’ Doing To Your Body?

If you're a resident of planet earth and live in a community that bears some resemblance to modern civilization - you've probably been exposed to Roundup. Scary, right?

This herbicide has been around since 1970 when a chemist by the name of John Franz synthesized N-(phosphonomethyl) glycine and dubbed the compound "glyphosate", which was then launched into the agricultural market as the active ingredient in Roundup. This product's remarkable capacity to manage stubborn perennial weeds catapulted it to commercial success; while the threats it posed to the environment and human health were either inaccurately assessed or completely ignored.

Roundup's parent company, Monsanto, has existed at the pinnacle of social controversy for decades, with multiple claims made against most of its products for their devastating effect on the environment. More recently, fears have arisen that some Monsanto products such as Roundup may be responsible for elevated levels of chronic disease and in some cases, death. In 2009, a court in France found Monsanto to be guilty of falsely advertising its Roundup herbicide as "biodegradable" & "environmentally friendly"; perpetuating claims that it "left the soil clean" - statements which are all overwhelmingly false.

A 2011 German study analysed the urine samples of a large cohort of Berlin's citizens including journalists, construction workers and lawyers - none of whom had any physical involvement with the agricultural industry or experienced any direct exposure to glyphosate. The results were staggering - unsafe levels of glyphosate were found in the urine of every single subject.

So what toll is Roundup taking on human ecology and how might it be directly affecting your health? If you've got a strong stomach... read on.

Let's start with the issue that pulls hardest on the heartstrings. High incidences of congenital disorders in regions that contain dense GM plantations have raised concerns that glyphosate-based herbicides such as Roundup are beginning to wreak havoc on the health of our unborn children.

One investigation into neural tube defects suffered by babies born to women living within 1,000 meters of pesticide applications showed a direct correlation between glyphosate and anencephaly - a condition in which a significant portion of the brain, skull and scalp that usually forms during embryonic development is completely absent.

Another study conclusively linked unusually high rates of birth defects in the Red River Valley of Minnesota to parents who were employed as pesticide applicators and experienced exposure to high levels of glyphosate.

In one particularly horrific case that was published in the Journal of Environmental Protection, researchers documented the effects of elevated glyphosate on the children of an American farming family whose father regularly applied the herbicide to crops on their land. It was revealed that the children suffered a myriad of birth defects including an imperforate anus, insufficient levels of growth hormones, hypospadias (an abnormally positioned urinary hole), heart defects and a micro-penis.

The rate of children diagnosed with autism in America has skyrocketed over the past fifteen years, and in so doing, has adopted a linear relationship with the rise of commercially used glyphosate products such as RounduUp.

Glyphosate has a number of biological effects that align with the pathologies known to be associated with autism. One such parallel is the gut flora imbalance witnessed in autistic children. Glyphosate has a crippling effect on the beneficial gut bacteria that would usually act to suppress pathogenic bacteria, while the pathogenic bacteria demonstrates a certain immunity to these effects.

Glyphosate has also demonstrated a distinct capacity to promote the accumulation of aluminum in the brain, further strengthening the claim that it may be a leading cause of autism in the United States.

In 2015, the International Agency for Research on Cancer (IARC),  a division of the World Health Organisation, announced that glyphosate would be added to the list of substances that are known to be carcinogenic to humans. A carcinogen by definition is a "substance or agent that can cause cells to become cancerous by altering their genetic structure". This is a serious issue, and yet worldwide authorities that regulate the usage and distribution of glyphosate are still bowing to the whims of multinational corporations; unquestionably favoring profits over people.

House-to-house surveys of 65,000 people in Argentinian farming communities where Roundup is used found cancer rates two to four times higher than the national average; with significant increases in breast, prostate and lung cancers.

Another U.S. study conducted on children whose parents had been exposed to Roundup during the two years prior to the child's birth found that their chance of developing brain tumors increased by 100%.

The high cancer rates among people exposed to Roundup can most likely be attributed to glyphosate’s known ability to induce DNA damage.

How To Avoid Roundup

As always, prevention is much better than cure and avoiding Roundup is an achievable goal. If you're able to consume only certified organic, non-GMO produce, meat and dairy - you're likely to avoid exposure to hazardous levels of glyphosate. However, if you're finding it difficult to go completely organic, make an effort to at least avoid non-organic corn, grain & rice based products, as well as products from animals that have been fed any of these ingredients.

If You Would Like More Information On The Effects Of RoundUp, Check Out The New Film, Transgenic Wars On FMTV.