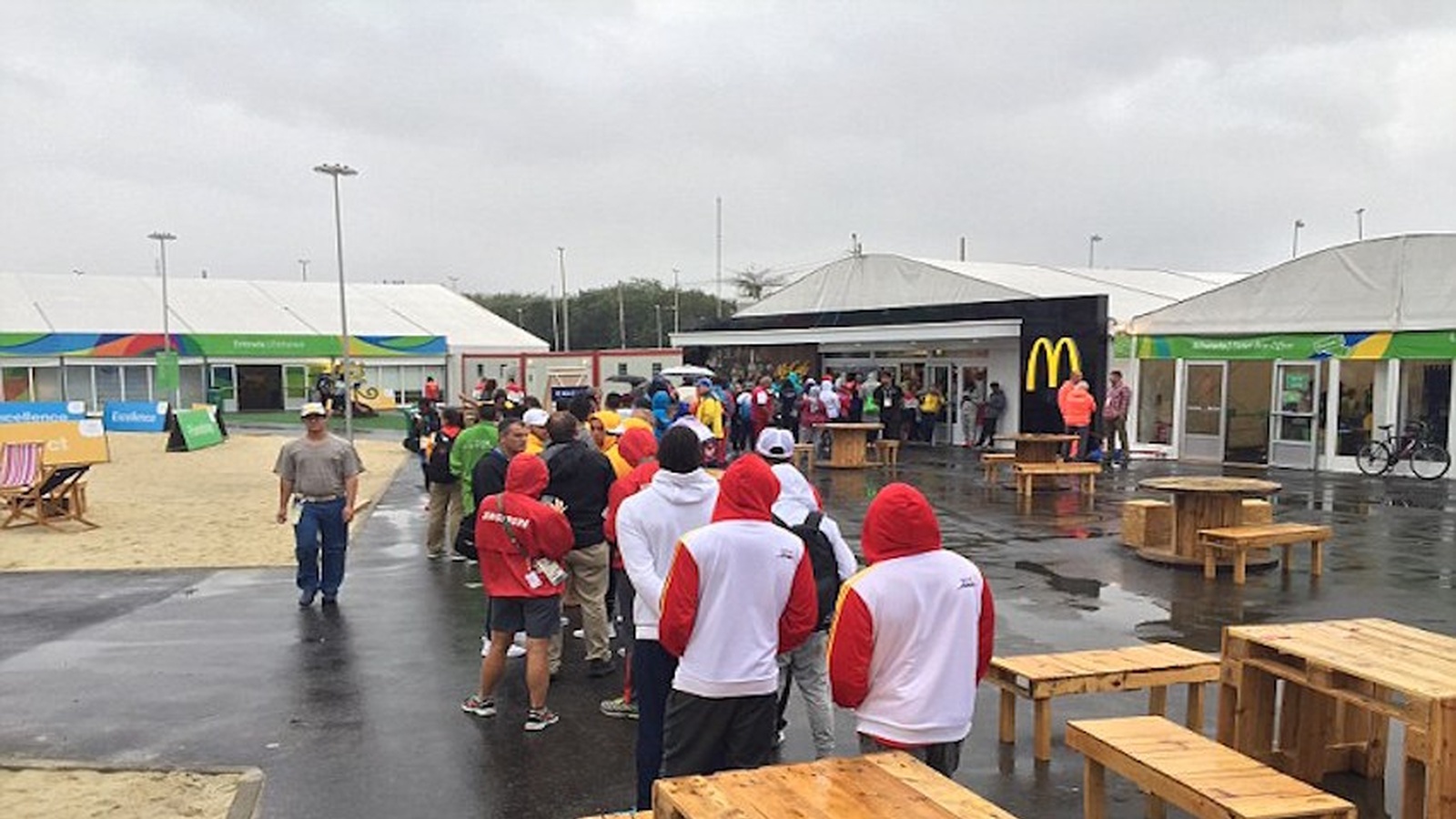 Why Is McDonald’s Sponsoring The Olympics?

Don’t have time to read the whole article? Here are the main points:

What do greasy cheeseburgers, french fries, Coca-Cola and sport have in common? That is the question that has us scratching our heads as we have been watching the 2016 Rio Olympic games over the last week or so.

Elite athletes have reportedly been standing in lengthy line-ups ordering over 20 McDonald's items at a time as the fast food giant gives away free McDonalds in the Olympic village.

As the athletes patiently await for their super-sized orders, we can’t help question why a company selling unhealthy food, in the midst of our current global obesity epidemic has teamed up to sponsor the biggest sporting event in the world.

These junk food giants see events such as the Olympics as an opportunity to promote unhealthy food choices.

In fact, McDonald's has been a major sponsor of the Olympic games since 1968 and has reportedly paid a whopping $98 million dollar to extend its sponsorship until 2020! According to recent reports, Coke spends approximately $44 million per 4-year game cycle, since 1928 as well! That’s big money!

With Figures Like These, It's No Wonder These Companies Are First In Line To Sponsor Such Events!

Who else can afford to pay this kind of money and provide free food to thousands of hungry athletes every day? Companies such as McDonald's and Coca-Cola may have the money to put forward but does their message match the focus of what the Olympics, sport and being active is all about?

According to the latest data from the World Health Organization, global obesity is currently at its peak with over 600 million adults worldwide now considered to be obese. The fast-food industry has been labelled as one of the most responsible sources for contributing to such statistics.

As Ironic As It May Be, McDonald’s Is A Main Supporter Of Many Local Sporting Teams As Well As National Teams And Individual Athletes

We can’t help but wonder just how effective these major sponsorships are, and what the overall health impacts are on a global scale. The Olympics, in particular, is a mecca of elite athletes who are hungry and ready to enjoy a "cheat meal" after they've worked so hard to compete.

Now, we're all for treating yourself from time to time, and it's certainly deserved by these athletes after such strict regimes, but imagery of McDonald's in the laps of the world's greatest athletes, even if it is just for one day or one week, can have a lasting impact on those who are easily influenced.

The issue here isn’t really the values of McDonald’s, but the values of the Olympic committee in charge of assigning sponsors for the games. Money certainly has incredible power to persuade.

We acknowledge that the games simply couldn’t go ahead without sponsor's willing to hand over this kind of money for the games, however, surely there could be an alternative?

This topic even has celebrity chef, Jamie Oliver, talking too as he is super passionate about changing the culture of allowing fast-food companies to be associated with sporting events.

In a recent article, Jamie has suggested that we could either find alternative ways to fund the Olympics, or have companies like McDonald’s, who are already involved, be forced to meet strict nutritional standards when sponsoring major events.

The Truth About How Much McDonalds Elite Athletes Eat

Athletes such as sprinter, Usain Bolt and Australian badminton player Sawan Serasinghe, have posted selfies on social media boasting of their McDonalds binge-feeds after 4 years of strict dieting and training. Putting such strain on your body requires a strict, nutritionally-balanced, tailored meal plan. Not something you could get from a McDonald's drive-thru. However, when they're in the spotlight of the world, they're branded with companies that don't align with their typical regimes. Usain shared a Snapchat eating his chicken nuggets. Something which he is famous for enjoying at the Olympics.

For example, Usain had shared a Snapchat eating his chicken nuggets (below). Something which he is famous for enjoying at the Olympics. But how much McDonald's does he really eat on a regular basis? That's not shown. 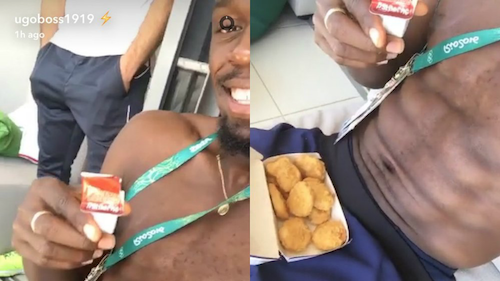 Yet, when speaking with GQ, Usain reveals he has his own cook, and a typical day's worth of food includes:

As for cravings? Usain says "When you start with a coach and there’s a weight you need to stay at, and every day you have to weigh yourself and watch what you eat. When you get your cravings you just have to look the other way. That’s the hardest part". 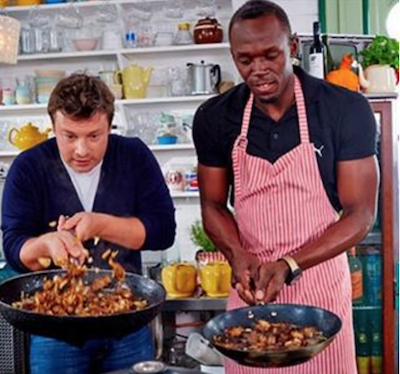 Nutritionists have acknowledged that despite an athlete's capacity to metabolize fat in a much more superior way than the average person, this doesn’t change the fact that it is far from the best thing they could be fueling their bodies with.

Could McDonald's Do Things Differently?

It's not just McDonald's and Coca-Cola capitalizing on major sporting events. Scotch whisky brand, Johnnie Walker, received a lot of backlash after its sponsorship affiliations with Formula 1.

Alcohol and driving is just another example of an event sending a conflicting message for consumers. Due to consumer demand Johnnie Walker used this opportunity to put a “healthier” spin on the idea of their brand being a major sponsor.

Johnnie Walker launched a campaign alongside the F1 event that advocates against drink driving. This campaign encouraged people to make a pledge to “never drink and drive”. In return, Johnnie Walker would offer free Uber rides to those at the F1 event who made this commitment.

Since the campaign launched the company has provided over 1.2 million kilometres worth of safe rides home, and continue to spread the message that drink driving is not okay.

So What's The Solution?

Ideally, we would love to see more health-focused companies step up as major sponsors, highlighting how important nutrition really is for optimal performance.

As the health industry continues to grow, we hope the ability for companies to invest more money into major sporting events is able to expand too.

Until this happens, let’s continue to support those striving for change and demanding more health-focused alternatives within the sporting industry.