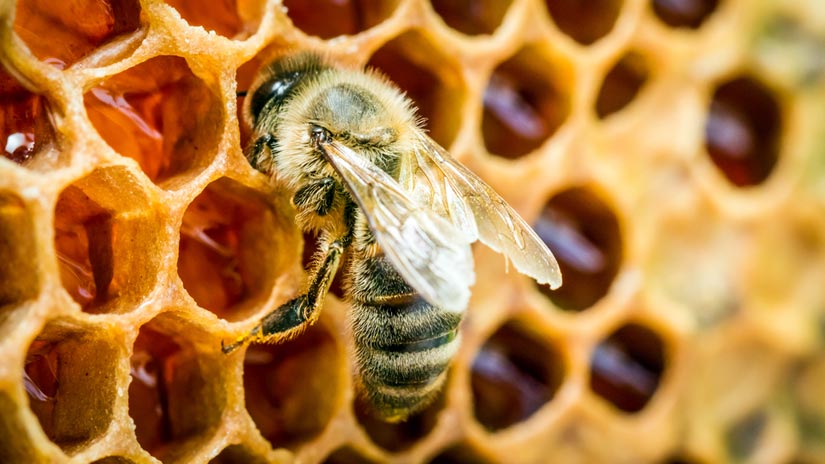 The Egyptians wrote about it back in 5500 B.C., the Indians used it for their religious ceremonies in 1000 B.C. and even the Babylonians have been noted to use it in their medicinal practices. The western world actually discovered the benefits of bee superfoods by accident during an investigation of native Russian Beekeepers who regularly lived past 100 years of age who ate raw honey, rich in bee pollen, every day.

Royal Jelly is a milk like secretion from the head glands of the worker bees. The queen bee lives almost exclusively on royal jelly and she lives around 40 times longer than the rest of the bees. Royal Jelly is a powerhouse of nutrients containing every nutrient necessary to support life. It is the world's richest source of pantothenic acid (also known as Vitamin B5), which is known to combat stress, fatigue and insomnia and is a vital nutrient for healthy skin and hair.

Bee pollen is collected by bees from flowering plants and formed into granules. Bee pollen is the most complete food found in nature and has five to seven times more protein than beef. It is especially beneficial for the extra nutritional and energy needs of athletes and those recovering from illness. It is a natural antidote for fighting allergies particulary hayfever and sinusitus. Research shows that pollen counteracts the signs of aging and increases both mental and physical capability.

Propolis is the substance that bees coat the walls of their hives with and bee hives have often been referred to as the most antiseptic places in nature. The powerful antibiotic properties of propolis can help protect humans from bacteria and can strengthen our immune system. Propolis works against viruses, something that antibiotics cannot do. Research shows that taking propolis during the high risk 'cold and flu' season reduces colds, coughing and inflammation of the mouth, tonsils and throat.