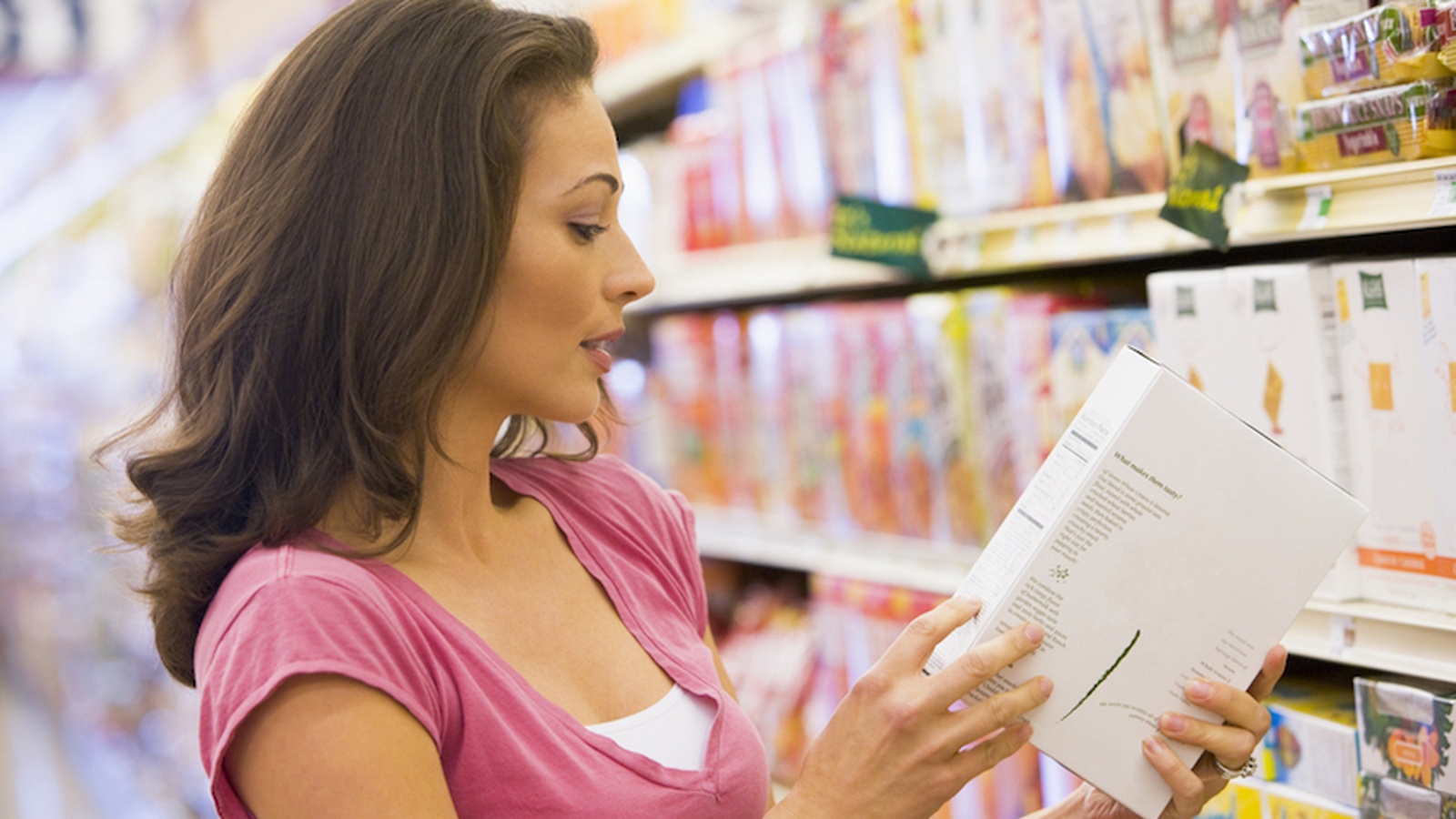 22 Additives And Preservatives To Avoid

It seems there is a constant struggle to find foods without additives and preservatives. Many have been around for a very long time, while others surface as new or simply use another name for a common additive or preservative.

There are numerous reasons why food additives and preservatives are used. One reason is that they can help maintain and improve freshness by slowing product spoilage caused by mold, air, bacteria, fungi or yeast while helping reduce the risk of contamination. In some cases, additives and preservatives may help improve or maintain nutritional benefits.

Additionally, they may be used to improve taste, texture and appearance. For example, emulsifiers, stabilizers and thickeners give foods the texture and consistency consumers expect to find when enjoying certain products. Some leavening agents help baked goods rise, another expected attribute, while many additives affect the acidity and alkalinity of certain foods. Commonly, additives and preservatives are used to provide a delicious taste while reducing the fat content.

Here is a list of the most common additives and preservatives, and what you should know about them.

A key word here is artificial and should give you a good indication that something unnatural is in the product. Typically, artificial colors are chemical-based dyes that are used to color food and drinks. Most processed foods, candies, beverages and many condiments contain artificial coloring.

There is great concern that artificial food coloring may cause increased hyperactivity in children.

1. Yellow No. 5 may cause sever asthma symptoms.

2. Studies have shown that Red Dye No. 2 may cause cancer.

Banned in Norway, Finland, and France. May cause chromosomal damage.

Banned in 1990 after 8 years of debate from use in many foods and cosmetics. This dye continues to be on the market until supplies run out! Has been proven to cause thyroid cancer and chromosomal damage in laboratory animals.  May also interfere with brain-nerve transmission.

Banned in Norway and Sweden. Increases the number of kidney and adrenal gland tumors in laboratory animals.  May cause chromosomal damage.

Has several ingredients including curcumin extracted via petroleum products and propylene glycol found in lollies and drinks.

Regardless, the FDA approves many food coloring additives as safe.

High fructose corn syrup (HFCS) is made from corn starch and offers a sweet flavor. It is popular because it is cheaper to produce than cane sugar. Starch is a simple sugar, and when broken down the end result is corn syrup, which is 100% glucose. Enzymes are then added to the corn syrup, helping convert the glucose into another simple sugar called fructose.

In addition to sweet products, it is found in many other types of foods. Yogurts, breads, frozen pizzas, cereal bars, cocktail peanuts, and boxed macaroni and cheese are a few examples where HFCS is found.

Because major health risks have exploded in the past few decades with the increasing popularity of easy to grab processed foods, it is thought that HFCS may increase the risk of obesity and type 2 diabetes.

To read more about HFCS click here, here and here.

While watching calorie consumption is important, using artificial additives and sweeteners such as aspartame may cause some health risks. Studies have shown that aspartame may elevate blood glucose and increase anxiety.

Potassium bromate is a common food additive that is used to strengthen bread and cracker dough, helping it rise during baking; however, California and and the international cancer agency lists it as a carcinogen.

Potassium bromate has been labeled as causing tumors, toxic to the kidneys and may even cause DNA damage. Though once baked, it converts to potassium bromide which has been deemed as non-carcinogenic, some residues exist.

It has been banned in the United Kingdom, European Union and Canada in food, but the United States still allows it to be added to flour.

To read more about Potassium Bromate click here and here.

It is no surprise that MSG is on the list. MSG is created by a naturally occurring chemical called glutamate and looks similar to salt or sugar crystals. While glutamate is tasteless, it has the ability to enhance flavors. It is typically found in Chinese food, canned foods, and processed meats. MSG has the GRAS Classification by the Food & Drug Administration which means it is “generally recognized as safe.” But due to the controversy surrounding MSG, the FDA requires that it be listed on the label.

However, some foods such as tomatoes, soybeans, and seaweed naturally contain glutamate, and some researchers suggests that glutamate, also known as umami, is the another essential flavor that our taste buds can detect, in addition to sweet, salty, bitter, and sour.

MSG has gotten a bad rap for years, with numerous claims in late 1960s alleging that food prepared with MSG at Chinese restaurants made people sick; however, many studies report difficulty in finding concrete evidence that there is a problem with MSG. At the same time, some reports have indicated numerous reactions such as headaches, flushing, sweating, facial pressure or tightness, numbness, tingling or burning in the face, neck and other areas, rapid, heart palpitations, chest pain, nausea, and weakness.

Labels typically note it as monosodium glutamate or MSG, but it may be disguised by other ingredients that contain MSG such as hydrolyzed soy protein and autolyzed yeast. Alternative names: sodium glutamate, MSG, Accent , Zest, Ajinomoto, Vetsin

Click here, here and here to read more about MSG.

Sodium benzoate is a common food preservative used in many processed food products and drinks to prevent spoilage.

Sodium benzoate is the sodium salt of benzoic acid. It is used as an antifungal preservative in pharmaceutical preparations and foods.

Sodium benzoate is often added to acidic food products such as sauerkraut, jellies and jams, and hot sauces; however some foods, like cranberries, cinnamon, prunes and apples, naturally contain it. It has been suggested that it may help treat hyperammonemia in terms of medication.

Concerns have been raised regarding it as a possible cause of hyperactivity in some children, though more studies are needed according to The European Food Safety Authority.

Sodium nitrite is usually found in preserved meat products like sausages, cured meats and canned meats. Concerns of this preservative are that too much may cause pancreatic cancer and other health problems.

A study reports that methemoglobinemia, a blood disorder in which an abnormal amount of methemoglobin is produced, was found in in an adolescent girl and her father after ingesting homemade beef jerky that contained sodium nitrate. Both experienced palpitations, dyspnea, and visible mucosal cyanosis.

Preservative used in wine-making and other processed foods. According to the FDA, approximately one in 100 people is sensitive to sulfites in food. The majority of these individuals are asthmatic, suggesting a link between asthma and sulfites. Individuals who are sulfite sensitive may experience headaches, breathing problems, and rashes. In severe cases, sulfites can actually cause death by closing down the airway altogether, leading to cardiac arrest.

Found in wine and dried fruit.

Sulfur additives are toxic and in the United States of America, the Food and Drug Administration have prohibited their use on raw fruit and vegetables. Adverse reactions include bronchial problems, particularly in those prone to asthma, hypotension (low blood pressure), flushing, tingling sensations or anaphylactic shock. It also destroys vitamins B1 and E. Not recommended for consumption by children. The International Labour Organization says to avoid E220 if you suffer from conjunctivitis, bronchitis, emphysema, bronchial asthma, or cardiovascular disease.

Propyl paraben is commonly used as a preservative in many foods including tortillas, bread products and food dyes; and cross contamination has lead to propyl paraben showing up in beverages, dairy products, meat and vegetables. It is commonly found in many cosmetics, such as creams, lotions, shampoos and bath products.

A federal study showed that 91 percent of Americans tested had propyl paraben in their urine. This is of concern since propyl paraben is an endocrine-disrupting chemical that is “Generally Recognized as Safe.” Studies indicate that subjects had decreased sperm counts and testosterone levels. Additionally, it has been shown to alter the expression of genes, including those in breast cancer cells and to accelerate the growth of breast cancer cells. Harvard School of Public Health shared the results of a recent study linking propyl paraben to impaired fertility in women.

To read more about Propyl Paraben here and here.

Butylated hydroxyanisole (BHA) and butylated hydroxytoluene (BHT) are preservatives found in cereals, chewing gum, potato chips, and vegetable oils. This common preservative keeps foods from changing color, changing flavor or becoming rancid. Affects the neurological system of the brain, alters behavior and has a potential to cause cancer. BHA and BHT are oxidants which form cancer-causing reactive compounds in your body.

You may have heard of trans fat, which has been a popular topic on labels for the past decade or so. Trans fats are created when manufacturers add hydrogen to vegetable oil which usually occurs during the manufacturing process, though very small amounts of trans fats are naturally occurring in animal fat.

The problem with trans fats is that they are believed to increase the risk of heart disease, stroke, and type 2 diabetes; in fact, scientists are now in agreement that trans fat is harmful to health. It raises your bad (LDL) cholesterol levels and lowers your good (HDL) cholesterol levels.

What Can You Do

Avoiding food additives and preservatives doesn’t have to be daunting. While it is present in the majority of packaged foods, eating foods in their original, organic state can greatly reduce risks associated with additives and preservatives. Consider some DIY beauty products. Checking the label and looking for products that contain ingredients that you understand is very helpful when making food or personal care product choices.

For a full list of these ingredients, go to here or here.

What Steps Have You Taken To Remove Food Additives And Preservatives From Your Life? Share Your Thoughts In The Comments Below!