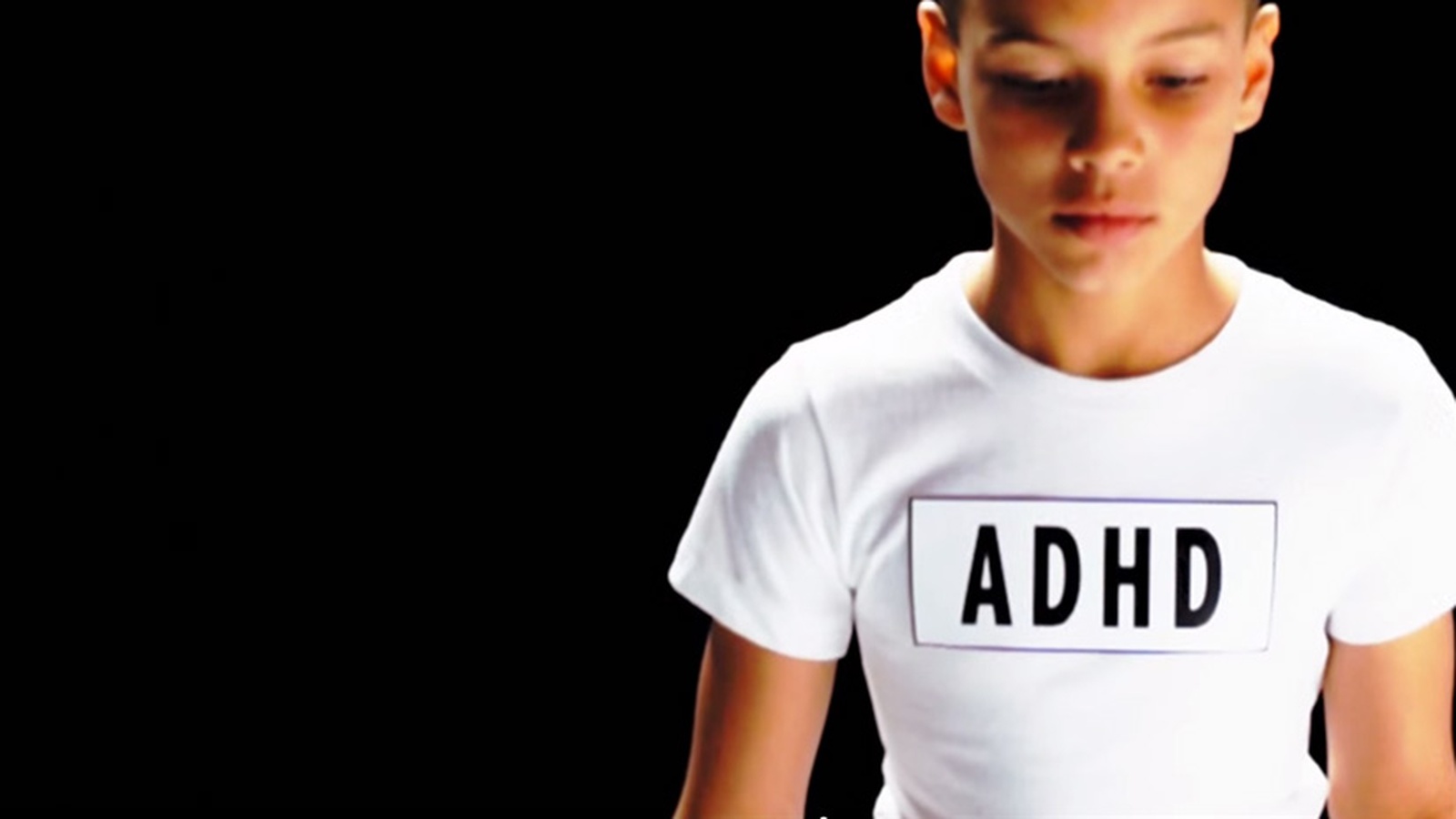 The Marketing Of Madness is an excellent documentary detailing how the psychiatric drug industry was born and its powerful and profitable partnership with the drug industry, which has turned psychiatry into an $80 billion drug profit center.

Unfortunately, the evidence is overwhelmingly stacked against psychiatric drugs. It's becoming ever clearer that most of today's psychiatric diagnoses and subsequent drug treatment is a sham, successfully promoted to make you believe it's based on some scientific truth.  But it's not...

Answering this question is the holy grail of psychiatry. Even before there were psychiatrists, such troubles were blamed on things like evil spirits, or an imbalance of "humors." The latter was treated by bloodletting, which is perhaps the longest running tradition in medicine, originating in the ancient civilizations of Egypt and Greece, persisting for some 2,500 years through the Industrial Revolution. It was the "aspirin" of the day, used for just about every conceivable condition from pneumonia to depression. Yet, there was never any evidence that it did any good, and many times the patients died. Of course, it was always assumed it was the disease that killed them, rather than the treatment.

Interestingly, we now know that there was good reason why this may have helped men or postmenopausal women. If they had high iron levels this would have been able to reduce their load and thus improve their overall health. Finally, 19th century scientists began to question its value and medical statisticians who tracked case histories discovered that it wasn't helping much of anything.

The blanket prescription of drugs for every conceivable psychological hiccup has become the bloodletting theory of the 21stcentury… Of course, in the case of psychiatric drugs, there's tremendous profits to be made by maintaining the status quo and not admitting the error of their ways. The fact is, psychiatry STILL doesn't understand what causes psychological distress, and the primary theory proposed; the idea that unwanted behavior and depression are due to an imbalance of serotonin and dopamine in your brain, has NEVER been proven.

On the contrary, research has proven the theory is WRONG, yet this evidence has been swept under the proverbial rug. Despite what the slick advertisements say, psychotropic drugs have no measurable biological imbalances to correct—unlike other drugs that can measurably alter levels of blood sugar, cholesterol and so on.

"How can you medicate something that is not physically there?" they ask in this documentary.

The answer is, of course, you can't! Doing so anyway is a dangerous game.

The Physical Dangers of Medicalizing a Non-Physical Condition

One significant danger of psychotropic drugs is that they can upset the delicate processes within your brain needed to maintain your biological functions. This risk simply cannot be overstated… The documentary cites some staggering statistics attributed to psychiatric drugs:

How in the world can drugs that cause over 40,000 deaths a year be permitted, let alone handed out like candy?

The Truth about the "Chemical Imbalance" Theory

As a family physician I have treated many thousands of depressed patients. Depression was actually one of my primary concerns in the mid 80s when I first started practicing, however at that time my primary tool was using antidepressants. I put thousands of people on these drugs and acquired a fair level of experience in this area.

Thankfully I learned more and was able to stop using all these drugs. It was my experience that the chemical imbalance was merely a massive marketing gimmick to support the use of expensive and toxic antidepressants.
Most of you have probably heard that depression is due to a "chemical imbalance in your brain," which these drugs are designed to correct. Unfortunately for anyone who has ever swallowed this marketing ploy, this is NOT a scientific statement.

So where did it come from?

The low serotonin theory arose because they understood how the drugs acted on the brain; it was a hypothesis that tried to explain how the drug might be fixing something. However, that hypothesis didn't hold up to further investigation. Investigations were done to see whether or not depressed people actually had lower serotonin levels, and in 1983 the National Institute of Mental Health (NIMH) concluded that

"There is no evidence that there is anything wrong in the serotonergic system of depressed patients."

The serotonin theory is simply not a scientific statement. It's a botched theory—a hypothesis that was proven incorrect.
The fact that this fallacy continues to thrive is destroying the health of millions, because if you take an SSRI drug that blocks the normal reuptake of serotonin, you end up with the very physiological problem the drug is designed to treat–low serotonin levels. Which, ironically, is the state hypothesized to bring on depression in the first place.

In 1996, neuroscientist Steven Hyman, who was head of the NIMH at the time, and is today Provost of Harvard University, published the paper Initiation and Adaptation: A Paradigm for Understanding Psychotropic Drugs, in which he explains this chain of events. According to Dr. Hyman, once your brain has undergone a series of compensatory adaptations to the drug, your brain operates in a manner that is "both qualitatively and quantitatively different than normal."

How Did it Ever Get this Bad?

Part of the puzzle explaining why we now have a pill for every emotion and psychological trait is that psychiatrists were originally not considered "real" doctors—they couldn't actually "do" much to help their patients, and they certainly couldn't cure them. They realized that to increase their status, they had to make the field more scientific, and it was this decision that gave birth to the medicalizing and drugging of every conceivable behavioral tendency.

Part of the problem is that the criteria for diagnosis has expanded exponentially—you can now be diagnosed as being "ill" if you have trouble controlling your shopping habits, and a child who often argues with adults can be labeled according to the diagnostic code 313.81 -- Oppositional Defiant Disorder. A staggering array of normal human experiences now masquerade as "disorders," for which there is a drug treatment available.

Another factor is the fact that psychiatric drugs CREATE more serious forms of mental illness...

What Does the Science Really Say about the Effectiveness of Psychiatric Drugs?

First of all, when looking at the research literature, short-term trials show that antidepressants do NOT provide any clinically significant benefits for mild to moderate depression, compared to a placebo. As you know, all drugs have benefit-to-risk ratios, so if a drug is as effective as a placebo in relieving symptoms, it really doesn't make sense to use them as a first line of defense.
And yet doctors all over America prescribe them as if they were indeed sugar pills!

However, it gets worse. Research into the long-term effects of antidepressants shows that patients are no longer really recuperating from their depressive episodes as was the general norm prior to the advent of modern antidepressants. The depression appears to be lifting faster, but patients tend to relapse more frequently, turning what ought to have been a passing phase into an increasingly chronic state of depression.

Long-term studies now indicate that of people with major depression, only about 15 percent that are treated with an antidepressant go into remission and stay well for a long period of time. The remaining 85 percent start having continuing relapses and become chronically depressed.

This tendency to sensitize your brain to long-term depression appears to be the same both for the earlier tricyclic antidepressants and the newer SSRIs (selective serotonin reuptake inhibitors).

In addition, SSRI's have been shown to increase your risk of developing bipolar depression. Anywhere from 25 to 50 percent of children who take an antidepressant for five years convert to bipolar illness. In adults, about 25 percent of long term users convert from a diagnosis of unipolar depression to bipolar.

This is a serious concern because once you're categorized as bipolar, you're often treated with a potent cocktail of medications including an antipsychotic medication, and long-term bipolar outcomes are grim in the United States. For starters, only about 35 percent of bipolar patients are employed, so the risk of permanent disability is great.

Another risk inherent with long-term use is that of cognitive decline.

Fortunately, there are other, safer, more effective ways, and some countries are starting to pay heed to the fact that research is actually showing it to be beneficial, rather than bowing to the will of pharmaceutical companies.

Exercise – If you have depression, or even if you just feel down from time to time, exercise is a MUST. The research is overwhelmingly positive in this area, with studies confirming that physical exercise is at least as good as antidepressants for helping people who are depressed. One of the primary ways it does this is by increasing the level of endorphins, the "feel good" hormones, in your brain.

Address your stress -- Depression is a very serious condition, however it is not a "disease." Rather, it's a sign that your body and your life are out of balance. This is so important to remember, because as soon as you start to view depression as an "illness," you think you need to take a drug to fix it. In reality, all you need to do is return balance to your life, and one of the key ways to doing this is addressing stress.

Meditation or yoga can help. Sometimes all you need to do is get outside for a walk. But in addition to that, I also recommend using a system that can help you address emotional issues that you may not even be consciously aware of. For this, my favorite is Emotional Freedom Technique (EFT). However, if you have depression or serious stress, I believe it would be best to consult with a mental health professional who is also an EFT practitioner to guide you.

Eat a healthy diet -- Another factor that cannot be overlooked is your diet. Foods have an immense impact on your mood and ability to cope and be happy, and eating whole foods as described in my nutrition plan will best support your mental health. Avoiding sugar and grains will help normalize your insulin and leptin levels, which is another powerful tool in addressing depression.

Support optimal brain functioning with essential fats -- I also strongly recommend supplementing your diet with a high-quality, animal-based omega-3 fat, like krill oil. This may be the single most important nutrient to battle depression.

Get plenty of sunshine – Making sure you're getting enough sunlight exposure to have healthy vitamin D levels is also a crucial factor in treating depression or keeping it at bay. One previous study found that people with the lowest levels of vitamin D were 11 times more prone to be depressed than those who had normal levels. Vitamin D deficiency is actually more the norm than the exception, and has previously been implicated in both psychiatric and neurological disorders.