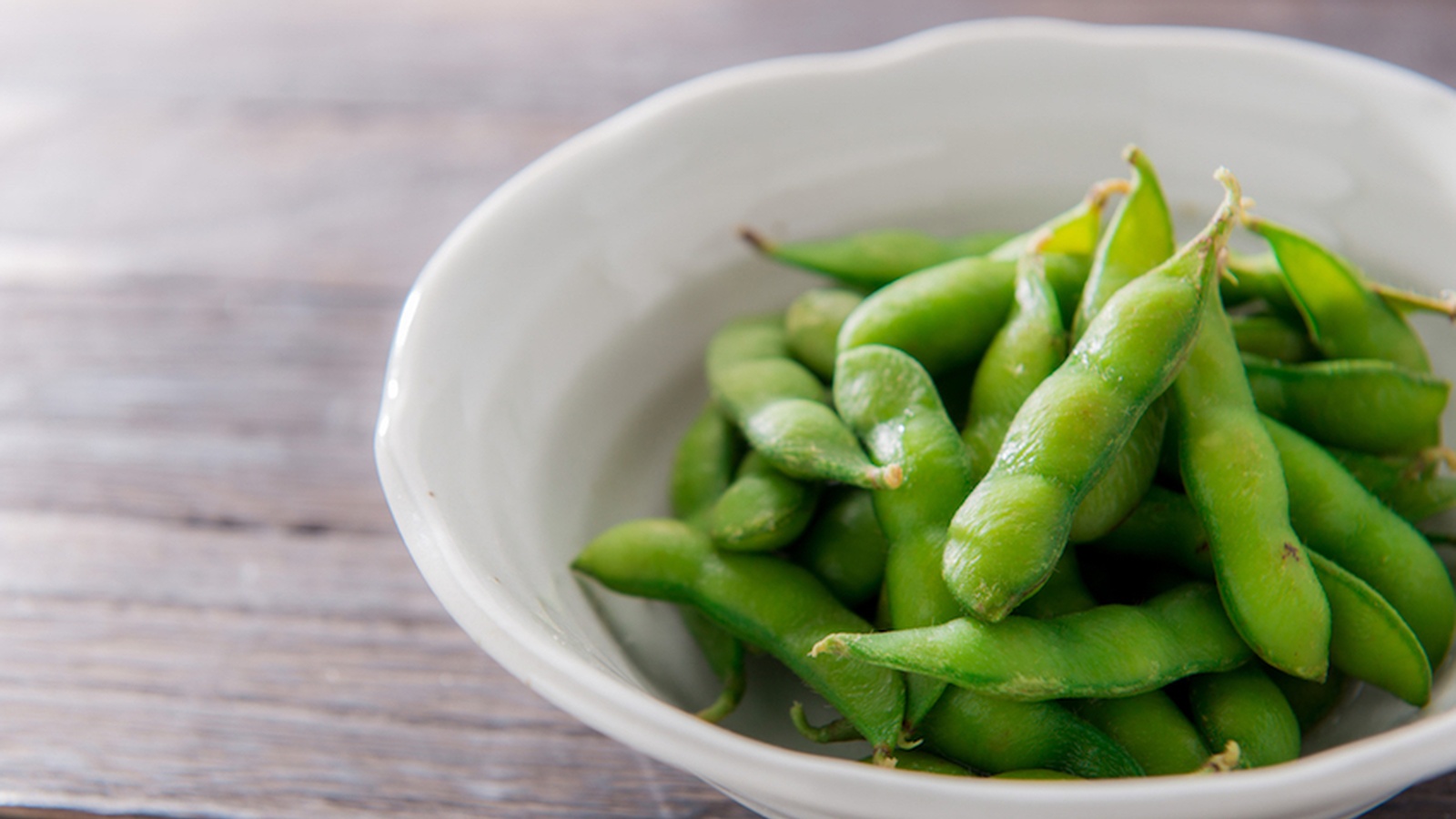 Edamame can be found in some form or fashion on nearly every aisle of healthfood stores these days. Dry roasted, raw, steamed/chilled, or fresh edamame pods are featured in a variety of packages enticing shoppers into thinking this pleasant looking, sweet tasting bean can help them reach their health goals.

Even supermarkets and warehouses like Costco are cashing in on the edamame craze, with conventionally grown versions displayed en masse with the freezer foods next to innocuous and less enticing bags of broccoli, carrots, and peas.

Sourced from immature green soybeans, edamame pods are typically cut on the ends and then steamed, boiled or microwaved. If boiled, salt is usually added to the water. If steamed or microwaved, the salt is added after cooking with the soft green beans removed from the pods.

Edamame is usually served salted and cold as an appetizer in Japanese restaurants. Edamame is also found in modern cuisine from China, Korea and Hawaii, although the latter is largely due to Japanese influence rather than ancestral Polynesian traditions.
If frozen, fresh edamame is blanched first.


Read the rest of this article at The Healthy Home Economist

The Best Holistic Health Advice from Our Moms