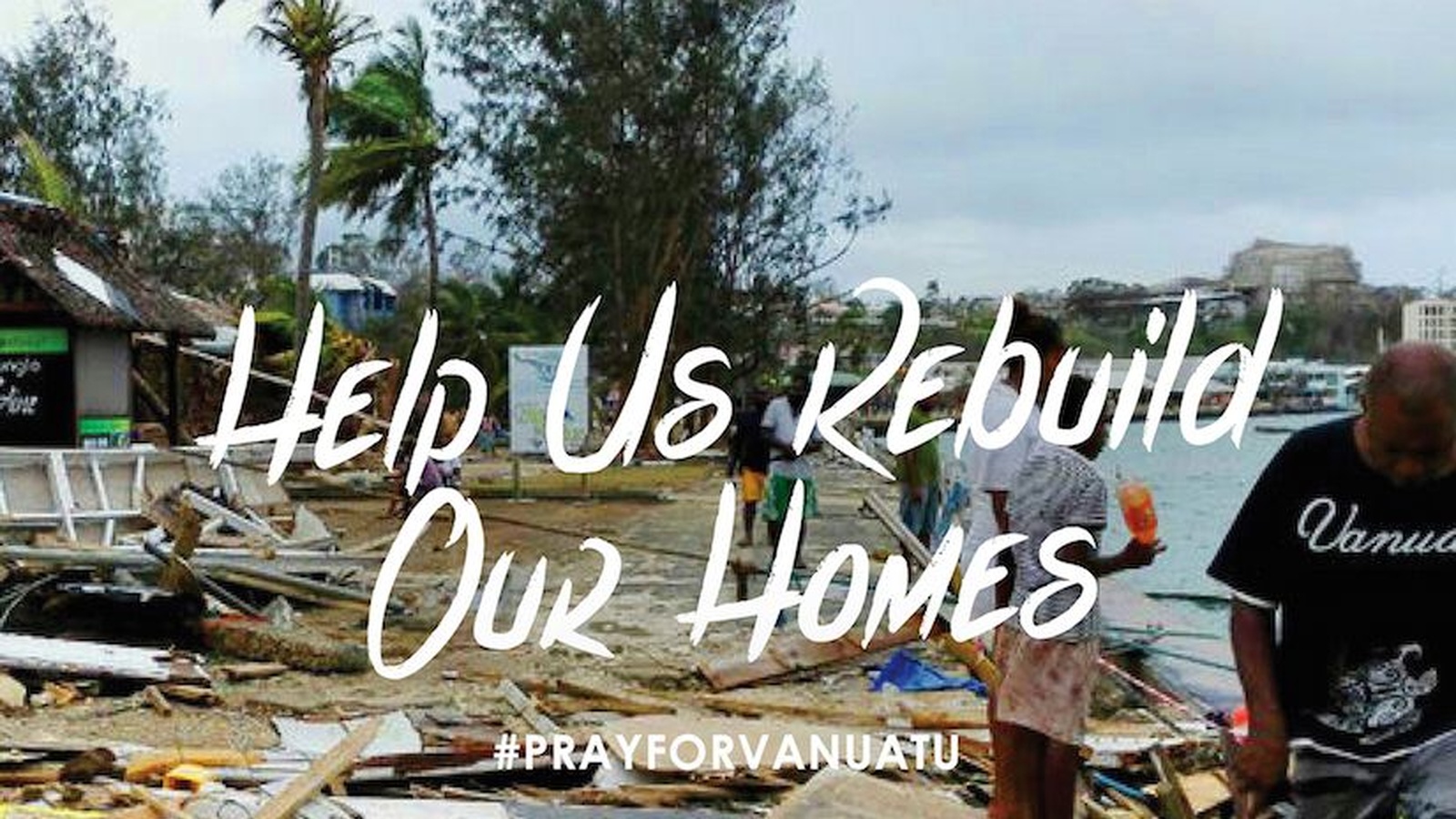 Food Matters For The People Of Vanuatu

Vanuatu was one of the first countries I ever lived in. My father was in the banking industry and we moved there, from Holland, when I was only 6 years old.

It was one of the most incredible and memorable times of my life. As it was still a French colony back then, we spoke french at school and a mixture of french, english and pigeon english in day to day life.

Our family nanny has actually named her children after my brother and sister and to this day my father supports them through school.

Unfortunately a hurricane (cyclone) has decimated the Vanuatu islands in the past week leaving them without many staples (food, water and shelter).

As a former resident and friends with many who have been through this recent extreme weather, two dozen confirmed dead (so far), we as Food Matters are donating to the relief effort and if you wish to also, we recommend Australian Red Cross Tropical Cyclone Pam Appeal.

WHAT'S IN THE NEWS

ABC news wire reports that so far 24 people have been killed by Cyclone Pam whichtore through Vanuatu, the UN says, as the Pacific nation's president pleads for help to rebuild the archipelago's "completely destroyed" infrastructure. 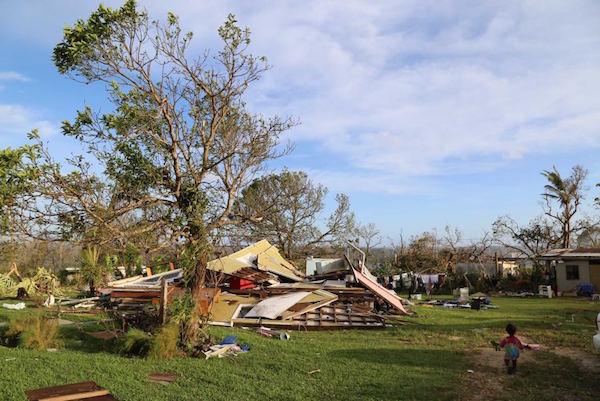 Aid workers said they expected the death toll to rise as more information filtered in from the nation's 65 inhabited islands, where communication services are still not working following the cyclone on Friday night which packed wind gusts of up to 320 kilometers per hour.

In addition to the two dozen confirmed dead, more than 30 people have been injured according to the UN Office for the Coordination of Humanitarian Affairs (OCHA).

Flights over Vanuatu's southern island of Tanna also confirmed widespread destruction of houses and crops, with aid agencies saying conditions are among the most challenging they have ever faced.

"There will be extensive injuries if the people didn't go to higher ground and there might be a lot of fatalities," Mr Shing said.

He said up to 70 per cent of the country's population may have been displaced by Cyclone Pam and many parts of the island chain remained cut off from phone lines.

Vanuatu's population of more than a quarter of a million had been living in 69,000 dwellings.

He said there may be enough food for a few more days and then people would be dependent on aid to survive.

Vanuatu's prime minister Joe Natuman said communication infrastructure had been badly affected and there was still no communication services across the country.

"Communication providers are doing their best to install telephone links throughout the country and they have done that yesterday and today and they assured me today that they will probably install communication by this week," he said.

The country's biggest mobile phone company Digicel said it had restored its network in the capital.

Children Under The Age Of Five At Greatest Risk

All schools in Vanuatu have been destroyed or damaged by Tropical Cyclone Pam, the United Nations said. The United Nation's Children's Fund (UNICEF) said it would set up safe spaces for children to continue with their basic education but said around 17,000 children under the age of five were at risk of poor health and malnutrition after the disaster. 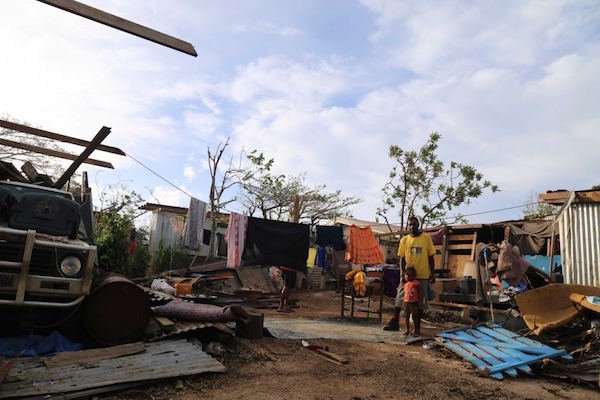 "Children unable to attend school are vulnerable. Children need psychosocial support following the cyclone and its aftermath," UNICEF said in a statement.

UNICEF said it was also working with Vanuatu's government on water and sanitation and had begun distributing supplies to affected areas. Aid organisation CARE estimated 85 per cent of all houses in Port Vila were destroyed. It said the main water tanks in the capital Port Vila were empty and the city's power supply had been damaged.

UNICEF said health centres, including the main hospital, had been damaged and patients had been moved to a new outpatient area. Red Cross Vanuatu chief executive Jacqueline de Gaillarde said shops were already low on supplies because people had stockpiled food before the storm but those supplies were then lost when homes were destroyed.

It said its technicians would now focus on the other main population centres like the rest of Efate island, Tanna and Santo.

Vanuatu's National Disaster Management Office said Pam would have long-term effects on the livelihoods of the large number of local farmers, and have a major impact on the nation's food security.

"Most of these people depend mainly on subsistence farming, so they lost most of their crops and some of them especially in rural areas ... might lose income," operations manager Peter Korisa told the ABC.

"So the priority is how they can resume back to their normal life and how they can sustain their life and maintain food security in those communities."

Authorities in Vanuatu are still struggling to establish contact with outer islands that bore the brunt of Pam's winds. The southern island of Tanna, about 200 kilometres south of Port Vila, with its 29,000 inhabitants took the full force of the storm. 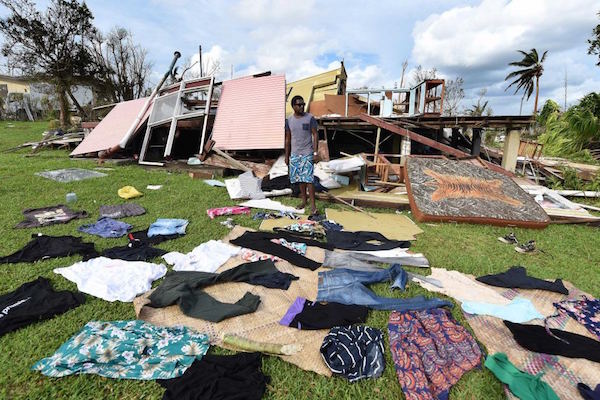 Initial reports from aid groups said it had been devastated, along with the main town on the southern island of Erromango, with at least two people reported dead. Aurelia Balpe, head of the Pacific office of the International Federation of Red Cross and Red Crescent Societies, said it appeared Tanna had suffered widespread damage.

She said a local Red Cross volunteer had been "traumatized" by the cyclone's intensity.

"He sounded like he was in shock and we couldn't get very much information from him, just that there was devastation," Ms Balpe said.

Save the Children's Vanuatu director Tom Skirrow said that aid agencies were preparing supplies but it would likely be three days before airfields in remote islands were cleared.

"We've had aerial surveillance ... all we can tell is what we suspected, that everything's destroyed, but we don't know what's happening with the people right now," Mr Skirrow said.

Relief flights have begun arriving in the battered Port Vila with rice, bottled water and medical kits given to more than 1500 people. But workers on the ground said there was no way to distribute desperately needed supplies across the archipelago.

"Things in Port Vila are improving, people are returning to the market and getting on with the job of starting the clean-up," said Tom Perry, from CARE Australia.

"But the key thing is we still have no contact with other provinces.

"That's of grave concern because there's no real sense from anyone of what the impact has been but we know in the south in particular, it sat under the eye of the storm for hours. It's not going to be good, there's no question."

Donations can be made to the Australian Red Cross Tropical Cyclone Pam Appeal here.