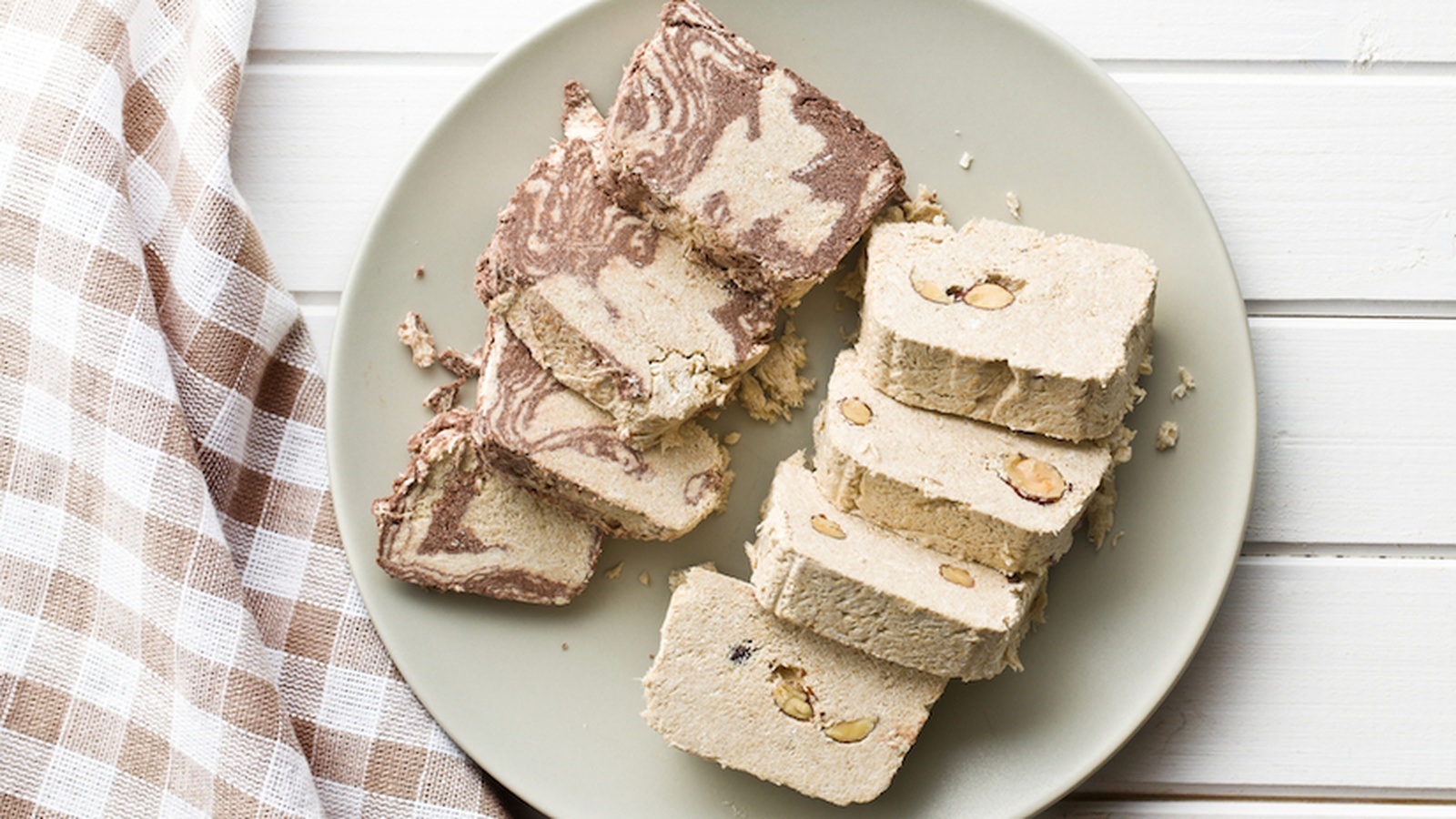 Halva - A Great Source of Calcium and Delicious Snack (RECIPE)

Sesame seeds are a superior source of the macronutrient calcium, which is vital for so many body functions. This halvah recipe shows you how easy and delicious it is to get calcium rich nuts and seeds into our diet.


1. Put sesame seeds in a blender. Grind to as fine a powder as possible, stopping a few times to stir up from the bottom to make sure all seeds are ground.

3. Refrigerate a few hours to firm up before slicing. Keeps at least a week in the refrigerator; much longer frozen.

Sesame seeds are a superior source of the macronutrient calcium, which is vital for so many body functions. This halvah recipe uses hulled sesame seeds because the taste is closer to the traditional Middle Eastern dish. Hulled seeds contain 110 mg. of calcium per 100 grams (about 3.5 oz.) dry weight, which is a considerable amount.

Unhulled sesame seeds, however, are far richer in calcium, upping the calcium content to 1160 mg. per 100 grams which is higher than in any other food! You may want to try making this recipe with the whole, unhulled seeds. It will take a bit more grinding in the blender and the taste is different than regular halvah, but you may like it and what a calcium punch!

Do you know what the origins are of the phrase “open sesame”?

Sesame seeds are one of oldest known cultivated plants in history, going back at least 4,000 years to the Indian subcontinent, Babylon and Assyria. The ancients were intrigued by a certain magical quality: when ripe, the sesame pods burst open at the slightest touch! Scheherazade, the legendary Persian queen and storyteller, is credited with the first use of the phrase when she provided Ali Baba with the magic words, “Open Sesame!” to instantly open the cave, a robber's den, in her exciting tale, “Ali Baba and the Forty Thieves.” The phrase caught on, becoming part of our modern vernacular. Examples abound:

“Open Sesame” reminds us that anything is possible! Long live sesame seeds and our childlike fascination with magic and Nature — ties that binds us to the past and to all humankind! And that’s not trivial!