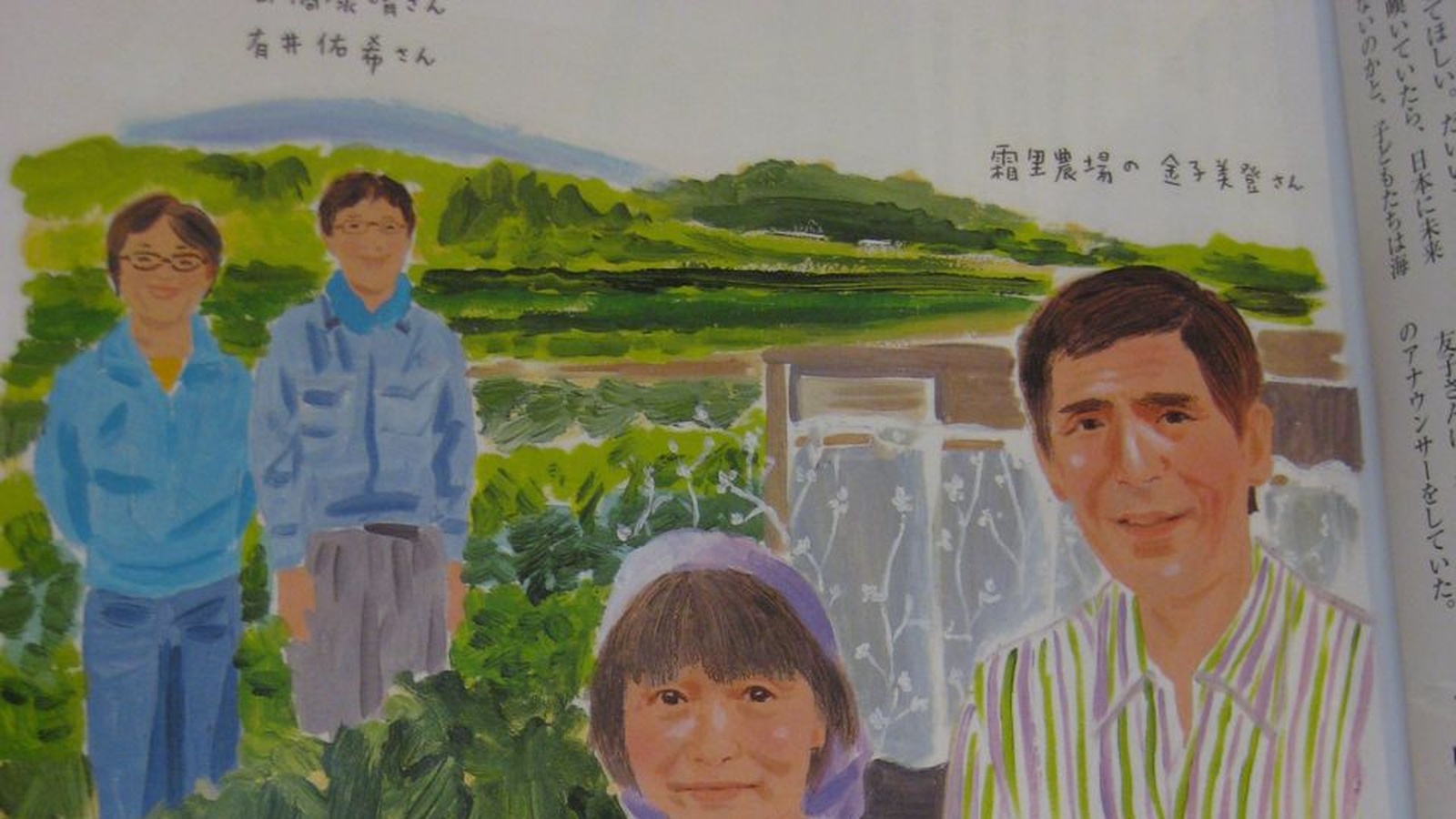 Interview with an Organic Farmer in Ogawa, Japan

By James & Laurentine, the producers of 'Food Matters'

After our screening tour of ‘Food Matters’ in Japan we met with a famous local organic and permaculture farmer, Mr Kaneko. He has been leading the organic movement in Japan since the 1970s and is teaching the next generation of farmers how to be toxin free and how to work in symbiosis with nature. Here is a transcript of our conversation with the help of a translator.

Q: What made you decide to go organic on your farm?

A: In the1970s the Japanese Government decided to shift its focus towards the industry’s that the country is now famous for, car and electronics manufacturing. The idea was that they could more effectively produce these products for profit in comparison to the more inefficient industry’s of rice and soy agriculture. In order to affect this change they cut subsidies to rice and soy farmers causing the industry to slow and become less popular. As farmers moved off the land and into the manufacturing plants the country exported these products and imported the rice and soy that they were no longer creating.

I did not support this idea and continued to farm on the land as I saw the importance of having a local supply of the basics of the Japanese diet. Additionally around this time I was reading a lot of information on the toxicity of chemical agriculture and there were already cases of pesticides being detected in mothers’ breast milk. Japan at this time was importing all of the American ideals of chemical agriculture and aerial spraying was becoming more popular. The heavy use of chemical pesticides in Japan continues to this day even though the soil is effected, birds are dying and the mushrooms in the surrounding hills are also disappearing. After I read ‘Silent Spring’ by Rachel Carson it became clear to me that organic farming was the only option for a sustainable and healthy future.

Q: What percentage of Japanese produce is organic?

A: Organic production only makes up 0.18% of total agriculture output in Japan. This is a very sad situation and quite a low figure compared to most other developed countries. In the Saitama prefecture the rate is quite a bit higher at 6% however in Ogawa town it is almost 90%. This is because I have been spreading this information for so long and educating local farmers.

Before World War II Japan had always been organic. After Japan lost the war the country was torn and poor. The Japanese lost hope in themselves and the Emperor and looked to America for answers. They were sold on chemical farming methods to increase yields and adopted an American way of eating. Now Japan is the world’s second largest importer of agricultural chemicals (to make pesticides and fertilizers) and has a large culture of American brand junk foods and fast food chains.

Q: Have you seen a change in Japan towards organics?

A: In 1970 the organics regulatory body JAS (Japan Agricultural Society) was founded but it wasn’t until 2006 and a lot of lobbying that the government has become slightly more receptive towards promoting organics. This has been reflected in the governments decision to offer 4 Million Japanese Yen (approximately $44,000 USD) to each prefecture which is interested in starting an organic farm town. Ogawa town has been a model town for this project which is why the rate of organic farms has increased so fast.

Q: How are you helping in the movement to organic farming?

A: I have been teaching organic farming for over 30 years. Each student that I teach goes through a total of 1 year of hands-on training at our ‘Frostpia Farm’. Within these 30 years  I have taught many local farmers and also received students from over 40 countries from around the world. I have published books on the topic and appear regularly on TV and in Japanese magazines.

Q: Have there been many examples of toxic poisoning from chemical agriculture and industry in Japan?

A: Yes, there have been quite a few.

All around Japan they have been studying the waterways and rivers and have found many environmental toxins and pesticide residues. These toxins have been shown to have a detrimental effect on human health and the hormones of local fish populations causing male fish to turn female and vice versa.

In the mountains of Guma prefecture where they mine for copper the copper has run off into the rivers and killed many people.
There was also a historical incident around 40 years ago where many people in the Minamata area were developing symptoms of mercury poisoning. It was later discovered that a company in the area had been polluting the Minamata Bay area with mercury from factory runoff. Investigators found that the pollution had been consistently flowing into the water for a period of over 20-30 years. Those who developed mercury poisoning came down with terrible symptoms including shaking, pains and increased levels of disease.

Also in the the Nigata prefecture there was an incident of cadmium poisoning in the waterways. Fish and rice were affected and many people developed ‘Itai’ disease or ‘Pain Disease’.

Unfortunately it has only been recently that people have started to pay more attention to these issues. In the last year the poisoned Chinese dumplings incident has served to highlight the importance of food safety and security within Japan. As Japan imports much of its food to support its growing population this is becoming more of a concern.

Even though this is the case most consumers continue to put price first over quality which is keeping Japan’s organic agriculture from progressing further. We need more education through books, DVDs and on TV.

Photos from the farm tour

Farmer Kaneko and his wife with us at their restaurant in town. Yes all of the produce is organic and comes fresh from their farm.


At the entrance to the ‘Frostpia Farm’.


Farms and houses surrounding the area.


Our farm guide with a freshly picked organic carrot!


Row cropping around the farmhouse.


Snow peas... So yummy and crunchy!


Strawberries in a hot house with companion planted wheat as pest control. The wheat attracts bugs that like eating the bugs which eat the strawberries. Beats pesticides any day!


The farms natural methane plant provides gas for cooking, heating, lighting and refrigeration. How this works is that manure waste (from humans and animals) and natural plant waste is deposited into a underground tank which overtime produces natural gasses of methane, carbon dioxide and nitrogen. These gases are then piped through to various sources as an alternative energy source. The farm is seen as an entire ecosystem where all the farm processes work in symbiosis with each other and nothing goes to waste.


The farm also uses used vegetable cooking oil from neighboring restaurants to power all of the diesel farm machinery.

Thank you for having us on your farm Mr. Kaneko!