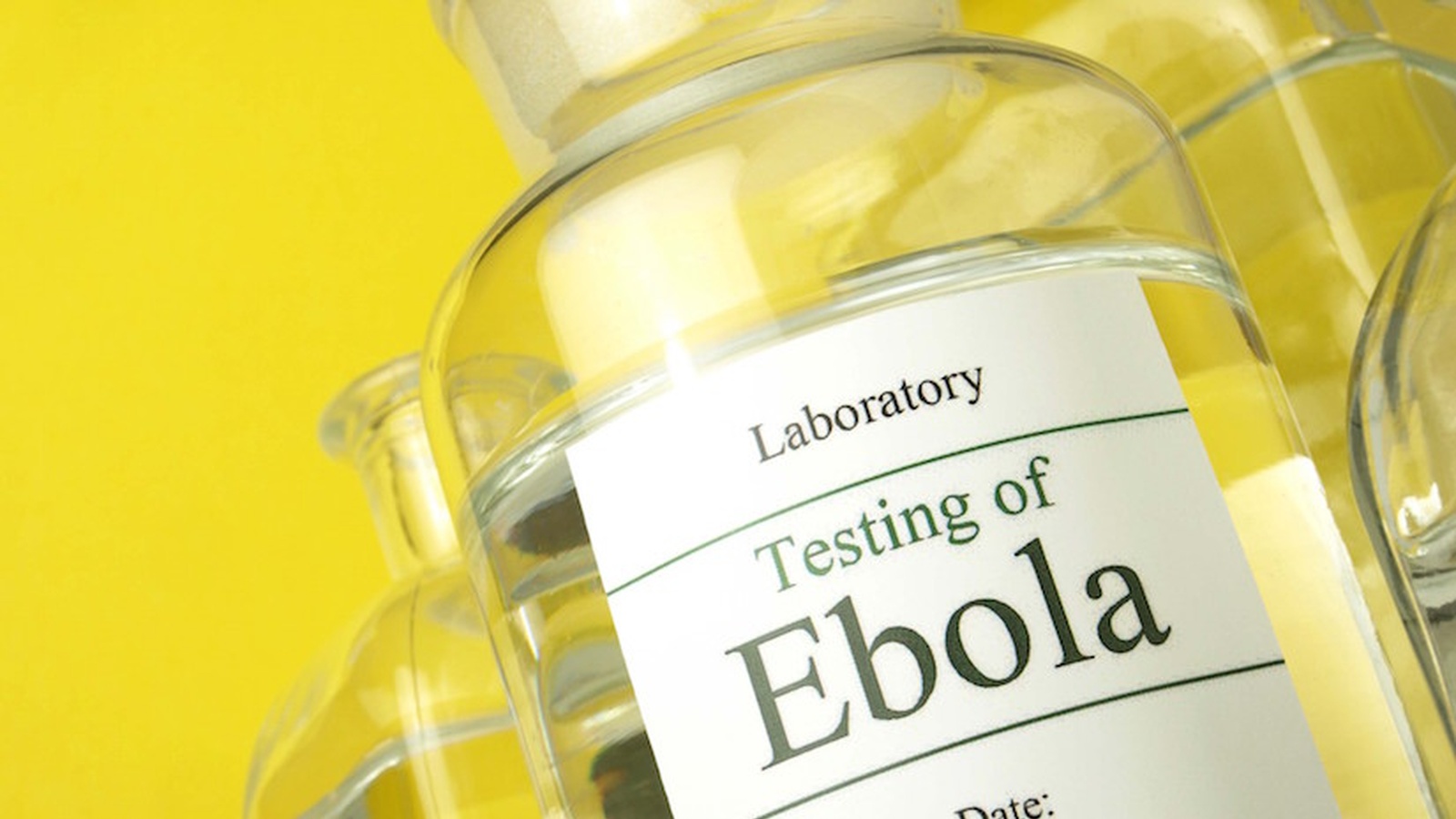 Is There A Natural Treatment For Ebola?

Ebola is heavily featured in the news these days, bringing lots of fear and concerns. Can anything be done to successfully treat or prevent this horrific and highly lethal disease?

Dr. Robert Rowen who is a leading expert on oxidative therapy, offers an intriguing answer in this interview. By invitation of the President of Sierra Leone, he’s going there to teach health care workers how to treat Ebola using ozone.

“I do ozone, ultraviolet blood irradiation therapy, and high-dose vitamin C,” he explains. “All of these collectively belong to a family of therapies called oxidative therapies.

In my opinion – and I’ve been doing them longer than any other living person in North America; since 1986 – especially ozone and ultraviolet [therapies] are among the most powerful therapies for healing across the board of anything I’ve ever seen in my career... It does so by stimulating your own body to heal.”

Ozone is quite versatile, as you can administer it in many different ways. It’s extraordinary in terms of its anti-infective and antiviral action, and it has virtually no toxicity, making it a prime candidate for both prevention and treatment.

Dr. Rowen’s YouTube channel1 contains a number of videos demonstrating and discussing what these therapies can do. With bacteria, ozone works by puncturing the membrane of the bacteria, causing it to spill its contents and die. It also inactivates viruses, and does so 10 times faster than chlorine.

Ozone—The Most Powerful Natural Oxidant in the World

Chlorine is being used overseas right now for Ebola to disinfect clothes and isolation suites, etc. But ozone actually disinfects 10 times faster than chlorine. It’s the most powerful natural oxidant in the world.

Ozone also has the advantage of stimulating the immune system, and modulating it—either up or down depending on what your system requires.

“Right now, we’re faced with probably one of the most horrific epidemics human kind has ever known. That’s a virus called Ebola that is transmitted by personal contact [through] bodily fluids and, actually, it may be also be airborne,” Dr. Rowen says.

“What I don’t know – and I’m trying to investigate – is how easily it is transmitted from person to person. I’m not sure that it’s easy to get, because if it was, everybody should be dead by now in many of the villages, and not everybody is dead.

On the other hand, we know that there are aid workers who have gotten the disease and died even though they were wearing full suits...

Anybody who works with Ebola are putting their lives on the line because there are no conventional therapies for this; none, except getting supportive care...”

This is what causes the hemorrhaging associated with Ebola. Ozone modulates the cytokine storm.

It’s anti-infective. It improves circulation and blood flow, oxygen delivery, and likely upregulates mitochondrial respiration, thereby generating more energy in your cells. Oxygen is one of the most important things your body needs for tissue healing when you’re riddled with infection.

There’s an experimental, still unapproved treatment for Ebola called ZMapp. It offers passive immunity to the virus. This is not a vaccine but three monoclonal antibodies that have been humanized by genetic engineering and grown in tobacco plants. It’s very costly and time consuming to produce and it’s not yet commercially available.

ZMapp works with your body’s immune system, slowing down the viral load to give your body enough time to respond and not get killed by the cytokine storm. It’s not really a drug in the conventional sense, as it acts simply by slowing down the virus from reaching the cells.

This is similar to ozone’s action, but ozone could potentially be more effective, as it works both indirectly and directly. It’s directly toxic to the virus while being harmless to your body’s own cells, and also indirectly enhances your immune system function. Regarding potential safety concerns of ozone, Dr. Rowen says:

Historical Use of Oxidation Therapy Has Proven Its Benefits

While in Sierra Leone, Dr. Rowen will use ozone on himself and his team every single day to prevent contracting the disease, and will continue the treatment for some time afterward.

Oxidation therapy was actually discovered during the great influenza outbreak of 1918—a time when people were dying like flies across the world. A physician in India named Dr. Oliver was treating viral influenza—which has no treatment even today—and when he administered intravenous hydrogen peroxide, which costs a couple cents to do for materials, he cut the death rate by 50 percent.

According to Dr. Rowen, ozone therapy is also very beneficial for heart disease, immune diseases, injuries, and chronic degenerative diseases such as osteoarthritis. As an example, Dr. Rowen has found that ozone is about 85 percent effective in knees and only slightly less effective in hips, when given as an injection.

Aside from ozone, other oxidation therapies include hydrogen peroxide, intravenous vitamin C, and ultraviolet light. Dr. Rowen has done intravenous hydrogen peroxide since 1989, and it’s very inexpensive. One drawback is that it’s hard on your veins, and can actually make your veins disappear. Ozone doesn’t do that. Ultraviolet blood irradiation therapy is another excellent modality, although it’s not quite as versatile as ozone. You can find an article discussing ultraviolet blood irradiation therapy on Dr. Rowen’s website.

Then there is high-dose intravenous vitamin C. While vitamin C is an antioxidant, it also promotes the production of superoxide dismutase. Dr. Rowen explains how:

Still, ozone therapy is a superior approach to all these other alternatives. Dr. Rowen has even used it for cancer, and while not a magic bullet, it has successfully reversed some cases of cancer, including metastatic cancer. It’s important to realize the outcome varies from individual to individual, and most are also implementing dietary and supplement protocols. He notes:

“There are articles out there where ozone therapy is recommended now by many people as a potential treatment for cancer. Why? Because tumors are hypoxic. Hypoxic means low oxygen. The research is showing that the more enrichment of oxygen you can get into the tumor, the better it’s going to behave. And ozone increases oxygenation of the body.

If you get more oxygen into the tumor, you’re going to get a better-behaved tumor aside from modulating your immune system. Hyperbaric oxygen is probably really valuable. But it’s expensive. It’s time-consuming. And in my experience – I’ve done both—I would take ozone any day over hyperbaric oxygen.

With cancer, we do a combination approach: Intravenous—either ultraviolet and/or ozone therapy. There was a monograph published 40 or 50 years ago by a man named Olney... He had listed several patients with cancer who were cured using ultraviolet blood irradiation therapy and cleaning themselves up – detoxifying with certain supplements.

We also do what’s called minor autohemotherapy. In that, you take a small amount of blood, about 5 or 6cc. You shake it up with ozone rather vigorously, and then reinject it [intramuscularly] almost like an autovaccine. I believe personally that that stimulates the immune system.

The third pillar of what I call ‘triple oxidation’ is giving a small amount of gas intravenously... intravenous oxygen. This therapy has been around in Europe for 60, 70, or 80 years... [I]t seems to stimulate other aspects of the immune system, particularly an enzyme called 15-lipoxygenase-1 (15-LOX-1). That enzyme... has very strong anti-cancer properties.”

The treatment method Dr. Rowen will implement in Africa is using direct intravenous oxygen gas (99 percent oxygen, O2, and one percent ozone, O3)—a therapy pioneered by Dr. Howard Robin who will accompany Dr. Rowen on this trip. Again, this is NOT air. It’s a metabolically active gas that is absorbed by your body.

Ozone (O3) reacts immediately in your blood to stimulate a cascade of reactions creating something called ozonized biochemical molecules, which are highly metabolically active in the immune system and in blood circulation. As noted by Dr. Rowen, it’s “extraordinarily effective” and “dirt cheap to do.” Aside from the initial purchase of an oxygen tank and an ozone machine, the cost of treatment is limited to the price of one syringe per patient. Dr. Rowen explains the process as follows:

“You start slow with 20cc. [Dr. Robin] works up to a maximum of 120cc of gas. He gradually increases the concentration. Now, there are two issues: Initially, in the early stages of this treatment, you can get a cough and some chest tightness, which eventually with further treatments modulates and goes away. It doesn’t seem to be a big problem... [but] can be a little uncomfortable, because it takes about five to 10 minutes for it to go away.

The other problem that concerns me a little bit more is if you do this repeatedly over and over again, it can do to the vein what intravenous hydrogen peroxide does – it can make it go away. I have not seen that with major autohemotherapy, [in which you’re] taking the blood out, treating it with ozone, and putting it back in... But if you give ozone gas intravenously, yes, it’s going to act like hydrogen peroxide... Now, when you’re dealing with something like Ebola, I would be happy to sacrifice a couple of veins for a cheap, quick fix.”

Why Ozone Therapy Stands a Good Chance of Working Against Ebola

Still, despite such cautious doubts, there are very positive indications suggesting oxygen therapy might be the answer the world needs right now to successfully respond to this situation. As mentioned earlier, ZMapp works by slowing down the virus, allowing your immune system more time to kill off the virus itself. Tests suggest ZMapp can be effective if given early enough, and ozone is orders of magnitude more effective at boosting immune function.

Moreover, ozone also inactivates viruses, which ZMapp does not do, which actually allows you to build immunity against the pathogen. “Since we’re neutralizing the virus, now you have viral particles that are still antigenic – not infectious but antigenic – that can stimulate your immune system, which in itself will make the antibodies,” Dr. Rowen explains.

Basically, that is an authentic “vaccine.” This is how you develop a natural immunity to the virus. I for one eagerly await Dr. Rowen’s results, and will hopefully have the opportunity to interview him again to learn about his first-hand experiences treating Ebola in Africa.

“I wouldn’t go and put myself at risk if I didn’t think that what I’m taking there to use to help these people wouldn’t also take care of myself,” Dr. Rowen says. “I’m really excited about it. I’m really hopeful that this is going to change the world... I pray about this every day. It’s my prayer that the result we get in Sierra Leone is going to change the disease-maintenance paradigm of the world. I call it ‘the sickness system.’ We need a paradigm shift.”