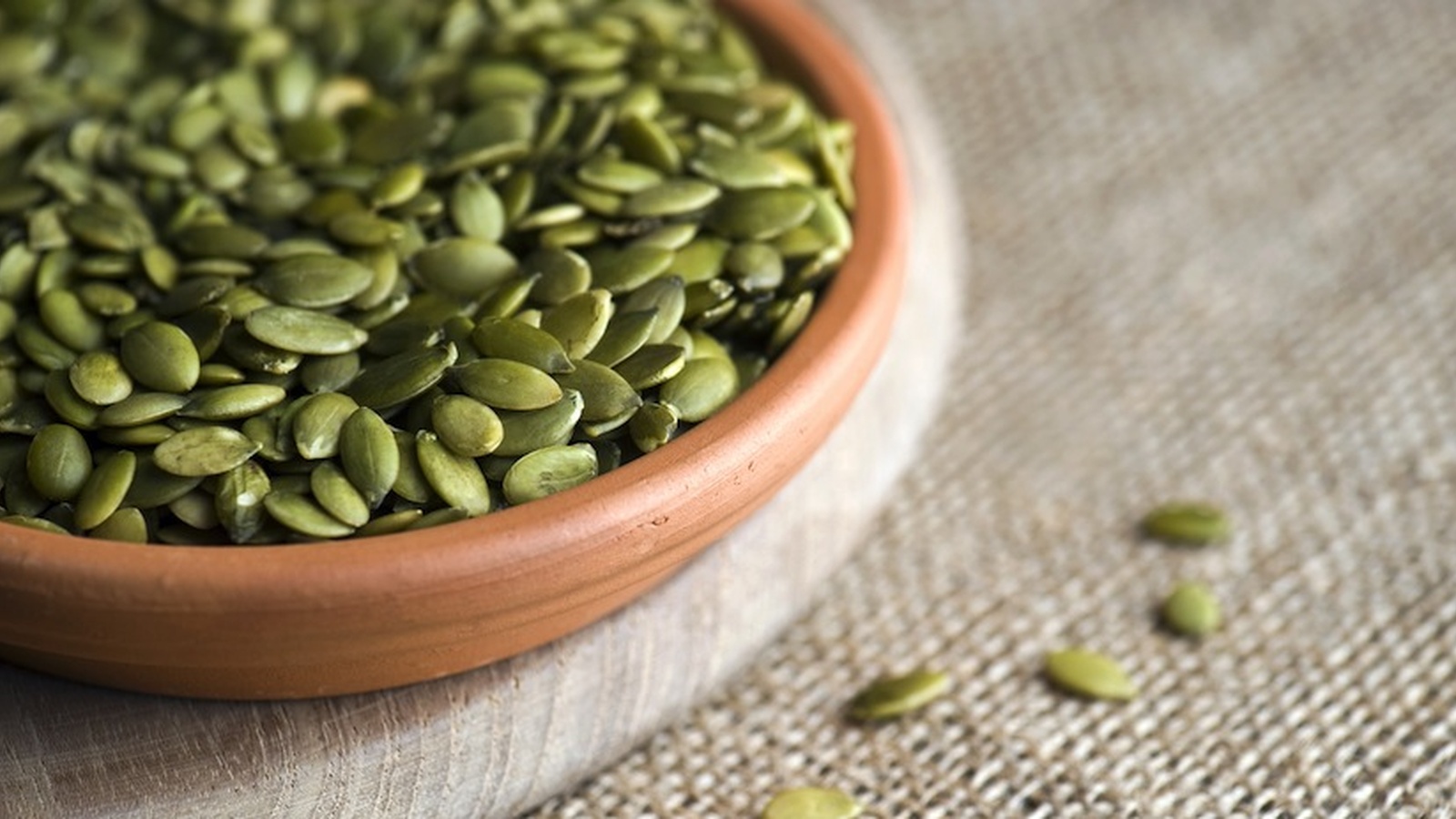 Pepitas offer an abundance of nutrients including amino acids, unsaturated fatty acids, and a wealth of minerals such as calcium, potassium, niacin, and phosphorous. They are high in most of the B vitamins, and vitamins C, D, E, and K. They are rich in beta carotene that can be converted into vitamin A as needed by the body, and also rich in the eye protective carotenoid lutein.

Snacking on just one handful of pepitas, about one ounce, provides a whopping 9 grams of body building protein, along with manganese, magnesium, phosphorous, iron, copper and zinc.

Pepitas are chocked full of monounsaturated oil that has been shown to interrupt the triggering of prostate cell multiplication by DHT, a product of testosterone conversion. The omega-3 fats found in pepitas are also being studied for their potential prostate benefits. The significant amounts of carotenoids in pepitas are of interest to researchers because men with higher amounts of caroteoids in their diets have a lowered risk for prostate enlargement. The high zinc content of pumpkin seeds adds to their prostate protective virtues.

Another reason for men to eat zinc-rich pepitas is their effect on bone mineral density. Although osteoporosis is usually thought of as a women's disease, it can affect older men, a group that suffers 30 percent of the hip fractures.

Pumpkin seeds offer powerful anti-inflammatory properties. The addition of pepitas to the diet was shown to work as well as non-steroidal anti-inflammatory drugs in reducing symptoms of inflammation. And they did this without any unwanted side effects or threat to the liver.

In fact, pepitas have recently been shown to be protective of the liver. In a recent study reported in the December, 2008 journal Food Chemistry and Toxicology, mice fed a mixture of pumpkin seeds and flax seeds showed their lipid parameters decreased significantly compared to controls. Plasma and liver fatty acid composition showed an increase of alpha linolenic acid and linoleic acid, monounsaturated acids, and a decrease of stearic fatty acids. Plasma and liver toxins decreased, and the efficiency of their antioxidant defense systems was improved.

Phytosterols are compounds found in plants with chemical structures similar to cholesterol. When the diet contains high levels of phytosterols, blood levels of cholesterol are reduced. Phytosterols also enhance the immune system response, and can help reduce the risk of developing certain cancers. They are present in high amounts in seeds and nuts. Pistachio nuts and sunflower seeds are the richest in phytosterols, with pepitas coming in third of all the nuts and seeds usually eaten.

The oil in pepitas has an excellent ratio of omega 3 to omega 6 fatty acids. This ratio is important for cellular function and oxygenation. It is also why pepitas make hair glossy, skin clear, and energy levels high.