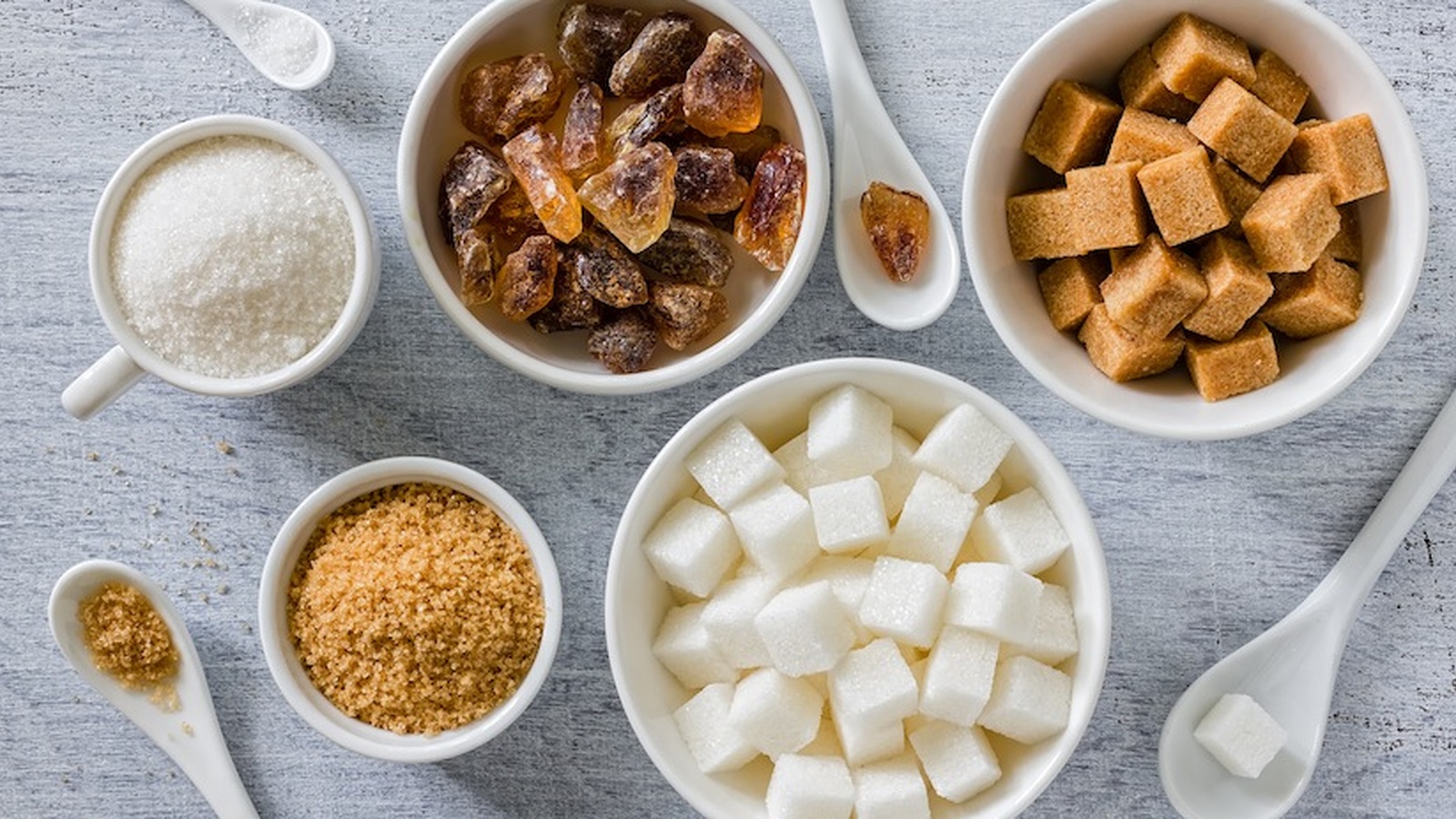 Sugar Babies: How to Stop the Genocide of Our Children

A study published this week in the New England Journal of Medicine found that medications don’t work and general lifestyle instruction isn’t much help either to treat type 2 diabetes in children. And the disease is more rapidly progressive and aggressive in children. Kids who haven’t even learned to swallow a pill are now facing giving themselves daily insulin injections. Poor and minority kids are more heavily afflicted.

Do we really think we can medicate our way out of a bad diet? Can we really overcome the 54 gallons of soda consumed every year by the average American, or the 34 teaspoons of sugar consumed DAILY by the average child in America with a medication, or some handouts on eating better? One of the drugs used in the study, Avandia, has been responsible for over 200,000 deaths from heart attacks since it was introduced in 1999. The Food and Drug Administration has restricted its use. Should we be using this in children? This is pharmageddon.

Putting these little children on insulin sooner doesn’t make any sense either. Starting insulin in diabetics is a slippery slope, leading to a cascade of increasing weight gain, high blood pressure and high cholesterol. The sugar comes down, but everything else that kills diabetics gets worse.

Adult diseases are now commonplace in children. I recently spoke at an Emory University conference on childhood type 2 diabetes. I met a pediatric gastroenterologist and wondered what he was doing at a conference on diabetes. He told me he now has 5-year-old patients with cirrhosis from fatty liver caused by years of drinking soda. There has been an over 50% increase in strokes in children aged 5 to 14. We are now seeing heart attacks in teenagers, and twenty year olds needing cardiac bypass surgery because obesity and diabetes clogs their arteries.

This is a disease that is nearly 100% preventable and reversible. But it won’t be solved in the doctor’s office, clinic or hospital. It has to be fixed where it begins; in our homes, communities and our society and in our government policies and industry practices. This is a social disease and we need a social cure.

This study should be a national wake up call. A siren blaring the insanity of our current medical approach to obesity and type 2 diabetes for both children and adults.

When a five year old has cirrhosis and an eight year old has a stroke this is not about personal choice or better medication. Now that scientists have proven that fast food and sugar are biologically addictive, we can’t blame the individual or the family. Can a heroin addict just cut down?

We need a massive call to action, a national coordinated multi-pronged campaign. We need President Obama and all the Republican candidates to stand before the nation and declare we will end type 2 diabetes in children by the end of this decade, just like President Kennedy mobilized our nation to get a man on the moon by the end of the 1960’s.

The food industry tries to convince us that all calories are the same; that a snack of carrots or Oreos is the same as long as they are 100 calories each. The science proves otherwise. Sugar calories act differently in the body, driving biology toward diabetes. And carrots aren’t addictive but sugar is.

The food industry has hijacked our taste buds, our brain chemistry, our kitchens, our homes, our schools and our communities. When children have nearly unlimited access to sugar and processed food, when we have 600 calories more per day of sugar calories per person than 30 years ago we have to have an honest accounting of the playing field(9). The food environment is designed for kids and adults to fail.

The SNAP program (Supplemental Nutritional Assistance Program), or food stamps, was started to provide “good food to hungry people” but now provides bad food to the overweight. While it is true that poverty and obesity go hand in hand because sugar calories and processed food are cheap and because government subsidies lower the prices of corn and wheat products, there is no reason that the USDA (United States Department of Agriculture) should put $4 billion of taxpayer money into the coffers of soda manufacturers every year by allowing the use of food stamps to buy soda.

That is more than 29 million a day or 10 billion servings a year of soda that our government feeds the poor in this country. Then the government pays again through Medicare and Medicaid for obesity and diabetes related illness. Maybe we should call it the “Supplemental Nutrition Obesity Program”. You can’t buy alcohol, cigarettes or prepared meals with food stamps, why should kids buy soda with them.
We can’t ignore or accept this any longer.

The food industry blames the victim and tells us we are just lazy, it’s about our sedentary lifestyles. Eat whatever you want, we are told, but just exercise more. You would have to run 4 miles a day for one week to burn off just ONE fast food meal. That strategy won’t work. You can’t exercise your way out of a bad diet. Moving is important, but changing the food environment is more important.

We now have a nation where 75% of the applicants for military service are unfit to serve because of obesity. The Chairman of the Joint Chiefs of Staff and two Surgeon Generals have called this a national security issue. Childhood obesity and type 2 diabetes also affects our global economic competitiveness because health disparities lead to an achievement gap.As our kid’s waist sizes grow, their brain power shrinks.

We need community action and policies to support healthy communities. Since our government, corporations and health care institutions fail to provide solutions, mothers stand arm to arm in front of convenience stores to block kids from entering after school.

But there are things that can be done. We need a grass roots movement and government policies and programs to change the food landscape and the built environment to give our children a chance to have happy, healthy successful lives. Children with obesity and diabetes live harder poorer lives, they often don’t finish school and earn much less than their healthy counterparts.

We may not be able to win the war in Afghanistan, but we can end this. But it will take an approach that works on all the forces that drive obesity and diabetes in children simultaneously – at home, at school, in local neighborhoods and communities, in the media, and in corporate regulation and government policies that foster health rather than disease.

Here are a few initiatives and ideas that may help shift this frightening tide of poverty and disease:

1. Stop government subsidies for junk food. Stop or reduce subsidies of agriculture products that allow for the glut of cheap, high-calorie, nutrient-poor sugars and fats from corn, wheat and soy into the marketplace.

2. Tax sugar. We should tax sugar (and maybe even processed junk food with added sugars.) A one cent per ounce tax would raise $15 billion a year, while a 10 cent per ounce tax could raise $150 billion per year. This could support national food programs and community projects to fight obesity and diabetes and promote health, and help cover the hundreds of billions of dollars of health care costs from increasing obesity, diabetes, and heart disease. The food industry has blocked initiatives for this tax in 30 states by pouring millions of dollars into lobbying and donations such as the $10 million Coca-Cola gave to a hospital in Philadelphia to swing the vote in the legislature.

3. End junk food marketing to children. We are one of the only countries that allow this. Studies show that the worse the food, the more the marketing. The average 2 year old can recognize and name junk food from their baby carriage in the supermarket.

4. Fund community-based initiatives. Support healthy eating with community kitchens, gardens, and cooking classes that teach how to make good food cheaply. Children need life skills on how to care for and feed their bodies. We are raising the first generation of Americans who don’t know how to cook. If implemented, the new health care bill and the new Council on Prevention, Health Promotion, and Public Health provide avenues to support these programs.

5. Provide incentives for grocery stores and farmer’s markets in food deserts and all communities.

6. Make school lunches healthy by providing only real food and modeling healthy eating. Food can be both fun for you and good for you. Create national standards based on sound 21st century nutritional science and common sense. Most schools have only a microwave or deep fryer, hardly the tools needed to feed our children real, fresh food. Any government-supported programs should have strict guidelines for what foods may be served. There is no room for junk food or sugar calories in schools.

7. Change zoning around schools to limit access to fast food and convenience stores. We shouldn’t have to rely on parents blockading junk food stores after school, as a group of parents did in Philadelphia. We shouldn’t make it easy to get bad food!

8. The FDA should regulate sugar as a drug, not as a “GRAS” or generally recognized as safe substance. It is a known toxin and is deadly when consumed in large quantities.

What are you doing in your home, your family, in your schools and communities to end the attack on our children and our nation’s future? We have the power to take back our health. It starts with small choices, local action and political advocacy. Now more than ever we have the collective power to change this. Let’s do it for our children’s sake.