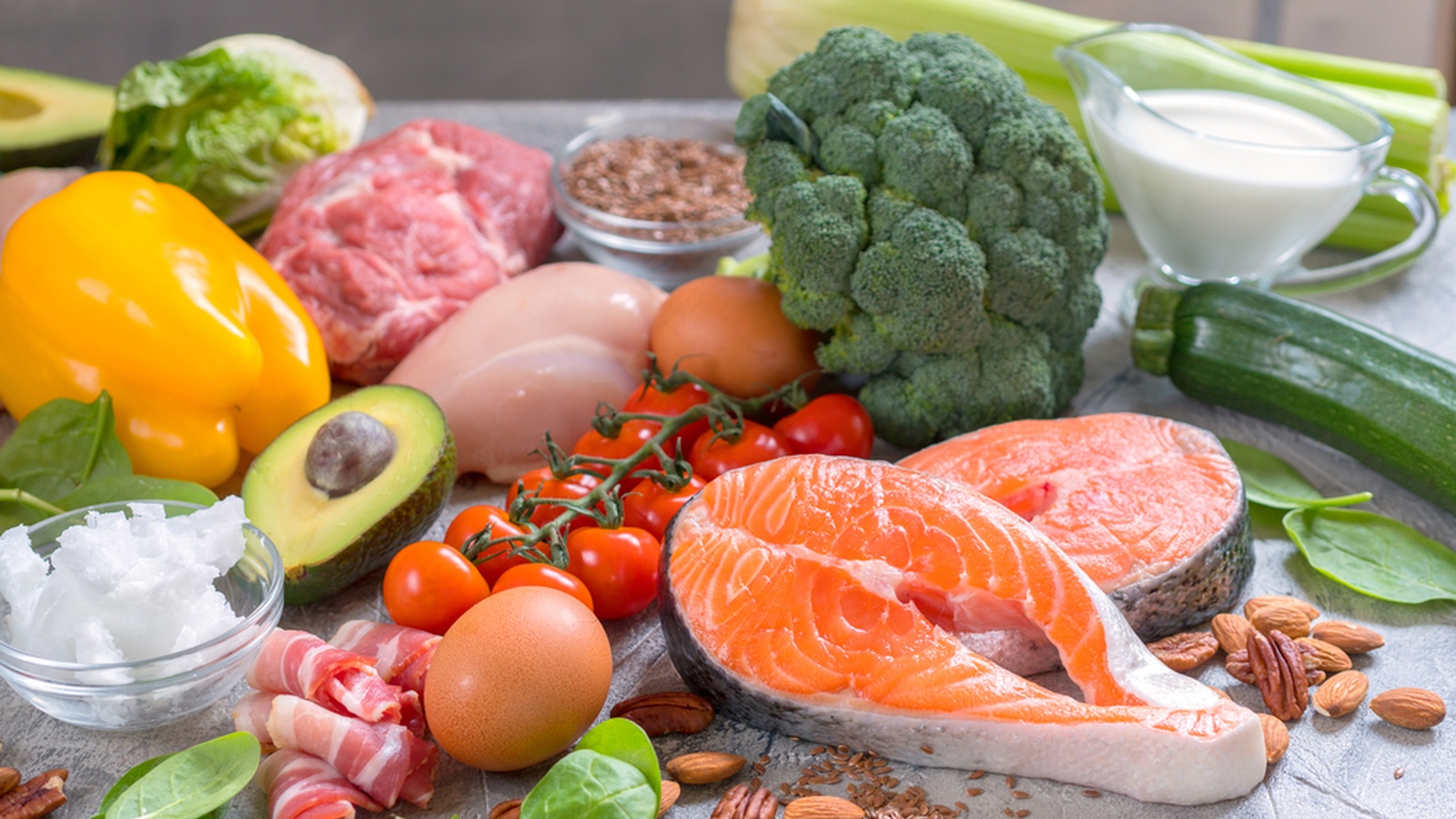 What Is The Ketogenic Diet? And Who Is It Good For?

With a high number of studies recently surfacing that show the potential benefits of a low-carb, high-fat diet, people across the world have fully embraced something that was previously avoided like the plague - fat. This reemergence has led to the century-old ketogenic diet making a major comeback in modern society.

The ketogenic diet has been around since the 1920’s and takes a different approach to weight loss and health to other common diets based upon an understanding of physiology and nutritional science. The underlying concept of the ketogenic diet in simple terms is to change the body’s primary fuel source from glucose to fat.

While studies have shown the diet's potential to help people lose weight and fight disease, there are also contradictions to be aware of before trying this particular way of approaching diet and nutrition.

So what Is the Keto Diet?

An interesting fact you may not know is that the ketogenic diet was originally developed for patients with epilepsy. Researchers discovered that fasting appeared to reduce the frequency of seizures in epileptic patients. The ketogenic diet was developed to mimic the same effects of fasting through the strict elimination of glucose that is found in carbohydrate foods. Researchers discovered that this diet also had other positive side effects in that it helped to reduce body fat, lower blood sugar levels and ward off hunger. (1)

Modern society lives on a relatively high carbohydrate diet that is made up of around 55% carbs, 30% fat and 15% protein.(2) Once ingested, carbohydrates are broken down into sugar (insulin and glucose) in the blood. If this energy is not used by the body, the extra calories are stored as body fat. Restricting glucose levels through a low carbohydrate diet forces the body to burn fat instead and produces ketones that can be measured in the blood.

The human body does not make glucose and can only store around 24 hours’ worth in muscle tissue and the liver. Upon eliminating glucose, the body then switches to burn dietary fat or stored fat. The keto diet has shown when people make this switch, excess body fat can be lost relatively quickly, even though a high amount of fat and calories are still being consumed.

Ketosis occurs when the liver breaks down fat into fatty acids and glycerol. In particular, three primary types of ketone bodies are produced. Once ketone levels in the blood rise to a certain point, the body enters into a state of ketosis. Rather than drawing energy from glucose, a person in ketosis stays fueled off of these circulating ketones or ketone bodies.

Studies have suggested that burning ketones, and being in a state of ketosis, is a ‘cleaner’ way to stay energized compared to running on carbohydrates and sugar.(3) Keeping the body in this fat-burning metabolic state is where the benefits of this diet are believed to come into play.

What are the benefits of the Keto Diet?

Weight loss has been shown to be successful and oftentimes immediate on a keto diet. In one Spanish study of 20 obese adults, participants were put on a low-calorie keto diet and lost an average of 40 pounds over four months.(4) In a six-month study of 83 obese adults, those on the keto diet lost an average of 33 pounds.(5)  Another study published in the British Journal of Nutrition found that those following a keto diet achieved better long-term body weight when compared with individuals assigned to a conventional low fat diet. People also show a reduced rate of hunger and higher levels of satiation on a keto diet, resulting in a lower intake of food and higher burn rate of fat stores.

Recent research shines light on how low-carb diets can optimize cholesterol levels and, in fact, improve heart health. One recent study published in the British Journal of Nutrition investigated the impacts of ketogenic diets on key metrics of cardiovascular health including HDL cholesterol. The study showed that a keto diet is an effective method in raising HDL cholesterol when compared to traditional weight-loss diets that emphasize reducing fat intake. (HDL is known as the ‘good cholesterol that has been shown to maintain optimal cardiovascular health.) (6)

A European Journal of Clinical Nutrition study pointed to emerging data that suggested the benefits of a ketogenic diet for multiple neurological disorders beyond epilepsy and Alzheimer’s, including headaches, neurotrauma, Parkinson’s disease, sleep disorders, autism and Multiple Sclerosis. (7) Ketosis also causes your brain to create more mitochondria, which has been shown to offer a sharper mental state.

When the body consumes carbohydrates, insulin is released as a reaction to elevated blood glucose causing insulin levels to rise. Insulin is a signal for cells to store as much available energy as possible, initially as glycogen and then as body fat. The ketogenic diet keeps the body’s carbohydrate stores almost empty, which levels out blood sugar levels and may also reverse insulin resistance which can lead to diabetes.(8)

And how about the side effects?

A ketogenic diet significantly changes the human body and side effects are commonplace - some positive and others less so. It’s not uncommon to experience some negative reactions when transitioning into this way of eating. The ‘keto flu’ is a common term that umbrellas many the most likely and less serious side effects. A comprehensive list of possible side effects includes:

Studies also offer conflicting evidence on the results of a keto diet and weight loss. One American Society for Clinical Nutrition study of 20 participants found that those on the diet did not lose more weight than those on a non-keto diet.(9) Other experts suggest that the body is not designed to run on ketones over a prolonged period and that the long-term accumulation of ketones could be harmful.

The keto diet is is also commonly known to cause dehydration and constipation due to the lack of carbohydrates which generally hold fluid in the body. So it is essential to stay well hydrated on a keto diet. And lastly it is also worth drawing attention to the fact that doctors have expressed concern over the diet's restrictive nature which can lead to various nutritional deficiencies if followed without strict dietary considerations. Females in particular may find severe hormonal imbalances on a keto diet.(10)

On a strict (or more commonly known as ‘standard’) keto diet, fats typically provide about 70 percent to 80 percent of total daily calories, protein about 15 percent to 20 percent, and carbohydrates only around 5 percent. Keep in mind that the fats you consume are very important as not all fats are created equally.

Foods to include on a Keto Diet:

Foods to Limit On a Keto Diet:

Foods to Avoid On a Keto Diet:

A modified keto diet can also be followed, especially in order to transition to the standard keto diet, which can aim at around 30-50 grams of carbohydrates.

If you do decide to try the ketogenic diet, it is recommended to check with a doctor to ensure it is safe for your particular health circumstances. Alternatively, you can also work with a dietician to ensure all your nutritional needs are being met.

Have you tried a ketogenic diet?  What were your results?