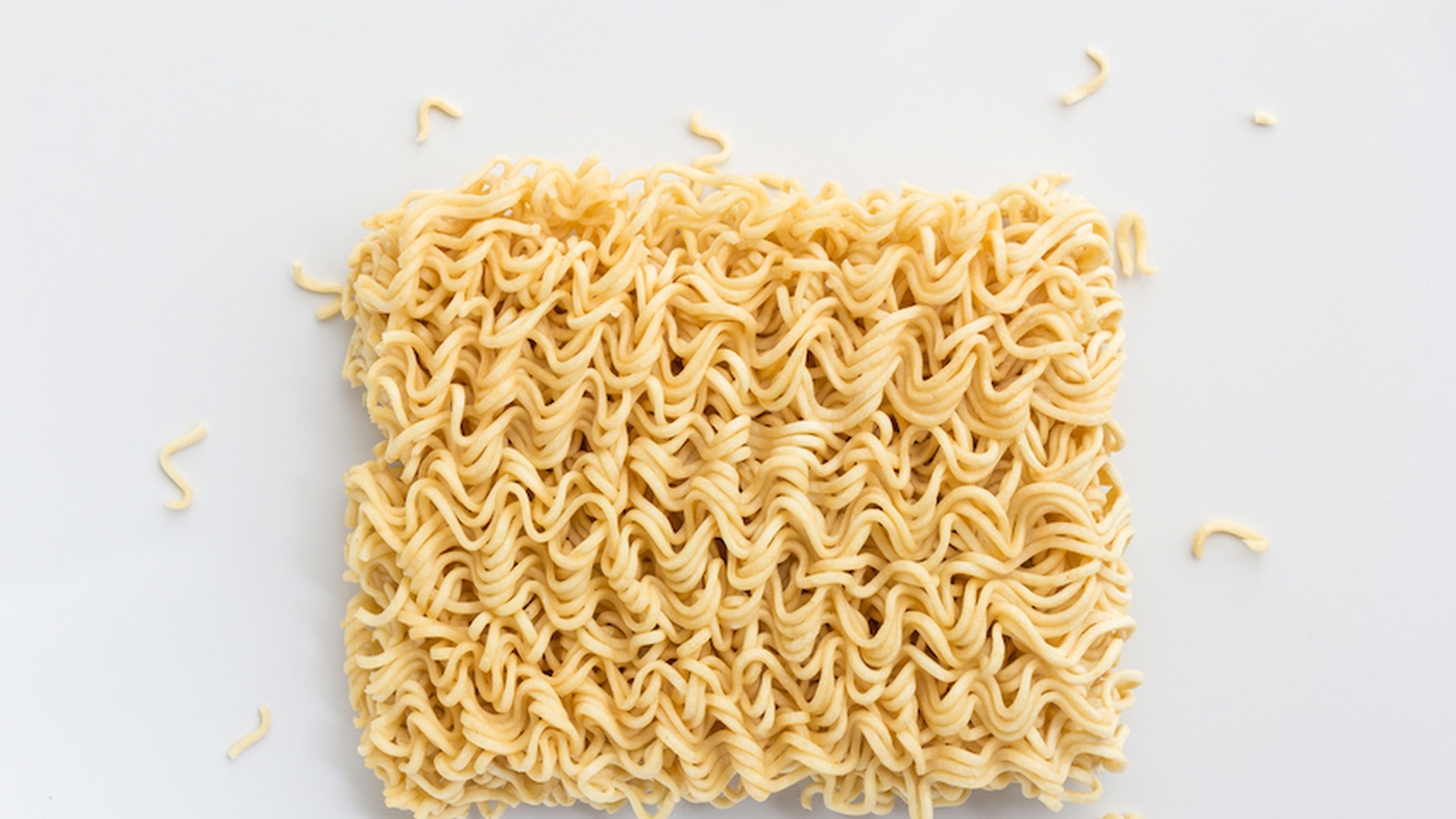 Noodles make for the perfect meal among college students and time-poor people alike, but have you ever wondered what your two-minute solution might be doing to your body? We decided to strain the details on what’s been a well-kept secret on how the body processes packaged noodles and the stomach-turning effects that they could have on your body.

In episode one of TRANSCENDENCE, 'What's In Our Food?', Dr. Libby Weaver lifted the lid on the effects of homemade vs store bought noodles and the difference they can have on our digestive system. As part of the test, each party was given a meal to eat; one being homemade noodles and the being other store-bought noodles.

The homemade noodles were made from flour and water, seasoned in a broth of water, vegetables and salt and pepper. The other party was given store-bought noodles, peppered with seasoning and a blue sports drink to wash it down. Each participant was then given a capsule-sized camera to swallow, giving Dr. Libby Weaver a closer look at what meal the body prefers.

Watch the video below to see for yourself:

As you might not be surprised to hear, the comparisons between the two were shocking. Four hours after the homemade meal was digested, all that remained in the digestive tract was a white fluffy substance, which is consistent with most natural and homemade meals. Comparatively, the store-bought noodles were still in-tact, showing visible teeth marks in the noodles. Additionally, the blue sports drink colored the noodles blue – due to its chemical makeup being derived from petroleum – yuck. The findings suggested there are some substances and ingredients found in these processed foods that our body does not have the ability to break down.

These findings were also consistent with scientist Dr. Braden Kuo who heads the Neuroenteric Research Laboratory at the Massachusetts General Hospital. Dr. Kuo’s findings also showed that the Ramen noodles used for the study were less broken down.

“The most striking thing about our experiment was when you looked at a time interval, say one or two hours, we noticed the processed Ramen Noodles were less broken down than the homemade,” Said Kuo. He also noted that this finding should encourage more testing of processed foods as the study was too small to be conclusive about anything.

Used as a flavor enhancer, MSG (monosodium glutamate) has shown, through recent studies, to be linked to weight gain, increased blood pressure, headaches, and nausea. One test even saw a correlation between MSG and the swelling and death of mature brain cells.

A single serve of instant noodles contains approximately 861mg of sodium, however, most packets of noodles are double serves. So if you eat the whole thing you’re looking at 1722mg of sodium which is more than half your recommended daily consumption of sodium in just one quick snack,

The problem with consuming too much sodium is that it can increase your blood pressure by holding excess fluid in your body, creating an added burden on your heart and increasing your risk of stroke, heart failure, osteoporosis, stomach cancer, and kidney disease.

Excess sodium increases blood pressure because it holds excess fluid in the body, and that creates an added burden on the heart. Too much sodium will increase your risk of stroke, heart failure, osteoporosis, stomach cancer and kidney disease. And, 1 in 3 Americans will develop high blood pressure in their lifetime.

There are a number of reasons we don’t like palm oil - the negative impacts on the environment, wildlife, and communities in which this oil is produced is reason enough to avoid it. Palm Oil may also increase certain heart disease risk factors in some people, especially when the oil is repeatedly reheated causing a decrease in its antioxidant capacity.

The core ingredient in most instant noodles is the milled, refined, and bleached version of wheat flour known as Maida. The fact that it is such a highly processed ingredient makes it devoid of nutrition and difficult to digest, and has earned its own nickname as the ‘glue of the gut’. Although it may be tasty, it lacks fiber, congests the system, slows down digestion creating a sluggish metabolism, and can often be the cause of weight gain, stress, headaches, and migraines. And after all that you’ll still feel hungry!

According to Dr. Simran Saini, Nutritionist at Fortis Hospital, New Delhi, "Maida-based instant noodles are loaded with preservatives and are nothing but a source of empty calories ripped of all nutrition. Excessive consumption may lead to obesity."

The toxic preservative tertiary-butyl hydroquinone (TBHQ) will remain in your stomach whilst it attempts to break down the noodles. Despite reports that label TBHQ ‘safe for human consumption’, a study conducted by the Consumer Dictionary of Food Additives found exposure to just one gram can cause:

While TBHQ is not suspected to be a persistent toxicant, meaning your body is probably able to eliminate it so that it does not bioaccumulate if you eat instant noodles, your body might be getting prolonged exposures.

Bringing It To The Boil

Forcing our digestive tract to work overtime with this less than a satisfactory list of ingredients and additives, can put a strain on the system that can impact nutrient absorption.

A study published by the Journal of Nutrition found that women who consumed more instant noodles had a significantly greater risk of metabolic syndrome than those who ate less, regardless of the rest of their diet and exercise regime. It reported that women who ate instant noodles more than twice a week were at 68 percent more likely to have metabolic syndrome – a group of symptoms such as general obesity, elevated blood pressure, elevated fasting blood sugar, and low levels of HDL cholesterol.

What’s more is that these two-minute noodle consumers had a significantly lower intake of important nutrients like protein, calcium, phosphorus, iron, potassium, vitamin A, and vitamin C compared with non-consumers. As well as lacking in serious vitamins and minerals, they make up for in excessive unhealthy fats and sodium, whilst also having an excessive intake of energy.

Although there needs to be continued research into processed foods, namely two-minute noodles, it’s evident through the research identified in this article that they cause enough to be a sometimes food.

Instead, why not try making them yourself next time? You know what they say, a moment on the lips is a lifetime on the hips – or in the intestinal tract for that matter.