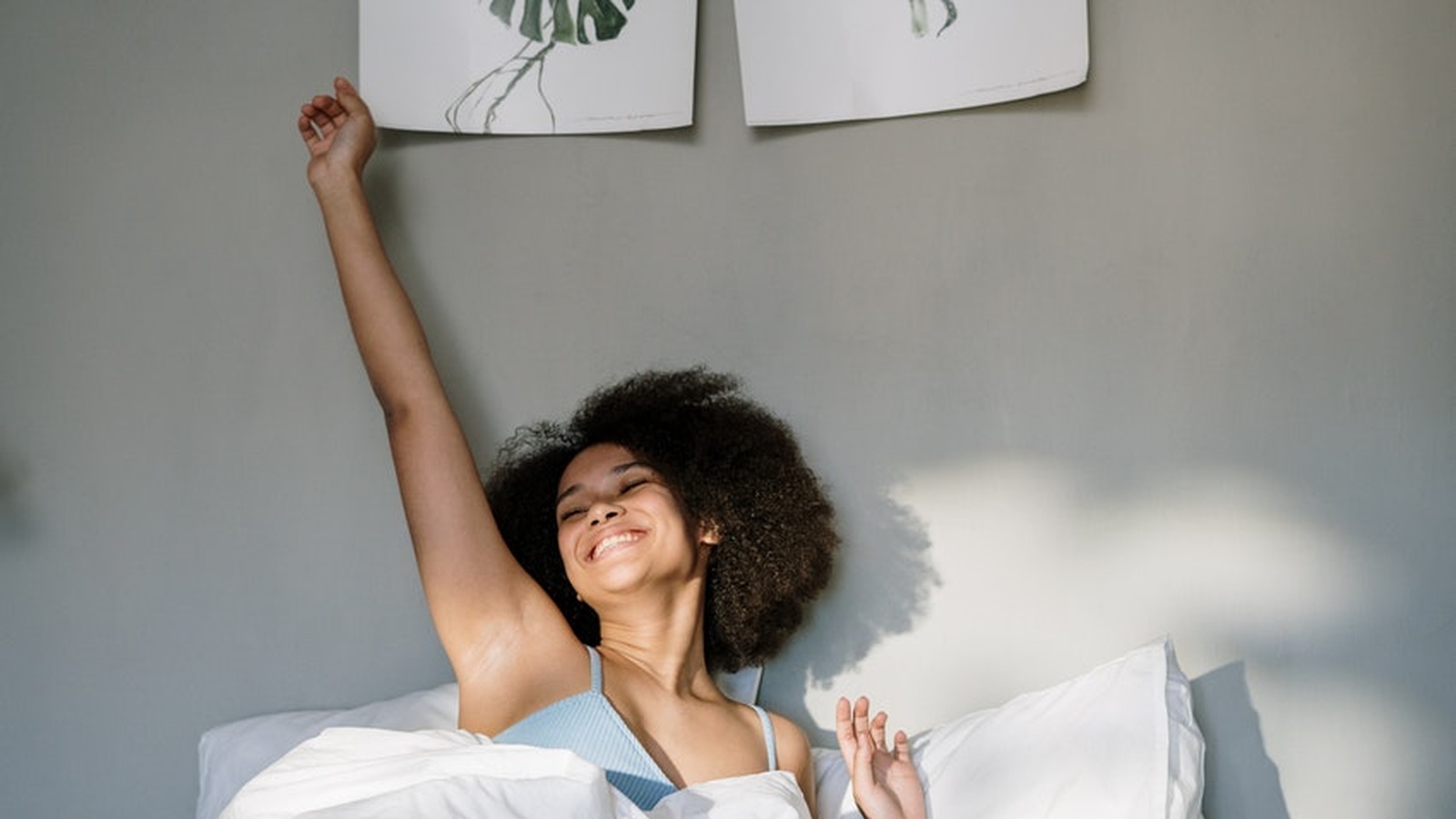 5 Simple Steps to a Better Night’s Sleep, As Told by an Insomniac

What does it take to get a good night’s sleep? Since my first year of university, I’ve been lucky to get more than 5 or 6 hours, on a good night. With early-morning gym classes and study well into the evenings, counting sheep only leaves me feeling more energized and alert. When I do eventually drift off, it’s not dreamy or restful - instead, I’m dead to the world and when I do wake, 7 rounds of snoozed alarms later, I’m feeling groggier than the night before.

We’re living in a world that simultaneously lets us wear our badge of no-sleep with honor, while allowing those who religiously get 8 hours each night to lord it over the others. And like most facets of health and wellness, there is no right or wrong in this space. Some people thrive on a healthy 6-7, others need 9-10 to feel fully rested. But what is becoming increasingly more alarming, even for this chronic insomniac, is that collectively we’re not getting enough sleep - and it’s leading to even greater health concerns.

One of the most vital functions of sleep, alongside allowing our brains some much-needed downtime, is sending our bodies back to that beautiful parasympathetic nervous system - where we can truly rest and digest from the day that unfolded. So if you’re still struggling with your slumber, it’s not the end of the world. I’ve put some practices in place this year that have drastically improved life for me, so here are 5 simple steps to a better night’s sleep.

1. Brew A Strong Cup Of Tea

Plants and herbs truly are nature’s most powerful medicine. Of all the sleeping pills I’ve tried, nothing knocks me out for the night quite like a heavily-steeped cup of chamomile tea. The sweet, honey-like drink contains apigenin, a chemical compound that induces sleepiness when it binds to the GABA receptors in the brain. One cup might not have been enough in the past, but if you double your dose, use a saucer to cover the mug and trap the heat, and leave it to brew for 30 minutes, you’ll be out like a light before you finish the cup.

2. Catch The Early Train To Bed

This piece of advice comes from my general practitioner, and it makes so much sense. With a complex skin routine and a fair amount of dawdling, it takes me at least half an hour to get into bed. It really makes no sense that I’m only starting my night routine as I’m meant to be hitting the hay. We know that our REM cycles are approximately 90 minutes long, so instead of getting ready at 10 pm, say, start washing your face and brushing your teeth when that first wave hits at 8.30 pm. It sounds early, but by the time you’re tucked up and comfortable, you’ll be ready for some rest.

3. No Devices Before Bed

You don’t need me to lecture you about the effect that blue light has on your circadian rhythm and melatonin production, so instead let this be a gentle reminder. Leave the laptops and televisions outside the bedroom, and your phones too if possible. For some, your smartphone may be your morning alarm, so consider switching it to ‘do not disturb’ or flight mode, and adjusting your screen settings to night-time friendly ones. Not only do these devices affect you chemically through the light sources, but they’re also just as stimulating as a cup of coffee! Phones, computers, and televisions are all designed to keep you awake and alert - meaning it’s impossible for your brain to truly switch off while you’re scrolling through social media.

This is another tip courtesy of my lovely GP, and I’m sure she won’t mind me making her sound crass. Her rules explicitly state that the bed is for two things; sleep and sex - anything else should be done elsewhere. And while I love cozying up in bed on a rainy day and binge-watching a new series, it makes sense. Essentially with this rule, you’re training your brain to associate getting between the sheets with drifting of to sleep (or at least most of the time). It doesn’t mean you can’t spend downtime in your room, but instead of lounging about on your bed with a book, consider investing in a beautiful occasional chair for that space.

5. Drift Off To Yoga Nidra

Many teachers say that this ancient practice brings 4 hours of sleep into 30 minutes - so it’s as convenient and time-efficient as it is calming. Yoga Nidra isn’t the traditional asana (movement) style flow, but rather a guided meditation that takes you on a deeply relaxing journey throughout your practice. And while many classes are intended as a restful practice, I personally benefit from putting on a meditation after I finish my book and letting it guide me into my restful 8-hour slumber.

Sleep is undeniably important, but a huge issue is that we’re beginning to see it as a superiority thing - and if you’re anything like me, you’re spending too much time stressing out about it and not enough time actually doing it. So over the course of the next week, I encourage you to implement one of these rules each day and observe how your life turns around.

What's your go-to recipe for a better sleep? Let us know in the comments below!