This eye-opening video from the International Academy of Oral Medicine and Toxicology (IAOMT.org) is worth more than a thousand words when it comes to illustrating the very real danger of mercury fillings. It contains a powerful visual demonstration of how mercury vapors are released into your oral cavity every time you chew, visit the dentist, or drink hot tea or coffee, for example. And these mercury vapors continue to be released for at least 1.5 hours after each stimulation.

The poisonous vapors are odorless, colorless and tasteless, so you can't tell when it's happening. But you can be sure that if you have so-called "silver fillings" in your mouth, you're continuously exposed to mercury, which passes readily through cell membranes, across the blood-brain barrier, and into your central nervous system, where it can cause psychological, neurological, and immunological problems.

Amalgams Are The Number One Source of Mercury Exposure

Unfortunately, while many have become well aware of the dangers of environmental mercury contamination, few are as well-informed when it comes to the dangers posed by dental amalgams.

Sadly, only one in four people is aware that silver amalgams contain mercury, and the dental industry is capitalizing on that ignorance. Part of the problem is that the very name "silver fillings" seems to imply they are made of silver, a misdirection that has kept a good majority of consumers in the dark for a long time. Alas, amalgams consist of more than 50 percent mercury. When confronted about this, the industry response is that the term "silver" is meant to denote the color, not the constitution…

However, dentists have also been actively persuaded to keep this information under tight wraps, and they are under no obligation whatsoever to inform their patients about the mercury content of amalgam fillings. As recently as 2009, the FDA ruled that no warning shall be issued to patients—not even to young women and parents of young children—that the mercury from the amalgam fillings is a reproductive toxin and a neurotoxin, despite the fact that pregnant women and young children are at greatest risk from mercury toxicity.

An Antiquated and Hazardous Dental Tool

In the words of Charlie Brown, president of the World Alliance for Mercury-Free Dentistry,

"Amalgam is a primitive, polluting, 19th century product that began when physicians were sawing off legs. Medicine has since moved forward."

Unfortunately, this aspect of dentistry has not. The American Dental Association (ADA) continues to give amalgam (mercury) fillings their seal of approval, stating:

"Used by dentists for more than a century, dental amalgam is the most thoroughly researched and tested restorative material among all those in use. It is durable, easy to use, highly resistant to wear and relatively inexpensive in comparison to other materials. For those reasons, it remains a valued treatment option for dentists and their patients."

The height of irony is that dental amalgam is shipped as a hazardous material to the dental office, and any amalgam leftover is also treated as hazardous and requires special precautions to dispose of. Yet, most dentists will readily implant this hazardous material directly into your mouth, with assurances that it's perfectly safe and harmless!

The Health Hazards of Mercury Fillings

Mercury is a potent neurotoxin that can damage your brain, central nervous system and kidneys, and mixing it with other alloys and placing it in your mouth does NOT all of a sudden render it harmless... Children and fetuses whose brains are still developing are at greatest risk, but anyone can be affected. Naturally, the more amalgams you have, the greater your risk of experiencing health problems as a result.

In the featured video, they show that:

When amalgam was placed in sheep, substantial quantities of mercury spread from the filling and accumulated in the animal's jaw, liver, kidney and stomach after just 30 days.

The sheep's kidneys also dropped the ability to clear inulin by 60 percent—an indication of kidney malfunction.

When amalgam fillings were placed in pregnant sheep, mercury was immediately transferred to the placenta and every part of the fetus. After birth, the offspring's mercury levels continued to rise as a result of ingesting the mother's milk.

Mercury is especially damaging to your central nervous system (CNS), and studies show that mercury in the CNS causes psychological, neurological, and immunological problems including:

To make matters worse, mercury bonds very firmly to structures in your central nervous system. Unless actively removed, mercury has an extremely long half-life of somewhere between 15 and 30 years!

BEWARE! Amalgams Must Be Removed PROPERLY

It should be clear that there's simply no such thing as a safe mercury filling. However, please do NOT make the mistake of having your amalgam fillings removed by a dentist who is not properly trained in safe amalgam removal. Doing so could expose you to tremendous health risks, due to the large amounts of mercury vapor being released during the removal process.

Research has shown that if you do not take proper safety precautions during the removal process, mercury levels in your blood can rise three to four-fold, which may result in acute toxicity.

Make sure to use a so-called biological dentist that is trained in properly removing mercury fillings. Some things that need to be done to keep you (and your dentist) safe during the procedure include:

For a complete description of how to safely remove mercury amalgam, see this PDF created by the International Academy of Oral Medicine and Toxicology (IAOMT). The proper procedure is also explained in the featured video.

Here are several sources to help you locate a dentist trained in biological dentistry:

Avoid making the same mistake I did 20 years ago when I had all my amalgams removed by a competent dentist who was an elder at the church I attended. Unfortunately, he was clueless about mercury toxicity and used no precautions and as result I got kidney damage. Additionally, I had to remove all the crowns he put in because they were metal. It was a very expensive and health damaging mistake.

I also suggest you get healthy BEFORE having your fillings removed, as you want your detoxification mechanisms optimized prior to removal. To remove mercury that has already accumulated in your body, I highly recommend reviewing my Mercury Detoxification Protocol, which details the things you can do right now to help rid your body of this toxin. If your mercury levels are seriously elevated, you should work with a knowledgeable health care practitioner to help you through the detoxification process.

Join the Fight to End the Use of Mercury in Dentistry!

During this Mercury-Free Dentistry Awareness Week, I urge you to help spread the word and help educate others by sharing this article with your social networks. Together, we can END the use of toxic mercury in dentistry.

To their credit, half of the dentists in the US, the UK, Australia, and Canada no longer place mercury fillings; they always use mercury-free alternatives; they never use amalgam. Since they have made the transition to mercury-free dentistry, so could the other half. And Consumers for Dental Choice is here to make sure that they do.

Charlie Brown, who runs Consumers for Dental Choice, is headed to Nairobi in October to lead a worldwide delegation participating in the world mercury treaty negotiations. With him will be a team of dentists, consumers, attorneys, and scientists fighting to get amalgam into that treaty. With the world deciding whether we continue allowing mercury in children's mouths, much is at stake. Here's what you can do in your nation or state:

Americans: Our #1 problem is the Food and Drug Administration, which has partnered with the American Dental Association to cover up the mercury, to make you think you are getting silver instead of mercury in your mouth. The FDA intentionally conceals the warnings about amalgam deep in its regulation -- so parents will never see them. On its website, the FDA gives dentists the green light to continue to deceive consumers with the term "silver fillings"

"Americans are ready for the end of amalgam." This was the theme of the testimony to the U.S. Department of State on August 18 by former West Virginia state Senator Charlotte Pritt. Yes, Americans are ready. But FDA is not. So let's send them a message.

Nine months ago, FDA scientists advised the agency to disclose the mercury to all patients and parents, and to stop amalgam for children and pregnant women. Yet FDA sits – sits actually in the pocket of the American Dental Association – ignoring its own scientists.

Please write the Director of FDA's Center for Devices, Jeff Shuren, jeff.shuren@fda.hhs.gov Ask Dr Shuren why FDA continues to ignore the scientists and covers up the mercury from American parents and consumers. Ask when FDA is going to get in step with the world on mercury.

Californians: Dr. Shuren is coming to San Francisco for a "town meeting" on September 22. We urge Northern Californians to attend. It will go from 8 am to 12 noon, at the Embassy Suites Hotel, San Francisco Airport (telephone 650.589.3400)

In Southern California, Consumers for Dental Choice is organizing a city-by-city attack on amalgam --- and needs volunteers. If you wish to help with the grassroots work of organizing for city council hearings, gathering petitions, and telephoning, volunteer by writing announcements@toxicteeth.org

Australians: Your government, Aussies, is now in last place on the mercury treaty, asking the world to throw in the towel instead of working to phase out dental mercury. A great new group has started, Australians for Mercury-Free Dentistry, led by dentist Lisa Matriste and consumer activist Anna Priest. We urge you to go to its website and join: http://www.mercuryfreedentistry.com.au/

Folks worldwide: If you aren't on that list, there's plenty to do – for example, Dominique Bally, an outstanding young advocate from the Ivory Coast, runs the Amalgam-Free Africa Campaign. If you want to help somewhere, anywhere, and there's nothing on the list above for you, write Charlie Brown, charlie@toxicteeth.org

Donations can be made online at http://www.toxicteeth.org/donate.cfm. Checks can be mailed to: 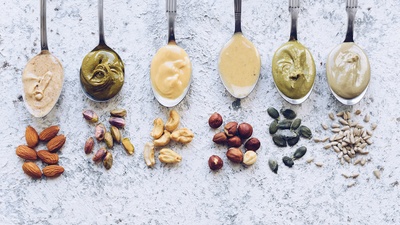 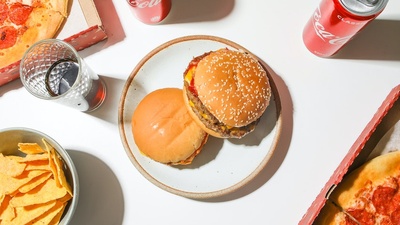 Natural Cleaners To Use Around The Home