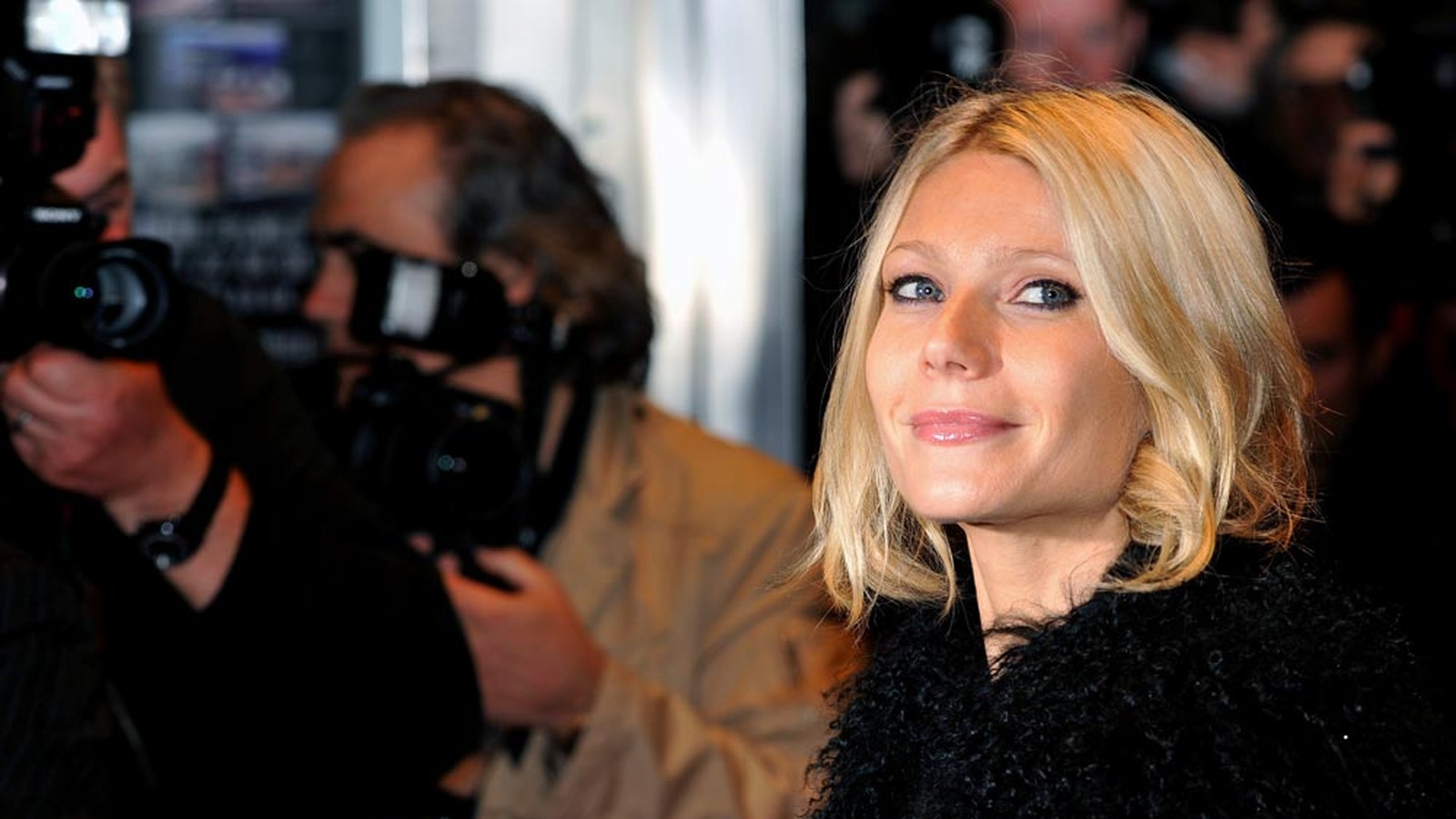 Gwyneth Paltrow has revealed to her online fans that she has a severe vitamin D deficiency. "My doctors tested my vitamin D levels which turned out to be the lowest thing they had never seen -- not a good thing," she said earlier this month. She then went on to reveal she is suffering from osteopenia, a thinning of the bones.

These two things are, of course, strongly related. Because vitamin D is necessary for your body to absorb and integrate calcium into your bone structure, being deficient in vitamin D is a sure way to end up diagnosed with osteoporosis or osteopenia.

To reverse this condition, Gwyneth Paltrow was prescribed high dose vitamin D and told to spend more time in the sun. (Good advice!)

It's about time a celebrity started getting some sound health advice from health practitioners. Sunlight and vitamin D is exactly what Gwyneth needs. And I'm glad to see she had the courage to go public with this private information and set a good example by boosting her vitamin D intake.

This advice seemed to initially confuse Gwyneth who said, "I was curious if this was safe, having been told for years to stay away from [the sun's] dangerous rays, not to mention a tad confused!"

And here we discover the harm that has been caused by all the medical charlatans who have urged people to stay out of the sun: Oncologists, dermatologists, general practitioners and even non-profits like the American Cancer Society. In making people afraid of sunlight, they have strongly contributed to a global vitamin D deficiency that actually causes cancer, diabetes, kidney and liver disorders, bone disorders and even influenza. These health "authorities" who tell people to avoid the sun and coat their bodies with toxic sunscreen chemicals are killing people!

Fortunately, Gwyneth Paltrow found this out before any cancer appeared. Had she stayed on this course of vitamin D deficiency for longer, cancer would have been a very likely result. And then she might have found herself pushed into toxic chemotherapy and radiation -- the death tools of an industry that's now poisoning Michael Douglas and has already killed rock stars and other famous actors such as Farrah Fawcett.

Most of the industrialized world is vitamin D deficient

What's really shocking about the vitamin D story is not that Gwyneth Paltrow was deficient in it, but that as much as 90 percent of the first-world populations are chronically deficient.

In the UK, deficiency is at epidemic levels. The same is true in Canada and the northern states of the USA. Even in the southern states like Florida and California, most people live their lives indoors, hiding from the sun while becoming more vitamin D deficient with each passing day.

Vitamin D deficiency is the underlying nutritional deficiency that keeps modern medicine in business. When you don't have enough vitamin D, things start to go wrong with virtually every organ in your body. There are vitamin D receptors on every major organ and organ system in your body, and vitamin D activates hundreds of different genes in your body that prevent chronic disease.

The simple act of testing for vitamin D and boosting vitamin D levels across the entire population would do more to increase health and reduce health care costs than all the health care reforms Congress has ever debated.

In other words, if the population remains vitamin D deficient, health care costs will always spiral out of control because it's more expensive to treat sickness than to keep people healthy with low-cost vitamin D supplements.

Let's hope that more people will pay attention to the experience of Gwyneth Paltrow and find the personal courage to treat their vitamin D deficiencies by boosting their intake of vitamin D (and getting more sunlight when possible).

It's nice to see a health-conscious celebrity setting a good example, much like Drew Carey did by beating diabetes. Celebrities have tremendous power to influence the public, and sadly, most celebrities abuse that power. But a few stand out as positive influences who have the personal integrity to lead by example so that their fans might improve their health, too.