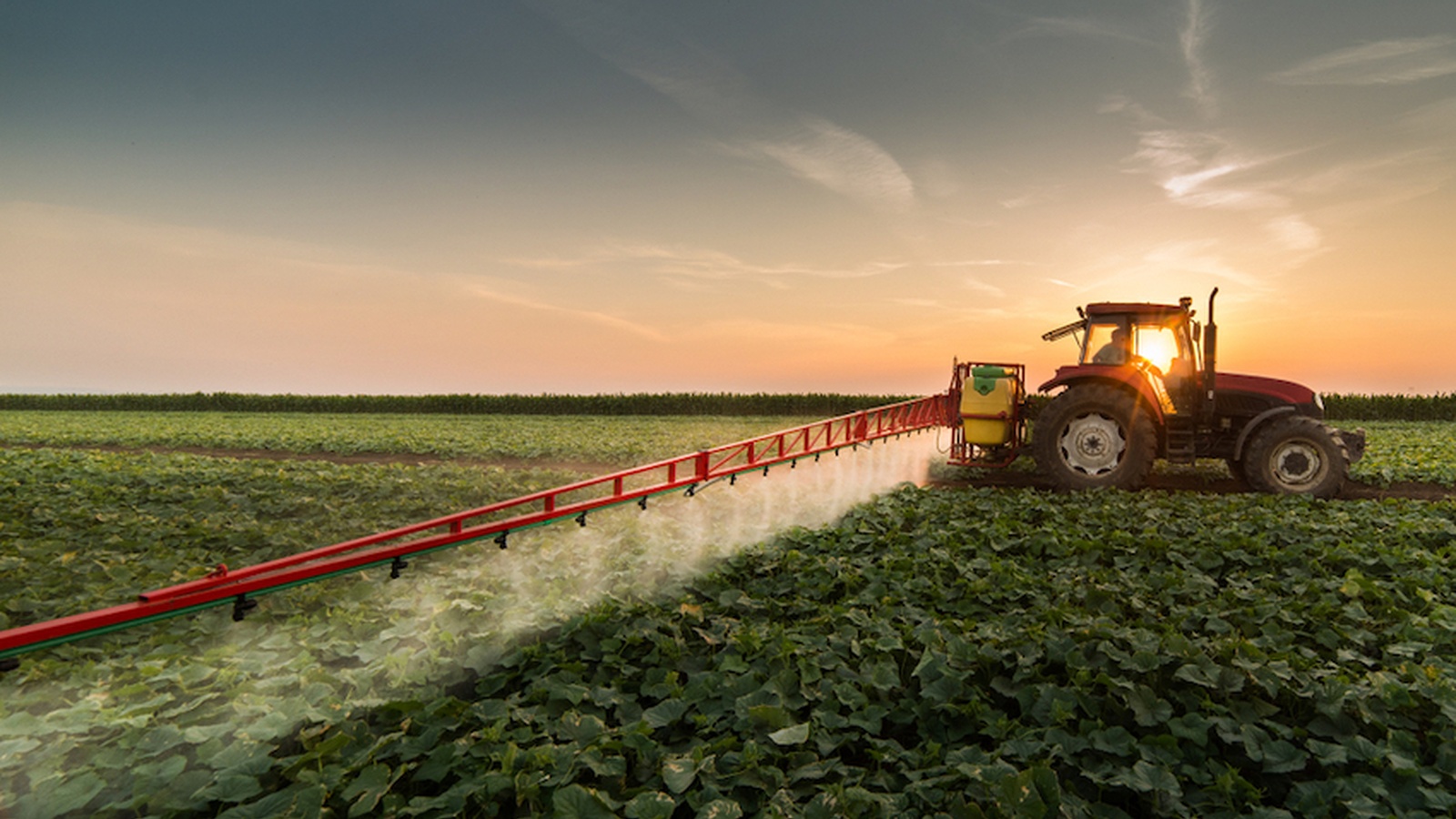 When you have weeds in the garden, do you reach for Roundup to remove them? It’s quite widely accepted that it’s the best, most effective weed killer and it's sold in most Home Depots or Bunnings, but what is in this product and what is it actually doing to our health?

With more evidence coming to light and more medical cases being connected to the herbicide glyphosate, we’ve done a round-up on Roundup research.

Work around the house can sometimes seem like an uphill battle, but it doesn’t compare to the battle DeWayne Johnson faced when he was diagnosed with lymphatic cancer in 2014, at the age of 42. A gardener by trade, Johnson is one of hundreds of cancer patients suing Monsanto with claims the weed killer Roundup was the root cause in the development of their cancers.

Roundup is one of many products from Monsanto that contains herbicide glyphosate (the controversial ingredient in Roundup) that causes non-Hodgkin's lymphoma, a type of cancer affecting white blood cells. Herbicide glyphosate is an ingredient activists have long battled to ban, due to increasing reports denoting the chemical as a “probable” carcinogen.

What many people don’t know, is this carcinogenic substance is used not only in weed killer but many household products and pesticides … and alarming traces of the substance are being found in food. Which begs the question, what effect is the herbicide glyphosate having on our families’ health?

The Round-up on Roundup

On August 10, 2018, a jury in San Francisco concluded that DeWayne Johnson had developed cancer from exposure to Roundup – Monsanto’s widely used herbicide - and subsequently the company was ordered to pay $289 (US) million in damages. The plaintiff, Johnson, was a groundskeeper in a California school district and was frequently exposed to the weed killer that he accuses Montasato of concealing health impacts.

This claim was also backed by US journalist Carey Gillam, who released a book detailing the unscrupulous methods Monsanto used to “conceal and manipulate science, arm-twisting regulators, confusing consumers and silencing critics”.

"What you see when you look at the documents is you see a very carefully orchestrated plan by Monsanto, and others in the chemical industry, to suppress evidence of harm that is associated with glyphosate-based herbicides like Roundup," she said.

Monsanto, the defendant, vigorously rejected all allegations, expressing that the chemical substance used in its product - herbicide glyphosate - is safe. After the ruling heard that Monsanto owed punitive damages of $289 (US) million, Vice President Scott Patridge refuted the verdict arguing “the decision does not change the fact that more than 800 scientific studies and reviews, and health and regulatory authorities around the world, support the fact that glyphosate does not cause cancer, and did not cause Mr Johnson's cancer".

We beg to differ.

What Does That Mean for Herbicide Glyphosate?

In 2015, The World Health Organization's International Agency for Research on Cancer (IARC) classified glyphosate as a Group 2A substance – meaning that it is a probable human carcinogen. It’s classification as a Group 2 substance fell under scrutiny, due to the fact that the category includes a range of other industrial chemicals as well as the emissions from high-temperature frying, the chemical exposure incurred in work as a hairdresser and the consumption of red meat.

Despite the ruling in the Johnson vs Monsanto case, Roundup is still being sold on the shelves of supermarket aisles around the world and remains as a commonly used herbicide for farmers and gardeners alike.

The landmark case has caught the attention of many farmers around Australia who want a review of the use of the chemical amid cancer concerns. New South Wales farmer Tralee Snape was diagnosed with non-Hodgkin’s lymphoma in 2010, with her oncologist coining it “farmers cancer”.

"He said he couldn't prove that himself, but from the patients he has, there is a link to chemical sprays that are on a farm," she said.

This concern was shared in The Guardian by Greenpeace’s head of campaigns, Jamie Hanson, who urged the federal government to suspend the use of glyphosate, and the products that contain it, until more studies were conducted.

"Roundup is widely available for sale in Australia ... potentially exposing millions of people to its harmful effects. This case is only the first of hundreds that have been filed in the US claiming Roundup causes non-Hodgkin lymphoma. We have no idea how far this will spread and how many more are to come”.

These studies, it seems, cannot come soon enough, with over 40 years of widespread use, the government is only now investigating the toxicity of “glyphosate-based herbicides” on human cells.

How Can Roundup Affect The Health of My Family?

As discovered by the IARC, glyphosate is a Group 2 substance, that is a probable human carcinogen. Researchers have also discovered the chemical compound could be linked to a host of health ailments and diseases such as Parkinson’s, infertility and a range of cancers.

Even if you’re not a gardener or working directly with the chemicals, you can still be exposed and affected. Recent findings have reported evidence of glyphosate residues in foods, that can aid in intensifying other food-borne chemical residues and toxins found in the environment.

In the latest batch of testing, all but two of the products tested contained levels of the potentially-carcinogenic weedkilling chemical beyond the health benchmark set by EWG. This included popular products such as Cheerios, Lucky Charms, Nature Valley granola bars, and Quaker oats.

While many of the brands and the weedkilling producers may refer back to the EPA’s legal limit for glyphosate in oats, the information used to set such limits was conducted in 2008 and is now outdated with the International Agency for Research on Cancer since labeling glyphosate as “probably carcinogenic” and the California Office of Environmental Health Hazard Assessment categorized it as a “chemical known to the state to cause cancer”.

While a single exposure to glyphosate in your food may not cause immediate distress, the ongoing exposure and build up of toxins in your body is what is concerning. Consider the daily habit of eating oats for breakfast or a muesli bar every day for morning tea - it appears to be a healthy choice but through circumstances beyond your control you could be consuming unsafe amounts of cancer-causing poison.

Clean Out Your Cupboard

With looming reports and studies showing the negative consequences of exposure to glyphosate and weedkillers, we’d recommend playing it safe rather than sorry. Here are some of our tips to avoid these chemicals: