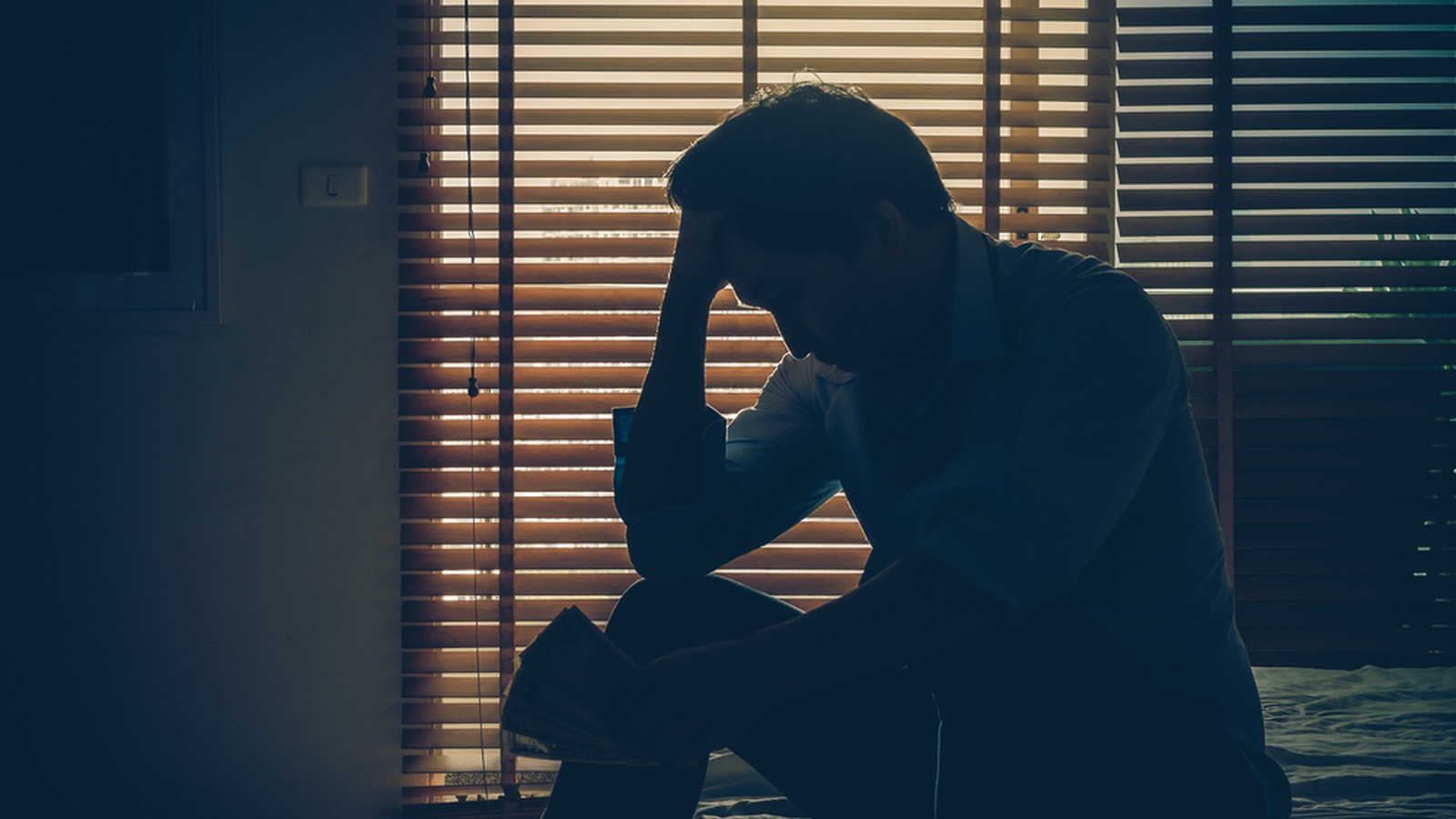 Treating depression is often the same as treating any other physical disease that manifests in the body, and therefore there should be no shame in recognizing the symptoms and getting the help you need. Dr. Daniel Amen and Tana Amen discuss a “stepladder” approach to treating depression, which consists of trying the easiest, safest, and most accessible methods first, then working up to the more involved methods if those don’t work.

Tana Amen: Let’s start with another testimonial. I like this. This is from our podcast and it says, “After having a craniotomy to remove a brain tumor, I noticed deficits. My brain was not as good as it was before the surgery. There was no real interest in those issues when I would bring them up to my doctor. As long as the tumor had not returned, I was supposedly fine. I’m thrilled to have access now to a resource that is focused on the health of my brain and that gives me the tools to improve my brain.”

I love that because that’s what we try to tell people. You’re not stuck with the brain you have. You can make it better. Maybe you’ve been through something awful, some sort of brain trauma, as this person has with a craniotomy, but you can clearly be doing things to make it better on a consistent basis or things to make it worse.

Dr. Daniel Amen: Well, just in the news, Maria Menounos, the person who used to be on Extra, she was just diagnosed with a meningioma and needs to take time off after the surgery. Besides car accident or skiing accident or concussion playing football, there are many ways to damage the brain. The way to get it back is to put it in a healing environment. What we’re going to talk about today is something super simple, which is there is a new study out on magnesium as a treatment for depression. It’s like, “Well, how simple is that.” It was 250 mg a day … we like magnesium glycinate, is a good form of it. Over six weeks, compared to placebo, patients’ moods were significantly better.

Tana Amen: I take about 700 mg of magnesium a day. I take several hundred during the day and then every night I take 400 mg. Magnesium is pretty life changing. It’s actually responsible for several hundred functions in your body. It helps with depression, anxiety. Just be low in it and you’ll find out really quickly how much it’s responsible.

Tana Amen: 80% when they studied people.

Tana Amen: 80% of people are low in magnesium.

Dr. Daniel Amen: When magnesium is low, you can be sad-

Tana Amen: Right. You get cramping, you get twitches. I worked in the hospital, in the ICU, and we would regularly get these elderly people in and they would come in with these heart arrhythmias. Every time they would come, we’d hang a bag of mag. Hang a bag of mag. Hang a bag of mag. That’s what we would do. No one ever explained to them, “Oh, by the way, maybe you should be taking some magnesium,” because it would immediately settle down their heart arrhythmia. They would go home, but they’re still low in mag on a consistent regular basis and no one has them taking magnesium. That’s how important it is. Really important this study is.

Dr. Daniel Amen: Hang a bag of mag. Let’s talk about other natural ways to treat depression. Exercise. Head-to-head against antidepressants, equally effective. Magnesium, like we just talked about. Learning how to not believe every stupid thought you have. Omega-3 fatty acids, again in multiple studies, have shown significantly helps mood.

Dr. Daniel Amen: Vitamin D is critical. How simple is all of this? Saffron, the spice saffron, head-to-head. I think there’s about 15 studies now showing it has equal efficacy to antidepressants. Also SAMe I like a lot. If you’re a worrier and you can’t let go of negative thoughts or negative behaviors, if you tend to be rigid and hold grudges, and if things don’t go your way, you get upset. 5-HTP combined with saffron we use here at Amen Clinics a lot, and find it’s very powerful.

Tana Amen: Meditation for sure.

Dr. Daniel Amen: Especially loving kindness meditation. You actually taught that to people in our special BrainFit: 50 Ways to Grow Your Brain. We have it in our book, the Brain Warrior’s Way. If you’re feeling sad, the simple thing to do is go to the doctor and have them give you Lexapro. It may not be the best thing to do. Tana and I have always said we’re not opposed to medication.

Dr. Daniel Amen: Because there are so many other benefits. We’re actually going to do a podcast on exercise may protect you from Alzheimer’s disease. There are no negative side effects unless you over-exercise.

Tana Amen: Right. Or unless you get an injury because you’re not paying attention to the limitations of your body. Yeah, no question.

Dr. Daniel Amen: But the antidepressants, especially the serotonin antidepressants. As a psychiatrist, I’ve been prescribing them since they first came out in 1988, when Prozac came onto the market. They can decrease motivation. I had one guy. He owned 60 radio stations. He came in the next week after I put him on Prozac, and he said, “I’m not as anxious and I’m not as depressed, and I just don’t care.”

Dr. Daniel Amen: “I’m not getting my paperwork done and” and then I’ve had hundreds of other people go, “I feel better, but I have no libido and my husband’s very unhappy about the fact that I can’t have an orgasm.”

Tana Amen: Let me ask you a question on that note, because there a lot of people who have tried the natural way. I know, because they write to me … Who have tried the natural way and it hasn’t worked. Maybe they’ve got complex medical issues or whatever the reason is. The natural thing hasn’t work and it’s affected their relationship, so they chose medication and it works. Now they’re hearing this and they’re like, “Ah, I shouldn’t be taking medication.” I always want to be very sensitive to this because as someone who has … I have people write to me all the time saying, “I don’t want to take thyroid medication, even though I’ve got various different thyroid-”

Dr. Daniel Amen: We have no good alternative to thyroid medication, and I’m not saying don’t take antidepressants. I’m just saying my bias is, my thought is let’s try the natural things first-

Dr. Daniel Amen: And if they don’t work, we’ll ramp it up. But what I see … 85% of psychiatric medications in this country are prescribed by non-psychiatric physicians-

Tana Amen: Oh, okay, well. I was being generous.

Dr. Daniel Amen: I’m anxious, I’m depressed, and I can’t sleep. Okay, here’s Ambien, here’s Xanax, and here’s Lexapro. They’ve never given people the alternative. There are so many things and this study highlights it that potentially are simple. They don’t have the bad side effects that … I think of it as a staircase, in that well, let’s do the bottom rung and see if we can get it.

Tana Amen: We’ve got you exercising-

Dr. Daniel Amen: Checked. Are you low in thyroid. Are you anemic. Do you have the right habits.

Tana Amen: Yeah, because if your thyroid’s off, you’re going to be depressed.

Dr. Daniel Amen: We’ve said in the last podcast, the brain hates change. Getting someone to exercise, that’s hard. It’s easy to take a pill.

Tana Amen: Yeah, no. I just want to make sure that I’m thoughtful on this because as somebody who has … I was actually on both sides of the spectrum. I was that person who was over-prescribed a laundry list of medications that I didn’t need to be on. In fact, a lot of them were for side effects of other medications, and that was extremely frustrating. I figured out how to reduce that list dramatically to the ones I actually just needed. But we also live in a society that is … there’s still a lot of stigma and there’s still a lot of finger pointing. And this is right or that’s wrong, and there’s a lot of judgment over these things. Once you do figure it out … Let’s just say there is someone who’s on medication. It’s working. They’ve tried the other way. The medication works. You’ve got patients like that, I’m assuming.

I just want to make sure people don’t hear something and say, “Well, I’m going to go off my medication without talking to a doctor,” number one, or number two, feel that they need to be judged or feel bad about something if you’re on some kind of medication, whether it’s thyroid or whatever that medication is. Don’t feel bad about it if it is something you actually need. What you determine works for you with your doctor is between you and your doctor. It’s not up to a bunch of other people. If you want off of it, that’s between you and your doctor. Do it in a responsible...

Dr. Daniel Amen: At the same time, I want them to know there are options.

Tana Amen: Absolutely. I just don’t want it to be a judgment call, as opposed to something you’re doing to optimize your life.

There are natural things to do and if your doctor, because most doctors are not trained in how to offer you natural options. Exercise, magnesium, omega-3 fatty acids, SAMe, vitamin D, learning how to not believe every stupid thought you have, cognitive therapy, we call it ANTherapy, are alternatives for you that … there are options. I just want all of my patients to have all of their options so they can choose to make the best decision for themselves. Stay with us. 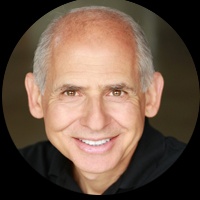 Daniel G. Amen, MD, is a double board-certified psychiatrist, professor, and ten-time New York Times bestselling author. He is one of the world’s foremost experts on using brain-imaging tools to help optimize and treat his …