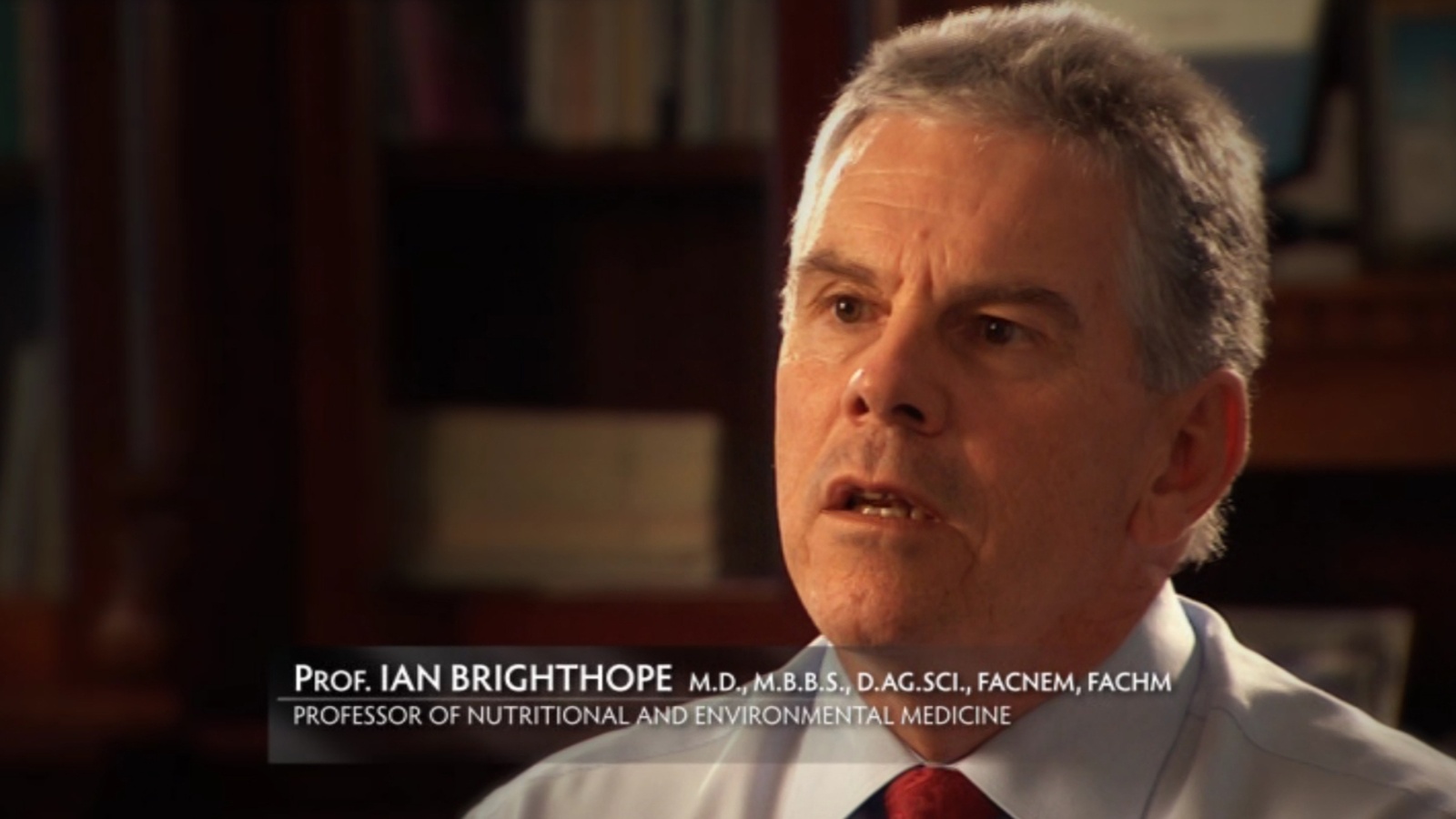 The Forces Against Health in Australia

Health practice in Australia is still focused on treatment of disease as opposed to its prevention and the optimization of health. Although the scientific literature has recently shown an increasing awareness of the importance of lifestyle factors in preventing disease, mainstream medical professionals continue to be trained to react to disease and pursue drug treatment. This "drug and disease" paradigm is costly, not only in monetary terms but also the human toll of pain and suffering and its impact on productivity and quality of life, and widespread illness and death caused by medical treatment.

Iain Chalmers, director of the UK Cochrane Centre, has said that "Critics of complementary medicine often seem to operate a double standard, being far more assiduous in their attempts to outlaw unevaluated complementary medical practices than unevaluated orthodox practices . . . These double standards might be acceptable if orthodox medicine was based solely on practices which had been shown to do more good than harm and if the mechanisms through which their beneficial elements acted were understood." Unfortunately, neither of these conditions hold true.

The Australian government has made investent in the prevention of disease a priority in its $7.4 billion comprehensive reform package to the nation's health system. Yet prevention has been a secondary consideration in most medical schools and practices. A huge amount of disease and death could be prevented by addressing the use of tobacco and alcohol. There remains an enormous void in the government's health policy because it does not encourage and support the medical profession to practice nutritional medicine.

"Individuals are ceasing to be mindless consumers of drugs and services, becoming more discriminating and aware in their choices. They are also bringing their new options back home to their family physicians, and contributing to an awareness among doctors of the existence and potential of natural therapies."

Research in the field of nutritional medicine is growing at a phenomenal rate, and now that the human genome has been sequenced, the science supporting nutrition in preventing disease is more impressive than ever. Many general practitioners and academics are open to the use of diet and nutritional supplements as viable alternatives to drugs. However, there are still too few to make a significant impact on public health. There will always be resistance, even hostility from the nutritional "flat-Earthers" - those who believe that "if you eat a balanced diet then you cannot be deficient in essential nutrients" (despite overwhelming evidence to the contrary) - and the academic medical power brokers. But I believe the system will eventually change in line with the accumulating evidence.

Recently, leading economic forecasters Access Economics announced that expanding the use of complementary/nutritional medicines could maintain excellent patient outcomes while saving hundreds of millions of dollars a year in healthcare costs. They studied the cost-effectiveness of common nutritional treatments for common chronic and serious conditions. They evaluated acupuncture for chronic lower back pain, St John's Wort for mild to moderate depression, fish oils in the prevention of heart disease and for the treatment of rheumatoid arthritis. The director of Access Economics, Lynne Pezzullo, said that analysing each treatment on a case-by-case basis showed patients could save a considerable amount of money by using nutritional medicines. In the case of St John's Wort, for the 340,000 Australians who are being treated for mild to moderate depression with drugs that don't work well, she estimated a saving of $50 million per annum. The potential savings from the use of vitamins C, D, and E and fish oils in heart disease is in excess of $2 billion.

The executive director of the National Institute of Complementary Medicine who initiated the study, Professor Alan Bensoussan, commented "I think governments should ... look more closely at what implications this might have in the context of national health reform." I agree wholeheartedly, and have been pushing for similar reforms for many years. I hope this will mark the beginning of a new endeavor to change our overburdened health care system. Politicians and regulators are very cautious about such change for fear of reactions from the medical and pharmaceutical establishment, who may perceive competition for the health dollar as a threat. But there is enough work to do in the goal of optimal health to keep every doctor, hospital, naturopath, and nutritionist busy for decades. That is, unless a miracle occurs and megadose vitamin C and a few vitamins and minerals become widely used. For these supplements can prevent widespread deficiencies that are responsible for many age-related diseases.

The "Wellness Model" of health attempts to prevent disease and optimise health by encouraging people with the proper nutrition and lifestyle tools. This can achieve the maximum level of health, physical and mental, for each individual. It creates an optimal environment for the expression of that individual's genetic potential. The keys to achieving optimal health include the judicious use of nutrition and nutritional supplements, regular physical exercise, the avoidance of environmental pollutants, and the practice of positive outlook through simple techniques such as meditation. This concept of optimising health for everyone is foreign to most traditional doctors and is glaringly absent from medical school curricula and training.

In this debate there are insidious influences. A powerful lobby group called the Friends of Science in Medicine (FOSM) is actively discouraging the federal government from supporting universities with funding if they conduct courses in what they personally regard as unscientific. Shamefully, the FOSM don't have members trained in NM and the nutritional sciences. FOSM is predictably against nutritional supplements, regarding them as expensive and wasteful. Could the money spent on nutritional supplements be better spent in more hospitals by treating the sick with drugs? In effect FOSM insists that universities should only teach what it defines as "correct" knowledge - emphasizing the treatment of disease, not the promotion of health. FOSM and the medical establishment would do well to become aware of the vast literature on nutritional medicine and the clinical experience of scientifically trained nutrition-aware doctors and nutritionists.

Most drug prescriptions are unnecessary, an estimated 80% in Australia.The list is long and includes antibiotics, statins, antidepressants, and many more. Yet through the best education, lifestyle, fitness, dietary change and the proper use of nutritional supplements and herbal medicines, patient health outcomes can be optimised and hospital admissions and adverse drug events significantly reduced. In 2009, government expenditure on the pharmaceutical benefits scheme (PBS) amounted to $6.9 billion and it is estimated that in 2009-10 it grew a further 9.3%. I believe that at least $3 billion could be wiped off the total PBS expenditure and that these savings could be used to promote better nutrition, physical fitness and safe, effective natural therapies. For example, use of more cost-effective niacin or St. John's Wort as antidepressants could free up more money to psychiatrists for proper counseling and to orthomolecular nutritionists for feeding the mind. Overall this would lead to greater knowledge, more support for the most appropriate research, and an economic benefit to the world's population.

"There is an angry scornful tone used in leading textbooks of medicine regarding the discussion of micronutrient supplementation; an arrogance and ignorance concerning the evidence for the possible benefit of supplementation."

Doctors and pharmacists play a major role in informing consumers about the safety, efficacy and correct use of nutritional supplements. A recent Australian study evaluated the use of both nutritional and prescription medicines by pharmacy customers. 72% had used nutritional supplements within the previous 12 months, 61% used prescription medicines daily, and 43% had used both. The most popular nutritional supplements were: multivitamins, fish oil supplements, vitamin C, glucosamine, vitamin B complex, probiotics, Echinacea, coenzyme Q10, Ginkgo biloba and St John's Wort. The authors of the study explained that customers or patients want more information, ask more questions, and no longer blindly accept the authority of health care providers. This new class of customer differs drastically from the gullible consumer of nutrition supplements often characterized by the mainstream media. According to this study, nutritional supplements were selected by the majority of people themselves, although pharmacists and pharmacy assistants were helpful in this choice. From only a few bottles of vitamins in the 1980s to shelves of vitamins and essential nutrients lining the pharmacy walls, there has been a massive change in the retail pharmacy. The demands of an informed public plus the need for profits drove the pharmacy industry into selling nutritional supplements.

"We must act on the facts and the most accurate interpretation of them, using the best scientific information. That does not mean that we must sit back until we have 100% evidence about everything. When the state of the health of the people is at stake, we should be prepared to take action to diminish these risks even when the scientific knowledge is not conclusive."

There is not a single medical school in Australia teaching adequate nutritional science to future doctors to ensure that they are fit to practice in proper health care. This applies equally to general practitioners and specialists. Most of any doctor's patients are going to die from a nutritionally based disease, yet for years before they die they have formidably obvious nutritional deficiencies that go undiagnosed. Fortunately in Australia, we have highly qualified nutrition-aware health scientists in the profession of Natural Therapists who can help to correct these deficiencies.

Medicine stands on two feet - the science and the clinical art. Take away either one and it is going nowhere. Science on its own doesn't work because people aren't widgets; we all have different needs and different strengths, but medical research finds it easiest to treat us all the same. Got arthritis? Take this painkiller. But painkillers may destroy the joints, and in the case of the most common, paracetamol, cause damage to multiple internal organs - while simple things such as changing the diet, movement, vitamins, glucosamine and turmeric, among many others, have been shown to be very safe and effective.

Clinical skills also need to be advised by good science, the constant quest for understanding. In reality nutritional biochemistry holds the answers to most of our health problems, but movements such as FOSM actively seek to censor our knowledge of this.