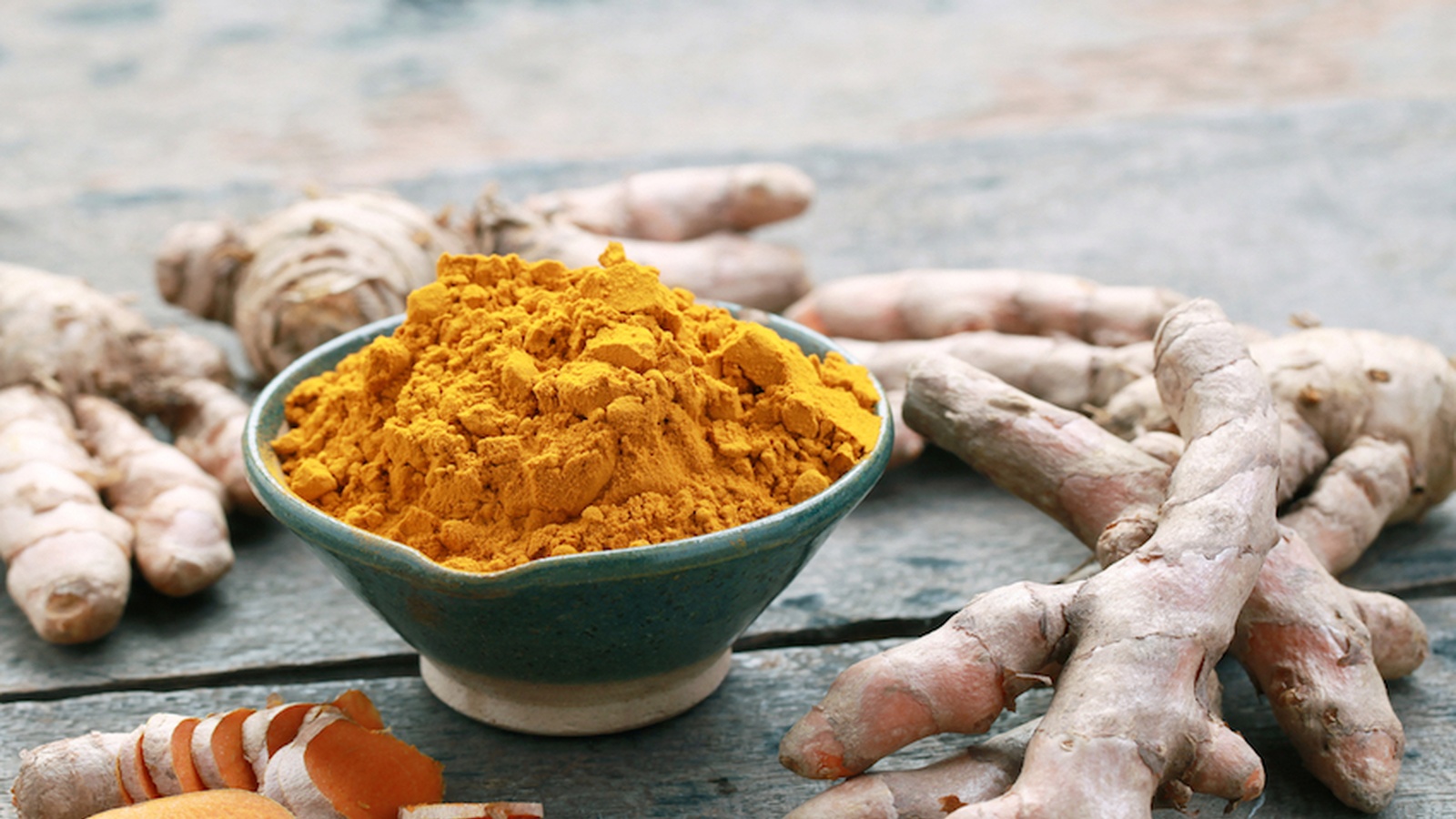 The Powerful Benefits Of Turmeric (Plus, Tea Recipe)

Nature provides many herbs, plants and foods that heal us. Turmeric is one of the most versatile healing spices in the world with over 600 experimentally confirmed health benefits. This brightly colored spice from India has been a staple in Middle Eastern and Southeast Asian cuisine. Chinese medicine has used turmeric for ages. Though turmeric is just now gaining mainstream popularity, it has existed throughout history.

When we break down the turmeric plant, we find it is made up of curcuminoids. Curcumin could be argued as the most important component of turmeric. Curcumin is most commonly known for giving curry its yellow color. Turmeric can be used in a variety of recipes from soups and curries to a marinade for meats or simply sprinkle it on veggies. With a mild flavor, this spice makes for an easy addition to any diet.

The antioxidant properties of turmeric reduce the damage free radicals have in the body and alleviate inflammation, says the University of Maryland’s Medical Center. Studies at the University of Arizona have suggested that adding turmeric to the diets of lab rats significantly reduced the symptoms of those suffering with rheumatoid arthritis. This is great news for people suffering with joint pain, as it works rapidly.

It is so effective that it matches some anti-inflammatory drugs on the market. In that way, curcumin delivers a one-two punch against free radicals. It blocks them directly, then stimulates the body’s own antioxidant mechanisms.

Recently, doctors at UCLA found that curcumin could block the enzyme that promotes the growth of head and neck cancer, inhibiting and preventing the spread of malignant cells. Curcumin works to stimulate the growth hormone of Brain-Derived Neurotrophic Factor (BDNF). Alzheimer's patients have decreased levels of BDNF. Increasing curcumin in the diet may be effective in delaying and possibly reversing many brain-related diseases. It could also improve memory and brain function.

Over time, curcumin improves the endothelium, which is the lining of the blood vessels and the major driver of heart disease. The endothelium regulates blood pressure, blood clotting and other factors in the optimal functioning of the body.
Randomized controlled trials conducted by Department of Pharmacology at the Government Medical College in India have found that when it comes to treating depression, turmeric produces anti-depressant effects in the brain, raising the levels of neurotransmitters in the brain that are known to cause depression.

This spice is so beneficial to our bodies that it behooves us to incorporate it into our daily routine either through supplementation or by adding it to our meals. Here is an easy-to-make tea that can be substituted for your morning coffee or added as an afternoon treat.