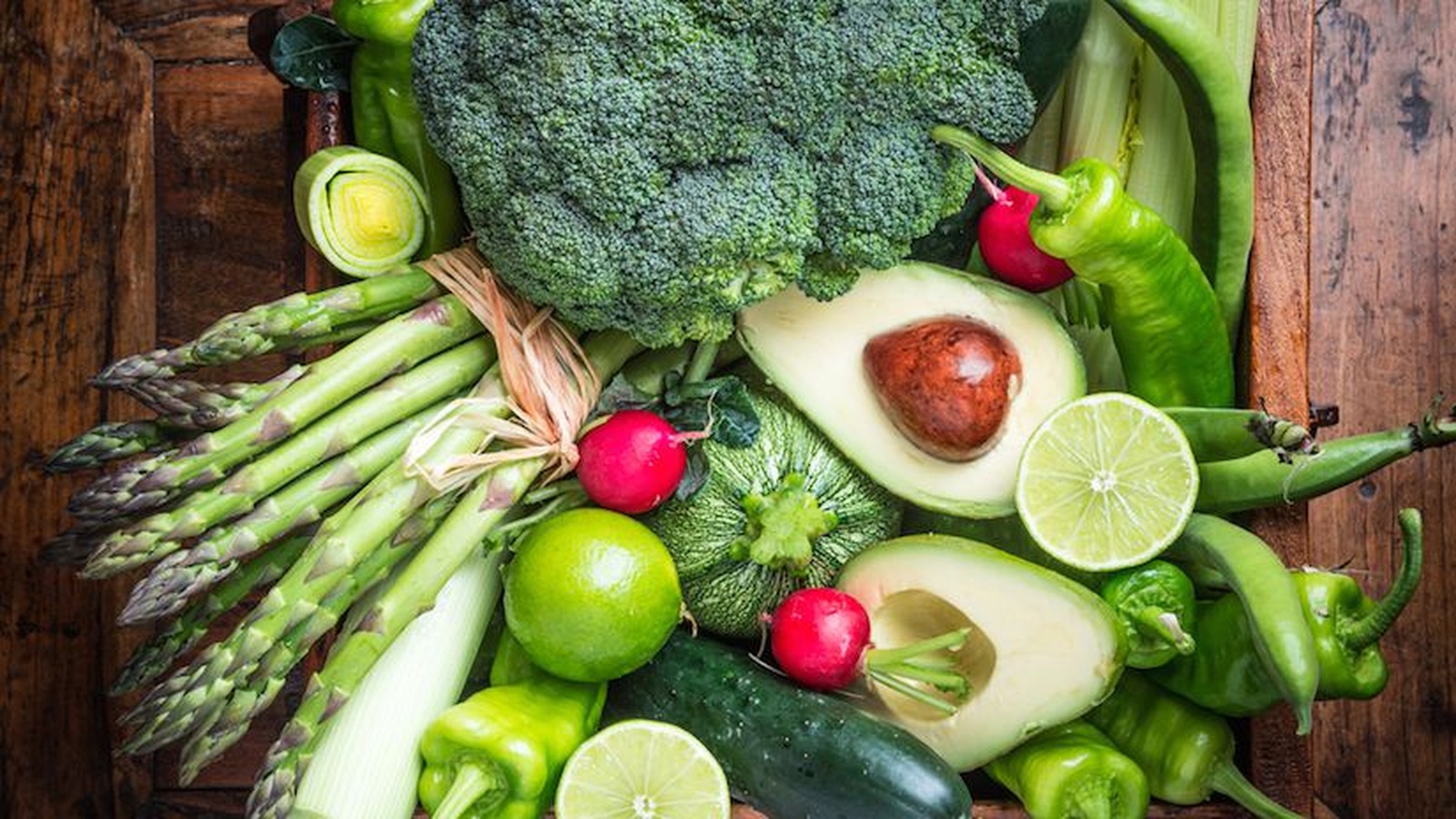 The Root Cause of Cancer Almost Universally Ignored by Doctors

In 1971 President Nixon and Congress declared war on cancer. So what's happened in the 40 years since? After weeding out the hype and filling in the actual statistics, it turns out, not much.

One would think that applying all that modern science has to offer over the last 40 years would have brought us far closer to eradicating cancer. Just compare it to other technology areas. Our cell phones now are more powerful computers than the largest supercomputers of the time.

But instead, cancer rates have increased during that span of time, and now surpass heart disease as the number one killer of Americans between the ages of 45 to 74. The odds are now very high that you or someone you know has cancer, is dying or has already died from it.

Why has "the War on Cancer" Failed so Miserably?

Writing for the Skeptical Inquirer, Reynold Spector lists the following six reasons for the failure:

However, while these may factor into the equation of failure, I believe this list is yet another example of exactly what's wrong with the entire system, which is: ignoring the fact that cancer is likely a man-made disease caused primarily by toxic overload.

Just a few months ago, I wrote about a fascinating study into ancient mummies that determined cancer is not a "natural" disease at all, and genetics are not a primary factor. Tumors were extremely rare until recent times, when pollution and poor diet became issues. So why are the medical and science communities, by and large, ignoring these basics?

Getting to the Root of the Problem

I strongly believe the cancer rates are escalating because they are in no way shape or form addressing the underlying cause of most cancers. Instead, most of the research is directed towards expensive drugs that target late stages of the disease and greatly enrich the drug companies but simply do not prevent cancer.

If ever there was an area in which an ounce of prevention is worth a pound of cure it is cancer. I strongly believe that if you are able to work your way up to the advanced health plan, that you will virtually eliminate the risk of most cancers.

Environmental- and lifestyle factors are increasingly being pinpointed as the primary culprits fueling our cancer epidemic. This includes:

This is clearly not an exhaustive list as such a list would be exceedingly long. For more specifics on consumer products implicated as contributors to cancer, please review the Cancer Prevention Coalition's "Dirty Dozen" list.

The pharmaceutical researchers would like you to believe they're doing everything they can to come up with a solution. Yet all we see is research into newer drug therapies. Clearly they're not digging close enough to the root of the problem, because if they did, they'd touch on some of these lifestyle issues just mentioned.

From my perspective, you ignore lifestyle factors at your own peril when it comes to cancer... Because, clearly, drug-based "advances" are not making a dent in this progressively prevalent disease.

On the contrary, cancer drugs are notoriously toxic and come with devastating, including lethal, side effects. Conventional medicine is so desperate to give the illusion of fighting the good fight that many of these drugs are used despite the fact that they're not really doing much to prolong or improve the quality of life of those diagnosed with cancer.

The best-selling (and extremely expensive) cancer drug Avastin, for example, was recently phased out as a treatment for metastatic breast cancer after studies concluded its benefits were outweighed by its dangerous side effects. Treating a disease in large part caused by toxins with toxins seems ignorant at best.

We can do better than that.

In the last 30 years the global cancer burden has doubled, and it will likely double again between 2000 and 2020, and nearly triple by 2030—unless people begin to take cancer prevention seriously. We CAN turn this trend around, but to do so the medical community must stop overlooking the methods that can actually have a significant impact.

Three cancer advancements in particular merit special mention. These advancements have not yet been accepted by conventional medicine, and they must be.

Number 1: Vitamin D—There's overwhelming evidence pointing to the fact that vitamin D deficiency plays a crucial role in cancer development. Researchers within this field have estimated that about 30 percent of cancer deaths -- which amounts to 2 million worldwide and 200,000 in the United States -- could be prevented each year simply by optimizing the vitamin D levels in the general population.

On a personal level, you can decrease your risk of cancer by MORE THAN HALF simply by optimizing your vitamin D levels with sun exposure. And if you are being treated for cancer it is likely that higher blood levels—probably around 80-90 ng/ml—would be beneficial.

Meanwhile, countless people around the world have an increased risk of cancer because their vitamin D levels are too low due to utter lack of sun exposure.

In terms of protecting against cancer, vitamin D has been found to offer protection in a number of ways, including:

Number 2: Optimizing Your Insulin Levels—Normalizing your insulin levels is one of the most powerful physical actions you can take to lower your risk of cancer. Otto Warburg actually received a Nobel Prize for his research on cancer cell physiology in 1934, which clearly demonstrated cancer cells require more sugar to thrive. Unfortunately, very few oncologists appreciate or apply this knowledge today.

The Cancer Centers of America is one of the few exceptions, where strict dietary measures are included in their cancer treatment program.

High levels of insulin can cause major damage to your body. The most recognized of these is diabetes, but that is far from the only one. As Ron Rosedale, M.D. said in one of my most popular articles, Insulin and Its Metabolic Effects:

"It doesn't matter what disease you are talking about, whether you are talking about a common cold or cardiovascular disease, osteoporosis or cancer, the root is always going to be at the molecular and cellular level, and I will tell you that insulin is going to have its hand in it, if not totally control it."

The good news is that controlling your insulin levels is relatively straightforward. First, limit your intake of processed foods, grains and sugars/fructose as much as possible to prevent your insulin levels from becoming elevated in the first place.

One of the primary ways exercise lowers your risk for cancer is by reducing elevated insulin levels, which creates a low sugar environment that discourages the growth and spread of cancer cells. Controlling your insulin levels and optimizing your vitamin D level are two of the most powerful steps you can take to reduce your cancer risk. For example, physically active adults experience about half the incidence of colon cancer as their sedentary counterparts, and women who exercise regularly can reduce their breast cancer risk by 20 to 30 percent compared to those who are inactive.

Additionally, exercise improves the circulation of immune cells in your blood. Your immune system is your first line of defense against everything from minor illnesses like a cold right up to devastating, life-threatening diseases like cancer.

The trick about exercise, though, is understanding how to use it as a precise tool. This ensures you are getting enough to achieve the benefit, not too much to cause injury, and the right variety to balance your entire physical structure and maintain strength and flexibility, and aerobic and anaerobic fitness levels. This is why it is helpful to view exercise like a drug that needs to be carefully prescribed to achieve its maximum benefit.

Winning the War Against Cancer Begins with Your Personal Choices

You can do a lot, right now, to significantly decrease your cancer risk. Even the conservative American Cancer Society states that one-third of cancer deaths are linked to poor diet, physical inactivity, and carrying excess weight. So making the following healthy lifestyle changes can go a very long way toward ending the failure-streak and becoming one less statistic in this war against cancer: