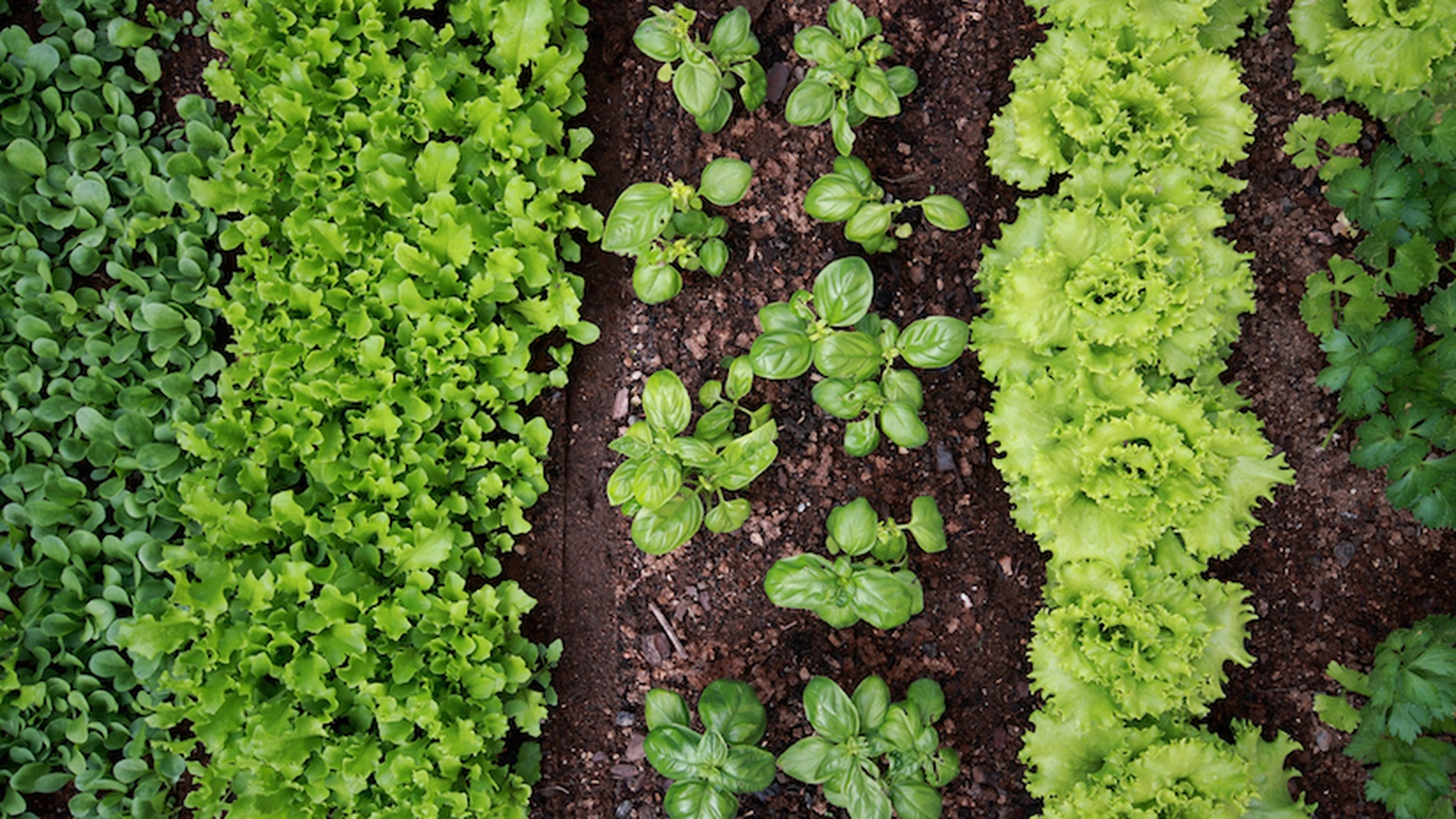 Top 10 Reasons To Grow Your Own Organic Food 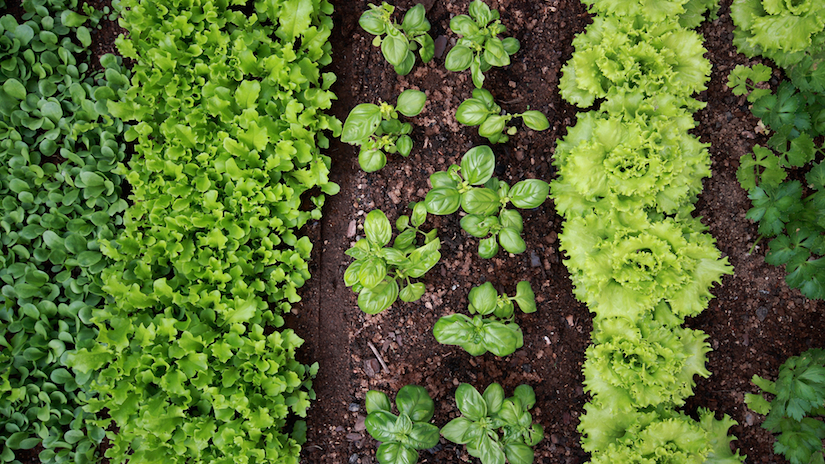 1. GET THE NUTRITION YOU NEED & ENJOY TASTIER FOOD!
Many studies have shown that organically grown food has more minerals and nutrients that we need than food grown with synthetic pesticides. There’s a good reason why many chefs use organic foods in their recipes—they taste better. Organic farming starts with the nourishment of the soil, which eventually leads to the nourishment of the plant and, ultimately our bodies.

2. SAVE MONEY
Growing your own food can help cut the cost of the grocery bill. Instead of spending hundreds of dollars and month at the grocery store on foods that don’t really nourish you, spend time in the garden, outside, exercising, learning to grow your own food.


“We have not inherited the Earth from our fathers,
we are borrowing it from our children.”
– Lester Brown


4. PREVENT SOIL EROSION
The Soil Conservation Service estimates more than 3 billion tons of topsoil are eroded from the United States’ croplands each year. That means soil erodes seven times faster than it’s built up naturally. Soil is the foundation of the food chain in organic farming. However, in conventional farming, the soil is used more as a medium for holding plants in a vertical position so they can be chemically fertilized. As a result, American farms are suffering from the worst soil erosion in history.

5. PROTECT WATER QUALITY
Water makes up two-thirds of our body mass and covers three-fourths of the planet. The Environmental Protection Agency (EPA) estimates pesticides - some cancer causing - contaminate the groundwater in 38 states, polluting the primary source of drinking water for more than half the country’s population.

6. SAVE ENERGY
American farms have changed drastically in the last three generations, from family-based small businesses dependent on human energy to large-scale factory farms. Modern farming uses more petroleum than any other single industry, consuming 12 percent of the country’s totally energy supply. More energy is now used to produce synthetic fertilizers than to till, cultivate and harvest all the crops in the United States. If you are growing your own food in the city, you are cutting down on transportation and pollution costs.

7. KEEP CHEMICALS OFF YOUR PLATE
Many pesticides approved for use by the EPA were registered long before extensive research linking these chemicals to cancer and other diseases had been established. Now the EPA considers 60 percent of all herbicides, 90 percent of all fungicides and 30 percent of all insecticides carcinogenic. A 1987 National Academy of Sciences report estimated that pesticides might cause an extra 4 million cancer cases among Americans. If you are growing your own food, you have control over what does, or doesn’t, go into it. The bottom line is that pesticides are poisons designed to kill living organisms and can also harm humans. In addition to cancer, pesticides are implicated in birth defects, nerve damage and genetic mutations.

8. PROTECT FARM WORKERS & HELP SMALL FARMERS
A National Cancer Institute study found that farmers exposed to herbicides had six times more risk than non-farmers of contracting cancer. In California, reported pesticide poisonings among farm workers have risen an average of 14 percent a year since 1973 and doubled between 1975 and 1985. Field workers suffer the highest rates of occupational illness in the state. Farm worker health is also a serious problem in developing nations, where pesticide use can be poorly regulated. An estimated 1 million people are poisoned annually by pesticides.

Although more and more large-scale farms are making the conversion to organic practices, most organic farms are small, independently owned family farms of fewer than 100 acres. It’s estimated the United States has lost more than 650,000 family farms in the past decade. And the U.S. Department of Agriculture predicted that half of this country’s farm production will come from 1 percent of farms by the year 2000, organic farming could be one of the few survival tactics left for family farms.

9. PROMOTE BIODIVERSITY
Mono-cropping is the practice of planting large plots of land with the same crop year after year. While this approach tripled farm production between 1950 and 1970, the lack of natural diversity of plant life has left the soil lacking in natural minerals and nutrients. To replace the nutrients, chemical fertilizers are used, often in increasing amounts. Single crops are also much more susceptible to pests, making farmers more reliant on pesticides. Despite a tenfold increase in the use of pesticides between 1947 and 1974, crop losses due to insects have doubled—partly because some insects have become genetically resistant to certain pesticides.

10. HELP BEAUTIFY YOUR COMMUNITY
Besides being used to grow food, community gardens are also a great way to beautify a community, and to bring pride in ownership.


Be the first to know when enrollment reopens for the Food Matters Nutrition Certification Program. Join the waitlist here. 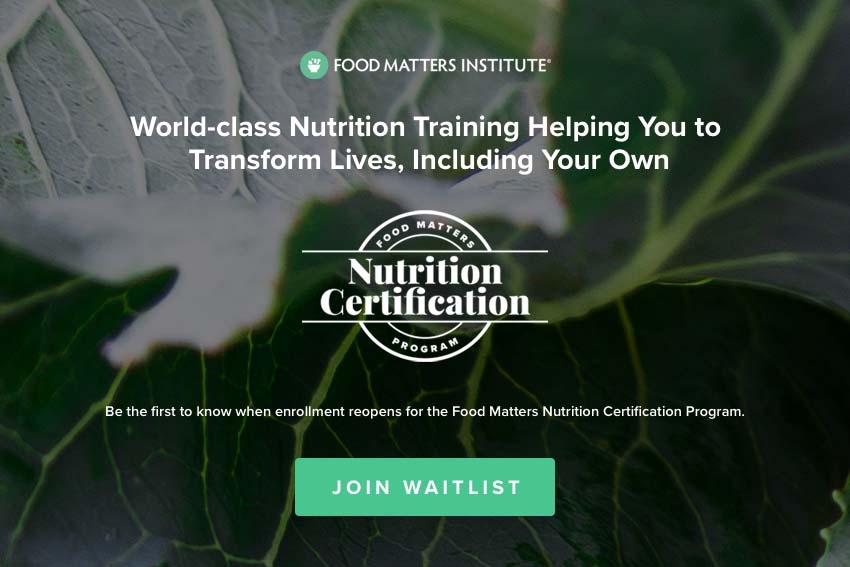