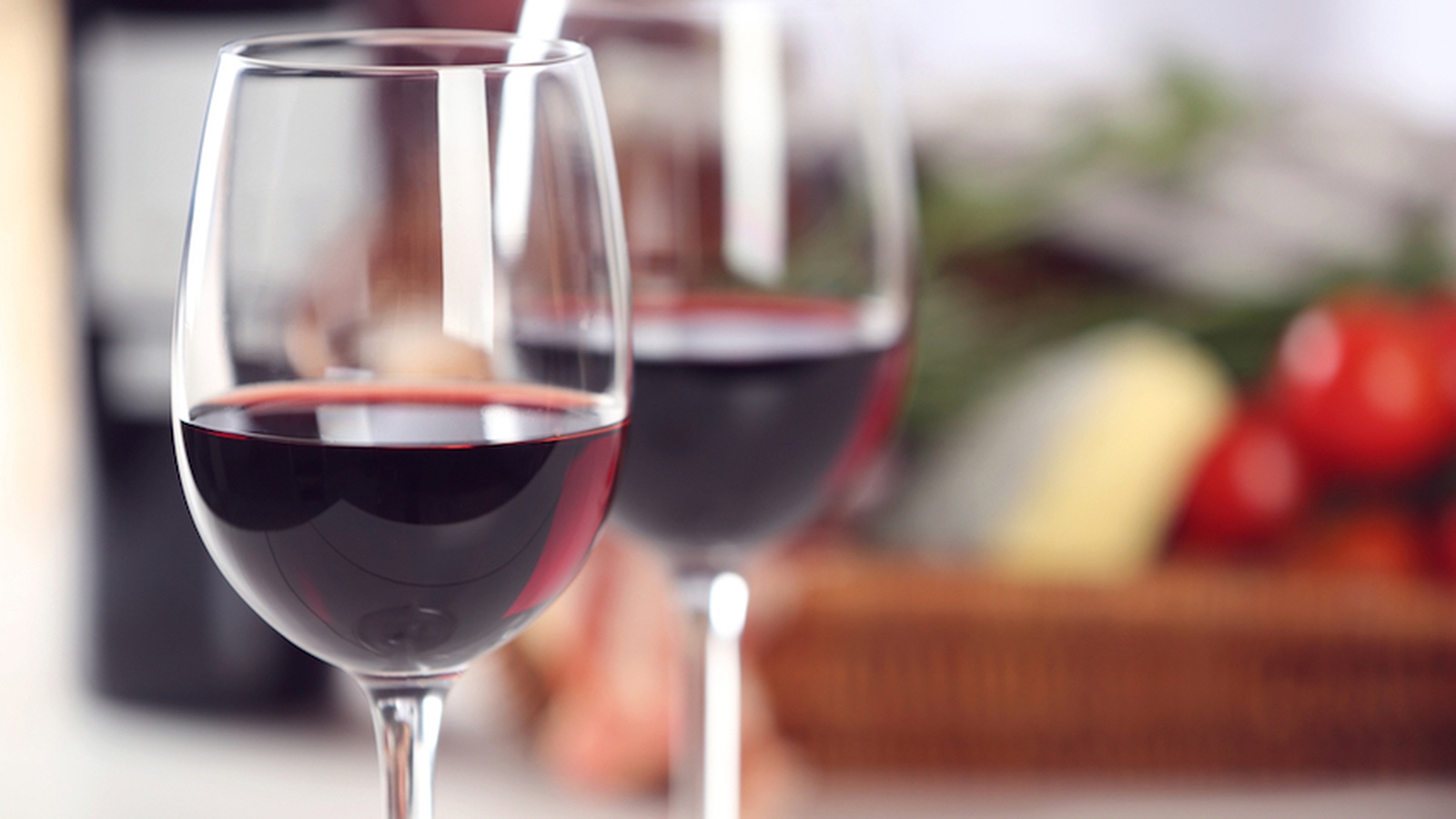 What Are The Healthiest Alcoholic Beverages?

Many people are curious about the details of my diet. I’m often asked about the how, what and when of my eating patterns.

Yet my diet isn’t 100% rigid. And the reality is that my life - perhaps like yours - is busy and sometimes unpredictable. We often travel for work or to visit family.

And when we’re on the road, at some point or another, I am inevitably offered a drink.

I could say no and abstain completely from alcohol. But for me, this feels overly restrictive. So what do I choose instead?

Please know that if you personally opt not to drink alcohol, that’s totally okay. But for many people, the idea of never drinking alcohol again would be miserable. That’s why, today, I’m sharing some healthier options you may like to choose when you do feel like drinking.

As popularized by the Mediterranean diet, you’ve probably heard that red wine may be good for you. In fact, there have been many health studies published about the potential health benefits of enjoying your vino.

The benefits of drinking red wine are largely linked to its high antioxidant level; namely the antioxidants epicatechin, catechin and resveratrol. These antioxidants fight oxidative damage within the body and have been linked with a lower risk of heart disease and inflammation. For reasons not fully explained, moderate alcohol intake has also be linked with lower risk of diabetes.

With 1 in 4 deaths within the United States caused by heart disease, health research like this is hard to ignore. And while some cardiologists do recommend a modest intake of red wine to attenuate cardiovascular risk, like most things in food, there’s a bit more to the story…

Red wine, like all alcohol, contains ethanol. This is the stuff that makes our brains feel ‘drunk’ and it is indisputably toxic to the human body. In fact, your liver suppresses other functions in order to preferentially get ethanol out of your system. This is why drinking can be especially troublesome for insulin-dependent diabetics; the liver stops regulating glucose and works harder to eliminate ethanol.

Alcohol - and ethanol in all its forms - is associated with a number of health risks. But probably the most notable risk associated with regular alcohol/ethanol intake is a higher incidence of cancer.

This heightened cancer risk isn’t limited to breast tissue. Research has also shown that drinking more than one alcoholic drink daily can increase the risk of colon cancer. This may also be due to the fact that alcohol reduces circulating levels of folate, a B vitamin that protects cells against cancerous mutations.

In the ‘perfectly healthy world’, the solution could be to eat non-alcoholic sources of the protective antioxidants found in red wine, such as cranberries, blueberries and nuts... thus avoiding the potentially nasty side-effects that go along with ingesting ethanol (even if it is with a dose of antioxidants).

In fact, many researchers advise to do just that. And The Dietary Guidelines For Americans are very clear on one point: There is not enough evidence supporting the pro’s of red wine to advise people to intentionally add it into their diets, if they’re not drinking it already. This is echoed by national health guidelines in Australia; drinking red wine explicitly for the prevention of heart disease isn’t recommended. There are other ways of optimizing your health that don’t carry any risks.

On the other hand, if you drink red wine already and enjoy this, many other experts advise that it isn’t necessary to stop. For most people, capping your daily wine at a maximum of two drinks per day isn’t likely to pose a serious health risk.

While I personally choose not to drink alcohol as regularly as this guideline permits, sometimes I do like to partake during special social occasions. Here are some ‘healthier’ (or more accurately, ‘less unhealthy’) alcoholic beverages I like to choose from:

Saké is a Japanese rice wine that is produced by fermenting ‘polished’ rice (that is, rice without the bran). During the brewing process, the natural starch from the rice is converted into ethanol. It’s a potent drink and a somewhat acquired taste. Choose organic to ensure that the rice base is derived from non-toxic, clean sources.

We’ve already established the le vin rouge isn’t  exactly a health food in its own right. But if you’re going to drink anyway, you may as well sneak in a few antioxidants, right?

I always choose an organic, sulfur-free red wine, as non-organic varieties are notoriously high in sulfites. You can read why we avoid sulfites - and other common preservatives in this article: 22 additives and preservatives to avoid.

Once upon a time, beer was made quite differently to the mass-produced types available today. Traditionally, most beers were somewhat sour, as uncontaminated yeast cultures were simply not available as they are today. The fermentation process was largely up to luck, and the starters transferred between batches often had a ‘lucky dip’ of bacteria and wild yeast.

By contrast, most beer today is brewed in sterile environments. However, sour beer is made a little closer to traditional methods; wild yeast strains and bacteria are purposefully added into the mix. The most commonly used strains are Brettanomyces,  Lactobacillus and Pediococcus.

Wherever possible, I always advise seeking out a gluten-free beer as well. This combo can be hard to find commercially, so you may even wish to brew your own!

While ginger beer does tend to be a little higher in sugar, if you make it at home you can adjust this. Plus, there’s always an option to add extra ginger; a spice well known for its digestive and anti-inflammatory benefits.

As a fermented product, kombucha is very mildly alcoholic. Not enough to knock your socks off, however the tart, fizzy flavor of kombucha lends itself well to mixing with other alcohol. A 1:1 ratio of kombucha to organic champagne or organic white wine is quite tasty!

Mead is believed to be one of the oldest forms of alcohol, with records of its use dating back as far as 8,000 years. Instead of using grains or grapes as a source of sugar, honey is the base for fermentation in this drink. There are many types of mead available and I strongly recommend finding an organic variety, if you can.

If you’d prefer a kombucha mocktail or two instead,  check out our delicious recipes here! 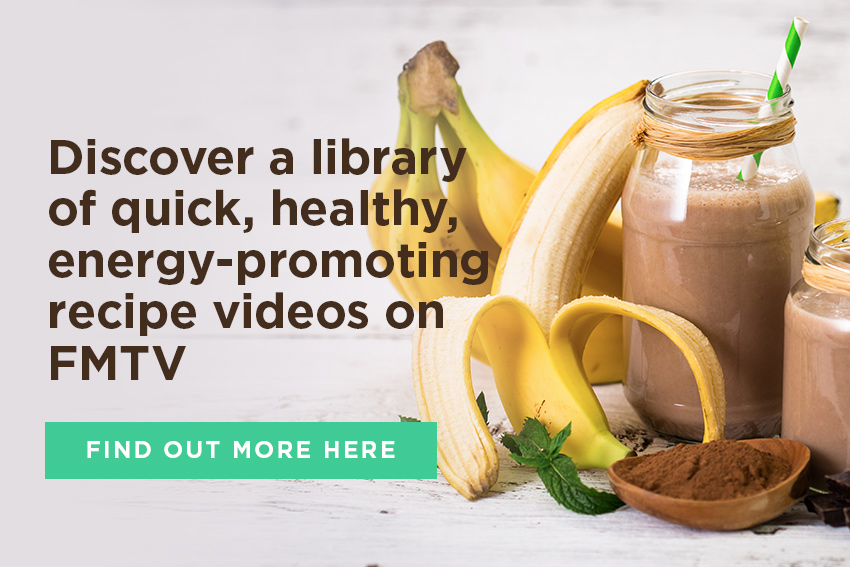 Studying Nutrition Online Empowered Me To Help Others, Help Themselves