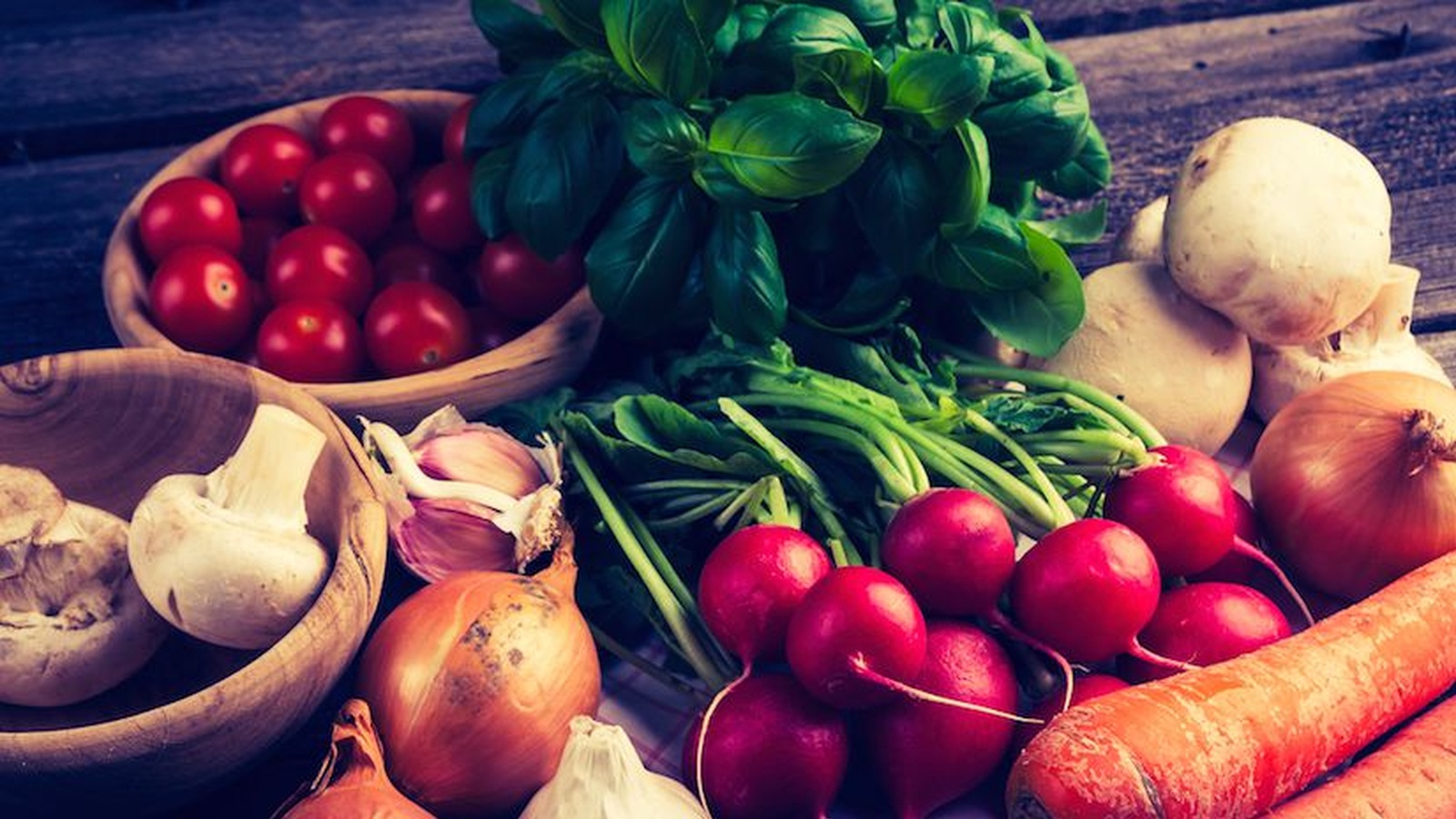 What Is Histamine Intolerance?

When you’re trying to heal your gut from a lifetime’s worth of mistreatment, it could be from a result of antibiotics, incorrect diet, disease, stress, or a combination of these factors, it can be really frustrating when all of your hard work and dietary changes fail to improve your varied, unpleasant symptoms. Headaches, bowel irregularities, fatigue, energy depletion, skin eruptions such as hives and rashes, all these things could be the result of just about anything and it’s hard to know where to begin.

You may have experimented with specific diets such as the low FODMAP, GAPs, Paleo, Veganism or quitting a certain ingredient in an attempt to rid yourself from your inexplicable symptoms. In the case that you’ve failed to see any improvement, a low histamine diet may finally give you the answers that you’ve been desperately searching for.

Histamines are neurotransmitters that are produced during any allergic response. Histamine’s role in the body is to cause an immediate inflammatory response and serve as a warning sign to your immune system, notifying it of any potential attackers. It’s this inflammation that gives you the swollen, puffy eyes or skin breakouts when you experience an allergic reaction. This may explain why doctors prescribe anti-histamines when you present with a food or seasonal allergy.

Histamines are essentially important chemicals that communicate messages from your body to your brain and a component of the stomach acid responsible for breaking down the foods you eat. Importantly from a gut-health perspective, histamines can be absorbed from histamine-containing foods. They can also be produced by bacteria in the gut.

What Is Histamine Intolerance?

In healthy people, the production of histamines is balanced out by an enzyme called diamine oxidase (DAO), which breaks down the histamines and ensures they are never given the opportunity to accumulate in the body. But some people have a deficiency of DAO, so histamine levels are able to run wild.

Impaired methylation can also be a cause of histamine intolerance. Histamine N-methyltransferase enzyme (which, like DAO, is also involved in histamine breakdown) requires methylation to function efficiently, and so compromised methylation will cause a decrease in the breakdown of histamine and allow levels to accumulate. When this happens, it can cause headaches, lethargy, irregular bowel movements, itchiness and leave you feeling, rather miserable.

While this is normal and part of the body’s natural immune response, if there’s a prolonged period where you don’t break down histamine properly, you could develop what’s known as histamine intolerance. Because it travels throughout your bloodstream, histamine can affect all of your bodily systems, including your gut, skin, brain, lungs and cardiovascular system. This explains why it may cause such a wide range of problems.

How Do I Test For Histamine Intolerance?

If you, like most, are reading the broad range of symptoms associated with histamine intolerance and thinking to yourself “that’s me!” as you tick each one off in your head,then rest assured that less than one percent of the population is actually histamine intolerant, so there’s a very good chance that you’re all good! However, this doesn’t mean you might not be sensitive to high histamine foods, in which case knowledge is power.

There are a few options available to you when testing for histamine intolerance. You can ask your doctor to have a DAO test to determine whether your DAO levels are normal or low, indicating a potential histamine build up. However, since other enzymes can also degrade histamine, this test isn’t a foolproof method of diagnosis. Another method is to get a skin-prick test done, however again this may give conflicting results.

Women face even tougher challenges when testing for Histamine intolerance, as levels can fluctuate during different phases of the menstrual cycle and during pregnancy and breastfeeding. Bearing all these challenges in mind, to date, the best method that doctors apply for diagnosing histamine intolerance is an elimination diet where histamines are entirely removed from the diet for four weeks. This is then followed by a reintroduction challenge.  While this may seem simple enough, again there are a few complications associated with the elimination diet.

What Is Involved In An Elimination Diet?

The biggest source of histamine in food isn’t actually the food itself, it’s the bacteria on the food that naturally produce histamine as part of their metabolic process. So, while we often hear that fermented foods do wonders for gut health (and they do), for those with histamine intolerance this is anything but true. In fact, even leftovers can occasionally have enough bacteria present to trigger symptoms.

If you’re intending on doing an elimination diet remember to seek professional advice from your health care practitioner.

Foods that are high in Histamine and that should be entirely avoided on the elimination diet include:

There are also foods that don’t contain histamine themselves, but that can cause your body to release more of it.

As with most dietary issues, individual sensitivities to these foods vary significantly. Most people only have trouble with the very high-histamine foods, and so there’s no reason to eliminate the second category of foods unless absolutely necessary. A good idea when exploring an elimination diet is to cut out the very high histamine foods first, and then experiment with different additions and subtractions once you can determine whether it’s helping or not.

Keeping a food journal may also be very beneficial to keep track of what your personal triggers are. The good news is that the elimination diet is only temporary.  As your gut heals, your ability to metabolize histamine increases, and you can slowly begin to introduce more of it in your diet without suffering symptoms. Also, many people discover through an elimination diet that they don’t react to some high histamine foods at all, and therefore only really need to cut out one or two big histamine offenders.

Many high histamine foods are actually quite healthy and so you could be missing out on very important nutritional sources if you cut them out without necessity.

The biggest non-food source of histamines in most of us is our gut flora. While certain types of bacteria produce histamines, others degrade them. Too many histamine-producing bacteria can cause your system to build up histamine levels faster than your DAO can empty it. It can occur that histamine intolerance appears later in life, particularly if you have been taking antibiotics or have made a dramatic diet or lifestyle change. When the gut flora begins to grow back after any sort of disruption, the potential for bacterial overgrowth problems (especially a predominance of histamine-producing bacteria) is high.

Also, the mucous lining of the intestinal wall is what mainly produces DAO. If your gut lining is irritated (for example, by a range of inflammatory foods like grains and legumes), then DAO production decreases, and the symptoms of histamine build up rear their ugly head. This may explain why many people with digestive issues do so well on a diet that is low in grains and legumes.

How Do I Help To Heal My Gut On A Low Histamine Diet?

While it may involve a little planning, gut healing on a low-histamine diet is certainly possible.  While it’s true that fermented foods are great for restoring normal gut flora, sauerkraut certainly isn’t the be-all and end-all. A good probiotic supplement, and (provided you don’t have any FODMAP intolerances) a diet rich in prebiotic foods such as chicory root, artichokes, dandelion greens, garlic, leek, onion and asparagus can be of assistance.

While probiotics such as Lactobaciullus rhamnosus suppress histamine receptors, prebiotics are carbohydrates that are indigestible for humans but that act as a food source for beneficial bacteria (the probiotics). Nigella sativa, or black cumin, is a spice that has been used in Ayurvedic medicine for centuries, and has recently shown promise as a natural anti-histamine for treating seasonal allergies.

DAO supplements are also available. However, these have had mixed results and come with a hefty price tag making them a poor choice for long-term treatment. You can also make certain dietary changes to improve your symptoms. Vitamin B6, copper, and Vitamin C are DAO cofactors, so make sure your diet is rich in these nutrients.

Vitamin B6 can be found in chicken, turkey and potatoes. Liver and asparagus are rich
sources of copper, and finally vitamin C can be found in all fruits and vegetables, particularly in kiwifruit, oranges, and berries.

As with any food elimination diet, there’s no point in following something when you know in your gut (excuse the pun) that it isn’t helping. Nevertheless, if your dietary attempts to date have failed then there is no harm in temporarily trying out a low histamine diet to see if it works for you. 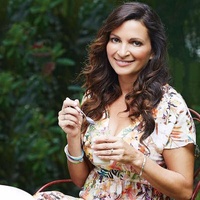