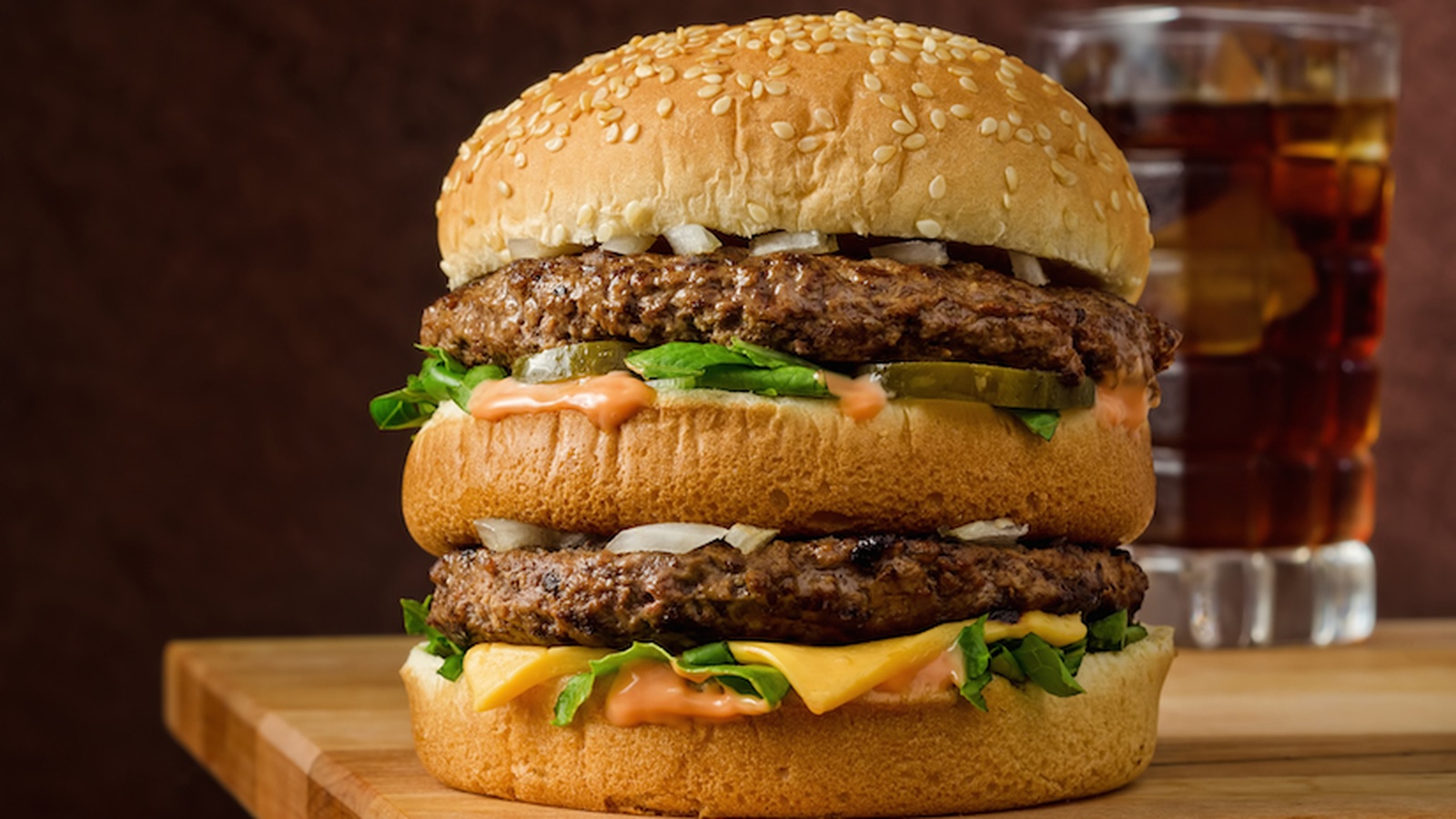 What's Really In Your Hamburger?

There are 14 billion hamburgers consumed each year in the United States alone. The people who eat those burgers, though, have little knowledge of what's actually in them. Current USDA regulations, for example, openly allow beef contaminated with E. coli to be repackaged, cooked and sold as ready-to-eat hamburgers.

This simple fact would shock most consumers if they knew about it. People assume that beef found to be contaminated with E. coli must be thrown out or destroyed (or even recalled), but in reality, it's often just pressed into hamburger patties, cooked, and sold to consumers. This practice is openly endorsed by the USDA.

But E. coli may not be the worst thing in your burger: USDA regulations also allow chicken feces to be used as feed for cows, meaning your hamburger beef may be made of second-hand chicken poop, recycled through the stomachs of cows.

According to the FDA, farmers feed their cattle anywhere from 1 million to 2 million tons of chicken feces each year. This cross-species contamination practice worries critics who are concerned it may lead to increased risk of mad cow disease contaminating beef products. So they want to ban the practice and disallow the feeding of chicken litter to cows.

Now, you might wonder how chicken feces could pose a mad cow infection risk to cows? It's because chickens are fed ground up parts of other animals such as cows, sheep and other animals as part of their daily feed. Some of that chicken feed spills out and gets swept up as chicken litter, and then fed to cows.

So now we have a bizarre experiment in animal feed lots where dead cows, sheep and other animals are fed to chickens, and then chicken feed spills onto the floor where, combined with chicken poop, it gets swept up and fed to cows. Some of those cows, in turn, may eventually be ground up and fed back to the chickens.

Do you see how this might be a problem?

Why not to feed animals to each other

First off all, in the real world cows are vegetarians. They don't eat other cows, or chickens, or feces for that matter. Chickens don't eat cows in the real world, either. If given free range, they live primarily on a diet of bugs and weeds.

But through the magic of horrific factory food production practices in the USA, dead cows are fed to chickens, and chicken feces is fed to cows. This is precisely how mad cow disease could contaminate this unnatural food cycle.

You might think that cooking a burger destroys the mad cow disease prions? Not true, even burgers that are fully cooked and handled according to federal safety standards can infect consumers with mad cow disease, and it's only a matter of time before humans start to be stricken with the disease.

Dying from mad cow disease isn't pretty, painless or quick. It's ugly. Your brain cells start to turn to mush, slowly shutting down cognitive function little by little like some strange, aggressive form of Alzheimer's disease. First you lose concentration ability, then your speech goes, and eventually all brain function stops altogether. It's a horrifying way to waste away.

Is the risk of that really worth eating burgers?

Remember: Right now, the practice of feeding chicken feces to cow herds continues. So there is a risk of mad cow disease infection in U.S. beef right now. Very little testing is currently being conducted for mad cow disease, meaning an infection could very easily go undetected for years. Meanwhile, the average hamburger contains beef parts from as many as 1,000 different cows.

Do the math. Unless cattle feeding practices are significantly reformed, eating beef products made from conventional beef - hot dogs, hamburgers, steaks - is like playing Russian Roulette with your brain cells. So do yourself, your family and the industry a favor and instead choose ethical, sustainable animal products, ie organic and pasture fed.