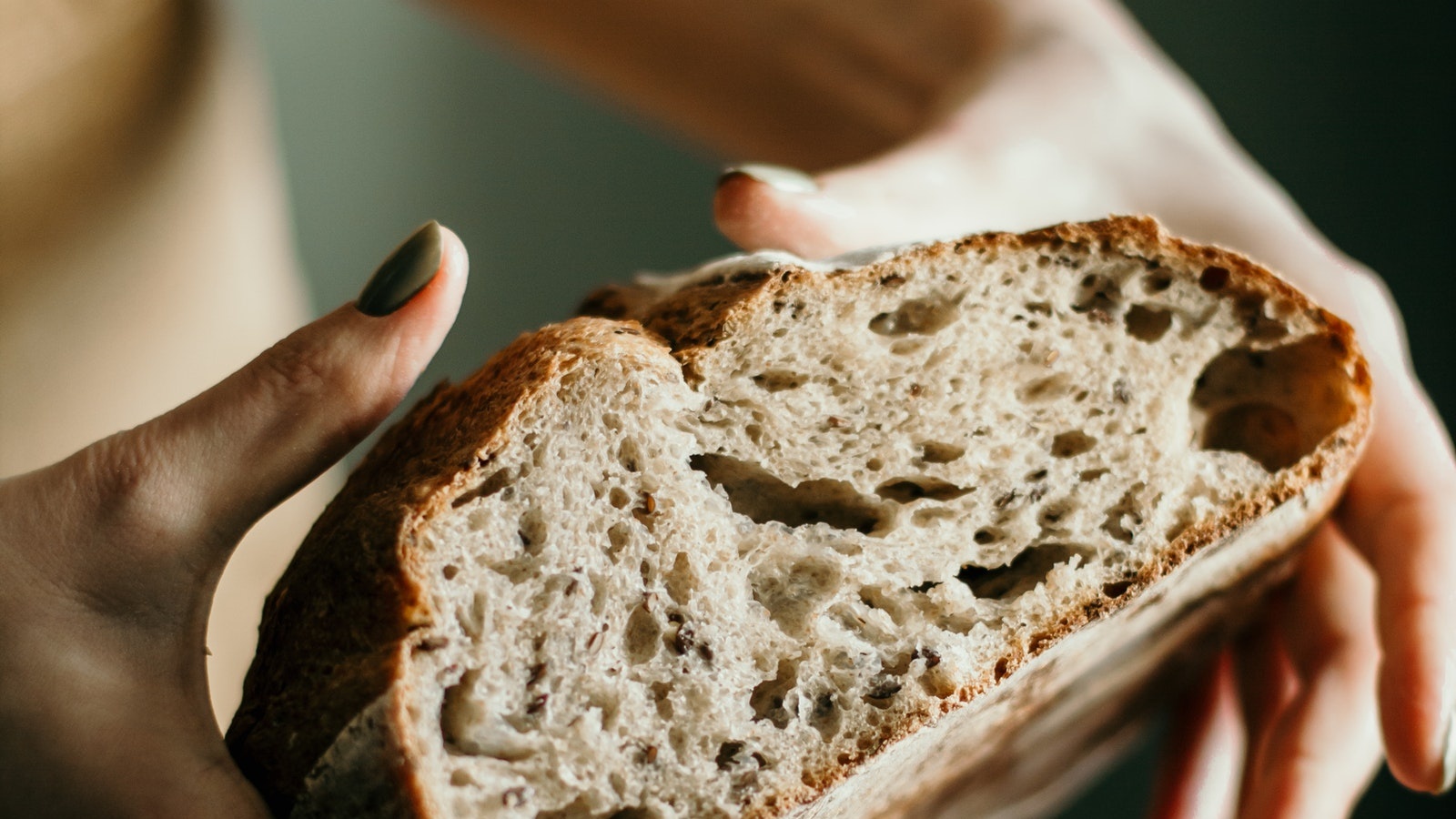 It’s been known for some time now that gluten isn’t great for the digestive system. Sure, it’s a protein, and the human body needs more of that, but the reaction that gluten has on your insides often isn’t worth the benefits. But for many people, and you’ve probably been here too, breaking up with gluten can be hard. Croissants, pastas, cakes, and cookies, even just a regular loaf of bread! They’re Standard American Diet (SAD) staples that can be tricky to replace. So while some people go cold turkey gluten-free, others will look to find a little balance. Many who aren’t celiac will find that balance in sourdough.

But why is sourdough easier to digest? That’s what we’re here to unpack today.

Let’s start off by saying that sourdough isn’t for everyone, but it can be a good alternative for you if you’re looking to make the switch from gluten. That’s simply because the gut can break down sourdough better than it can in the case of a refined white loaf. It’s well known that fermented foods are great gut foods, and that’s essentially what sourdough is. The starter culture that is used to bake a loaf of sourdough is its own biome of billions of beneficial bacteria.

According to some studies, because of the fermentation process, sourdough bread acts as a prebiotic, which means that the fiber in the bread helps feed the “good” bacteria in your intestines. These bacteria are important for maintaining a stable, healthy digestive system.

Because of this fermentation process, sourdough is also lower in gluten than other forms of bread. This is because the acid found in the bread breaks down gluten proteins before you get to enjoy the bread! So if you’re someone who experiences a gluten intolerance (rather than celiac disorder), you’ll probably find this a lot easier to digest.

The best part about sourdough is you can find it everywhere! Sourdough is an ancient technique of breadmaking, but with the rise of people expressing an interest in their own nutrition, plus nearly two years spent indoors trialing all kinds of home-baking, there’s a newfound rise in bespoke sourdough bakeries. And they don’t just make bread either! One of the Food Matters’ favorite bakeries uses their sourdough starter for everything, including croissants, pizza bases, and cinnamon buns!
Aside from being easily digested, there are also other ways that sourdough can benefit your body.

Sourdough is rich in essential vitamins and minerals that are needed for the body to function. When good quality flours are used, this nutrient-density increases tenfold. The lactic acid that is created in the fermentation process, also means that the nutrients found in sourdough are more easily absorbed by the body, increasing the availability of folate, potassium, and magnesium.

The same lactic acid bacteria also contribute to increased antioxidants that are found in sourdough, especially when compared to more conventional bread. These antioxidants protect your cells from oxidative damage that can contribute to chronic illnesses such as Alzheimer’s, heart disease, and cancer.

Rising blood sugar levels are leading to global health concerns, as diabetes becomes more common in the average household. Research suggests that swapping white bread for sourdough bread may help to stabilize your blood sugar levels. The fermenting bacteria have a unique effect on the starch present, which changes the structure of the bread molecules. This means that your body absorbs them slower, ultimately lowering the bread’s glycemic index and contributing to lower insulin spikes after eating.

Improved digestion and countless other health benefits… If you’re not quite ready to kick gluten to the curb, then maybe it’s time to slice up some sourdough and see how you go!