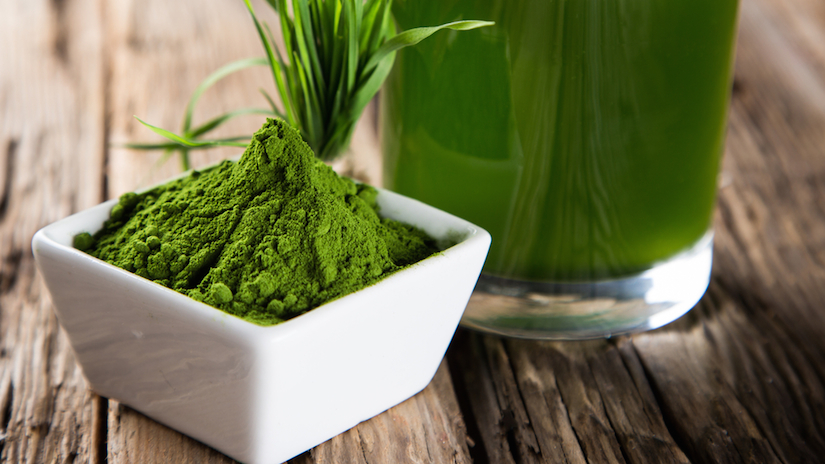 Due to the many requests I received from concerned readers asking for guidance about strategies to help protect against radioactive fallout in the wake of the Japanese nuclear disaster, I recently wrote an article addressing those concerns.

That said, one specific superfood that jumps to the top of the list is spirulina, and it's this very special blue-green "algae" that I want to expand upon today.

There is a great deal of research about spirulina's effectiveness in insulating you from the effects of radiation.

Spirulina was actually used to treat children exposed to chronic low-levels of radiation after the Chernobyl nuclear disaster, which I'll be covering in more detail below.

Spirulina is ranked by AARP as the #1 superfood for extending your lifespan, and the UN has identified it as a primary ingredient in the fight against malnutrition worldwide. But what exactly is spirulina? You may be surprised!

Spirulina: One of Nature's Near-Perfect Foods

Spirulina is similar to sea vegetables such as dulse, kelp, nori, kombu, arame, wakame, etc. Along with its cousin chlorella (another of my favorites) spirulina is a member of the "blue-green" family—but this family is actually not algae.

Although you will often hear the term "blue-green algae," spirulina and its kin are actually cyanobacteria. Cyanobacteria are classified as bacteria because their genetic material is not organized in a membrane-bound nucleus. Unlike other bacteria, they have chlorophyll and use the sun as an energy source, in the way plants and algae do.

One of the special traits of spirulina is its rich protein content—it's up to 70 percent protein by weight and contains all of the essential amino acids. Records of the Spanish conquistadors suggest that the Aztecs consumed spirulina as a food source, and the Kanembu people of Central Africa harvested it from what is now called Lake Chad.

Wild spirulina grows in the alkaline lakes of Mexico and on the African continent, although it is commercially grown and harvested all over the world. It reproduces quickly, and because the individual organisms tend to stick together, it is easy to harvest. Commercial production of spirulina is estimated to reach 220,000 tons by the year 2020.

Spirulina is high in various B vitamins (including B-12), beta-carotene and other carotenoids, and minerals including calcium, iron, magnesium, selenium, manganese, potassium and zinc. It is also a great source of gamma-linoleic acid (GLA), an essential fatty acid for your heart and joints.

Many of these vitamins and minerals have strong antioxidant properties, which help you eliminate toxins and fight disease. Spirulina is highly effective for heavy metal detoxification, and many studies now point to spirulina as a natural cancer-fighting agent. Research on spirulina suggests it offers potential benefits for a wide variety of health issues, including:

But what is it about spirulina that explains its ability to protect you from the damaging effects of ionizing radiation?

It All Started with Chernobyl

The benefits of spirulina for radiation treatment really came to light just after the 1986 Chernobyl disaster, near the Belarus border of Ukraine.

When the Chernobyl reactor melted down, approximately 134 plant workers and firefighters were exposed to high doses of radiation—800 to 16,000 mSv—and developed acute radiation sickness.

In total, more than 160,000 children and 146,000 cleanup workers became victims of radiation poisoning as a result of living and working in that radiotoxic environment, raising the incidence of birth defects, leukemia, anemia, cancers, thyroid disease, liver and bone marrow degeneration, and overall severely compromised immune systems.

According to Bill Bodri's 2004 book How to Help Support the Body's Healing After Intense Radioactive or Radiation Exposure, after the Chernobyl disaster a British company reportedly sent shipments of spirulina to clinics in Belarus to treat child victims of radiation sickness. Soviet physicians at the Institute of Radiation Medicine in Minsk administered 5 grams of spirulina daily to some of the radiation-exposed children for 45 consecutive days.

They were amazed to see these children show rapid improvements, compared to the children who did not receive spirulina, in the following ways:

The spirulina-treated children showed bone marrow, spinal fluid, blood cell and liver regeneration.
Dangerously low white blood cell counts of about 1,000 (typical of leukemia) rose to 3,000 in only 20 days.
Urine radioactivity levels decreased by 50 percent in 20 days.
According to Bodri, "Health restoration was reported even when radiation sickness was so advanced that the children's eyes were bulging out of their sockets." And the results occurred despite ongoing radiation exposure from contaminated food and water.

Based on the Minsk results, the Belarus Ministry of Health concluded that spirulina accelerates the evacuation of radionuclides from the human body, without adverse side effects. Spirulina was particularly efficient at deactivating radioactive caesium from their bodies.

It is thought that spirulina protects your body from radiation damage and helps it detoxify through a combination of the mechanisms outlined in the following table.

A great many more research studies about spirulina can be accessed here, demonstrating the wide array of spirulina's health benefits.

Assuming it's from a pristine source, spirulina can be a tremendous nutritional supplement for you, your children, and your pets, providing highly bioavailable iodine and a bonanza of super-nutrients. When purchasing spirulina make sure to look for the highest quality source.