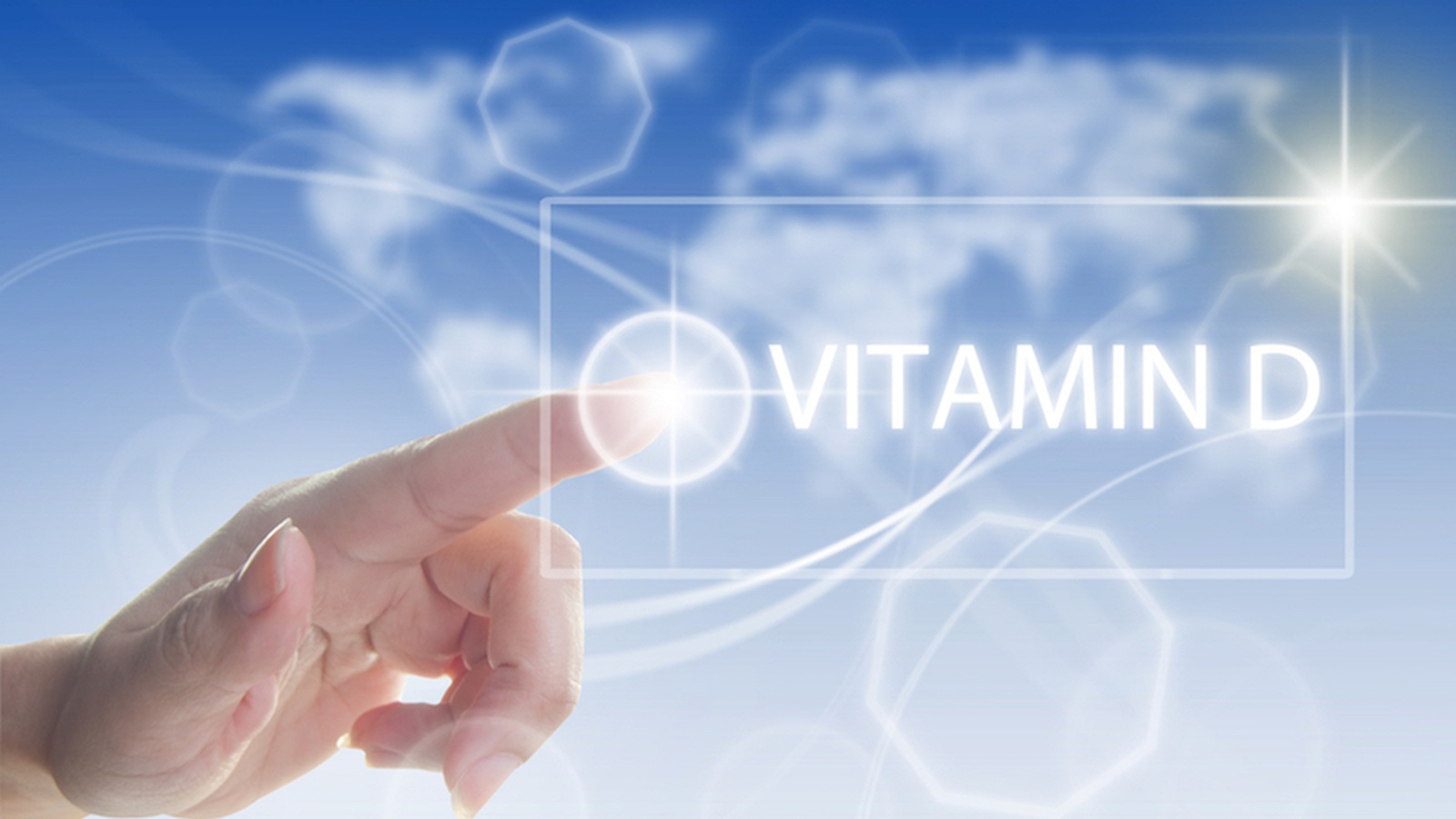 Did you know that one BILLION people worldwide are deficient in Vitamin D?

Closer to home in America, at least 50% of children under 12 years of age are either insufficient or deficient in this essential nutrient.

You could almost say that we have a pandemic of Vitamin D deficiency!

As we currently approach the darker months in the Northern Hemisphere, now is the perfect time to be aware of the signs, symptoms and risk factors for this common deficiency.

What is Vitamin D?

Vitamin D is one of the most complex and fascinating vitamins that our body needs. The ways that our body gets Vitamin D and subsequently metabolizes this substance are truly unique.

Once in its activated state, cholecalciferol doesn’t merely behave as a vitamin. In fact, it doubles as a steroid hormone, performing many functions throughout your body.

Vitamin D is found predominantly in animal-based products, including:

Why Is Vitamin D Important?

Vitamin D is probably most famous for its role in building strong bones. This important vitamin helps to regulate calcium and phosphorus in the blood; two essential minerals needed for maintaining a healthy bone mass.

In a severe scenario, lack of Vitamin D can cause a disease called rickets. This is a devastating disorder whereby the bone tissue fails to fully mineralize, leading to soft, bendy bones and abnormalities in the skeletal structure.

Most people in the Western world won’t develop a deficiency that is extreme enough to cause rickets, however, suboptimal Vitamin D levels can still affect our bone formation to a lesser degree.

Aside from the vital bone-building power of Vitamin D, recent research shows us that it also assists with a vast range of other functions within the human body, spanning cell growth, immunity, neuromuscular activities and reduced inflammation.

In a broad sense, chronic Vitamin D deficiency can increase your risk of numerous diseases, including:

As you can see, Vitamin D calls the shots for your health in many respects. To optimize your health and make sure you’re getting plenty, here are 13 signs, symptoms and risk factors for Vitamin D deficiency:

#1 It’s Winter And You Live In The Northern Latitudes

Many countries in the Northern hemisphere experience long periods of darkness during the winter months. This extended time deprived of sunlight can be enough to cause Vitamin D deficiency in some of us.

If you do live within such areas, it may be helpful to get your Vitamin D levels tested at the start and end of winter, so you can supplement accordingly, if needed.

Most of us would relate to that feeling of bone-deep weariness that follows a few days of heightened physical exertion, such as moving house or participating in a sporting competition.

However, if you feel achy in your joints and bones persistently, this can sometimes indicate a Vitamin D deficiency.

#3 You Have A Gastrointestinal Disease Or Issues With Absorption

Dietary Vitamin D has one gateway into your body; the gut.

Therefore, if your gut is inflamed, diseased or absorbing food inefficiently, this can compromise your Vitamin D status.

For anybody with Crohn’s disease, celiac disease or other inflammatory bowel disorders, it can be a good idea to routinely monitor your Vitamin D levels.

Notice that your reps have dropped a little in the gym or you’re not feeling as strong as usual for no apparent reason? It may be time to check your Vitamin D levels!

A subtle muscle malaise can be one of the many symptoms of Vitamin D deficiency. Given that Vitamin D is a hormone, it has receptors widely spread throughout the body - including your muscles.

In its metabolically active state, Vitamin D can enter muscle cells to support contraction of your muscle fibers. Aside from supporting muscle function, this aids in the prevention of falls as we age and helps us to carry out everyday physical activities.

When we visually perceive sunlight, receptors in our eyes trigger the brains to produce serotonin, which is often called the ‘happiness hormone’.

Serotonin levels increase when we see natural sunlight but drop off if we are spending our time indoors or in the dark.

A 2006 study highlighted that elderly patients with low Vitamin D were a whopping 11 times more likely to have depression than their peers who had acceptable levels.

As mentioned, most of our dietary sources of Vitamin D come from animal-based sources. Smaller amounts come from select vegan foods, but not at a high enough dose to be clinically significant.

If you’re currently following a vegan diet, it may be particularly helpful to monitor your Vitamin D levels and consider the non-food recommendations which are coming up soon!

#7 You Get Every Cold And Flu

Science shows us that even immune cells contain Vitamin D receptors, demonstrating that Vitamin D exerts some level of influence over our immunity.

One study found that Vitamin D3 supplementation of children during the winter months decreased the outbreaks of flu.

So if you’re getting sniffly more often than you’d like, it could be due to lack of Vitamin D!

#8 You Spend A Lot Of Time Indoors

As UV rays are the body’s primary source of Vitamin D, it stands to reason that anyone who doesn’t spend much time outside is at heightened risk of developing a deficiency.

People who are homebound due to mental or physical ailment, those of us who work in jobs that don’t allow natural sun exposure or anyone experiencing a long period of convalescence is therefore, more likely to be Vitamin D deficient.

Dr. Mercola also points out that "while laying on a glass patio or soaking up rays through a window may feel good on your skin, the warmth that comes through is deceiving because vitamin D-producing UVB rays cannot pass through glass. So you’ll get absolutely no boost to your vitamin D levels if the sunlight passes through a window before hitting your skin."

The skin must be directly exposed to sunlight in order to activate Vitamin D. Clothing, sunscreen and even glass will inhibit this natural process.

Furthermore, the hands, neck, face and shoulders are often recommended as zones to expose to the sun for short, brief periods to gain Vitamin D.

If you routinely wear clothing that covers your skin, it can be a wise idea to check your Vitamin D.

As mentioned earlier, Vitamin D is a fat soluble vitamin. This makes Vitamin D more ‘compatible’ with the fat cells in your body and as Vitamin D circulates around your bloodstream, fat cells can uptake Vitamin D, making less available for the rest of your body where it is needed.

This has led some experts to believe that people with greater body weight may have higher Vitamin D requirements.

#11 Your Skin Is Naturally Dark

A pigment called melanin is responsible for darkening the color of our skin. However, melanin also acts as a natural sunblock and impairs our skin’s production of Vitamin D with sunlight.

In fact, people with dark skin may need up to ten times more sun exposure to produce the same quantity of Vitamin D as people with fair skin. While this isn’t a recommendation for anybody with darker skin to sunbathe for ten times longer, it does highlight that there can be quite a big difference in terms of this endogenous production.

People over the age of 70 are able to make about one third less Vitamin D than their younger counterparts after sitting in the sun.

Indeed, even after 50 years the kidneys can become less proficient at metabolizing inactive Vitamin D into its active state.

#13 You Get The Forehead Sweats!

It sounds like an odd symptom but a sweaty forehead has often been used as a telltale sign that newborn babies aren’t getting enough Vitamin D.

However, this symptom still applies well into your adult years. So if you perspire frequently on your forehead without exertion, a hot environment or other explanatory factors, it could be time to check your Vitamin D!

According to WebMD, the most accurate way to measure how much vitamin D is in your body is the 25-hydroxy vitamin D blood test. A level of 20 nanograms/milliliter to 50 ng/mL is considered adequate for healthy people. A level less than 12 ng/mL indicates vitamin D deficiency.

How Much Vitamin D Do You Need Daily?

Age 1-70: 600 IU (international units)
Age 71 and older: 800 IU
Your doctor may recommend higher levels of vitamin D, especially if you aren't getting enough of them or are at risk for osteoporosis.

What To Do If You're Vitamin D Deficient

If you're deficient in Vitamin D, include more Vitamin D food sources in your diet from the food list above, and seek out some sunshine! A good quality supplement may also be required. Here are a handful of our favorite options if you need an extra boost:

How To Stay Safe In The Sun (And Still Get Your Vitamin D Fix!)

According to Dr. Mercola, "occasional sunlight exposure to your face and hands is not sufficient for vitamin D nutrition for most people. To optimize your levels, you need to expose large portions of your skin to the sun, and you may need to do it for more than a few minutes. Contrary to popular belief, the best time to be in the sun for vitamin D production is actually as near to solar noon as possible (you need to figure in Daylight Saving Time, which typically pushes solar noon to 1 p.m. for most).

This is because while UVA rays are quite constant during ALL hours of daylight, throughout the entire year, UVB are low in morning and evening and high at midday. So to use the sun to maximize your vitamin D production and minimize your risk of skin damage, the middle of the day (roughly between 10:00 a.m. and 2:00 p.m.) is the best and safest time. During this UVB-intense period you will likely need the shortest sun exposure time to produce the most vitamin D.

As far as the optimal length of exposure, you only need enough to have your skin turn the lightest shade of pink. This may only be a few minutes for those who have very pale skin.

Once you have reached this point your body will not make any additional vitamin D and any further exposure will only result in damage to your skin. Most people with fair skin will max out their vitamin D production in just 10-20 minutes, or, again, when their skin starts turning the lightest shade of pink."

Have You Checked Your Vitamin D Levels Lately?