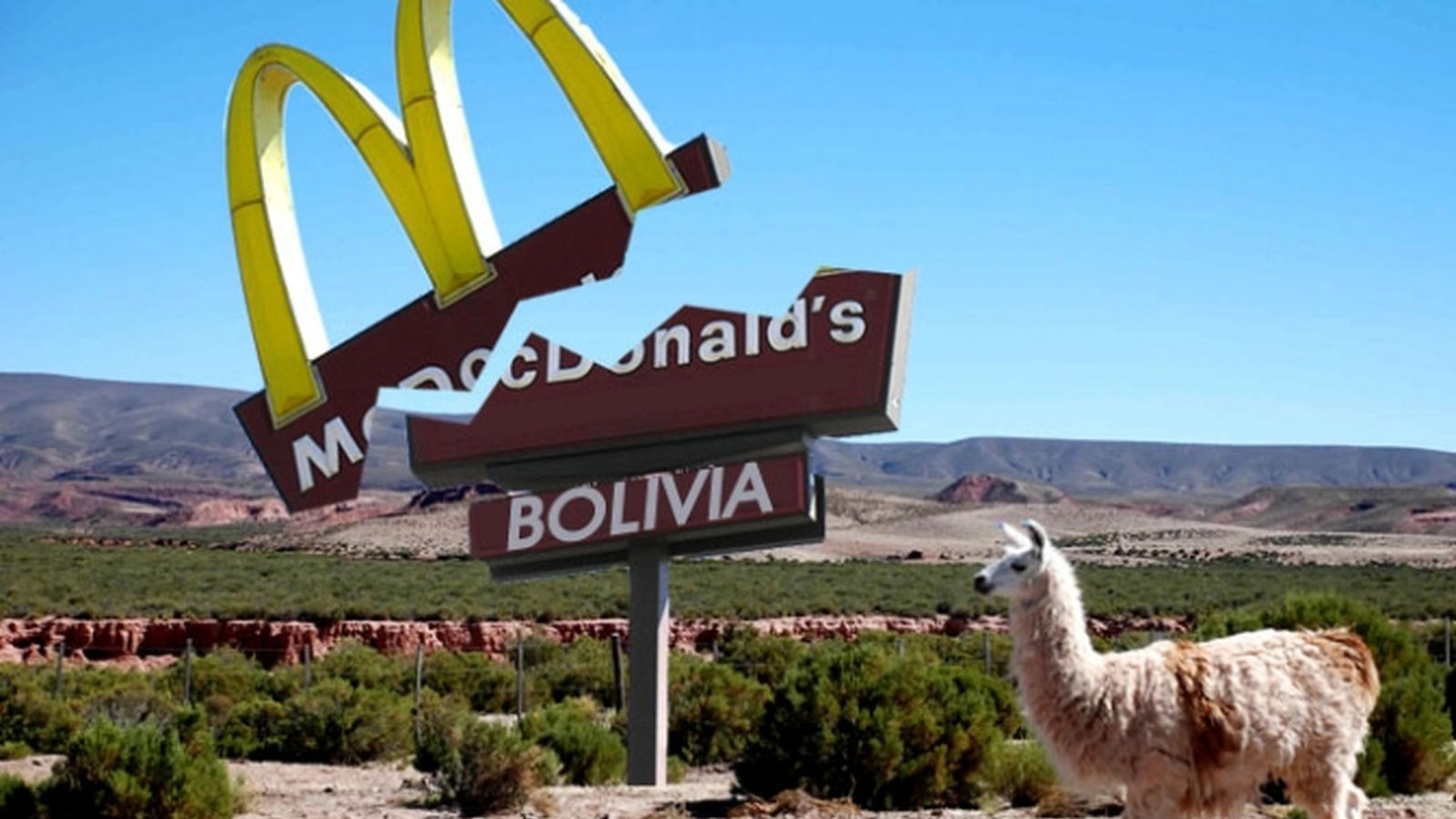 McDonald's happy image and its golden arches aren't the gateway to bliss in Bolivia. This South American country isn't falling for the barrage of advertising and fast food cooking methods that so easily engulf countries like the United States. Bolivians simply don't trust food prepared in such little time. The quick and easy, mass production method of fast food actually turns Bolivians off altogether. Sixty percent of Bolivians are an indigenous population who generally don't find it worth their health or money to step foot in a McDonald's. Despite its economically friendly fast food prices, McDonald's couldn't coax enough of the indigenous population of Bolivia to eat their BigMacs, McNuggets or McRibs.

One indigenous woman, Esther Choque, waiting for a bus to arrive outside a McDonald's restaurant, said, "The closest I ever came was one day when a rain shower fell and I climbed the steps to keep dry by the door. Then they came out and shooed me away. They said I was dirtying the place. Why would I care if McDonald's leaves [Bolivia]?"

Fast food chain remained for a decade, despite losses every year

The eight remaining McDonald's fast food shops that stuck it out in the Bolivian city's of La Paz, Cochabamba, and Santa Cruz de la Sierra, had reportedly operated on losses every year for a decade. The McDonald's franchise had been persistent over that time, flexing its franchise's deep pockets to continue business in Bolivia.

Any small business operating in the red for that long would have folded and left the area in less than half that time. Even as persistent as McDonald's was in gaining influence there, it couldn't continue operating in the red. After 14 years of presence in the country, their extensive network couldn't hold up the Bolivian chain. Store after store shut down as Bolivia rejected the McDonald's fast food agenda. Soon enough, they kissed the last McDonald's goodbye.

The McDonald's impact and its departure from Bolivia was so lasting and important, that marketing managers immediately filmed a documentary called, "Why McDonalds's went broke in Bolivia."

Featuring, cooks, nutritionist, historians, and educators, this documentary breaks down the disgusting reality of how McDonald's food is prepared and why Bolivians reject the whole fast food philosophy of eating.

The rejection isn't necessarily based on the taste or the type of food McDonald's prepared. The rejection of the fast food system stemmed from Bolivian's mindset of how meals are to be properly prepared. Bolivians more so respect their bodies, valuing the quality of what goes into their stomach. The time it takes for fast food to be prepared throws up a warning flag in their minds. Where other cultures see no risk, eating McDonald's every week; Bolivians feel that it just isn't worth the health risk. Bolivians seek well prepared, local meals, and want to know that their food was prepared the right way.

The McRib: 70 ingredients all restructured into one 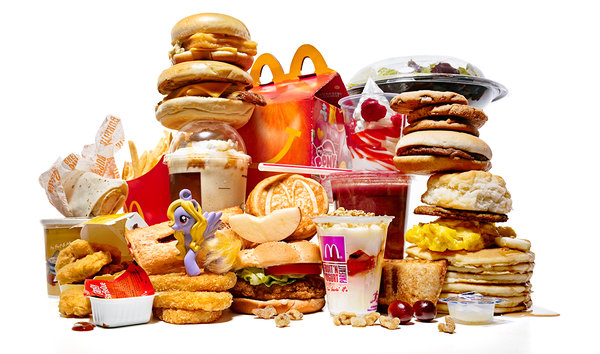 Did you know that the McRib is processed with 70 different ingredients which include azodicarbonamide, a flour-bleaching agent often used in producing foamed plastics? McRib's are basically "restructured meat technology" containing a mixture of tripe, heart, and scalded stomach. Proteins are extracted from this muscle mixture and they bind the pork trimmings together so they can be molded in a factory. The McRib is really just a molded blob of restructured meat, advertised and sold like fresh ribs. There's nothing real about it, the preparation or the substance. In fact, McRibs really came about because of a chicken shortage. The restructured meat technology approach kept the McRib on the menu, despite the shortage, and the profits continued rolling in.

This is the very disgusting idea that the Bolivians have rejected in their country.

The Bolivian rejection of McDonald's has set a proper example for the rest of the world to follow.

Do you think that all other countries should follow suit? What are your thoughts on the concept of "fast food"?