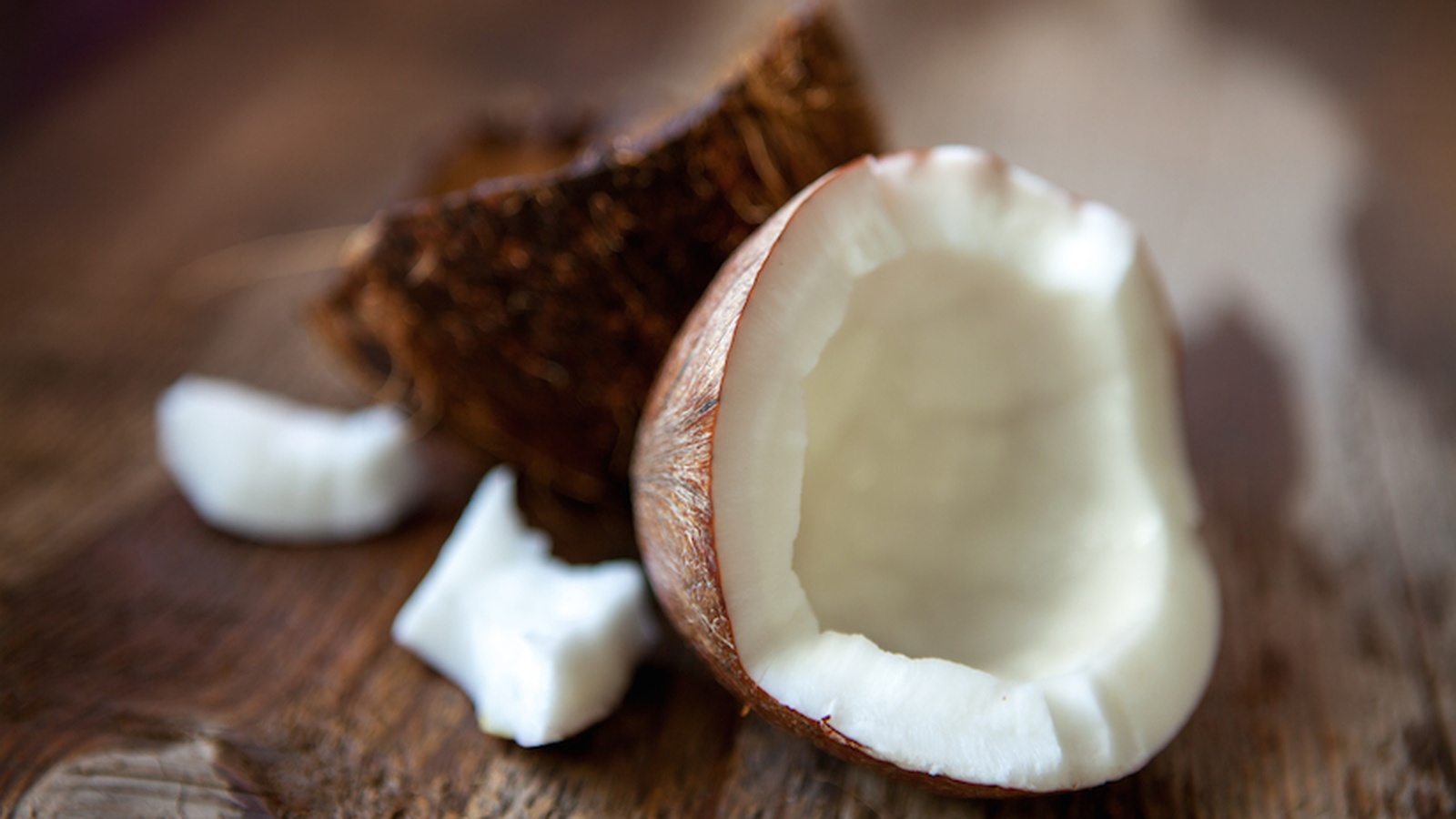 One morning last month, Vrajlal Parmar got up, washed and dressed himself, and at 10am boarded the council minibus to a nearby leisure centre. In the evening, the 67-year-old former production line worker from London took the bus home. Nothing remarkable there - except that nearly a year earlier Mr Parmar had been diagnosed as being in the late stages of Alzheimer’s.

He’d been given the standard pencil and paper test (called the Mini Mental State Examination) that doctors use to diagnose Alzheimer’s and measure how it’s progressing. A healthy person would score 30.  The letter Mr Parmar’s family got back from the Cognitive Disorders Clinic at University College London stated that he was ‘too severely affected to score anything at all’. Any drug treatment would be ineffective.

What has made the difference, according to son Kal Parmar, is a teaspoon of coconut oil twice a day mixed with his food, which Mr Parmar has been taking since July.

The idea that a common vegetable oil — made from coconut meat and which you can buy in supermarkets — could make a difference seems ludicrous, yet in the U.S. there have been hundreds of similar anecdotes of dramatic improvements.

Kal Parmar first heard about coconut oil via a video on YouTube — it was about a doctor in Florida whose husband’s Alzheimer’s had improved amazingly with coconut oil.
Kal says he would probably have dismissed this as one more bit of internet hype if there hadn’t been a favourable comment about the oil from Kieran Clarke, professor of physiological biochemistry at Oxford University and head of the Cardiac Metabolism Research Group.

Switching The Brain Back On 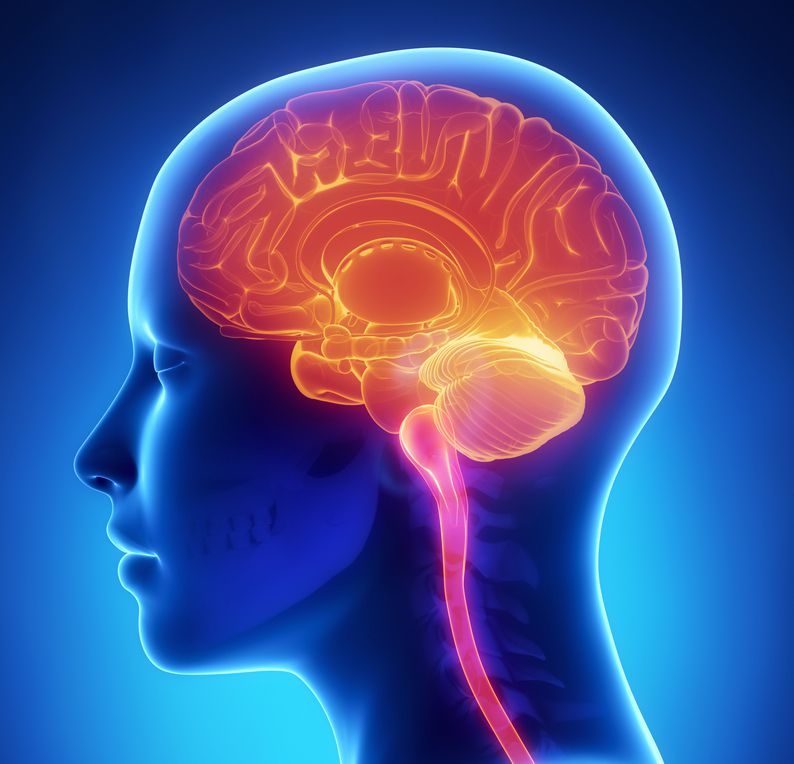 Professor Clarke, an expert on the way the body makes and uses energy, believes coconut oil and similar compounds might help by boosting the brain’s energy supply.

Most of the time our brains rely on glucose from carbohydrates, but if that isn’t available — because we haven’t eaten anything for a while or because we’re eating almost no carbohydrates — then our brain cells can switch to using the energy from our fat stores. This energy comes in the form of small molecules called ketones.

As Professor Clarke explains: ‘Coconut oil contains a lot of a particular sort of fat that our bodies can use to make more of the ketone “brain food”. 'It’s known as MCT (medium chain triglycerides) and it’s not found in the fats most of us eat.’

But why should ketones help people with Alzheimer’s? One of the new ideas about the disease is that it is diabetes of the brain.  Just as diabetics have problems with glucose and insulin, so Alzheimer’s sufferers can’t get enough glucose into brain cells to give them the energy they need to lay down new memories and think clearly.

If you have diabetes, you are three times more likely to develop Alzheimer’s.

As the New Scientist magazine revealed last September, there is evidence that the brains of Alzheimer’s sufferers become resistant to insulin. This is disastrous because insulin regulates the brain chemicals that are crucial for memory.
When one U.S. researcher blocked insulin supplies in the brains of laboratory animals, they developed all the plaques and tangles that are a classic mark of Alzheimer’s. 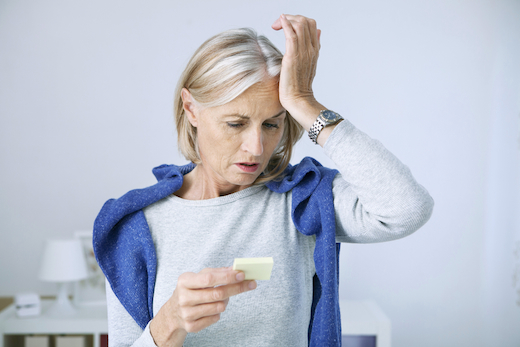 The doctor in Florida in the YouTube video is Dr Mary Newport, a paediatrician who began using coconut oil to treat her husband, Harry, four years ago.  He had been suffering from early onset Alzheimer’s for eight years. She claims the results after he started taking the oil were remarkable.  ‘He began to get his short-term memory back,’ says Dr Newport.

‘His depression lifted, he became more like his old self. The problem he’d had with walking improved. An MRI scan showed his brain had stopped shrinking.’

So what prompted her to use the oil in the first place?

‘Some years ago, I came across a small study suggesting that Alzheimer’s patients had a problem using glucose in the brain and that ketones could be an alternative source of fuel. The study suggested a patented drink that boosted ketone levels improved memory and thinking skills in patients with mild to moderate Alzheimer’s.’

A follow-up paper on this was published in the journal BMC Neuroscience in 2008. Dr Newport found out the patented drink contained MCT oil extracted from coconuts. ‘The patented product still wasn’t on the market, so I thought it would be worth trying coconut oil itself,’ she says.

Her accounts of Harry’s improvement, illustrated with videos on YouTube, prompted hundreds of people to share their positive experience of the oil.

One carer of a man with dementia reported: ‘His ability to speak and recall words is better, but not his ability to make good decisions.’
The carer of another man who’d had dementia for ten years said: ‘His reaction to the oil was very gradual, but his mood is so much better.’

Dr Newport recently added MCT oil to her husband’s regime because the combination gives a more steady supply of ketones, she says.  While MCT supplies more ketones, most are gone from the body in three hours. Coconut oil provides fewer ketones, but they last up to eight hours.

Let us be clear, coconut oil doesn’t appear to be a cure. Furthermore, none of these accounts prove anything scientifically.They are just anecdotes and until there is a proper controlled trial against a placebo, few medical professionals will feel the case for coconut oil has been made. 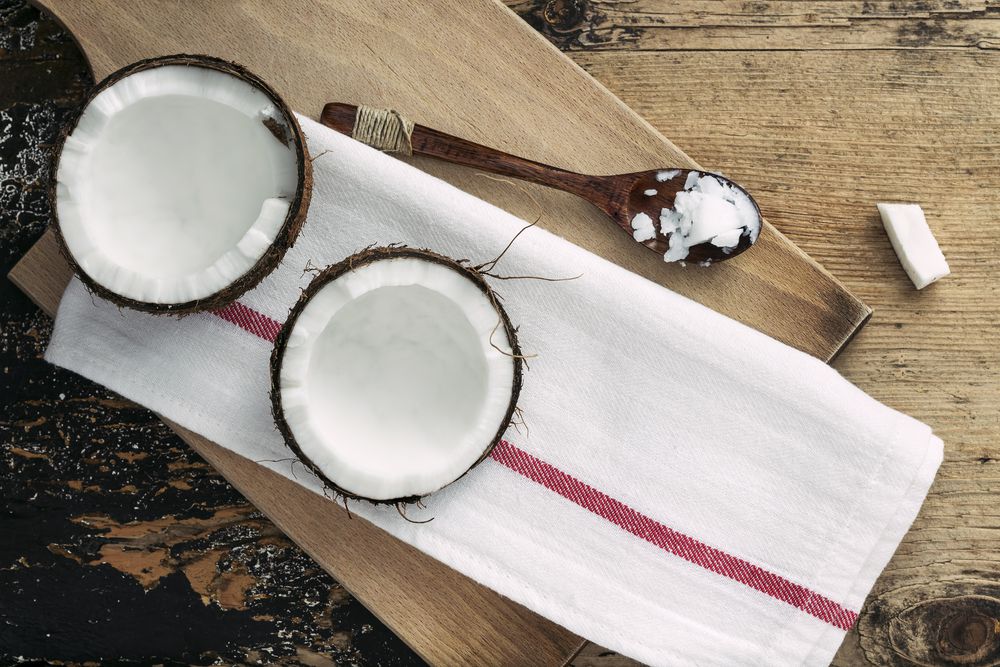 These stories, however, do suggest pure coconut oil - and the MCT oil that can be extracted from it,  is worth investigating.

Currently, the only type of drug available for Alzheimer’s patients, known as a cholinesterase inhibitor, works by boosting the amount of a brain chemical they are lacking.
It slows memory decline in about a third of patients for between six months and a year.

Last year, the NHS spent more than £70 million on the most widely used brand, Aricept. Its potential side-effects include nausea, diarrhoea and slow heart rhythms, which can lead to fainting.

Hundreds of millions of pounds have been spent trying to develop drugs to clear the plaques of damaged protein in the brain that are the classic sign of Alzheimer’s, but all have failed to get a licence.

So could tackling the energy supply to the brain be another option?

One expert who thinks it’s worth investigating is Professor Rudy Tanzi, director of the Genetics and Ageing Research Unit at Massachusetts General Hospital and professor of neurology at Harvard Medical School. In a recent article for the Cure Alzheimer’s Fund, he explained why coconut oil might work.

‘Virgin coconut oil contains the fats that can be converted into ketone bodies, which can serve as an alternate energy source for the brain. 'The ketone bodies could potentially provide energy to  the glucose-deprived brains of Alzheimer’s patients.’

Are There Any Drawbacks?

‘The fats (found in coconut oil) can be potentially harmful to the heart, so it would be wise to regularly monitor cholesterol and triglyceride levels if you are taking it.’

As well as coconut oil there is MCT oil, which can be bought over the counter and has been used by some athletes for years (ketones also power muscles), and the patented food supplement drink that triggered Dr Newport’s original experiment.

The more expensive patented supplement is called Axona, and has a licence from the U.S. Food and Drug Administration for use as a medical food for patients with mild to moderate Alzheimer’s who are taking a drug such as Aricept.

‘The attraction of Axona for doctors is that it provides a well-studied, pure and concentrated dose of the ketone-producing properties found in coconut oil, while eliminating the multitude of triglyceride-elevating components it can contain,’ says Dr Richard S. Isaacson, associate professor of clinical neurology at the University of Miami Miller School of Medicine.

‘The ketone-boosting approach to Alzheimer’s seems to work in about half the patients. I’d recommend coconut oil as well if there was some good trial evidence for it.’

This evidence could soon be coming from the first coconut trial now being set up by Dave Morgan, professor of molecular pharmacology and physiology and head of the USF Health Byrd Alzheimer’s Institute in Florida.

‘I was very impressed by the anecdotal evidence gathered by Dr Newport,’ he says. ‘Patients want to know if it works and who is going to benefit, but our physicians have no scientific basis to advise them.

‘It will be a placebo-controlled trial on patients with mild to moderate Alzheimer’s. I don’t expect it to slow the progression of the disease, but it does seem to improve some of the symptoms.’

What About The Scientific Proof?

Here in the UK most experts are, perhaps understandably, sceptical of the coconut oil claims.
‘There is a huge placebo response in Alzheimer’s,’ warns Professor Robert Howard, professor of old age psychiatry and psychopathology at the South London and Maudsley NHS Foundation Trust.

‘It’s a remitting and relapsing disease, so there are often times when things seem to be getting better. It is important to protect patients from false hope and not expose them to quackery. I’m not sure there is a problem with glucose getting into brain cells but if I were to follow that line I think an existing diabetes drug like metformin would be a better bet than coconut oil. If people believe coconut oil improves symptoms it probably won’t do any harm.’

However, in some people large amounts can cause diarrhoea.

The Alzheimer’s Society, which has just had its research funding boosted by the Government, says while it ‘wouldn’t discourage anyone from taking it . . .  there is not enough evidence to suggest that coconut oil or ketones have benefits for people with Alzheimer’s, so we would not consider funding research into it’.

However, David Smith, professor of pharmacology at the Physiology Institute at Oxford University and director of Optima (Oxford Project to Investigate Memory and Ageing), insists this  is a mistake. ‘We have no way of knowing if coconut oil is truly effective, but given the scale of the Alzheimer’s crisis facing us, and that there’s a rational mechanism for why it could work, it’s obviously crying out for a proper trial.’

When Kal Parmar talked to a local newspaper about his father’s improvement, he received more than 150 emails asking for help. So far about a dozen people in the UK have come back to him saying they had someone in their family on coconut oil, in some cases with impressive results following Dr Newport’s reports. Recently, following Dr Newport’s example, Kal has added a  teaspoon of MCT oil twice a day to his father’s regimen.

Need to stock up on coconut oil? Check out our favorite brand here.