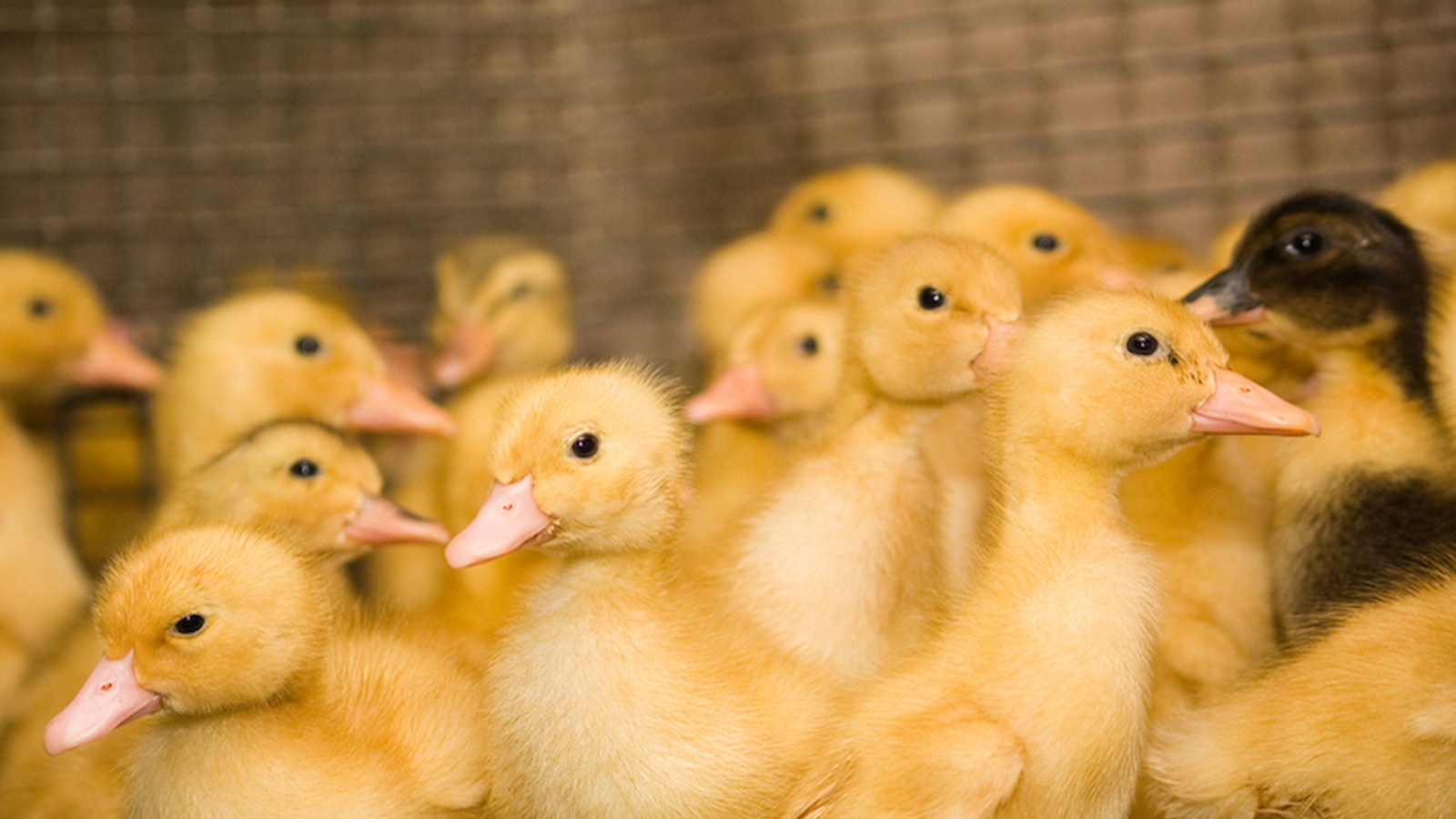 We know that ducks need water to swim, a fundamental part of their life… But did you know that farmed ducks are deprived of water for their mere 7 weeks they are alive before they are slaughtered?

Animals Australia researched this and here’s what was found…

“Ducks NEED water. In nature, a duck spends much of her life on the water and therefore has naturally weak leg joints. In farms, with no water to swim or bathe in, ducks are forced to use their legs to carry their weight every day for 7 weeks — when they will be sent to slaughter.

Water deprivation increases the risk of lameness, broken bones, dislocations, infection, and disease for a duck on a farm. Wherever factory farming exists, animals suffer. The choices you make can help end this.”

Further to being deprived of their one fundamental part of life, it has been found by Animal Rights Activists that the sheds are not cleaned for the entire 7-week cycle, making disease and fatalities common, and causing burns on the ducks’ feet. In one scene, the floor of one of the barns is virtually alive with maggots and insects, with corpses of ducklings and adult ducks filmed throughout the facilities.

This shocking footage below emerged from Animal Liberation NSW showing day-old ducklings being dropped into an industrial shredder, adult ducks being kicked and thrown around a barn by workers, and ducks that should have been stunned before slaughter hanging by their feet on a conveyor belt while they bleed to death after having their throats slit.

There is no requirement in Australia for ducks to have access to open water, “RSPCA Australia recommends that ducks are given access to water facilities to carry out their natural water-related behaviors.”

Stand up for animal cruelty with us and sign this petition.