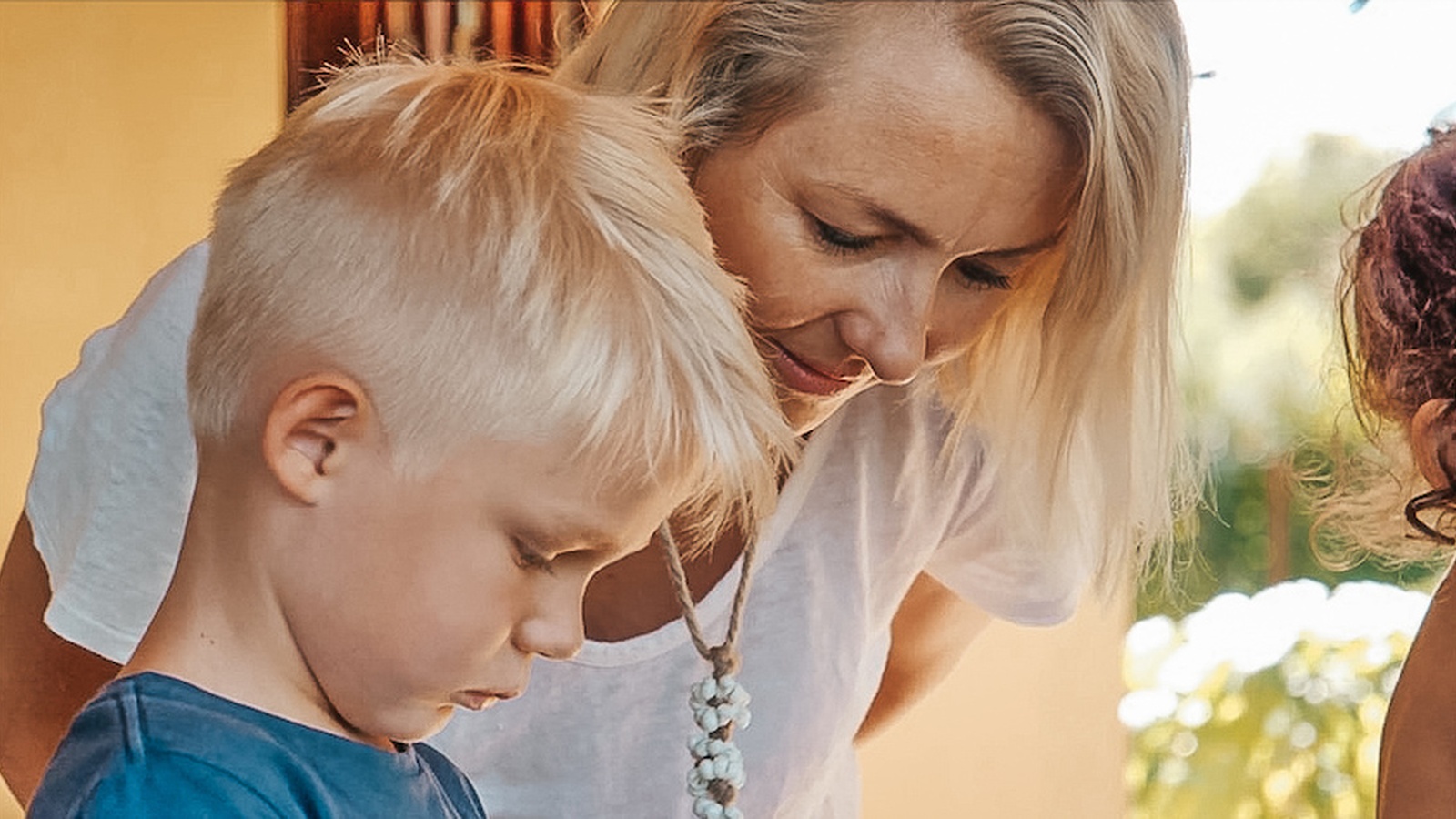 How We Are Breaking Mainstream Parenting Rules

Long before I was pregnant with my first child, a really close girlfriend of mine took me to a seminar called Parenting for a Peaceful World, which offered an in-depth look at how our parenting styles throughout history and cultures have shaped our society as we know it. In this talk, Australian psychotherapist Robin Grille explained how children are influenced by parental language, and how safeguarding their emotional development is the key to creating more emotionally balanced humans in adulthood. This was an awakening moment for me, which in turn subconsciously shaped the mother I would become long before I even considered embarking on the journey of motherhood.

So when our first child Hugo was born, I had already decided I wanted to be a 'peaceful parent' and create a more awakened family. This concept worked well when he was still a baby and I was somewhat in control of his actions. I could keep him close to soothe him, co-sleep to settle him throughout the night and nurture him in a calm and gentle way. But as he grew up to became a toddler he started to push the boundaries, find his voice, and develop a strong opinion on almost everything.

It was at this point I found it a lot harder to be a ‘peaceful parent,’ and I often turned to my friends, family, and the internet for help. When he didn’t want to tidy up his toys before bed I was advised to use threats, counting to three methods, and punishment. When he would get upset and have a meltdown, I was told time outs were the thing to do. When he refused to fall asleep without someone in the room with him, I was recommended to try the ‘Cry It Out’ method. All of these ideas were intended to make Hugo do what I wanted to fit in with my schedule, so I could complete my own to-do list... I had a feeling I was going against my innate intuition as a mother and it simply was not going to work for us. It was at this moment that I knew I had to desperately find a parenting style that I would resonate with, to foster a more loving and nurturing environment for Hugo.

Until one day, our Montessori school teacher told me about an approach called “conscious parenting” that they had adopted at the school, and I was intrigued. The most popular voice of this school of thought is Shefali Tsabary, known as “Dr. Shefali,” a New York-based clinical psychologist, author and international speaker. Oprah is quoted on the cover of Dr. Shefali’s The Awakened Family as saying “She is so evolved that her ideas are really a paradigm shift that can change the world!” I was an instant fan and read all the books she had written on the topic with my favorite being: Out of Control: Why Discipline Doesn’t Work and What Does.

One simple example of how we enact conscious parenting in our family is when it comes to resolving disputes or when Hugo or Rangi are being disrespectful or misbehaving. Firstly we ask ourselves, is the behavior really that bad or are we just personally offended? If it is genuinely harmful to them or others, we are then careful not to reprimand them in public in front of their friends or other adults. Belittling a child publically is breaking the bond of connection and putting them down. We work to take him to a familiar place (such as their room) and then communicate to them in a Non-Violent Communication way (NVC), which goes something like this. “I noticed that when everyone was helping out after dinner clearing the table and washing up, and we asked you to help out, you decided to go and play on your iPad, this made ME (use me / I messaging not blame when referring to your feelings) feel like you didn’t really enjoy the meal or respect the effort that went into making it.” Then you stop and let them join the dots and come up with their own response. If need be, simply repeat the statement again. But without judgment, without raising your voice or losing your temper. It’s not always easy, but it’s proven to be an amazing process for us if you can stick with it. And our kids are still our best friends, which is amazing! 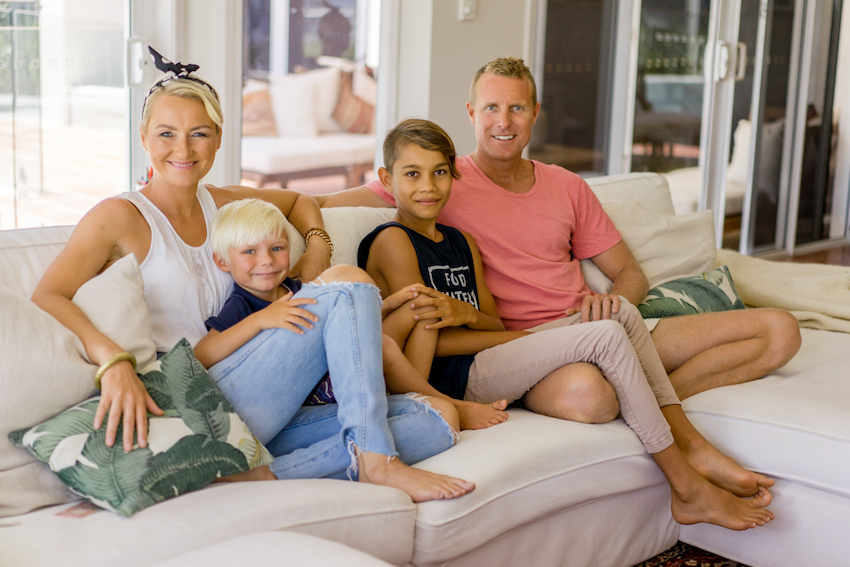 In essence, it’s all about looking at your child and seeing them as a whole from the moment they are born. They have come to this earth as a “whole being” right?. They are not helpless, but are a divine human from God, with a message for what their purpose is. Conscious parenting is about doing everything in your power to let your child’s unique gifts and purpose shine through.

I also have this innate belief that my children intuitively know what is safe and what is too dangerous for them to take on. From an early age, I’ve let Hugo manage his own risk. When he was still in my arms I was always talking to him about we saw together and explaining about the world, the nature around us, how we live, and why we do what we do, but it was a mutual agreement that if he wanted to show me about the world, I would listen and allow him to explore through nature, experimenting, and through making his own discoveries. I never made him feel wrong for doing that and as he got older I would reassure him and say ”I trust you are making the right decisions”. 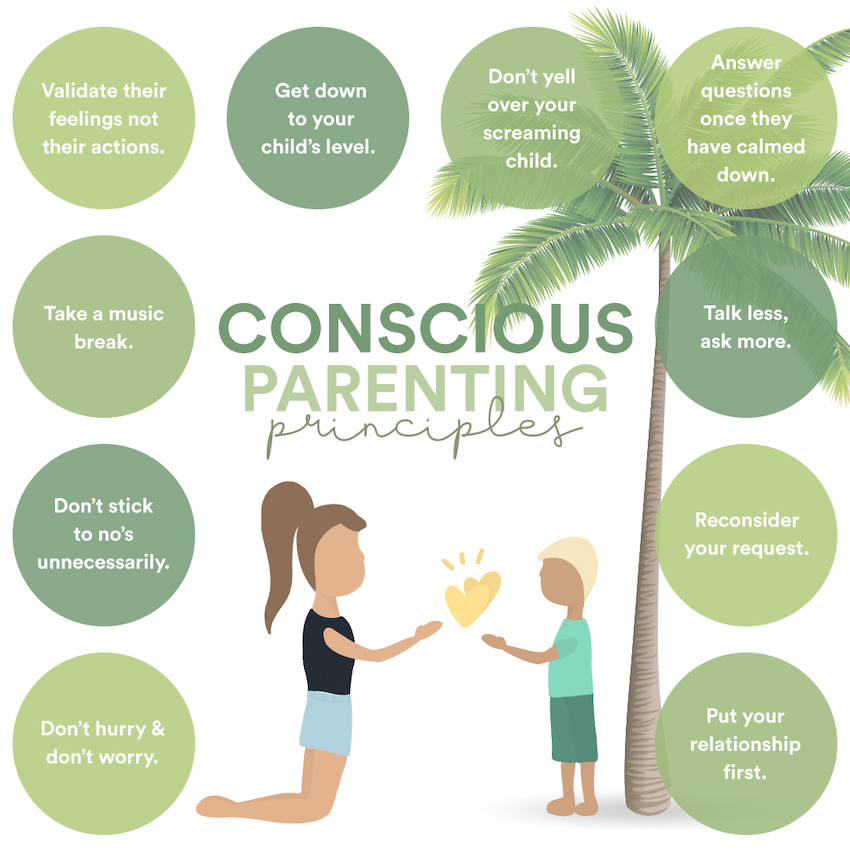 My motherly instincts will of course kick in when I see my kids struggle with something like riding a bike, but they each know that when they struggle, they are learning. I know they will eventually figure it out. They may fall over but it teaches them what they have to do in order to not fall over next time. And this is one of the best things I can do for my children, despite how much I want to jump in and help them.

It is our job as conscious parents to hold ourselves back from wanting to do everything for our children so they are empowered to do it for themselves, and can trust their own intuition and capabilities. Kids really do want to be independent, and if you put the responsibility on them from an early age, they’ll think, “Mom said I know what to do, I can do this”. They have that inherent belief in themselves and a sense of confidence.

As James and I have been filming for Transcendence II (which will be released on Gaia later this year!) I’ve been delving into the incredible body of work by Arti Wu from www.presidelife.com who helps people recover from the trauma of abusive parents. Arti Wu believes that when we delve deeper into our emotional lives as adults, that almost everyone has two core wounds; fear of abandonment, and a fear of not being good enough. If we’re not careful, these can be triggered as early as childhood begins. So if we as parents can at least be aware of this for our children, these wounds may not even begin to develop. By practicing the art of conscious parenting, we are setting our children up to not have to deal with this hurt later on in life. The deepest wounds experienced in childhood will be reflected throughout adulthood, in the form of depression, failure to thrive, soothing through addictions, limiting beliefs or not being able to sustain fulfilling relationships.

These ideas of abandonment can begin as early as birth, with something as small as the nurse in the hospital taking your baby away moments after they are born. This may be a routine check-up or medical procedure, but the baby does not understand this. Worthlessness may be triggered by something as seemingly meaningless as having a heated argument in front of a newborn or toddler because there’s a perception of the baby not understanding what’s going on. I am not saying that arguments don’t happen and that sometimes arguing is a healthy relationship tool for conflict resolution, but being mindful of these early childhood wounds and their effects later in life is always a good idea.

So often as new mothers, we doubt ourselves. We believe that everyone around us knows what they’re doing, and we don’t listen to our own instincts because “everyone with the advice must know better.” When our first baby is born in a hospital, nurses and midwives are giving conflicting opinions about what we “should” be doing, our parents are giving advice because they’ve done it before, and we look at mothers who seem to have it all together on the outside but little do we know that they too, can be struggling behind closed doors. Yet like our children, we intuitively know what is right and what is wrong, and it’s our job as conscious parents to embody this intuition, and find what works for us, even if it doesn’t align with everyone else… That's the beautiful part that makes us all unique in this journey of life!