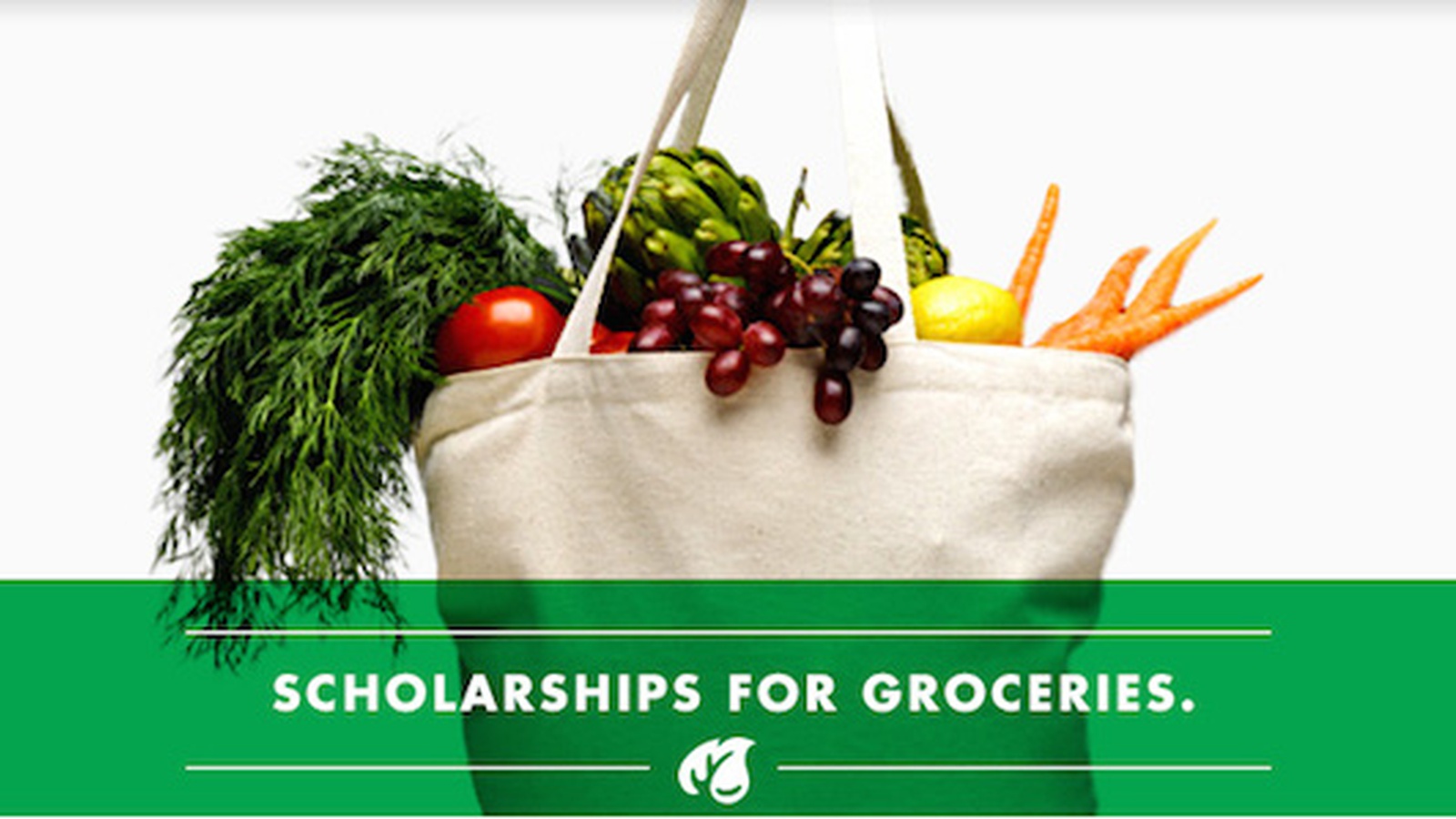 Read How One Man Is Changing Hunger in America

Who would have thought that watching a health documentary could be the catalyst that ignited Sam Polk and his wife Kirsten, to challenge hunger in America and found the non-profit organization Groceryships.

What started out as a personal discovery of how to change their own lives, has flourished to become a whirl-wind journey to take on poverty and obesity in America.

Sam and his support team are revolutionizing the government food system by offering “groceryships” (think a scholarship, but for food) to families that are in need. The idea is to not only provide the families with food on the table, but to make that food healthy. They’ll teach the family skills on how to eat more natural foods, and offer nutrition education, healthy-cooking classes, on-call nutritionists and appliances. They’re also creating a community environment where families will have a support network around them to support and empower them.

Groceryships is still in its early stages with the pilot program half way through. We can’t wait to hear how it goes and what’s next for this inspiring organization!

Below is an interview I recently did with Sam, Founder & Executive Director, of Groceryships. I hope Sam and Kirsten's thought-provoking story inspires you!

James: What was the catalyst behind Groceryships and why you knew you needed to create this organization?

Sam: I come from a family of obesity. Both my parents are overweight, and were tortured by it for much of their lives. Two members of my family have received bariatric surgery. And I was a super heavy kid growing up, and I've struggled with food and weight much of my life. I knew how painful it was, and when I learned that the childhood obesity rates in much of Los Angeles are above 30%, I knew there were a lot of unhappy kids out there.

As an adult, I'd come to learn about the structure of the food system--the misleading labels, the cheapness and addictiveness of processed food, and the prevalence of food marketing. I'd also realized that the food system disproportionately impacts low-income families, who often don't have enough money to purchase healthy food, and also live in neighborhoods where there is very little available. In my mind, everyone in the world is equally valuable--but our system doesn't reflect that. So I wanted to create an organization that worked with people that were struggling, to help bring them back to health using food.

James: How did watching health documentaries change yours and Kirsten’s lives?

Sam: There were two documentaries that literally changed our lives. First, we watched Forks Over Knives which is about plant-based eating. My wife, a doctor who has high cholesterol and has been on Lipitor her whole life, burst into tears when she watched someone go completely off medication after eating mostly plants and whole foods. So after that, we cut way back on meat and started eating a ton of vegetables, and Kirsten's cholesterol was cut in half!

But the second documentary impacted us even more. It was called A Place At The Table, and was about how, in the richest country in the world, millions of children don't know where their next meal is coming from. Think about that--how is that possible? Isn't making sure children don't go hungry a priority for all of us? And A Place At The Table helped me understand the deep correlation between poverty and obesity--not only can low-income folks often not afford healthy food, but there are emotional factors as well, the stress and depression from struggling to make ends meet and living in a stressful environment.

After watching both of those movies, I turned to my wife and said "let's do something about this," and that's how Groceryships was born...

James: What are your top 3 favorite health documentaries of all time?

Sam: Hungry For Change, A Place At The Table, Food Inc

James: Kirsten is a doctor (surgeon turned psychiatrist) how has this new way of living and eating affected her beliefs of healing?

Sam: Kirsten received a grand total of 30 minutes of nutrition education in medical school. So she's come to believe that food can be as impactful as medicine, and believe in preventative care as opposed to treating symptoms.

However, she's a psychiatrist, and she understands the emotional and family issues that often go into obesity. It's not just about the food system. Health is not just physical, but also mental, emotional and spiritual. It's partly due to Kirsten's influence that nutrition education is just a fraction of the Groceryships program. Much of our program is structured as a support group, where families talk about their struggles and challenges and experience, not just about food, but in their whole lives. It's a very holistic approach, where everyone is treated equally, and no one is given advice. Rather, we create a safe space for people to work on their health together.

James: In your ideal world, what would the food system look like for the US?

Sam: Here's how I think about it. Growing up, I was taught there was one factor when selecting food: taste. Well, what tastes best to me are donuts. As I've built out the Groceryships program, I've realized that there needs to be several other factors in addition to taste, including:

What I'd like to see are restaurants and grocery stores that really reflect this. Restaurants where you can go, and trust that the people preparing your food have your health in mind (I believe Real Food Daily in Los Angeles does this). So too with processed food. Sure, maybe there's a place for milkshakes in the world, but for every vanilla milkshake, I'd like to see someone selling a fruit/vegetable shake. And please, stop marketing junk food to our kids, and putting Coca-Cola signs in schools. That's just unfair.

You know, what I ate in the cafeteria growing up was--pizza, hamburgers, cookies, cake...it was like I was being trained to be a fast food consumer. How about we train kids to be salad consumers. They can still buy pizza as an adult--fine. But at least they understand that the norm is health. And wouldn't it be nice, as a kid, to realize that the system is structured to promote your health, instead of increasing the profits of food company executives...

What Would You Like To See Changed In America's Food System?