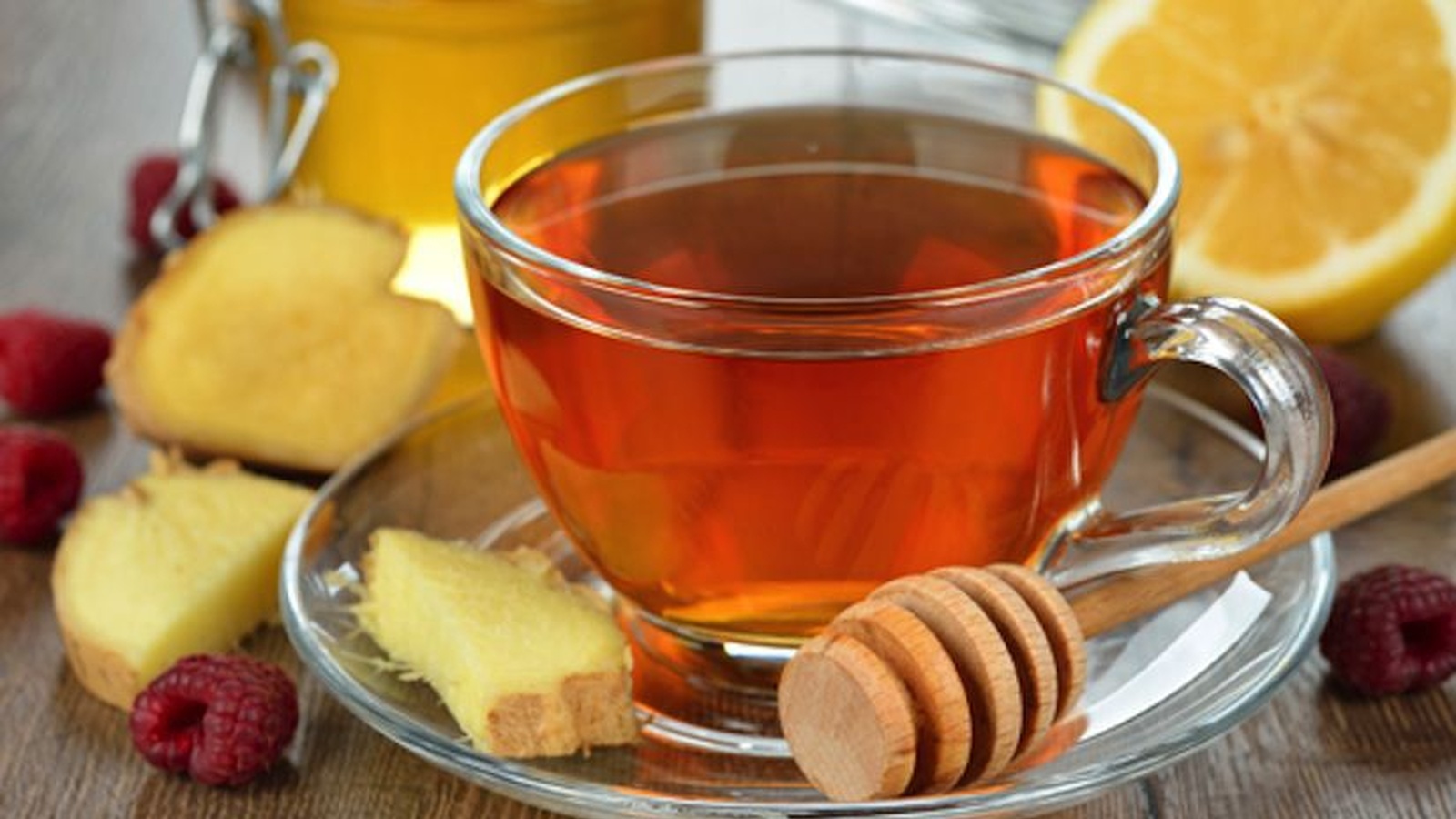 Tea: Medicine In A Cup

Modern society has one big reason to thank Emperor Shen Nung, who ruled over China 5000 years ago.

Being a stickler for hygiene, the great leader ordered that all water in the palace be boiled. When his men were boiling water one day, leaves from a nearby bush fell into the water - and just like that, the first cup of tea had been brewed.

Today, tea is the second-most consumed beverage in the world after water, with literally thousands of blends in existence.

But while many of us have tried the humble black tea, the antioxidant-rich green tea, and perhaps some delicate herbal varieties, we may not be aware of the sheer range of tea available and what each individual brew can do for our health and well-being.

"Teas are a wonderful way to integrate your mind-body medicine," says Meaghan Grace, co-founder of Functional Beverage Company, a manufacturer of organic teas and tisanes in Victoria's Yarra Valley.

"You start to think about your feelings and you start to become more intuitive about what is at the back of your physical or mental ailment, and you can then be guided towards these beautiful herbs and self-remedy.

"Herbs are really affordable so you can start with pre-made tea blends or you can go to the organic store or health store and buy a little bit of camomile and peppermint," she says.

Herbs should be brewed in boiling water so all the nutrients are extracted, unlike leaf tea (black, green, white and oolong tea), which should be steeped in water that is off the boil, since boiling water can bruise the tea leaves.

Here is our expert's guide to the varying health benefits of tea and herbal infusions, but as Grace says, don't drink them like a medicine.

"They're there to be enjoyed, and half the therapy is in choosing and brewing the tea and taking five minutes to sit down and drink it."

Black, green, white and oolong teas are all high in antioxidants, which makes them all beneficial for general health and wellbeing, says Sarita Merlo, naturopath, herbalist and founder of Byron Bay Tea Company. When it comes to detoxifying herbal infusions, she suggests calendula, roasted dandelion, chicory root and nettle.
Dandelion and nettle have a diuretic effect, which helps the liver to flush out our body's toxins, reduces fluid retention and aids digestion.

Many scientific studies have shown green tea can assist in weight loss, partly because of its caffeine content but also because of its antioxidants, which have a thermogenic effect, says Grace. "This means it increases the metabolic rate, which means you go on to burn stored fat."
Merlo pushes oolong tea for those wanting to shed some kilos. "It increases fat burning and helps fat absorption at mealtimes," she says. "Oolong tea is renowned in Asia for that."

"Peppermint is pretty key here as it reduces bloating and flatulence and will help with indigestion," says Merlo. "Fennel seeds are also beneficial. They increase the secretion of digestive enzymes and can help with digestion that way. And if there's any pain or cramping, herbs like lemonbalm can help relax the muscles around the bowel."
Camomile and dandelion are also worth a try, adds Grace.

Grace hails the healing properties of rooibos, or redbush, which is her personal favourite and a tea that she considers superior even to the "super" green tea. "Rooibos is a fantastic herb. It's up there with green tea with its antioxidants but it's also high in minerals and there's no caffeine ... It's also a broad anti-inflammatory because of its high vitamin, mineral and antioxidant content."

A boost in the morning

Grace says we should take a tip from the South Americans and try yerva mate (also known as yerba mate), a herb used for centuries in countries like Uruguay, Argentina and Paraguay as a pick-me-up. The leaves are simply steeped in hot water to make a tea known as mate - pronounced "ma-tay".
"Yerva mate contains a compound called mateine, which has a similar affect to caffeine but works on slightly different pathways," says Grace. "It stimulates the muscle tissue and you get a more sustained release - you don't get the peaks and troughs that you would with a coffee."
She also suggests lemonbalm, "which is fantastic for the nervous system", and liquorice root, "which promotes sustained energy release".
Merlo recommends Siberian ginseng to boost memory, concentration and energy generally.

Passionflower is an anti-anxiety herb, which is good for beating stress, says Merlo. It's not easy to get in its dried form, so she recommends buying it in a tea blend.
If you want a homemade stress buster, she recommends camomile tea, which is more readily available. Limeflower is also known for easing nervous tension, as is lemonbalm.
Grace recommends a mix of camomile and linden, which she describes as "incredibly calming".
"Camomile is relaxing and gently loosening so it's very good for people who get a tense stomach when they're stressed or lose their appetite," she says. "And linden has been referred throughout the ages for nervous tension, mild anxiety and may aid with sleeplessness."
Lavender is another good option before bedtime.

Echinacea is key in immunity-boosting since it increases white blood cell levels, so that helps fight infection, says Merlo. She also touts the benefits of lemon myrtle. "It's an Australian native that grows readily here and has antibiotic properties, so it's anti-bacterial and anti-fungal. It's really quite amazing.
"You can also look at other ingredients like elderberries and rosehip, which are high in vitamin C and can help fight infection."

"Lemongrass and ginger are fantastic," says Grace. "Some people just grate the fresh ginger but if you really like that zing that comes from ginger, you'll get more from the dried herb."
Merlo recommends brewing up a chai on those cold, winter days. "It's black tea based and you can add all those spices to it, which warms your system and supports digestion," she says. (see recipe below)

A cool-off in summer

Peppermint is the most obvious cooling tea, but any tea can be drunk hot or cold, says Grace.
She recommends lemongrass and ginger mixed with apple juice. "To make a healthy ice tea, make a pot of tea and steep your herb for five minutes then strain and add your mixer - apple juice is a really good one. In a normal glass, use 150ml of mixer to 50ml of the tea once it's been brewed. Then add ice."

Horsetail is very high in silica, a mineral which is the base for promoting healthy hair, skin and nails, says Grace. For skin, she also recommends rooibos - "also known as a complexion tea" - and detox herbs.
Merlo praises gotu kola, a popular anti-ageing herb in Asia. "Gotu kola can increase circulation to the head and skin so helps the skin regenerate cells," she says, adding that it's not easy to find in its pure form so is best sourced in a tea blend.
Nettle is also high in silica and other minerals, and chlorophyll is great with cleansing the blood, she adds.

Raspberry leaf tea is well-known as a uterine tonic among mothers-to-be. "It softens the uterus and prepares for labor so it's good in the last trimester - along with anything that relaxes you and aids in sleep," says Grace.

Rooibos tea is the perfect tea for new mums, says Grace. "It's relaxing, it's high in minerals, it's got no caffeine. In South Africa where it's grown, they actually give it to babies for colic."
If the milk supply is not good, Grace recommends aniseed, fennel seeds and caraway seeds to boost lactation. While you can make the infusions at home using what you have on your spice rack, they would first need to be crushed with a mortar and pestle so the nutrients are extracted and even then, you may not get the full flavour, says Grace. She suggests opting for one of the many good tea blends on the market that are specially designed for breastfeeding mothers.