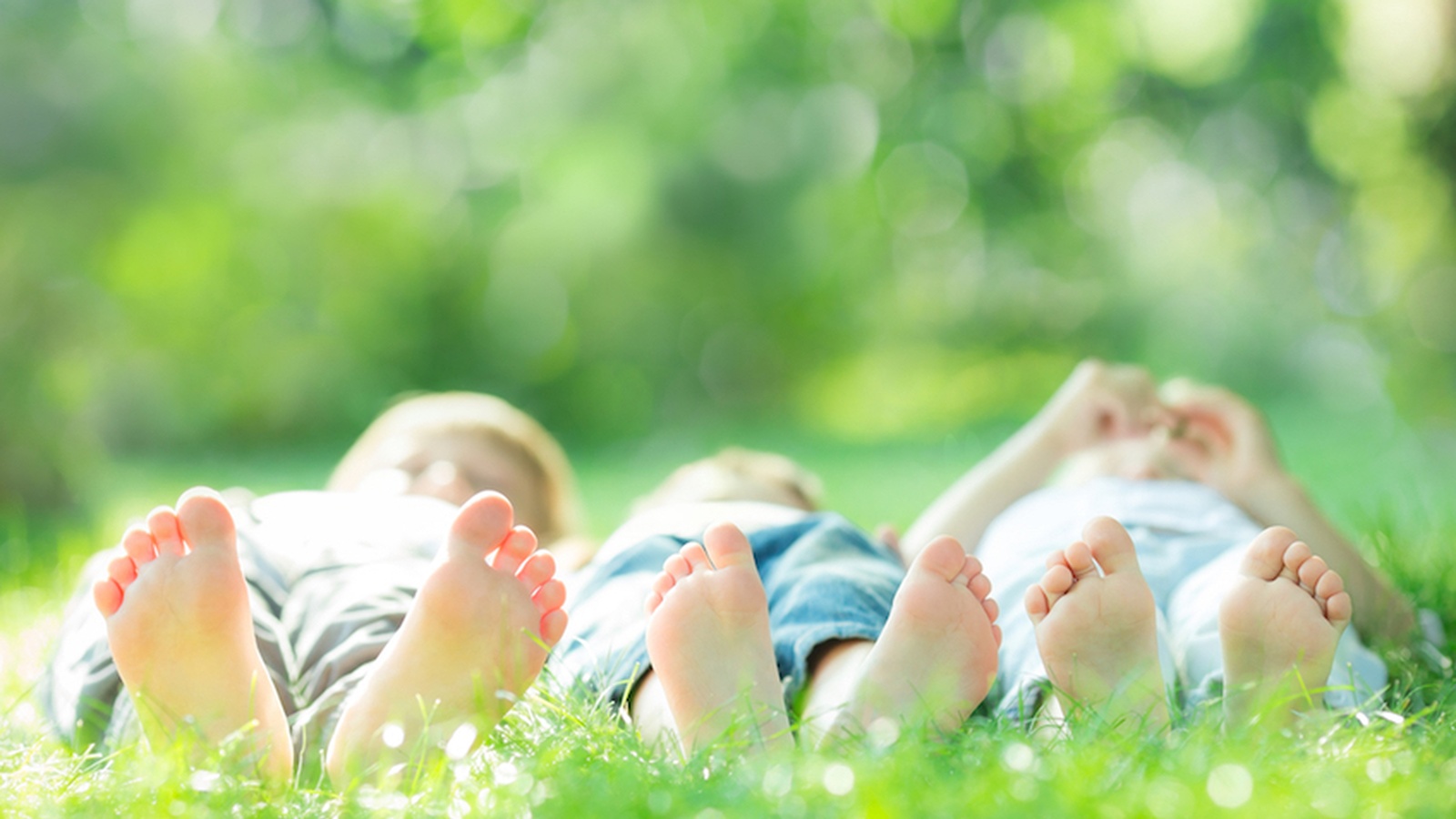 The Mental Health Benefits of A Simple Childhood

Have you looked around a cafe or mall recently and noticed how many children are glued to their Mom’s tablet or smartphone? Even worse, the hundreds of kids chasing imaginary Pokemon, completely unaware of their surroundings?

Childhood, as I remember it, was so much simpler. I had to either play with other kids or use my imagination to keep myself occupied. Now as I guide Hugo on his journey, I can't help but notice a contrasting lack of simplicity in his daily environment. I visualize him growing up as a free-spirited, adventurous kid without the restraints of cotton-wool parenting or countless hours spent staring at a screen. Yet there are so many other elements in our modern culture that can prevent children from living the life of innocence and vitality that nature intended.

Professor Jean Twenge from San Diego State University conducted a study using data from large sample groups of high school students throughout the United States. The results pointed to a distressingly steady increase in mental health disorders such as anxiety and depression within children, adolescents and young adults over the last five decades.

So why aren't our kids thriving?

The Burden of Complexity

During the early years of his career, Simplicity Parenting author Kim John Payne was a volunteer at Indonesian refugee camps, where many children were dealing with PTS (post-traumatic stress) disorder. Payne observed these kids over a period of time and described them as, “jumpy, nervous, and hyper-vigilant, wary of anything novel or new.”

In contrast to that experience, many years later Payne recorded the same behavioral inclinations among affluent English children who attended his private practice. Why would the kids living in typically safe environments display similar symptoms to those living in war zones? Payne explains that despite the English children being physically safe, their mental state did not acknowledge that safety. He indicates that the children were “privy to their parents’ fears, drives, ambitions, and the very fast pace of their lives" and as a result, suffered from a “cumulative stress reaction” which drove them to develop their own coping mechanisms in order to feel safe.

The complexity of our modern civilization is becoming a growing burden on our kids. Day after day they are overloaded with new information, hypnotized by technology, confused by society's moral ambiguity and bombarded with a multitude of corrupt media - which is exceedingly accessible and almost impossible for a young mind to ignore. They spend less time climbing trees, getting dirty, scraping their knees and exploring the magnificent expanse of their natural surroundings. When children feel overwhelmed they miss out on the valuable downtime that they need in order to play and discharge stress. Too many choices at a child's disposal can absorb their happiness by robbing them of the opportunity to experience boredom - which is an essential stimulant for creativity and self-directed play.

A child's freedom to play and explore by themselves, independent of immediate adult supervision, has experienced a sharp decline in recent decades. Some research shows that kids today spend 56% more time in front of screens than they do playing outside and just 6% of children ages 9 - 13 play outside on their own. The avenues by which children have historically learned to solve their own problems have now been taken away from them and replaced with controlled school environments that often discourage natural development.

As parents, it's easy to fall into the trap of feeling like we are protecting our kids when, in fact, we are actually in danger of reducing their enjoyment of life by diminishing their sense of self and preventing them from discovering true passions. Unsurprisingly, this increases the odds that they will suffer from anxiety, depression, and other mental health disorders.

In a typical modern schooling system, more weight is given to tests and grades than the furtherment of a child's natural development. Children learn quickly that their own preferences and judgment of competence doesn't count; what counts is their teachers' preferences and judgment. In the minds of most students, the goal in class is not proficiency; it's good grades. Given a choice between truly understanding a subject or achieving an A grade, the majority of students today would choose the latter.

Too Cool For Pre-School

Scandinavian culture has a tradition of using the outdoors as a learning environment, not just a place where kids can let off steam. Kindergarten-aged children in these areas attend "forest schools" where they are free to run through mud, swing sticks around, climb trees and immerse themselves in nature. Adults are present of course, but a strong emphasis is placed on allowing the kids to learn through their own evolutionary mechanisms rather than having their actions controlled. In some forest schools, children are even taught basic survival skills and are allowed to use knives and other tools to further their abilities. Other learning activities include preparing garden beds, planting seedlings and understanding the ancient cycle of sowing, nurturing and harvesting crops. They are encouraged to ask as many questions as they can, which often leads to group discussions and spontaneous interactive learning as a result of each child having the opportunity to express their views.

The Solution Is Simple.

It’s so easy to read these sorts of articles and feel overwhelmed, but the solution is beautifully simple and you’re not going to be doing this alone. Here are a few fundamental ways that I have begun to implement the wisdom of these teachings in Hugo’s life.

Gardening is an amazing way to get your kids into nature, and, in most cases, they will become so fascinated with the process that they forget about movies and video games almost immediately. Even if you only have a small herb garden or some pot plants, be sure to involve your child in the whole process and teach them how to maintain the garden so that they feel a sense of independence and responsibility. There’s nothing like pulling out your first carrot or picking your first snow pea and eating it right there in the garden!

Play is the most powerful version of self-directed learning that a child can engage in. More and more research is pointing to the fact that kids are spending too much time indoors, and as a result their physical abilities are diminishing, leading to growing rates of child obesity. I love it when Hugo runs around outside, climbs trees, gets dirty and even comes home with a few scrapes and bruises. There’s nothing wrong with your child honing their evolutionary instincts out in the “wild”!

I believe that a child should have no more than 1 hour of screen time each day. While it’s important for your kids to “keep up” with technology to avoid falling behind from an educational perspective, it’s a good idea to implement time limits on digital devices and television. For most of us that seems like common sense, however it gets complicated when you have a very cranky 4-year-old who just wants to watch their favorite cartoon, so try to make the alternative (preferably something outdoors) irresistibly exciting so that they actually want to walk away from the screen!

There are so many fun & simple ways we can engage our children today in order to improve their mental health outcomes in the future!

We’d love to know what you think about kids’ mental health in the comments below!