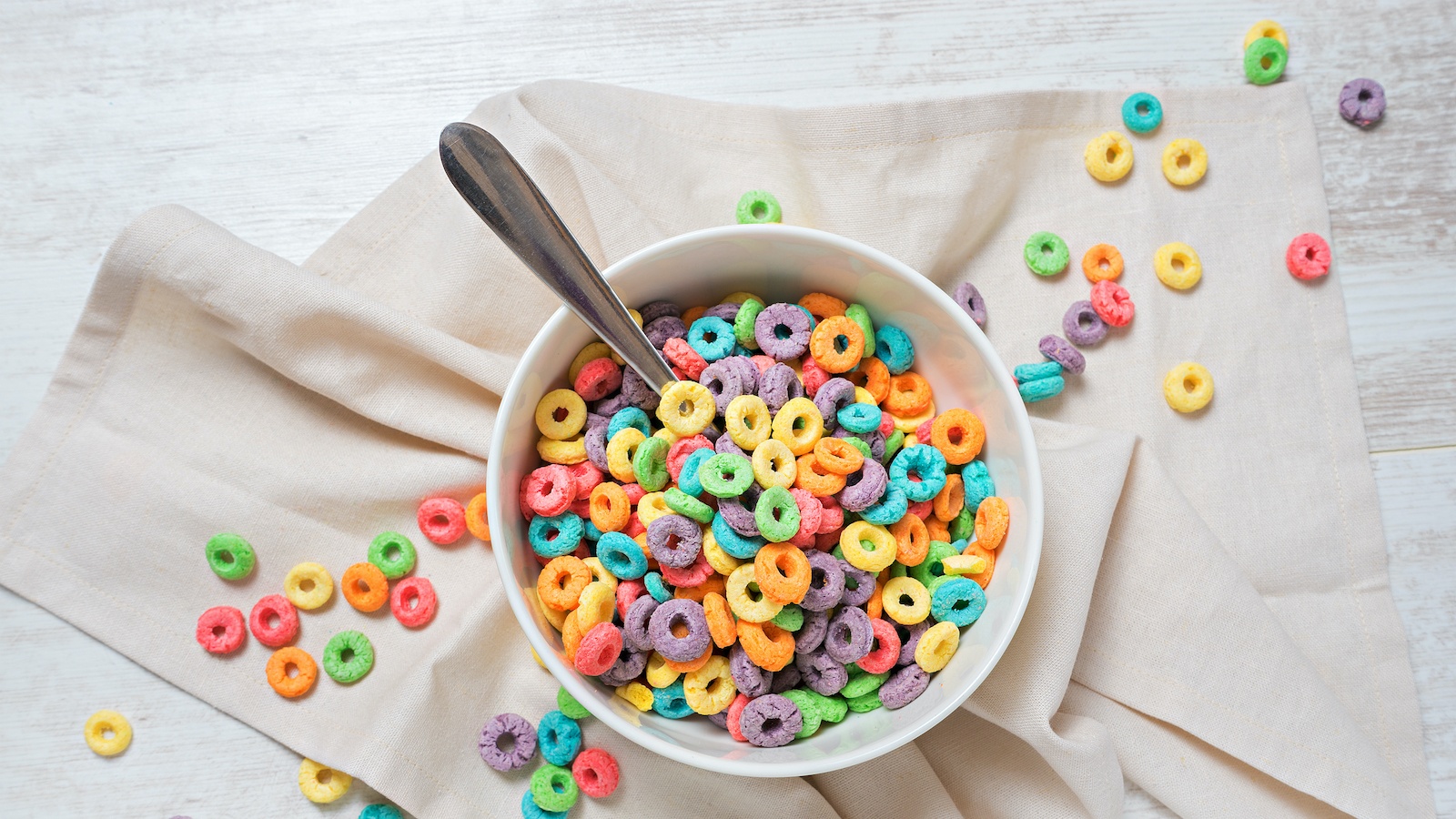 Even after all my time in the nutrition industry, there are still things that catch me by surprise. They shouldn’t anymore, but they do. And this latest one was a shocker. Did you know that there are such things as blue fruit loops? If you live in America of course you do. But for me, being brought up in Australia and New Zealand, I didn’t have a clue. That’s because blue fruit loops have been banned in Australia (as well as England), but for some reason, they’re still okay in America.

We all know the impact that some chemicals can have on our body - the evidence is there and we can’t ignore it. And these agencies like the FDA are set up to supposedly regulate this and protect us consumers who aren’t quite sure. But sometimes that isn’t always the case - and it seems to ring true for blue fruit loops.

I only found this out as a colleague mentioned it to me in passing, and being the curious food journalist I am, I had to descend the rabbit hole and explore this further. And what I’ve found didn’t surprise me one bit…

So to begin, I just need to remind you, that blue fruit loops are banned in Australia and England, as well as many other countries in the world. If you’re in America, chances are you’re still eating them. And here’s why this is problematic.

The blue fruit loops were banned because, in Australia and Europe, Kellogs doesn’t use any artificial colors. That means all of the other colors have natural alternatives - but one is yet to be found for blue. And to be honest, there’s good reason for adopting this natural approach.

Blue food coloring, otherwise known as 133, E113, or brilliant blue FCF, is a known carcinogen, is derived from petroleum, and has been linked to allergic reactions, asthma, and gastrointestinal symptoms. It may also cause hyperactivity, and is prohibited in foods for infants as it is a suspected mutagen (despite featuring in this popular children’s cereal).

And that’s not to mention the effects of the other colors present. So you know what most countries have done? They’ve adopted orange, green, and purple as their chosen colors. America, on the other hand, continues to feed this carcinogenic coloring to the masses.

Look, we know our audience typically prefers smoothies and baked oats over a bowl of fruit loops, so it may not apply to you - but at the very least take it as a word of caution. And at least share the news with your friends and family members; you’ll be looking out for their health in the long run.